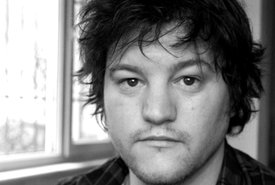 Craig Shaw is the Director of The Black Sea Foundation. As a journalist, he has worked on human rights, political corruption, financial and organised crime reporting, and transnational investigative projects.

Shaw began publishing on Turkey for The Black Sea around 2015, and would go on to develop a small investigative team which took part in the EIC Network's Football Leaks investigation in 2016. These reports revealed the dirty deals of Turkish football, and the political and criminal connections of the family behind Doyen Sports, the principal actors in Football Leaks data. The project was nominated for numerous country and international awards.

Shaw led EIC Network's next project, Malta Files, published in May 2017, a cross-border investigation into how international companies and politicians use Malta as a pirate base for tax avoidance and secrecy in the EU. Among the revelations were how the Turkey's political elite used Malta to hide wealth and dirty deals; among them the families of President Erdoğan, and the prime minister Binali Yıldırım.

He was the co-coordinator for EIC's fourth investigative project: "Billions for Borders: How the EU pays Turkey to keep out refugees." The reporting uncovered details of the secret arrangement and disputes between EU countries and agencies implementing the bloc's refugee plan on Turkey .

Other reporting for The Black Sea includes journalistic collaborations into the theft of billions from a Portuguese-Angolan bank; the Mafia connections of an Italian ambassador to the UN; and several pieces on Turkey with Der Spiegel magazine.

In 2022, he co-established Stichting The Black Sea, a non-profit organisation in Amsterdam, which publishes theblacksea.eu