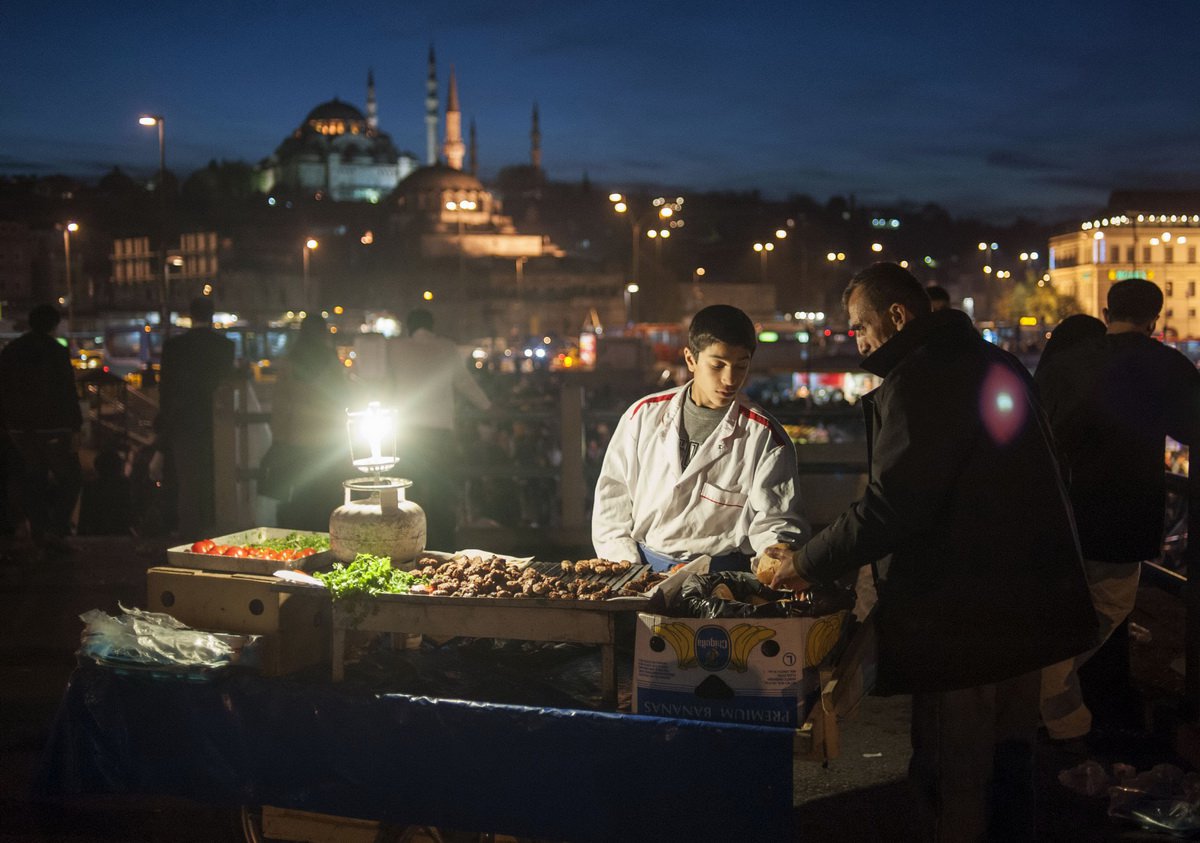 At least 150 children were killed at work in Turkey in the past three years, in a boom economy built on low regulation and a disregard for human rights.

Half the children died while working in agriculture - such as growing apricots, cotton and strawberries.

These goods are cheap to buy for European wholesalers, and end up on the shelves of supermarkets in Europe, including Britain, Germany and France.

Six-year-old Yücel Arı was hit by a speeding car and killed while collecting cardboard boxes to sell.

Bayram Yıldız, sixteen years old, worked in a poultry factory in Manisa, Izmir, near the west coast. He fell into a machine for plucking chickens, broke his neck and was electrocuted.

Çetin and Türkan Akdogan, siblings aged ten and 12, worked on a farm in rural Adana, South Turkey. On their way to the field, Çetin fell into an irrigation canal and drowned. Türkan died trying to save him.

The youngest victim is Mehmet Emin Sekmen - aged only 18 months.

Mehmet's mother was a seasonal farmer working in Konya. With no state care available to her, she was forced to take Mehmet to work in the fields alongside her. A tractor ran over him as he slept.

Mehmet was not a "child worker". He nevertheless remains a victim of failing safety measures and poor social assistance. The Turkish state provides no financial assistance to families, even single mothers. The only way for them to obtain money is to work. Mehmet’s mother had no choice but to take him to the field that day.

But the data published is unofficial. The Turkish state refuses to release its own figures and publicly ministers claim the death toll is fewer than ten.

Experts contacted by The Black Sea, however, all agree that real number of dead is likely far higher than the 150 or so confirmed cases.

The International Labor Organization (ILO) and United Nations say that child labor is performed by anyone under the age of 18, but which "deprives children of their childhood, their potential and their dignity, and is harmful to physical and mental development.”

After years of rapid decline in Turkey, child labor rose between 2006 and 2012 to nearly 900,000.The documented rise is small, but represents 14,000 children, mostly between five and 14, and occurred before Turkey’s governing AKP administration's recent repressive labor policies [Click here for more].

Most countries accept that light work by older teenagers does not harm their development, but the cases documented in this list fall outside of these exclusions.

Should these children and young workers have been elsewhere at the time of their deaths, such as at school or home? Children lose their lives because they find themselves in environments designed for adults and without oversight.

The data collected by worker rights groups in Turkey, checked by The Black Sea, reveal that 48 children died in traffic-related accidents. Drowning is the second most common cause, with 25 deaths. Children being crushed to death is third, with 23.

Around half of the deaths, 76, occurred in the agricultural sector, which includes shepherding. The second and third highest industry deaths are local, small businesses, such as trade shops and construction.

Thirty eight of the children were under 14. But, according to UNICEF Turkey’s social policy officer, Iraz Öykü Soyalp, younger working children are likely to be underrepresented because they are hired in less visible and less-controlled industries, such as agriculture and street work.

"Children who have died in seasonal agriculture, [often do so] moving from one field to another," she says, "so [these deaths] are not reported."

Soyalp told us that the systems in place for documenting seasonal labor force are ineffective.

Seasonal workers usually deal with intermediaries, who arrange for families to move across Turkey over a nine-month period. By law, these agencies must be certified and report worker numbers to the Turkish Employment Agency. But this rarely happens, says Soyalp.

Products farmed in Turkey include cotton, strawberries, tobacco and apricots; goods which end up in supermarkets in Europe, Turkey’s largest customer.

The country is also the world’s biggest producer of apricots. In 2013/14 five children, aged between 14 and 16, died while picking the fruit. A vast majority of European supermarkets stock Turkish apricots.

Four of the five died in the Malatya and Elazıg regions, in south-east Turkey, where most of the country’s apricots grow.

In neighbouring Diyarbakır, eleven year-old Dijle Karakaş died in a traffic accident in September last year while travelling back from the Black Sea region where she had picked nuts.

In 2015, Turkey set up a commission to investigate ways of "improving living and working conditions of seasonal agricultural workers," which contains language specifically tailored to the problem of child labor. Something to which both ILO and UNICEF lend their support.

The commission is a positive step, say many politicians and rights organisations, but half the deaths reported in the data are not related to agriculture or seasonal work, where most of the government, UNICEF and ILO programmes are focused.

Last year, the AKP-run Grand Assembly refused to consider a proposal to set up a commission to investigate child labor deaths in general. The reason was party politics, argues Ozgur Ozel, the Republic Peoples' Party (CHP) MP who authored the proposal.

Ozel, who represents Manisa in west Turkey, tells us that the AKP routinely snubs proposals not presented by its own members. In ten years, he said, there were “2,000 proposals from CHP members to set up commissions. The AKP members rejected them all.”

Refugees die with no name

In major cities like Istanbul, Ankara and Diyarbakir, children as young as three or four beg in the streets.The war in Syria has created a humanitarian crisis, and this year the numbers of Syrian refugees fleeing to Turkey will rise to over two million, more than half of them children.

Cities across the country are witnessing an influx of Syrian children working in fields and asking for money in the public squares of large towns. After finding no deaths in 2012 or 2013, research by worker and children's rights agencies shows that at least five Syrian children died working in Turkey in 2014.

In March 2015, local Turkish news reported that 13 Syrians died in a bus crash four in Sanliurfa, southeast Turkey. All were travelling to fields to pick sugarbeet. Among them were four girls. The autopsy claimed they were under 18 years of age.

No one can be sure of how old they were because they remain unidentified. The bodies of the girls were taken from the morgue and buried without ceremony or family in the local Kimsesizler Mezarlıgı.

This is Turkish for “cemetery of the nameless”.