The Black Sea’s Football Leaks reporting has been vindicated after a two-year legal battle in Romanian courts. In a ruling on Wednesday, the judge rejected the action brought by Tevfik Arif, Arif Efendi and Doyen Sports Investment Limited, the subject of a series of stories from 2016.

The judge has yet to issue a full, written judgment and reasoning on the decision, but nevertheless found the complaints by the Arifs to be “unfounded.”

Two years after publication of Football Leaks, Tevfik Arif, his son, Arif Efendi (aka Arif Arifov), and their Malta-based Doyen Sports Investment Limited, sued the Romanian Centre for Investigative Journalism (CRJI) in Bucharest during the last days of 2018. CRJI members had established The Black Sea as a project in 2013.

The Arifs filed two actions, at first a temporary gag order - obtained without a hearing or the knowledge of the journalists – that demanded every story on The Black Sea’s website which mentioned the Arifs be taken down. They then filed two further “emergency orders” intended to keep the stories offline and forbid journalists, and associated investigative groups, from publishing anything about the family or their companies in the future.

The stories remained available on The Black Sea’s website throughout the protracted legal case, which saw the Arifs and Doyen Sports requesting postponement around half a dozen times. As the trial experienced continued delays, CRJI accrued fines of 1000 RON (aprox €200) for each day the stories stayed online. The gag order has so far produced a penalty of almost €70,000 for CRJI, one of the oldest non-profit investigative centres in Europe.

The additional complaints to have the stories permanently removed were on the basis that the journalism was defamatory, based on hacked documents, and had harmed their ability to do business and obtain bank accounts. They also targeted Njalla, The Black Sea’s domain registrar, to force them to remove the stories. The company resisted the efforts.

But in a shocking disregard for privacy, during the course of proceedings, the Arif family lawyers were able to obtain personal and private information, including the full names and full home addresses, of journalists associated with CRJI and The Black Sea from the EU Domain registry EURID. 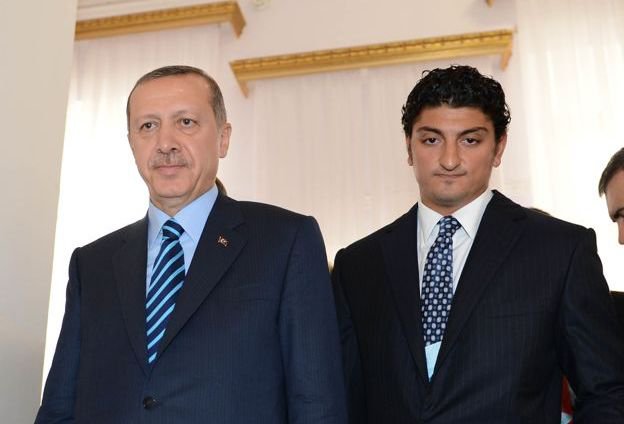 The suit stems from reports more than four years ago. In November 2016, The Black Sea and its partners in the European Investigative Collaborations network co-published the Football Leaks investigation, an expose of football’s dirty dealings, based on more than 11 million leaked documents, 3.4 terabytes of data.

The reporting led to official investigations for tax fraud and money laundering, some of which are still ongoing.

Among the main subjects of the investigation were the wealthy and highly secretive Arifs, a Kazakh-Turkish family, with strong ties to post-Soviet oligarchs, organised crime, and world leaders, like Donald Trump and Recep Tayyip Erdoğan. The brothers Tevfik (aka Tofik Arifov) and Refik Arif were the chief actors in the operations, but the new generation of children, including Arif Efendi, Tevfik’s son, began to emerge in the business.

It was reported that Arifs’ vast fortune stems from a deliberately obfuscated ownership of a polluting chrome foundry in Aktobe, Kazakhstan, known as ACCP – ownership the family are desperate to remain hidden.

Since the mid-1990s, the profits from ACCP – roughly $2bn according to our analysis and documents we’ve seen – appear to have been funnelled out of Kazakhstan via a series of offshore companies and money laundering schemes, facilitating generations of the Arifs to live lavish lifestyles, flying via private planes to series of luxury homes in Istanbul, London and New York.

But it also permitted the family to enter other industries: real estate, with Donald Trump, construction and hotels, commodities trading, and deals in the Turkish energy sector, such as a gas project with Sitki Ayan, suspected of bribing the President Erdoğan for tax abatements.

In later years, when Tevfik’s son, Arif, wanted to forge his own future, by entering into football’s since-banned third party ownership (TPO) business and commodities trading, he, too, tapped the chrome factory for funds. He borrowed tens of millions of dollars to finance Doyen Sports and Doyen Capital in London.

It was Doyen’s dealings in European football that caused its operation to be blown open. Targeted by the Football Leaks whistle-blowers, Doyen’s secrets fell into the hands of German weekly magazine, Der Spiegel, along with massive amounts of unconnected data. Der Spiegel shared the data with EIC network partners.

Football Leaks’s data revealed information about the world's biggest clubs, and Fifa and Uefa, but also about the offices where secret deals are forged between clubs, players and agents.

The face of 'Football Leaks' is 'John', a then anonymous whistleblower wishing to expose abuses in the international soccer world. In 2019, John was arrested and identified as Rui Pinto, a young Portuguese national. 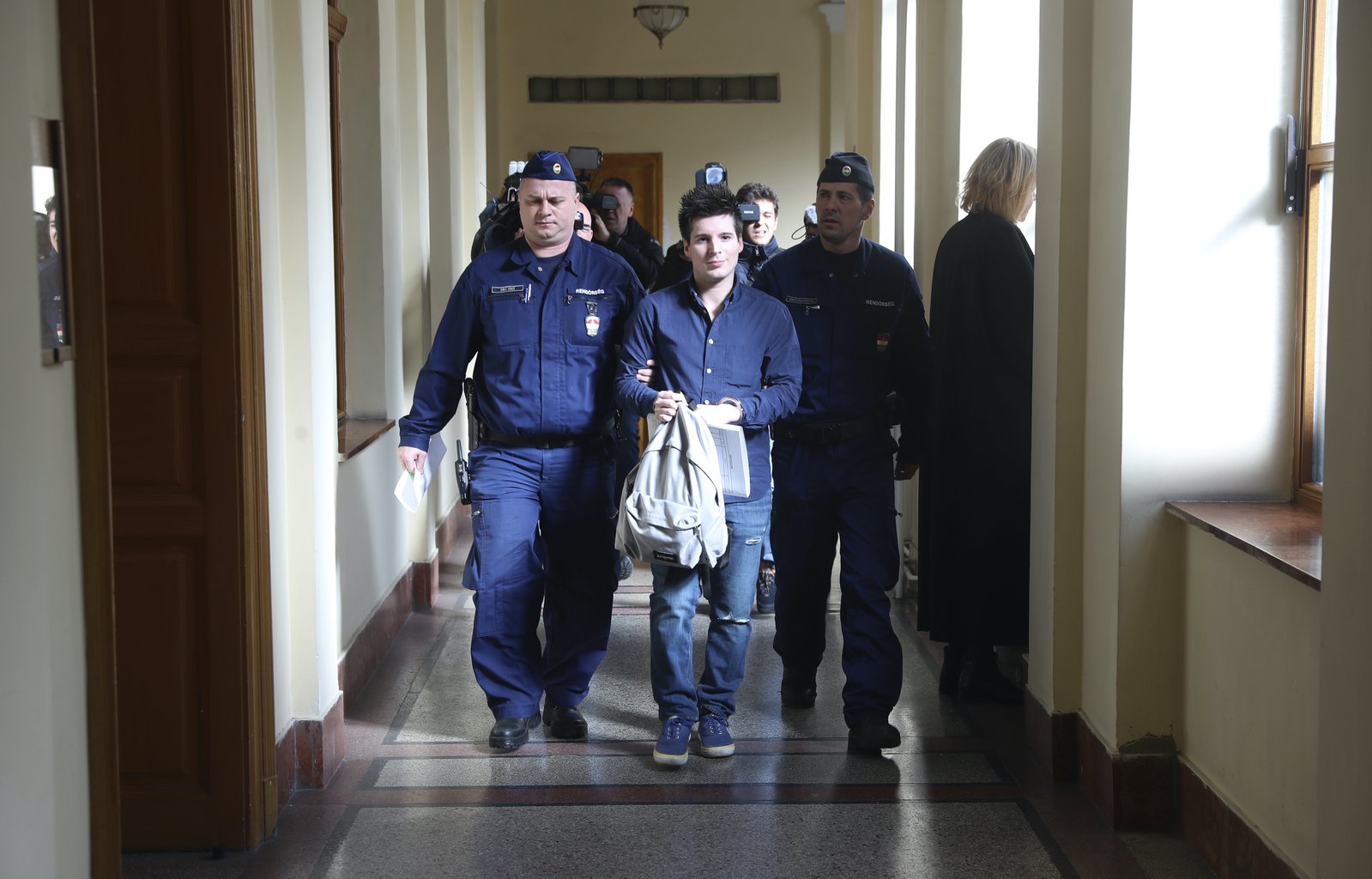 Rui Pinto during his extradition hearing in Budapest, Hungary

Pinto remained in pretrial arrest for more than a year. Since last year, he has been cooperating with the Portuguese prosecutors. He handed over 17,5 terabyte of data to authorities and is now living in a whistleblower protection program at a secret location in Portugal. Pinto, who was also a source of “Malta Files” and “Luanda Leaks” is currently on trial in Portugal on suspicion of hacking, among other charges.

Despite EIC partners publishing similar allegations against the Arifs back in 2016, The Black Sea was the only publication targeted by the family. In the years since publication, they made multiple attempts to remove links and references to the stories in Google search results, using the EU’s “right to be forgotten” laws. Google rejected their requests, citing the public interest nature of The Black Sea’s journalism.

Stefan Candea, coordinator of the EIC Network, and President of CRJI told The Black Sea: “We must thank our lawyer, Diana Hatneanu, who, on her own, defeated the lawyers of Doyen and Arif, who had been represented by Stoica & Asociatii, the law office of Valeriu Stoica, the former Liberal Party Minister of Justice.”

He also thanks Media Defence for its valuable legal support, and criticised the EURid (the .eu domain registry manager) for providing the Arif lawyers, within hours* of the request and without warning, the full names and full home address of every journalist who’d ever owned theblacksea.eu.

*CORRECTION: EURid provided personal, private information to the German lawyers of the Arifs and Doyen within hours, not days.