Despite Turkey’s attack on Yes vote in Kurdish referendum, Ankara was a willing participant in secret oil contracts with Iraqi-Kurds, in defiance of Baghdad 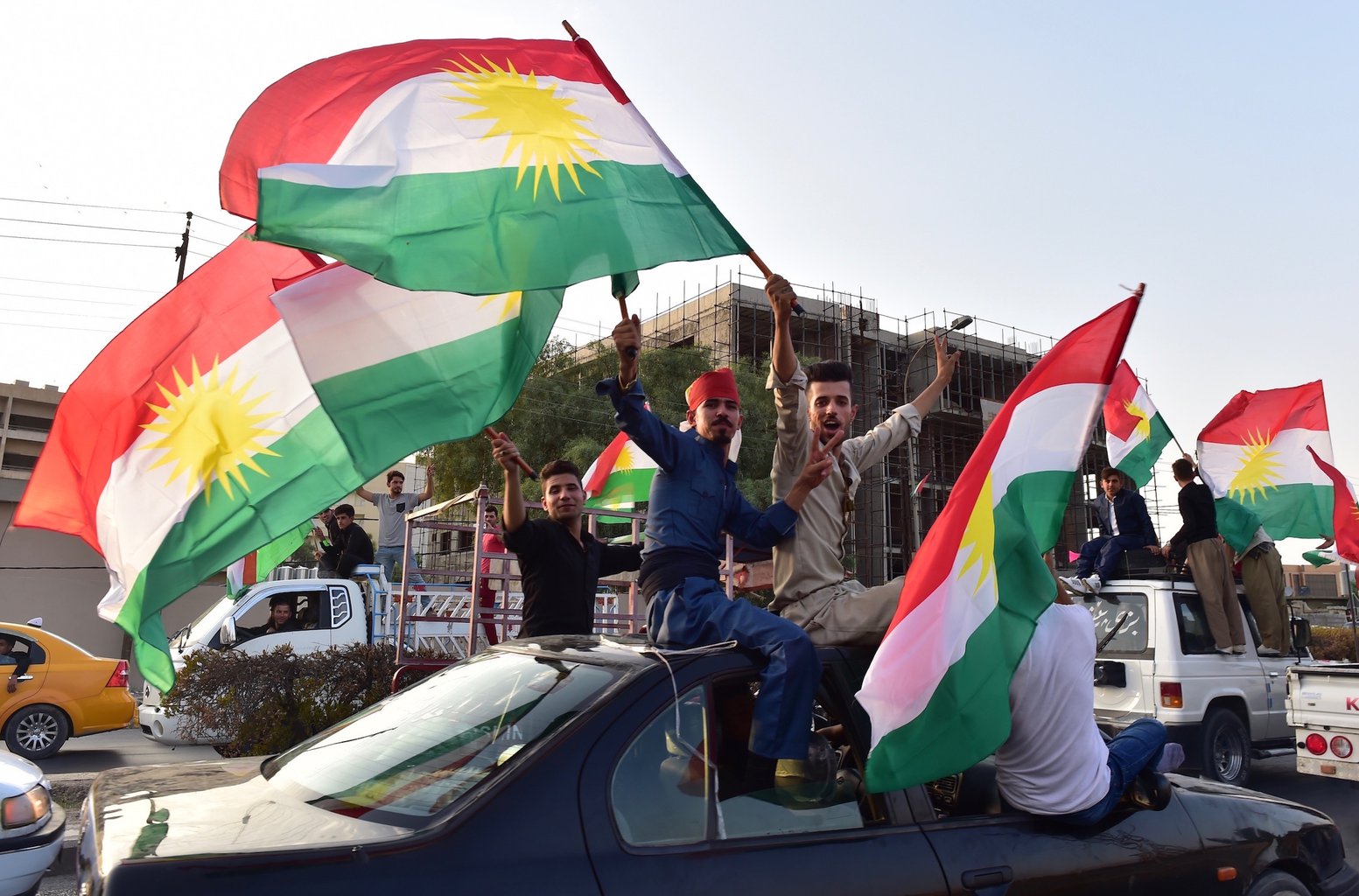 Kurds in Iraq are celebrating victory in a referendum that gives them a homeland, amid threats from powerful neighbour Turkey

Over 90 per cent of Northern-Iraqi Kurds voted in favour of declaring themselves independent of Baghdad and establishing a sovereign Kurdish state last month. This was a historic moment for a people who have fought for over hundred years to establish a permanent homeland.

Outside of northern Iraq, few are celebrating. The governments of Iraq, Syria, Iran and the United States all opposed the referendum. Siding with this rare accord between the Middle East and America are Turkey’s leaders, who are concerned about the effect of an independent Kurdistan on the actions of their own country’s 14 million Kurds.

In the weeks before the referendum, Turkish politicians unleashed public anger towards Erbil, the capital of the Kurdistan Regional Government (KRG) in Northern Iraq. President Recep Tayyip Erdoğan called for the ballot to be cancelled, announcing, with a sense of foreboding, that a ‘Yes’ vote would create “new crises and conflicts” in a region already rife with civil war.

Even as the Iraqi-Kurds headed to the polls on 25 September, Erdogan continued to vent his outrage throughout the day. He declared that Turkey would not “turn a blind eye to the establishment of a new entity on our borders,“ while threatening military intervention, famine-inducing sanctions and cutting the Kurds’ access to the Kirkuk-Ceyhan pipeline – the main route for shifting oil out of the region and into Turkey.

Once the results were announced, Ankara retaliated politically. According to Iraqi prime minister, Haider al-Abadi, his counterpart in Ankara, Binali Yildirim, told him that Ankara would no longer negotiate energy deals with the KRG.

This sentiment was echoed by the Turkey’s deputy prime minister, Bekir Bozdağ. Turkey declared a ban on all flights to and from the semi-autonomous region, but so far there has been no military posturing, or serious sanctions.

Turkey’s public anger, however, betrays its private deal-making over the last few years.

Turkey has always opposed - often violently - any Kurdish state, especially among its own population, but leaked emails from the country‘s energy minister - and Erdoğan‘s son-in-law - Berat Albayrak, tell a story of close cooperation between the two sides.

This partnership is centred on a resource which Turkey lacks, but Iraqi Kurdistan has in abundance: oil

Here is where Ankara has played a significant role in helping the KRG fortify its path to independence. Firstly, by encouraging Erbil’s defiance of Baghdad by signing oil deals behind its back, and then by propping up the Kurdish petrostate with billions in loans when oil prices collapsed and the Iraqi Federal Government slashed its budget.

So close is the relationship that, in 2016, when the KRG faced huge debts, a Kurdish government minister offered Turkey “significant interest” in northern Iraq oil and gas fields in return for 3.7 billion dollars bailout money, according to leaked emails of the country’s energy minister, Albayrak. 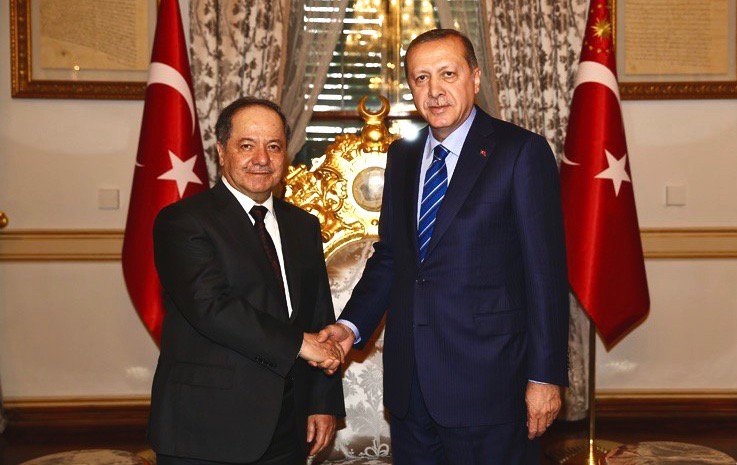 Kurds have demanded a state since the fall of the Ottoman Empire nearly a hundred years ago. Every deal made with the Kurds since the First World war - by the Brits, the Turks, Americans, Iraqis - was reneged upon. Current KRG President Masoud Barzani’s father Mustafa came closest after leading an insurgency against Baghdad in the 1940s and then serving in the Mahabad Republic —a short-lived Kurdish state founded in Iran.

The Iraqi-Kurds’ current fortunes were shaped by the U.S. invasion of Iraq in 2003, and the implementation of a new Iraqi constitution two years later. The governing document, for the first time, recognised the autonomy of the KRG - which has existed since the early 1990s - and codified its people’s right to a share of Iraq’s vast oil reserves.

For Kurds, the new legal standing was some restitution for years of persecution and near-genocidal aggression under Saddam Hussein.

For over ten years, the billions generated from international crude sales - much allegedly squirreled away due to corruption - has formed the basis for the KRG’s bid for independence, a move Baghdad tried to stifle.

But Ankara’s support was crucial.

The Turkish government’s secretive oil deals with the KRG started in 2011, when Turkey granted a newly formed company, PowerTrans, the sole licence to transport Northern Iraqi oil through its pipelines. It was a lucrative deal. So it was unsurprising when it emerged that PowerTrans was run by Albayrak, then CEO of Çalık Holding, the giant Turkish conglomerate.

Over the next few years, Turkey struck further pacts with the KRG. In May 2012, the two countries made headlines after it was revealed they had signed a secret, direct-pipeline deal - again without the approval of the Iraqi government.

For Baghdad, already angry over the “illegal” PowerTrans exports, this 2012 contract was a red line. It retaliated by stopping the wages to Northern Iraqi workers. Fortunately for the Kurds, Erdoğan stepped in and reputedly provided two billion USD in emergency loans, allowing the KRG to pay its workers and keep the lights on.

A second red line for Iraq was crossed a year later. Erdogan and Barzani signed a multi-billion-dollar contract granting Turkey access to 13 more oil fields, half of which were in cooperation with the U.S. energy giant, Exxon Mobil. The arrangement allowed for up to a million barrels per day to flow out of Northern Iraq though a recently constructed Kurdish pipeline. Turkey was entitled to buy and resell half of it.

Ankara provided Erbil with an account at the Turkish state-owned Halkbank, to accept deposits on the new contract. In an attempt to appease Baghdad, both the Turks and the Kurds claimed the cash would remain in Halkbank’s vault, untouched, until a revenue-sharing agreement could be worked out between the Kurds and a furious Iraqi Government.

In May 2014, KRG announced that “five percent of the sales revenue will be set aside in a separate account for reparations” for Baghdad. The Iraqi government responded drastically, issuing a notice to crude-traders, warning that any entity purchasing Kurdish oil was breaking the law and engaging in “smuggling”.

It then lodged complaints against the KRG and Turkey in international arbitration courts in Paris and London, arguing that the sales were a breach of sovereignty. 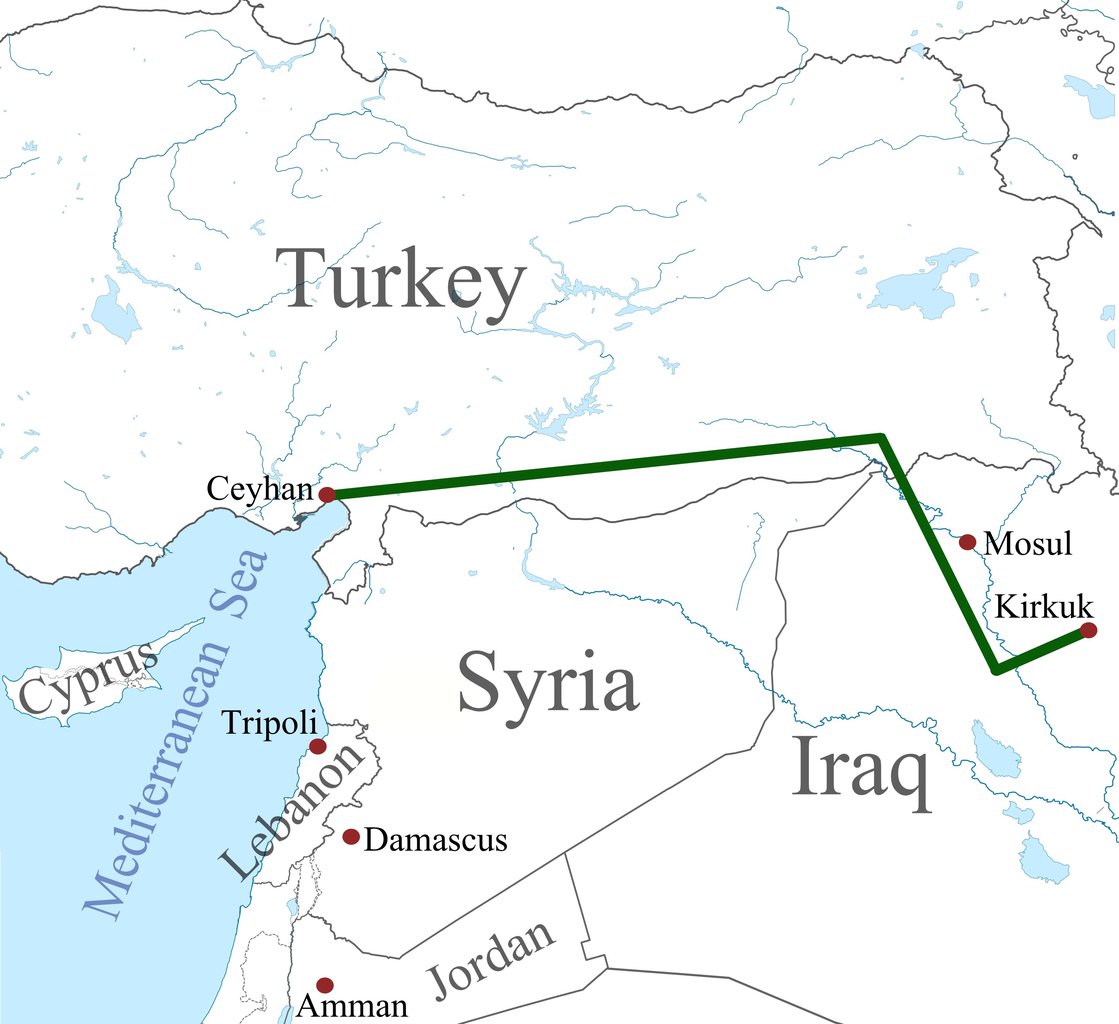 How Iraqi Kurdish oil gets to market: the Kirkuk-Ceyhan Pipeline

By 2015, the KRG was feeling the squeeze. As crude oil prices dropped to the lowest level in over a decade, the Iraqi government opted to further punish the Kurds for circumventing Baghdad’s authority with private oil deals, by ordering the closure of the Kirkuk oil pipeline.

During its crackdown, it had also blacklisted the Turkish transportation company responsible for shipping the oil to the international market. Ankara found a quick fix for this: Palmali Group, owned by Turkey-based shipping magnate Murbariz Mansimov, himself conducting secret business with the Erdogan family, took over the operation, reorganised the exports and kept the crude flowing.

Berat Albayrak had resigned as CEO of Çalık by this time and become a prominent member of Erdogan’s party, the AKP. He remained in close contact with his old company, however, as his leaked emails reveal. In August 2015, PowerTrans’s Iraq country manager, Dursun Ali Isguzar, raised concerns that the Kurdish President Masoud Barzani's tenure might soon come to an end: “If Barzani leaves office, the region will be highly affected,” Albayrak’s former colleague wrote. “Trade with Turkey will decline. It is believed that the oil trade will shift to Iran.”

Within three months, Albayrak would be appointed as the country’s energy minister, and Turkey was still on hand to facilitate KRG’s crude sales.

One of Albayrak’s ministry advisors, Tahsin Yazar, explained to him, in March 2016, that the KRG was in serious financial difficulty. Baghdad’s legal actions, he said, left Erbil unable to sell its oil on the open market, meaning it had only a “limited number of buyers”.

These traders, he said, were forced to sign ‘Special Purchase Agreements’, from whom the “KRG receives a hefty lump sum before it [delivers] the petrol.” This had generated over a billion dollars for the Kurds. The Iraqis, however, had squeezed the pipelines, reducing the KRG’s daily oil output by a quarter, from 600k per day to 450k, and therefore unable to deliver the billions worth of oil for which it had already been paid.

“It is rumoured,” Yazar told Albayrak, “that the KRG has debts of $15bn to various circles. And that approx. $3-5bn amount of this is owed to crude petrol buyers”.

Indeed, the Kurds were in financial trouble.

The day after, KRG Minister of Natural Resources, Ashti Hawrami, sent Albayrak - and the Turkish state - an offer. In a document marked ‘Strictly Private and Confidential’, he first explains how the “[Turkish and KRG] cooperation, among other things, has paved the way for KRG’s independent oil exports to the international market”.

The destabilising effects of Baghdad, ISIS attacks and falling oil prices, however, caused “financial difficulties” for the KRG.

Although Ankara had already bailed out the Kurds with loans, he writes, “the KRG now needs further financial assistance from the Turkish Side” to pay its bills. Hawrami asks for 3.74 billion USD. Although he presents several proposals, the KRG’s “preference” is to sell the Turks a significant interest in several Kurdish oil and gas fields - at greatly discounted prices - as well as guaranteeing the Turks will receive a minimum level of financial returns.

The outcome of these discussion is not documented in the leak. Nor did the KRG, Hawrami, or Albiayrak respond to our requests for clarification. Nevertheless, the Turks continued to facilitate the sale of the Kurds’ oil to a small group of traders, even if it has created problems in Baghdad.

A week after KRG President Barzani announced the date for the referendum, in June, an oil tanker carrying over 700,000 barrels of Kurdish crude left the southern Turkish port of Ceyhan - a major oil terminal which links to the Kirkuk pipeline. After a legal complaint from the Iraqi Government, a Canadian court ordered seizure of the oil tanker. Yet, four days after the referendum, another Canadian company announced an oil sales agreement with the KRG.

For now, the oil still flows - and so far Ankara’s sanctions are more talk than action. Though Turkey censored Kurdish TV channels and cancelled direct flights to the Iraqi Kurdish region, the border and the pipeline remain open.

Kurdistan’s rattled neighbour to the north is now trying to walk back years of pre-referendum deals dating as far back as 2011. In hindsight, this cheap oil, negotiated behind closed doors, might be more expensive than Turkey could ever have imagined.