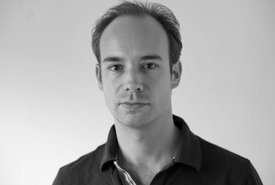 Michael Bird is a British journalist and writer based in Bucharest, Romania.

He specialises in features and investigations about Eastern Europe, with a focus on politics, drug addiction and urban crises.

Bird covered the HIV epidemic in Eastern Europe, for which he won the 2014 Award for Best Initiatives of European Online Investigative Journalism.

He other works include Football Leaks, a in a cross-border project based on the largest leak in sports history, undertaken with European Investigative Collaborations and spanning 14 countries, leading national media outlets and over 60 journalists. In 2016, he produced Eurocrimes, a data journalism project revealing the nationalities of criminals in 25 EU countries.

His work has featured in the Independent on Sunday, Politico, Tagesspiegel, Ukraine Today, Design Week, the New Statesman, EU Observer, Druglink magazine, Business Insider, and The Diplomat. He has reported for Deutsche Welle, and been interviewed on the 2017 Romanian protests for the BBC and Al Jazeera.