Paralyzed by home-made alternative to heroin 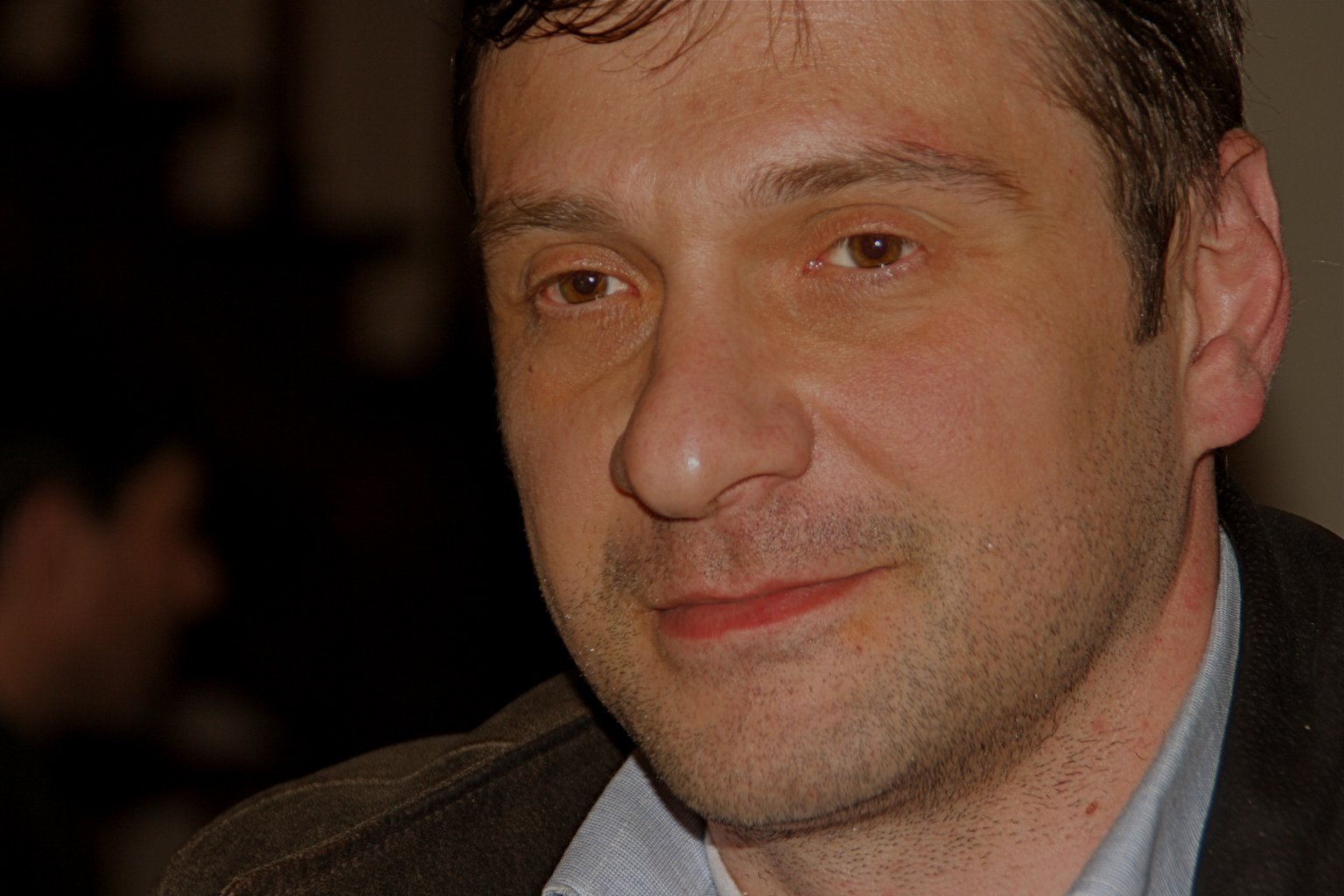 “Drug use did not make me feel cut off from society. It did not damage my day to day work. It was only enjoyment,” George, 38, Tbilisi

38 year-old George is ready to talk about his history of drug abuse in Tbilisi, Georgia. But first he has to meet me.

Now working as a social worker helping other addicts, he wants to move from a chair opposite his computer and travel three feet to a conference table.

There we can talk.

But the journey is tough.

A colleague walks over, leans down to the desk, places George’s arm around the back of his neck and pulls him up. Using short steps, he helps George navigate the distance, before easing him down onto another chair.

Both his legs are stiff and his head cannot turn. Between the index and middle finger of his right hand is stationed a cigarette, which he lifts towards his lips in a mechanical gesture.

George speaks with confidence, despite his mouth parting no more than a centimeter, as though every word he expresses is filtered through gritted teeth.

Since he was 18 and throughout his years as a student and graduate of medicine, he injected a raw form of heroin.

Along with friends, he used to drive from Tbilisi to Georgia’s mountainous region of Pankisi, near the border of the Russian region of Dagestan.

This was an uncontrolled territory where traffickers, often refugees from the war in Chechnya and Dagestan, would supply heroin to the Georgians.

Whenever a car would come back to Tbilisi from Pankisi, around 50 users would swarm over the vehicle, cash in their hands, ready to pick up their supply.

Working as a specialist in X-ray technology in the Institute of Neurology, he knew the risks of the drug.

“But I continued to do heroin because I liked it too much,” he says in clean English. “Drug using did not make me feel cut off from society. It did not damage my day to day work. It was only enjoyment.”

But following Georgia's Rose Revolution of 2003, incoming President Mikhail Saakashvili launched a war on drugs, cutting off the trade to the country.

This heroin drought forced addicts to switch to whatever drugs they could find.

In 2007, George learned from his neighbor about a home-made stimulant popular in Russia with ingredients on sale in his local pharmacy - cold and flu drug Actifed and aspirin.

To activate the ingredients into the bloodstream, users mixed in potassium permanganate - a compound used as a disinfectant and popular in children’s chemistry sets as a dye for turning water purple.

“You put everything together and mash it up and in five minutes it is ready,” says George.

Known as Jeff, the drug gives a hit for no longer than 15 minutes. For two months Georgia injected Jeff up to five times a day.

Soon his body closed up, his legs were stiff, his speech slowed and his head lost its flexibility.

“After a short time it was difficult to move,” he says.

Doctors first noticed paralysis among home-made drug users in Estonia in the mid-2000s. Jeff itself is based on the stimulant ephedrine contained in cold and flu remedies. Also known as a ‘methcathinone’, the mix is similar to Meth which raged across the States in the last two decades, but has yet to seduce a mass of Europe’s addicts.

“The problem is that people use potassium permanganate as an oxidation agent to make methcathinone and [people] inject the crude mixture directly,” says Simon Brandt, a member of the UK-based Independent Scientific Committee on Drugs (ISCD).

The potassium permanganate settles on the brain and slowly destroys the protective cover that surrounds nerve fibers in the brain and spinal cord, known as the myelin sheath.

This attack is similar to the behavior of Multiple Sclerosis.

Because the nerve cells stay without the protection of the myelin layer, the result is a lack of coordination, loss of sensation and paralysis, symptoms which resemble Parkinson’s Disease.

It only takes several months of intensive injections to reach this stage and the damage is permanent.

Doctors and harm reduction specialists are wary that Jeff is one weapon in an arsenal of home-made drugs that are causing physical destruction to users across eastern Europe with a ferocity in excess of the damage caused by heroin.

For George, a panacea to the pain was only possible with another drug - Vint, a long acting stimulant using red phosphorus from matchboxes and iodine, but which also contained potassium permanganate.

“It gives you relief - it makes you happy - it last for two days,” he says. “Coming down you can’t sleep. It tires you the next day. I did not sleep for one week because regular taking of Vint. But I liked it very much - it made me move better, it made me walk better.”

In 2009, the police stopped George on the street, forced him to take a urine test and searched his house. Inside, they found 0.0043 grammes of heroin.
Despite his physical disability, he was sentenced for up to 14 years on a possession charge, but stayed in prison for only 16 months.

Although he was estranged from his wife, every day he called his kids and had family visits once a month.

There were no drugs in prison.

“I had to cope,” he says. “But prison does not change the desire for drugs.”

When he came out heroin was still unavailable. Only depressant Krokodil and stimulant Vint were possible to cook up from pharmacy drugs, which he took regularly for three months.

“Together they are quite good,” he says. “Like heroin and cocaine.”

George found out about the New Vector clinic, a Tbilisi-based NGO which helps to rehabilitate drug users, offering them a chance to reintegrate into the community. It was his chance to get off drugs. “After a while, all you have is the need of the drug and not the pleasure,” he says.

So what made him stop?

“I don’t know.” says George. “Maybe I found out that it is quite damaging. Drugs in Georgia are damaging.”

Now he runs New Vector’s online drugs forum. His paralysis does not mean he cannot work a computer.

His son is seven and his daughter 14, so she is of an age where she can understand the situation. “She is disappointed,” he says, “but she loves me. She is happy I work here because I am helping drug users.”

George says if he could go back and change his habits he would never have taken Jeff. But when I push him on whether he regrets that first hit of heroin, he produces a wry smile.

All users will tell you they have not given up, he adds, that their addiction is just on pause.

“Once you know the taste,” says George, “it’s quite difficult to stay free.”

- For more on our reporting on drugs in Georgia, read: Krokodil sinks its teeth into persecuted Georgian drug community

and Smack in the USSR: How injecting drugs in the Soviet Union was socializing