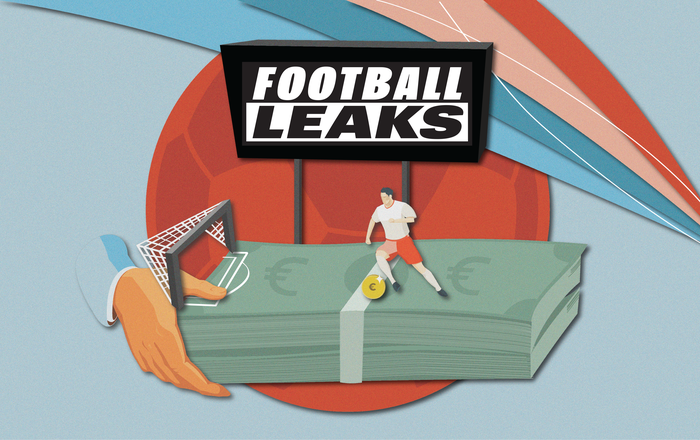 Named as the whistleblower for media exposé “Football Leaks”, Portuguese national Rui Pinto had begun a cooperation with the French National Financial Prosecutor's office (PNF), it has been revealed.

The 30 year-old was arrested in Hungary on Wednesday after a Portuguese court issued a European Arrest Warrant.

Following a court appearance today in Budapest, Pinto will remain under house arrest pending a hearing in the Hungarian capital in 60 days, when he faces possible extradition to Portugal.

Before his arrest, Pinto was working with the French National Financial Prosecutor's Office (PNF), concerning a criminal investigation for “aggravated tax fraud” opened by the PNF in December 2016.

This followed revelations from the Football Leaks documents published by media partners in the European Investigative Collaborations (EIC) network, of which The Black Sea is a part, into corruption in the world of football.

“There is an active cooperation between Rui Pinto and the French National Financial Prosecutor’s office,” said Pinto’s French lawyer William Bourdon. EIC has confirmed this information. Contacted by the network, the PNF declined to comment.

The PNF investigation was opened into the subject of the Paris Saint Germain midfielder Ángel Di María - who was finally cleared because he defrauded tax in Spain, but not in France - and his former teammate Javier Pastore, as well as Argentinian midfielder "Lucho" González, who was paid by clothing giant Adidas in Panama, while he was playing for Olympique de Marseille.

Bourdon also told EIC that Rui Pinto has agreed to cooperate with the Swiss Special Prosecutor Damian K. Graf, who was appointed on 23 November 2018 to lead a criminal investigation following Football Leaks revelations about the troubling relationship between the Swiss prosecutor Rinaldo Arnold and FIFA President Gianni Infantino.

“[My client] mandated me to answer favourably to the request for cooperation sent to him by the Swiss special prosecutor in charge of the criminal investigation about the relationship between a Swiss prosecutor and Fifa president Gianni Infantino,” said William Bourdon.

Damian K. Graf could not be reached by EIC for comment.

Following his arrest, Pinto’s cooperation with prosecutors in France and Switzerland has been halted.

Portuguese prosecutors suspect Pinto of an attempt at aggravated extortion, illegitimate access to information and violation of secrets, which are part of a criminal investigation by Portuguese police’s National Unit against Cybercrime. “I strongly contest the charges of attempted extortion against my client,” said Bourdon.

After more than 24 hours of police custody, Rui Pinto was in court this morning. The hearing was to determine whether Pinto would accept an extradition procedure where he would voluntarily return to Portugal, which he refused. Hungary now has 60 days to decide whether he can be extradited to Portugal, when a second hearing will take place.

Until then, the Budapest court released Pinto and placed him under house arrest at his home, where his movements will be controlled by an electronic bracelet.

Rui Pinto's French and Portuguese lawyers claimed he is a “whistleblower” and Pinto “meets all the criteria for protection of whistleblowers resulting from the latest provisions of European law,” they added in a statement.

Pinto’s case has also been supported by the French-American Foundation The Signals Network. “The public interest of the Football Leaks revelations is very high,” said the director general of the foundation, Delphine Halgand-Mishra.

“These leaks have been investigated by major international media organisations.. for several years,” she added. “Many of the Football Leaks revelations initiated judicial investigations across Europe, in France, in Switzerland, in Spain and even in the United States.”

“For all these reasons, Rui Pinto deserves to be supported by all those who are committed to defending press freedom and investigative journalism.”