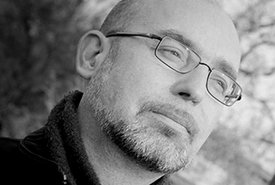 Blaž Zgaga is a well-known investigative journalist from Slovenia and an expert in arms trafficking, national security and defence, sports, and tax and financial issues. "Reporters Without Borders" named him as one of the "100 Information Heroes" during 2014

He is the co-author of "In the name of the state", the hit trilogy exposing the secret weapons smuggling in the Balkans during the armed conflicts of the 1990s. He worked on numerous transnational journalism projects; as the coordinator of ICIJ research in the former Yugoslavia and Albania for the Offshore Leaks project, one of the largest cross-border investigative reporting collaborations in history at the time, and as a reporter on Evicted and Abandoned, Swiss Leaks, and Secrecy for Sale.