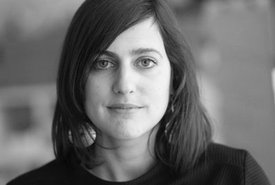 Margherita is an Italian freelance investigative reporter based in Germany.

She mostly writes about organised crime and her work has been published in various media outlets. She is an expert on mafia and co-authored the book "Die Mafia in Deutschland" (2017). She's fluent in Turkish and has worked on several investigations uncovering the dirty deals of German-Turkish arms trade.