Life in the Valley

For more than three decades, the residents of Dilovası in Turkey have lived under the destructive boot of industry. Photography by Petruț Călinescu. Text by Zeynep Şentek. 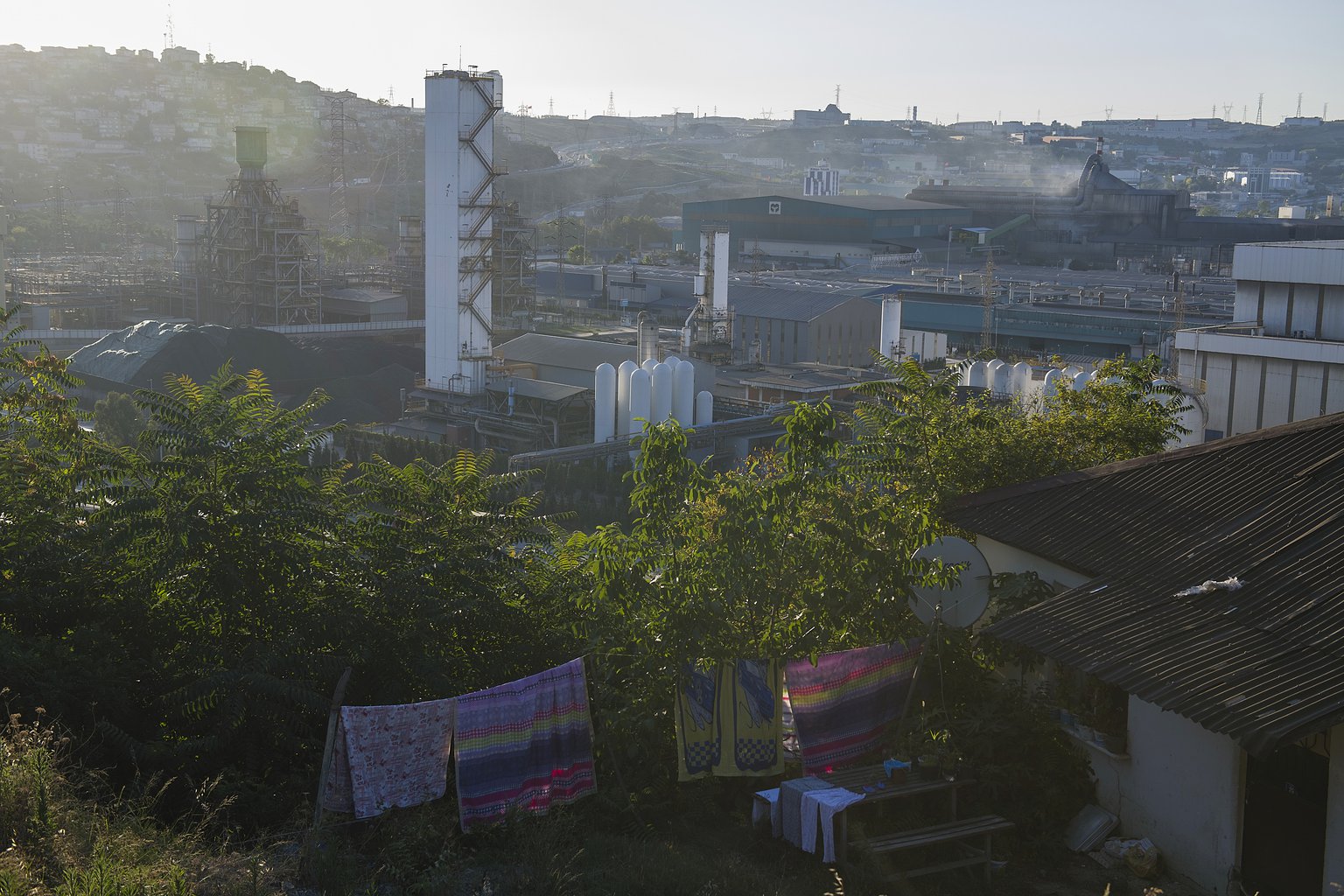 Since the 1980s, the uncontrolled spread of manufacturing industries in the tiny town of Dilovası has caused significant public health and environmental problems. Cancer rates are high and breathing problems endemic. Even the local sheep get sick. Yet thousands of companies continue operate in and profit from this region.

Around 15 percent of the factories are owned by brand name companies from the EU, mostly Germany, France, and the Netherlands.

The locals say that industry operates with impunity. The Turkish state has known about the devastating health and ecological effects for decades; and the country's parliamentary commission branded Dilovası a "public health disaster zone" in 2007.

But instead of defending the locals, the state chooses to further attract investment to the area by offering generous incentives to foreign and domestic companies. Even the European Bank of Reconstruction and Development, owned and financed by EU member states, provides hundreds of millions in financing to new and existing foreign companies that produce there.

The Black Sea visited the town on several occasions over the past eight months, to document the daily lives of locals, hear their stories, and see the effects of industry run amok. Many were warm and welcoming; others mistrustful and wary of strangers. But each had a story to tell, much like the factories and foundries that surround them.

More than anywhere else in Turkey, the town of Dilovası, and the wider Kocaeli region, is the scene of the inherent conflict between power, profits, and human rights. 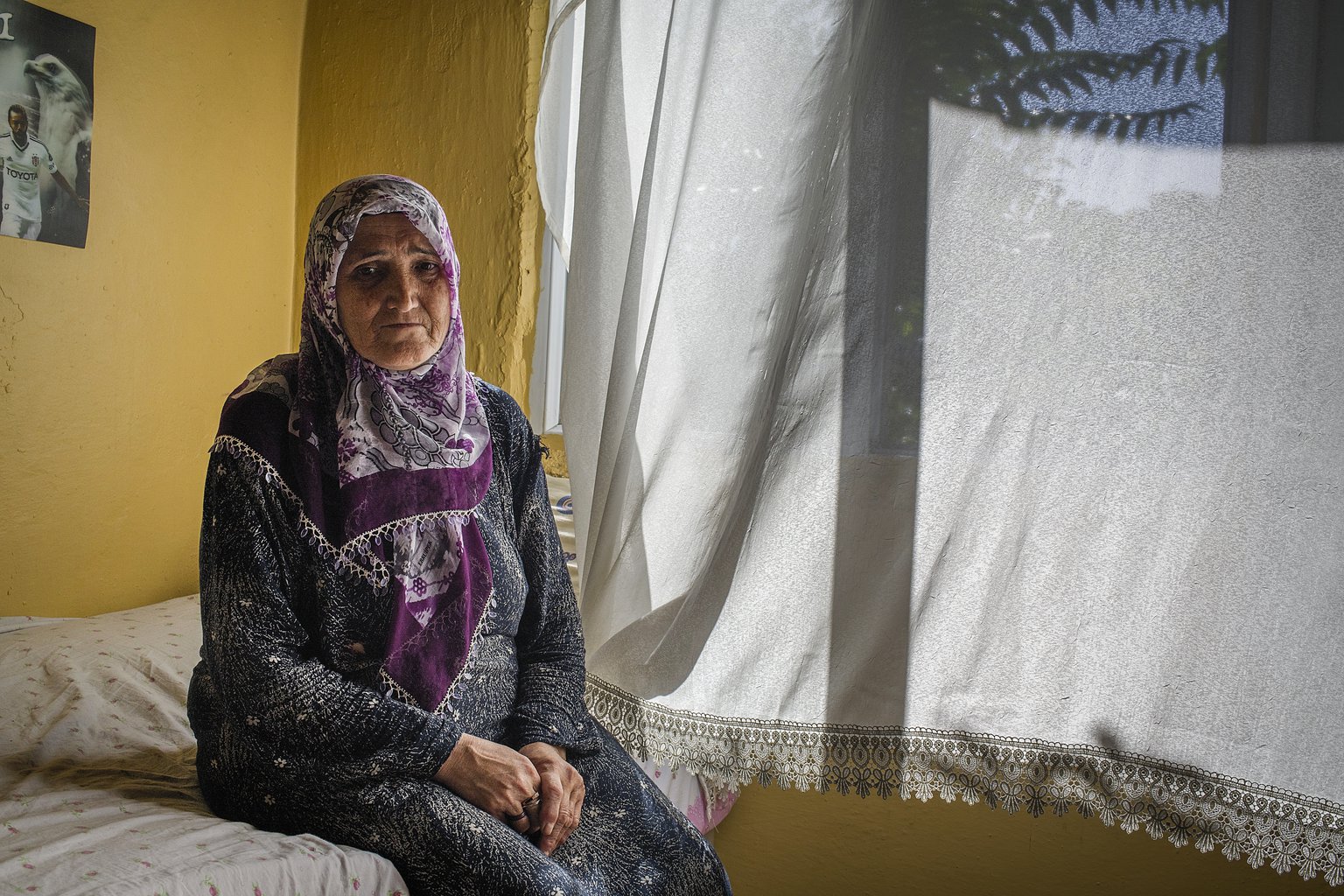 Hatun Taşdemir, a housewife who has been living in Dilovası since 1999. Never having smoked in her life, she was diagnosed with acute asthma 10 years ago. She has a cocktail of medications she needs to take in order to just manage her daily life and leave her house. “When it started, I felt like I was choking. I was coughing so bad that I thought my lungs would fall out of my mouth. I was completely healthy before that. The doctor told me I need to use my medication until I die.” 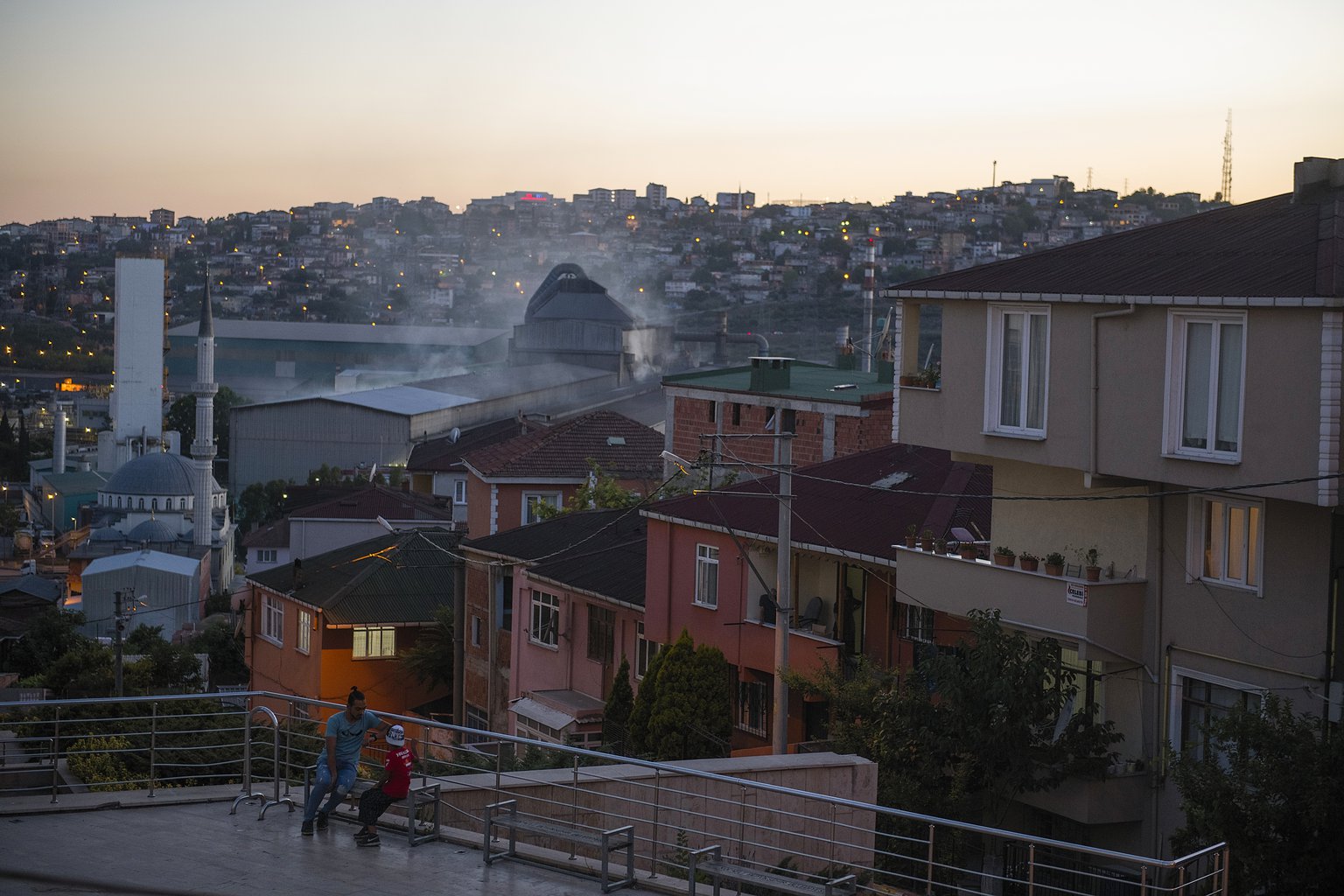 Scientific studies showed that living in Dilovası for more than ten years increased a person’s risk of dying from cancer by 440 percent, regardless of their smoking status. 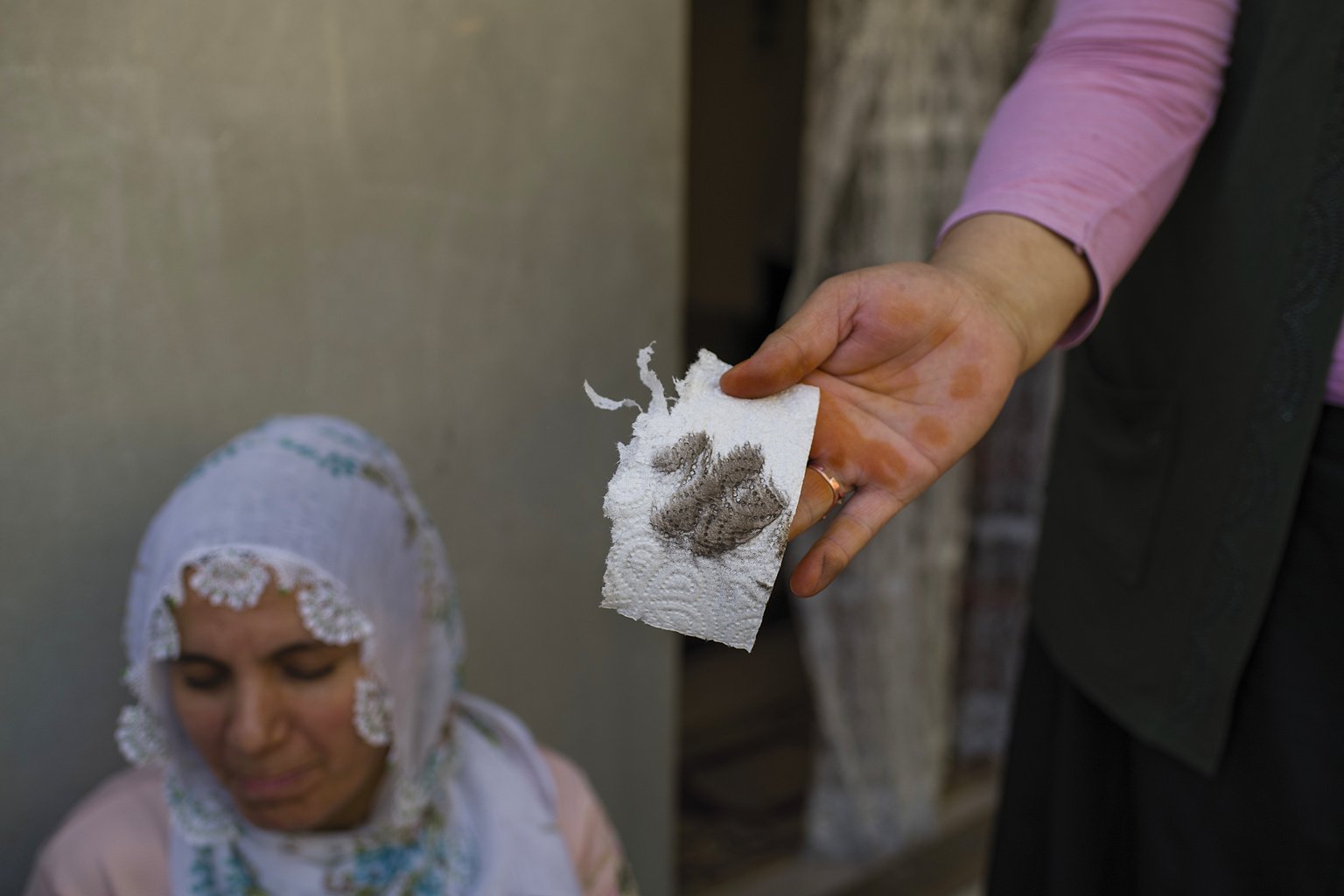 Dilovası residents show the black coal powder which constantly snows from the air, carried by the winds from a huge processing site on the hill. The coal sticks to walls, inside and outside people's homes. (Her hands are henna coloured) 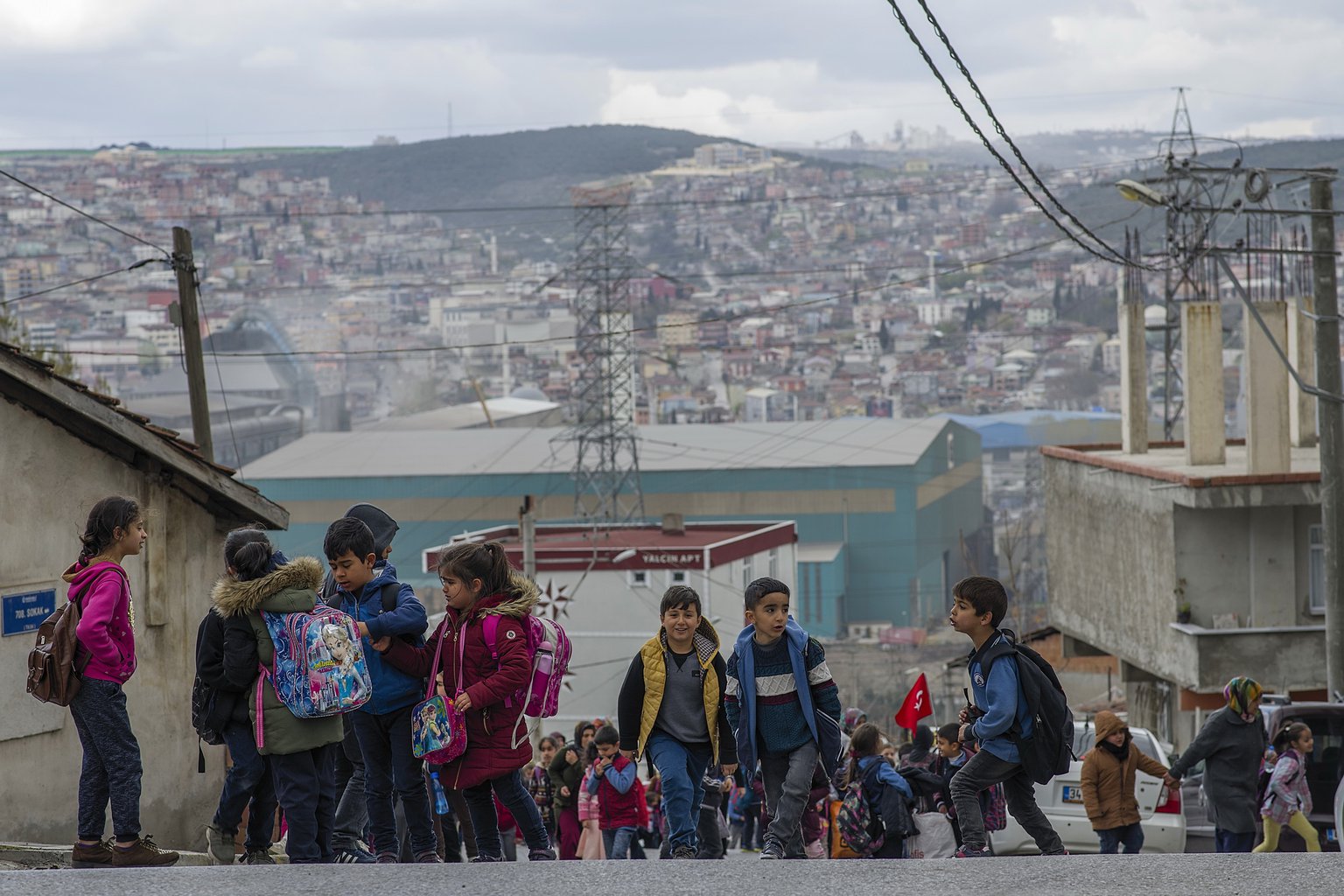 Kids finish school and are heading home. Teachers complain that their children are sick and are powerless to help. 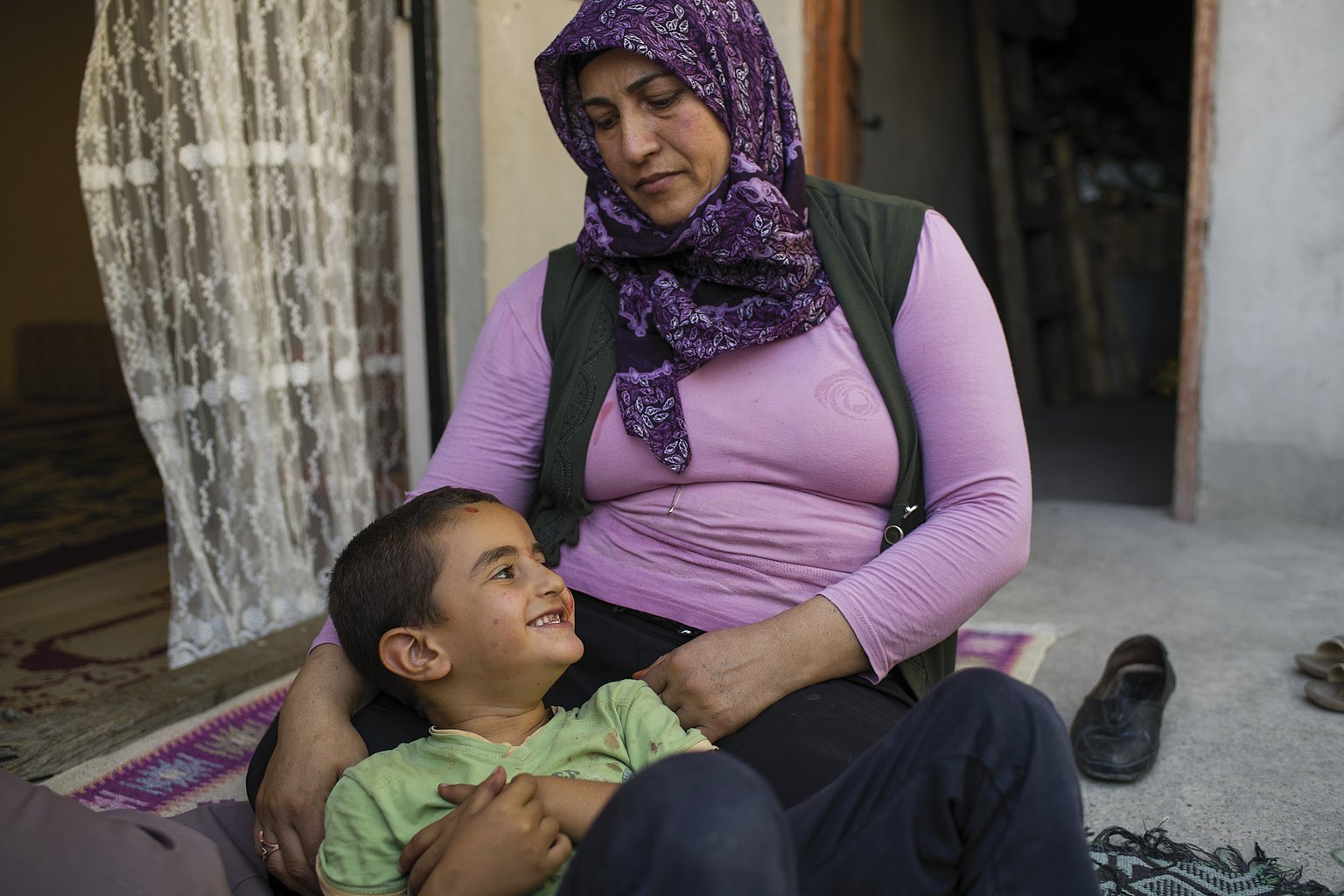 Ayse Varlı and her son, Berat, 5 years old. A mother of four children, she has been living in Dilovası for the past 19 years. In the summer, a benign tumour was removed from her breast and now she is dealing with nodules in her liver. Playful Berat has been diagnosed with asthma and needs to take frequent breaks during his day. "When I go to the hospital for myself or my son, I never tell the doctors where I live," she said. "I don’t want them to be prejudiced. Because once I took my son to the hospital and told the doctor we were from Dilovası and he told me: 'Aren’t there better places to live?' " 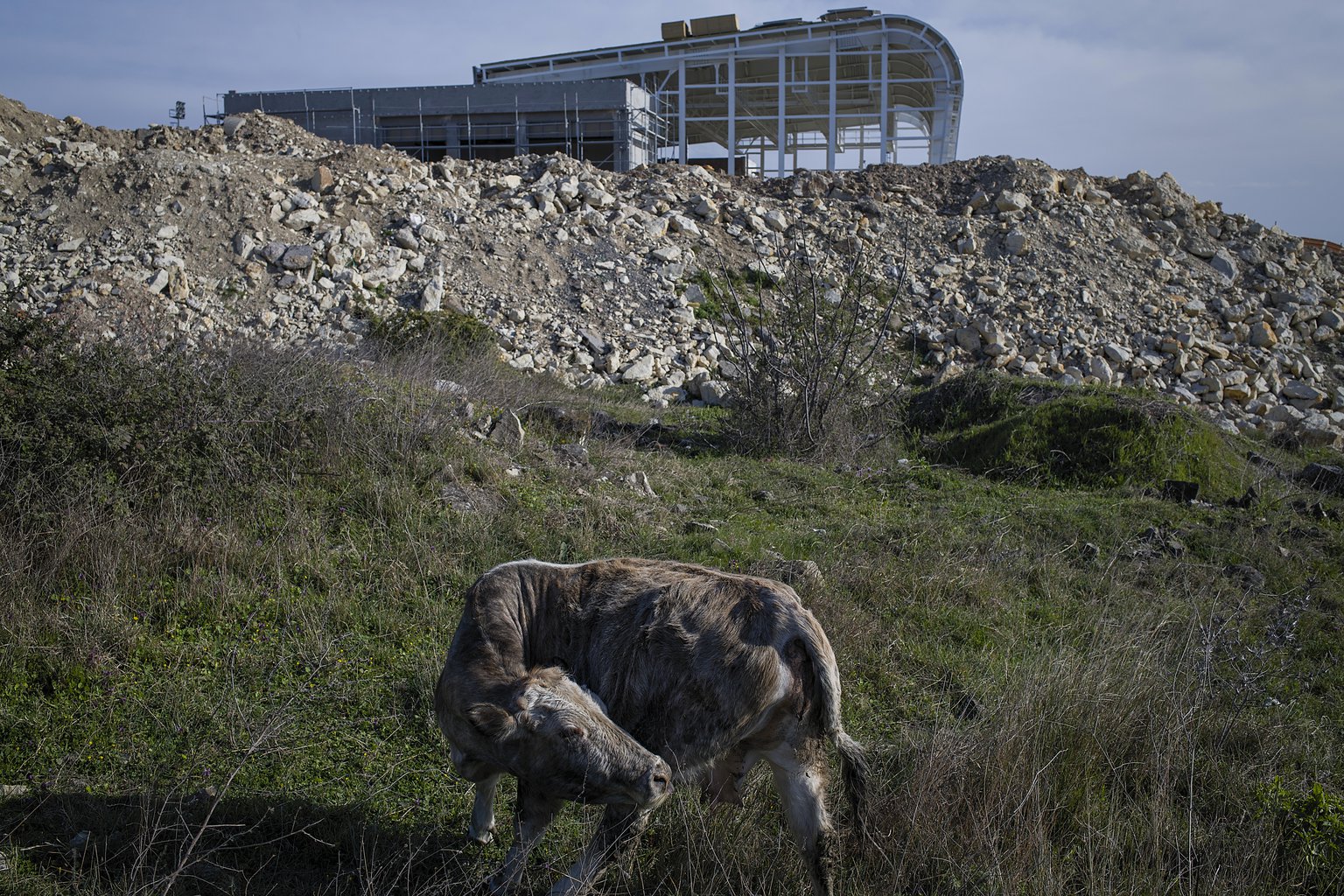 A new sports hall is being built by one of the companies operating in Dilovası. Animals in the town also get sick. 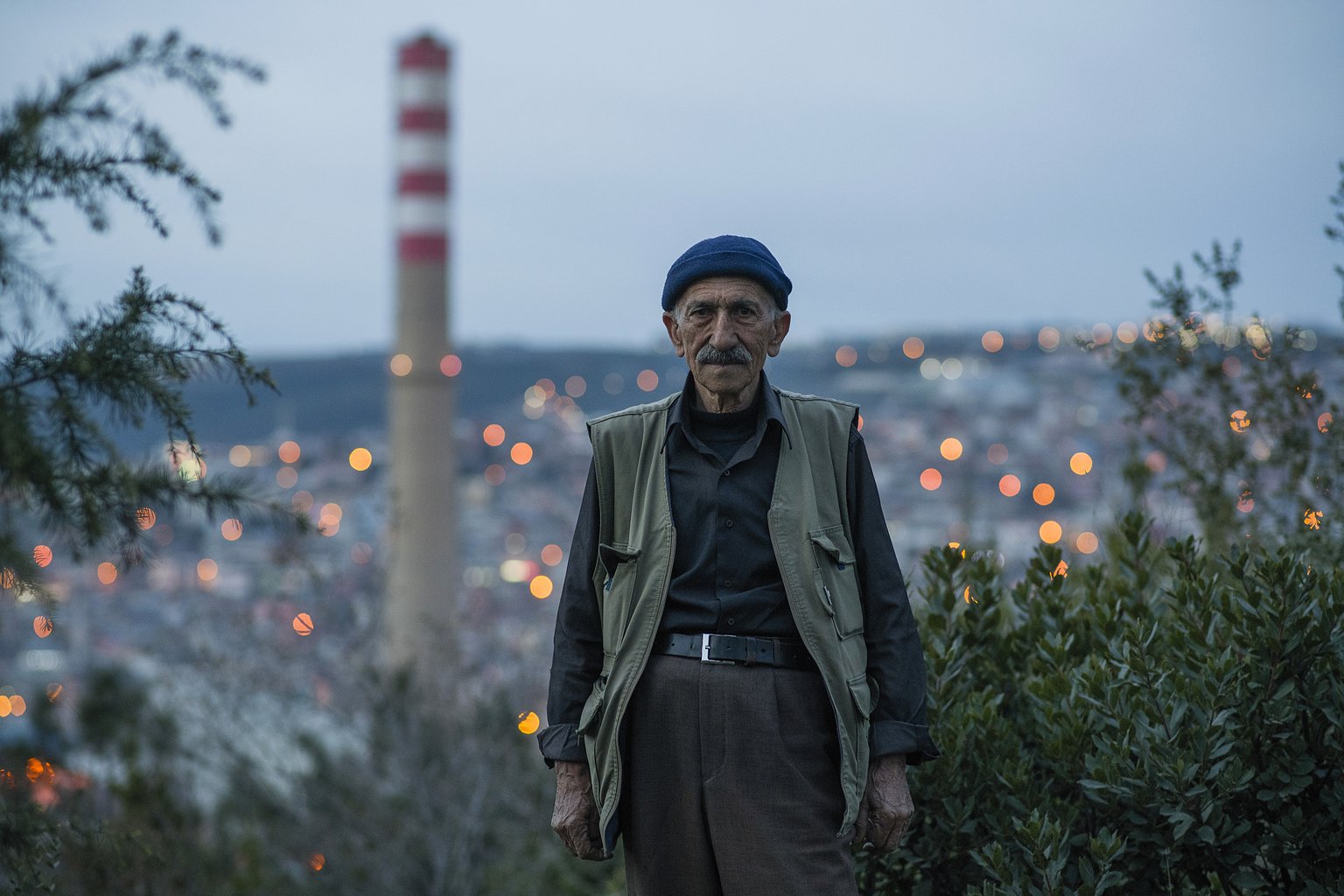 Hasan Kabataş, one of the first Dilovası residents who raised the alarm about the town in early 2000s. His birds started hatching with birth defects and he asked scientists about it. Professor Hamzaoğlu was one of those scientists who took notice and began looking more closely into the industry’s catastrophic impact on the town and its residents. His wife Neriman, 67, was diagnosed with breast cancer last year. She said: "My doctor told me after my cancer surgery that I should take better care of myself and live somewhere else than here. I have been here for 45 years, why would I leave? I want the industry leave. If we rose up against the industry, we could chase them away, but we just accepted it all too easily.” 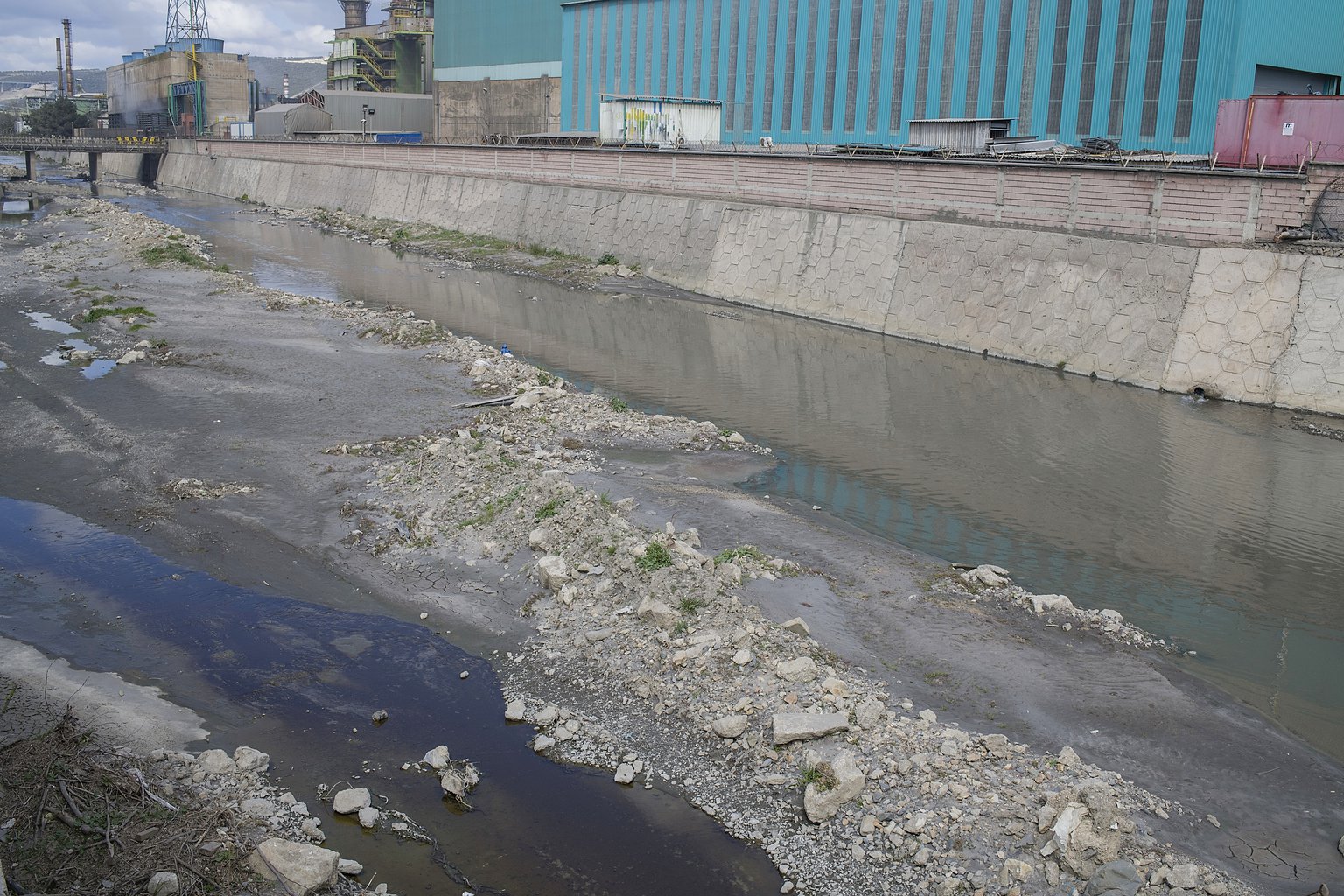 Industrial waste is dumped into the main Dilovası river, called Dilderesi, which flows into Gulf of Izmit and the Marmara sea. 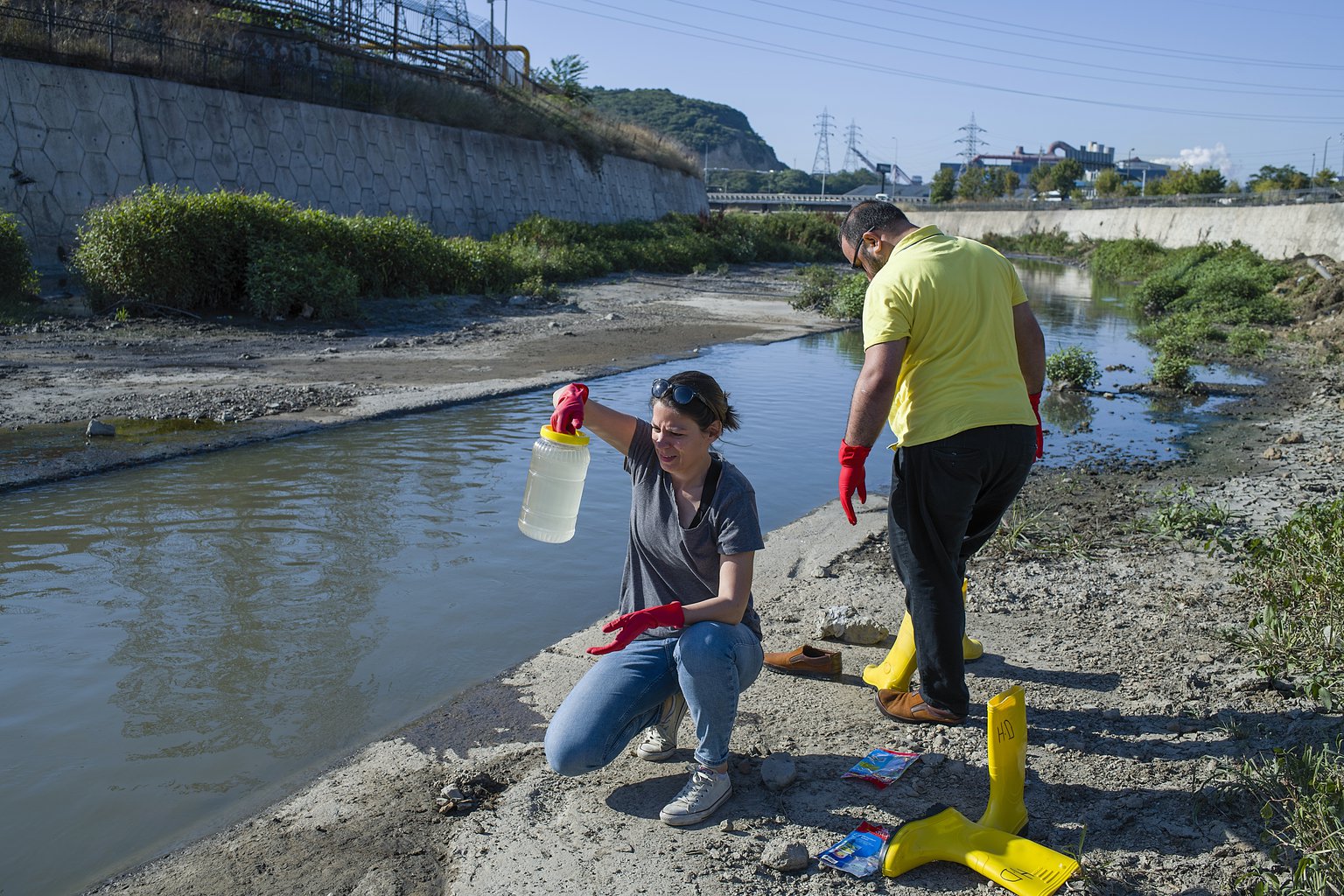 Local activist and a journalist from The Black Sea collecting water samples to be tested in a lab. Despite having no obvious sign of contamination that morning, the river sample contained levels of pollutants many times higher than the thresholds considered safe under Turkish regulations. 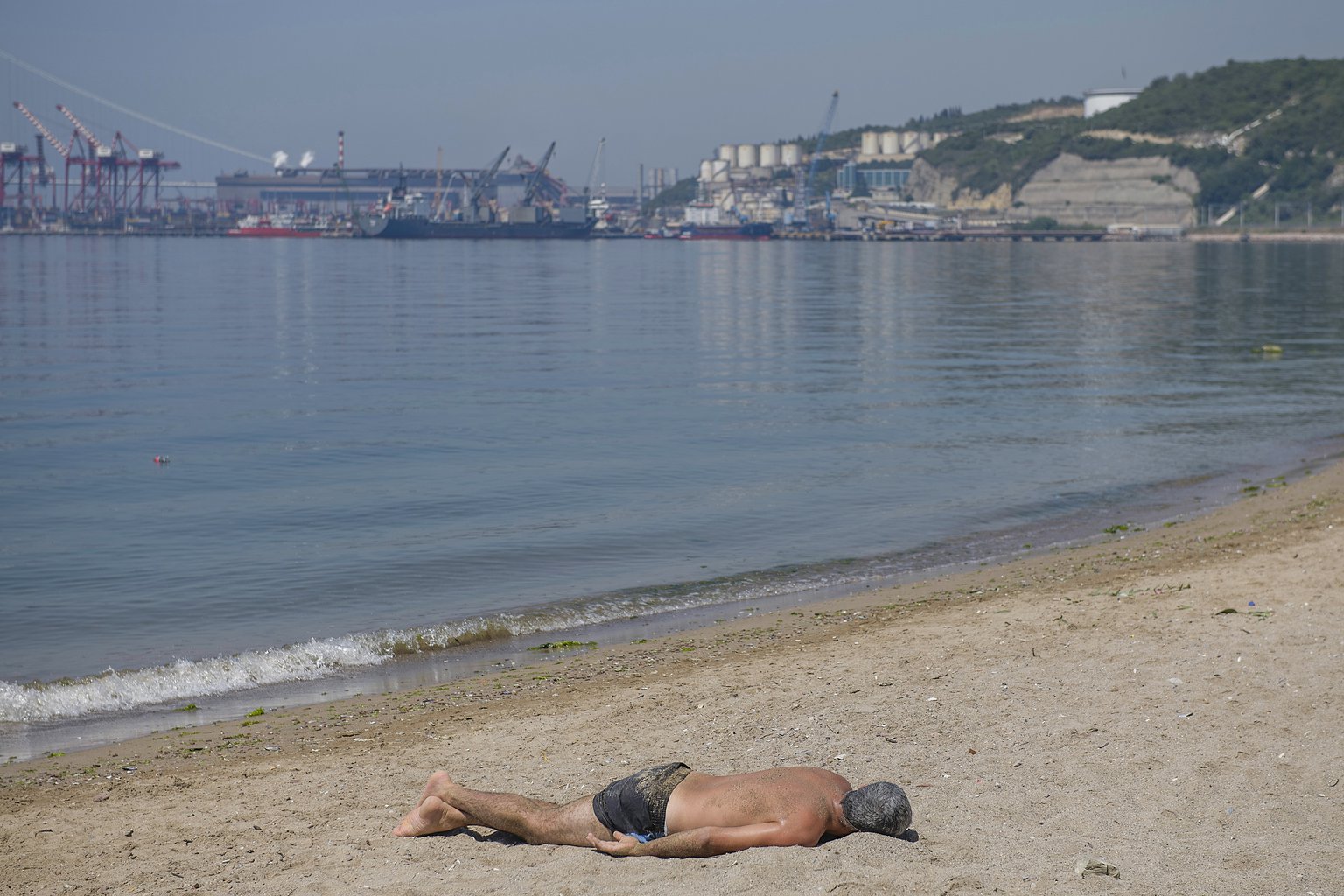 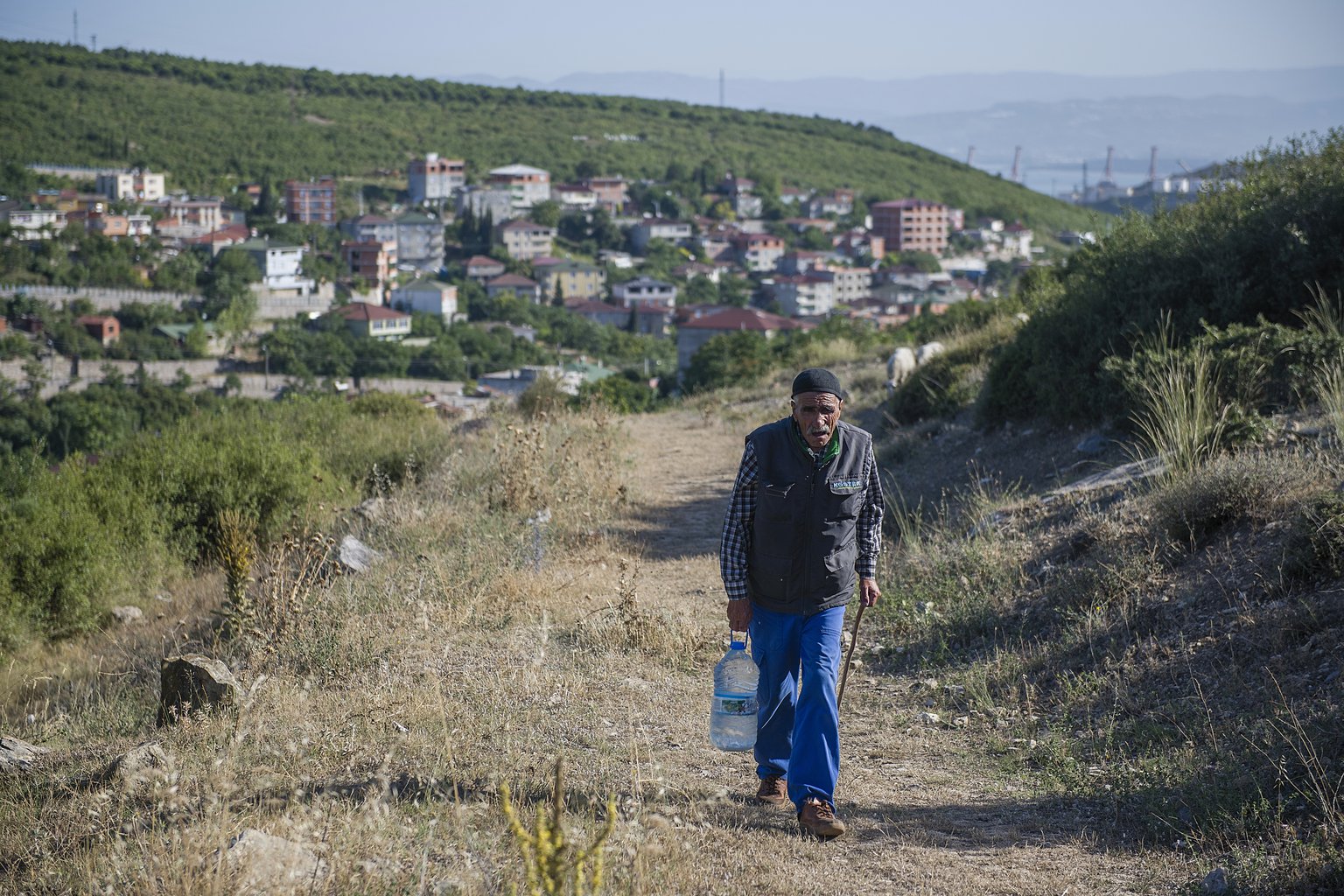 Kadir Çelik, a shepherd who lives in the hills above the town, needs to buy and carry litres of water everyday for his sheep because the nearby river the animals used to drink from is now too polluted. "The river runs poison. Around a month ago, I caught one of the sheep drinking from it and forced her back up. That night she got so sick, she got heavy diarrhoea. She was pregnant and two days later she miscarried. You can recognise her from among the herd, she’s the skinniest and the weakest." 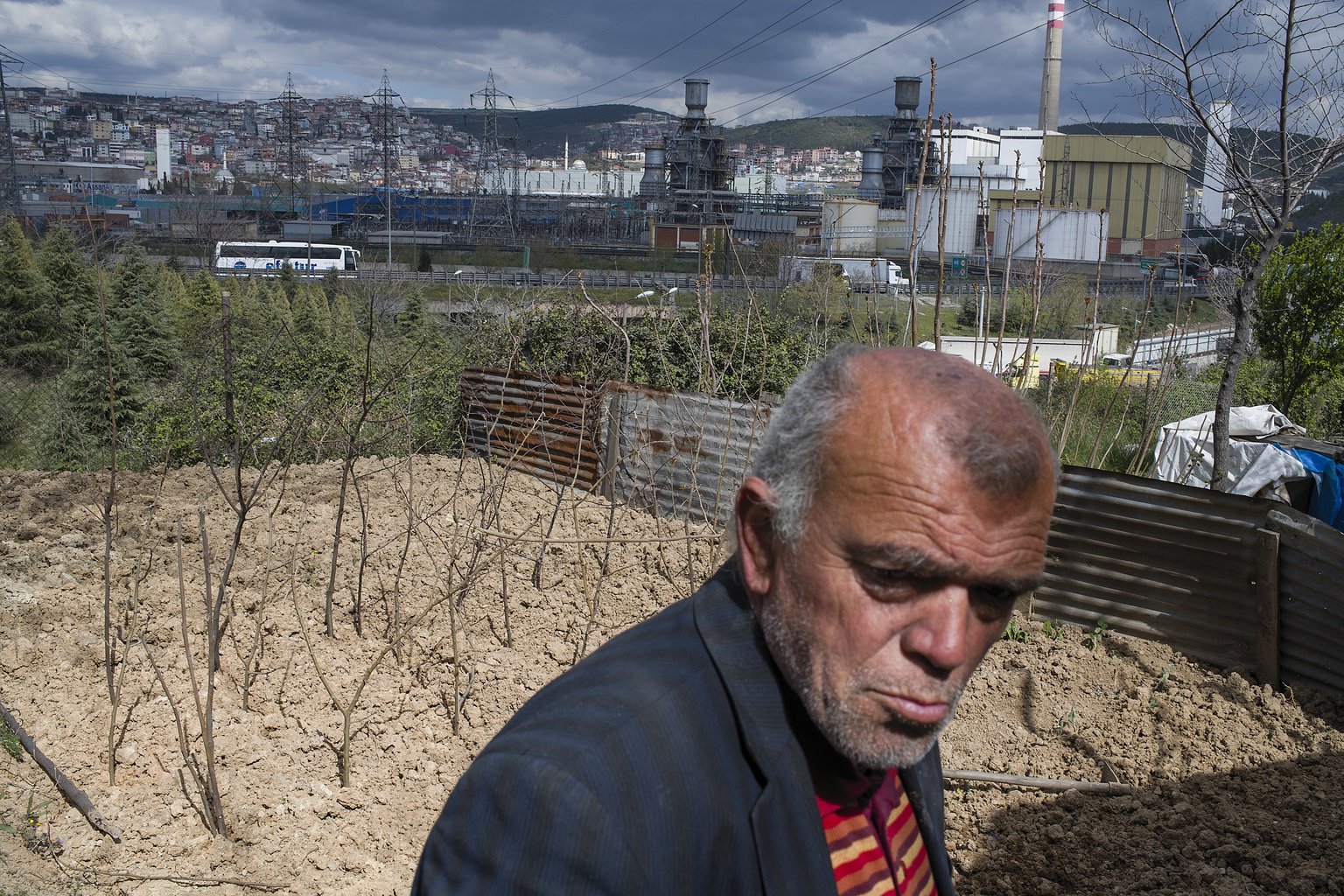 A local man is trying to bring a little greenery into his world, keeping a vegetable garden in the backyard of his house that faces some of the industrial facilities of Dilovası. 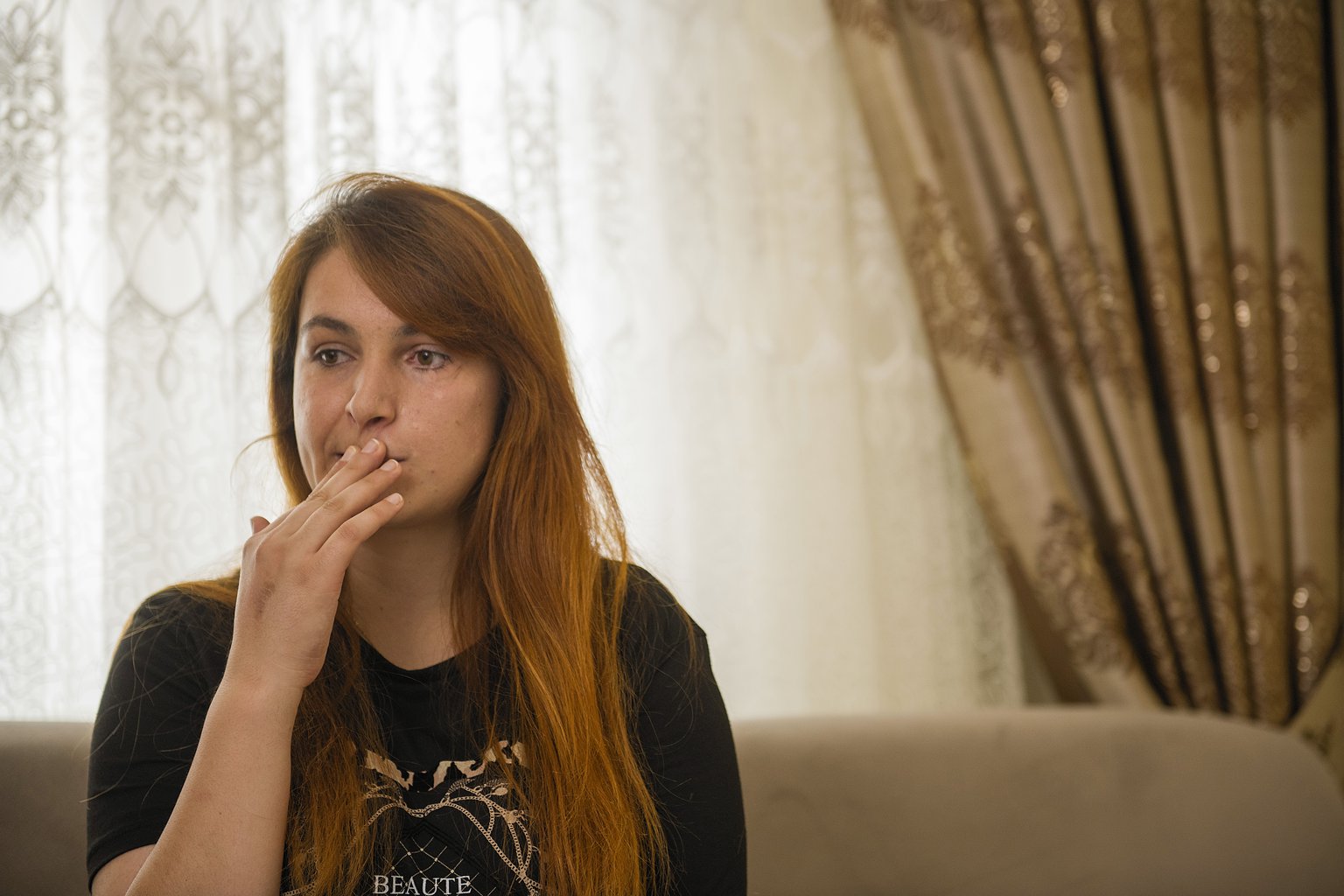 Ayşe Acal, a cheery 24 year old, who was diagnosed with Leukaemia at the age of 13. Since her treatment ended at the age of 16, she has been dealing with the side effects of her cancer medication, which left scars on her face. Although she lives in a near-spotless, non-smoking house (something her mother insists upon because of Ayşe's medical history), she was recently diagnosed with asthma. "When I went to the doctor, they told me that considering my history with cancer and now with asthma, I should move out of Dilovasi. Because they gave me some medication for infection in my lungs but when I went for a check-up, the doctor realised the medication didn't work because I was breathing the same bad air. He told me my lungs weren't getting any better. We thought about leaving but my father has long time before his retirement." 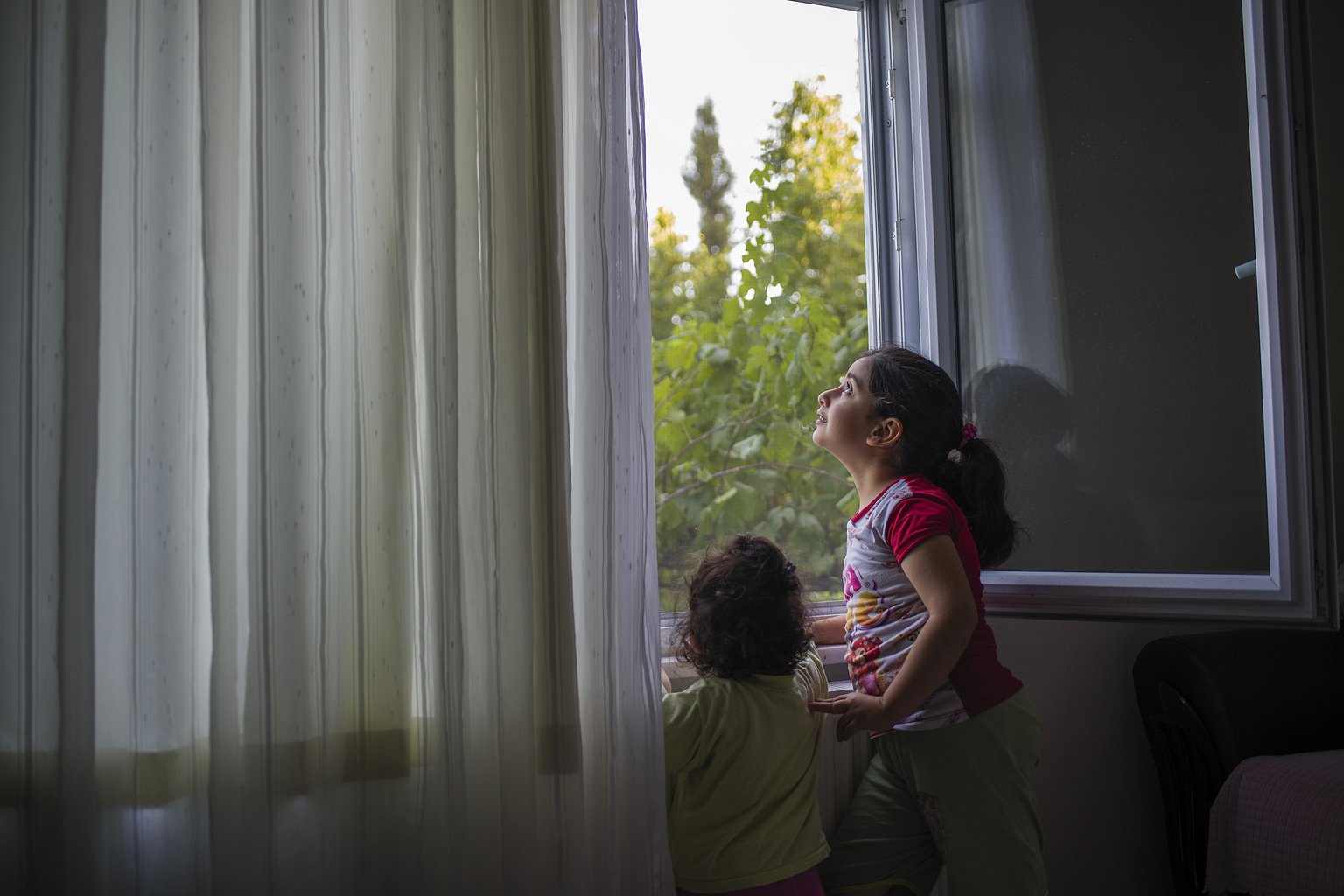 Hilal (18 months) and Havvanur (7) Odemis. Daughters of Hayriye Ödemiş, a 35 years old housewife. The mother and her two kids suffer from acute asthma. Havvanur is the sickest, heaving difficulties holding long conversations even when she takes her medication twice a day. She says nobody in their family ever smoked but every time they see a new doctor, they get surprised: "Once the doctor asked if I worked in a dusty environment, I said I was a housewife. He said my lungs look like I do heavy duty work or I smoke a pack a day. He then kept asking me questions: Is there moisture where you live/ Do you work at a bakery? Then he finally asked: Where do you live? I said Dilovasi. He then said: Now I get it." She blames the industry for her family's declining health: "The foreign companies came here because we were silent. Imagine if we went to their countries and set up factories there polluting. They would never allow it. They are torturing us. Why don't these foreigners set up these factories in their own countries? Why are they coming here destroying us? I want them to put themselves in my shoes and think for a minute about me and my children. This is cruelty." 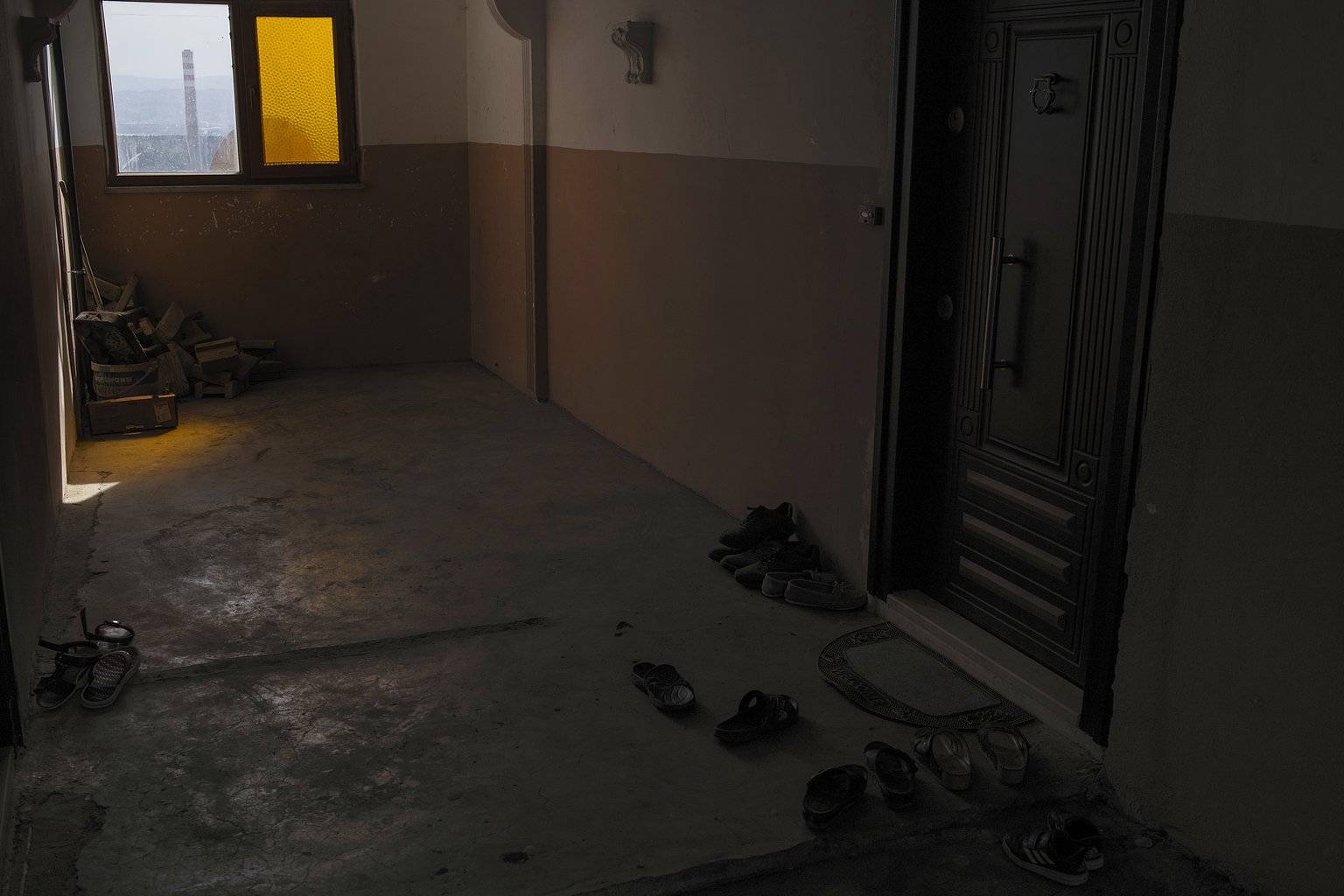 A residential building facing one of the industrial facilities in Dilovasi - a steel factory. 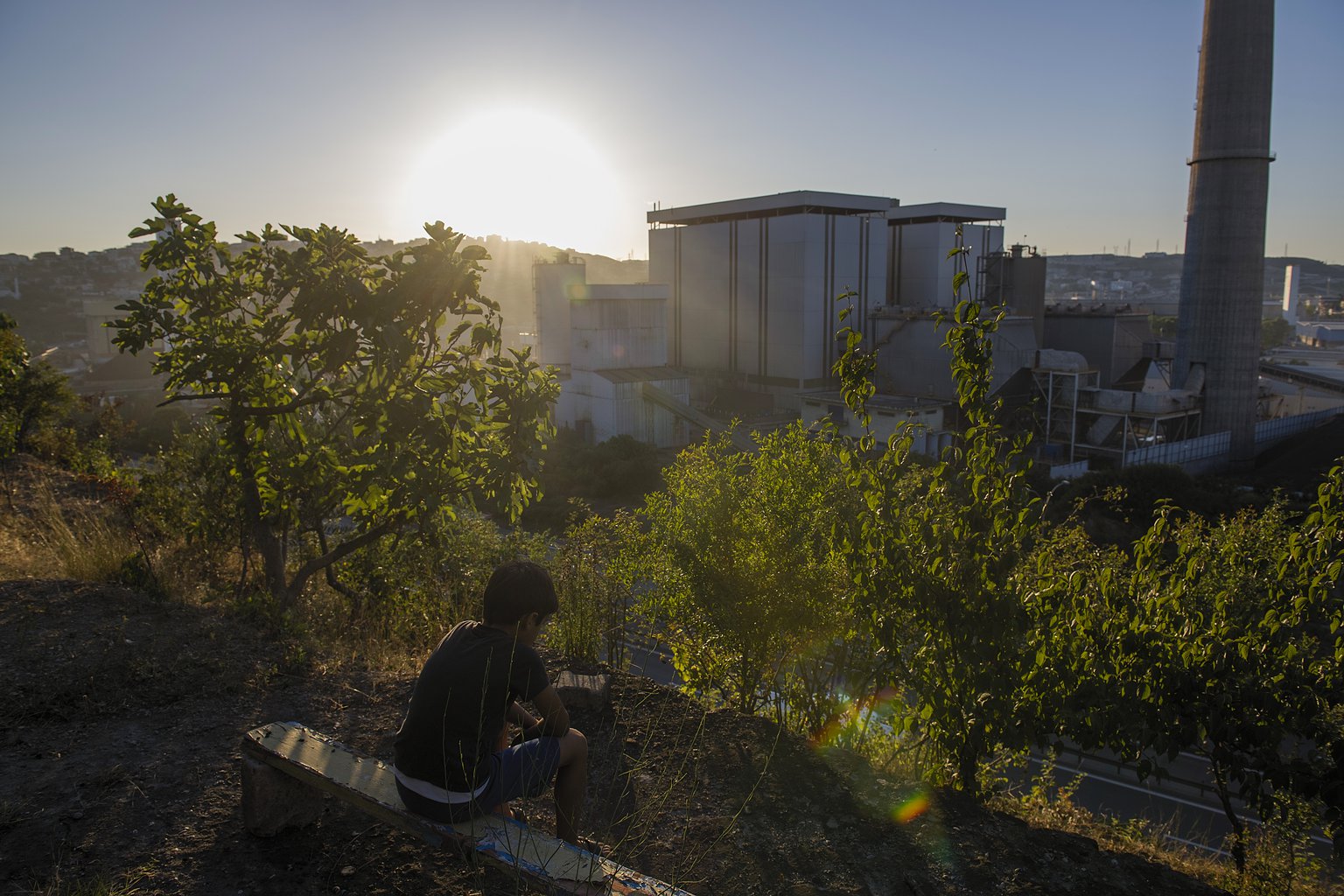 Hasan Kabataş's nephew in his backyard were the factories has been built so close to his garden.

This project was produced with the support of journalismfund.eu

Images and text not subject to Creative Commons