Secrets of the International Criminal Court: The Kenya U-Turn 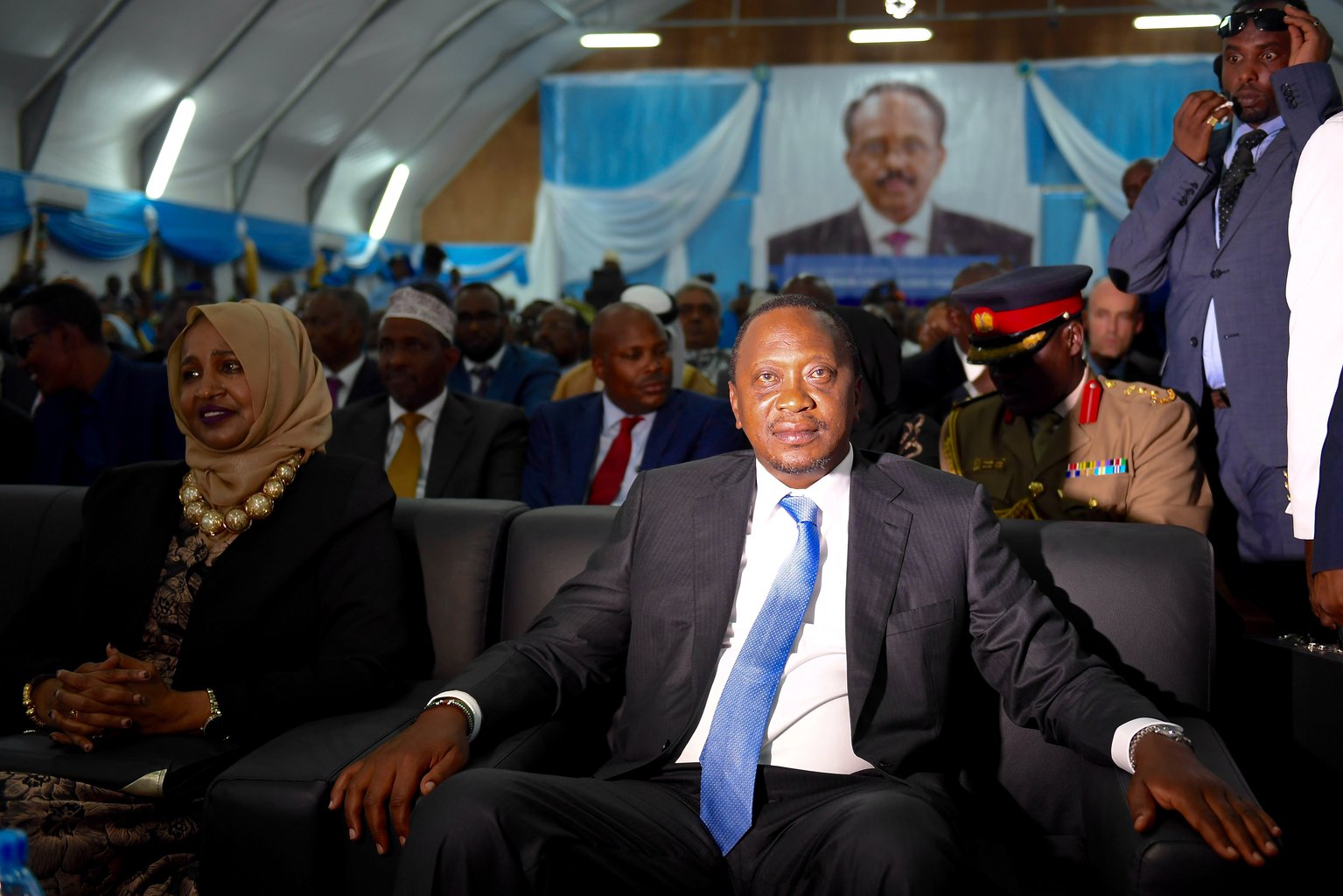 In 2010, the International Criminal Court (ICC) targets six Kenyan officials for crimes against humanity committed during protests in 2007 which saw 1,100 killed

Then ICC prosecutor Luis Moreno Ocampo becomes a high-profile figure in Kenya. One of his targets is career politician Uhuru Kenyatta - a candidate in the upcoming presidential elections

In 2012, Ocampo leaves his ICC job for the private sector with the investigation still open

Now revelations from #courtsecrets leaked documents show that his departure did not stop him from pushing the court to prosecute Kenyatta, despite a lack of evidence and unreliable witnesses

Within a year, Kenyatta is elected president, and Ocampo undertakes a massive u-turn: He operates behind the scenes to offer “an honorable exit” to the Kenyan Head of State he once accused of crimes against humanity

Tension is rising in Kenya. On 26 October, citizens of the east African state will go to the polls for the second time in three months to choose between the country's two rivals, incumbent Uhuru Kenyatta and former Prime Minister Raila Odinga.

Kenyatta’s victory in last August’s vote was overturned by Kenya’s Supreme Court, following a complaint from Odinga, which alleged the vote had been electronically manipulated to favor his competitor.

The country is holding its breath, because political disagreements over electoral rigging previously lead to mass-murder in Kenya.

In December 2007, Raila Odinga lost the presidential election to then-incumbent Mwai Kibaki, who had ruled since 2002.

Protests in support of Odinga broke out, and the government deployed police and paramilitary units to put down the demonstrations, resulting in over 1,100 dead and more than 350,000 displaced.

The extreme violence perpetrated by the Kenyan state led The Hague-based International Criminal Court (ICC) to open an investigation into who was personally responsible for the tragedy.

In 2010, the ICC prosecutor, Luis Moreno Ocampo, announced he was targeting six officials, three from each of the two sides. One of them was Kenyatta - accused of planning and funding violence in support of President Mwai Kibaki.

The announcement propelled Ocampo to become a high-profile personality in Kenya, who even had his own puppet on satirical Kenyan TV program, XYZ.

But Kenyatta hit back hard at the allegations - using them as an excuse to cement his grip on power. In early 2013, he formed an alliance with William Ruto, an opponent and ally of Odinga, who is also charged by the ICC for crimes against humanity.

The goal was to unite the supporters of the two main ethnic groups of the country: the Kikuyus and the Kalenjins.

What also bound them together was a shared antipathy towards western judicial interference.

Kenyatta’s rival Odinga took the opportunity to mock the future president, stating that if he wins, he will have to rule the country via Skype from The Hague, while he awaits trial.

But Kenyatta had the last laugh. In March 2013, he won the presidential vote. 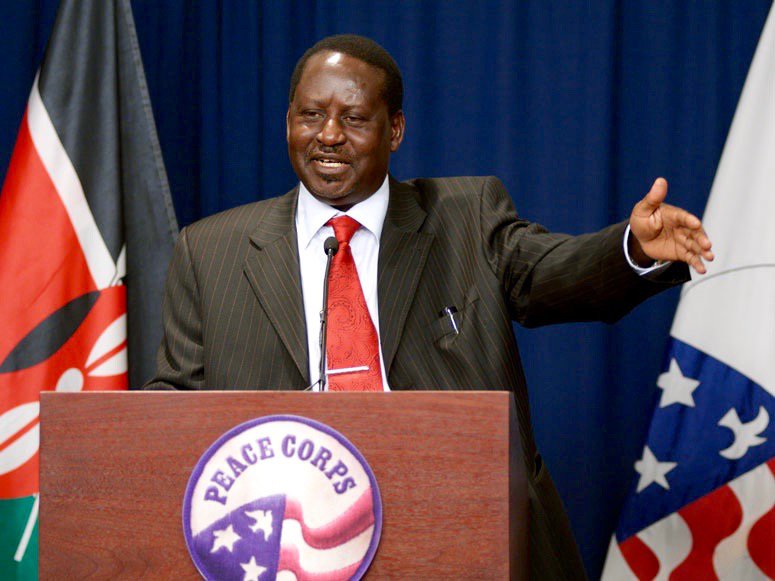 Now a new leak of Luis Moreno Ocampo’s e-mails reveal that after Ocampo left office in 2012, the ICC prosecutor interfered to encourage his colleagues’ work to push forward the case against Kenyatta, despite the court’s lack of evidence and reliable witnesses.

But once Kenyatta was president, in an extraordinary volte-face, Ocampo interfered again in the affairs of the ICC to win the president “an honourable exit” from a trial due to the fact it was a “weak case”.

The Hague. Christmas 2012. The ICC prosecution is due to present its brief on the joint trial of Kenyatta and another ICC defendant, Francis Muthaura, a former Cabinet secretary to President Mwai Kibaki, scheduled for 15 April 2013.

However “P0014”, the main direct witness in the case against Muthaura, is considered unreliable by the leading prosecutors in the case.

But the new ICC prosecutor, Fatou Bensouda, hesitates to withdraw the charges.

Ocampo decides to intervene. He left the court in June 2012 after nine years at office, but retains allies in The Hague. One of the lawyers at the office of the Prosecutor informs him of the complications of the case.

Ocampo, who now works in a private New York law practice, contacts Sara Criscitelli, hired by the court after working as an official in the US Department of Justice.

Ocampo advises her to keep the file open, to denounce Kenya's lack of cooperation and request a postponement of the case.

“Blame them [Kenya] before they blame the prosecutor,” he says. “We need to defend the office of the prosecutor. If they filled [filed, sic] before us that the case should be dismissed for lack of evidence we will be badly exposed.”

At that time, an ill wind is blowing through the ICC. A few weeks earlier, a Congolese militiaman had already been acquitted by the Court for lack of evidence.

The American is nevertheless worried. “If we file something that suggests that a State can defeat the court simply by refusing to cooperate, that will be the death of the Court as a whole,” she writes.

But it seems Ocampo wants to save his name. He was the one who put his personal reputation on the line in the Kenya case and opened an investigation which has failed to secure any convictions.

At the end of February 2013, Fatou Bensouda contacts Luis Moreno Ocampo to discuss the Kenyan issue “before taking a decision”.

Asked by French media group Mediapart, her spokesperson says: “Prosecutor Bensouda did not seek the former Prosecutor’s [Ocampo] advice on any of these matters.”

According to our information however, on at least two occasions she referred to the case in conversations with her predecessor.

On 4 March 2013, Kenyatta, still an accused war criminal, wins the Kenyan Presidential election, with his co-defendant, Ruto, as his deputy. A week later Bensouda withdraws the charges brought against co-accused Francis Muthaura.

The new Kenyan president starts attacking the ICC on several fronts. On the judicial side, he hires prestigious lawyers and the services of Quintel Intelligence, a private intelligence agency, to carry out a counter-investigation.

On the political side, he lobbies the African Union. The climax of this diplomatic campaign takes place in November 2013 before the United Nations Security Council. Together with others, Kenya asks the intergovernmental body in New York to order the ICC to suspend the two cases of crimes against humanity during the 2007 election.

In an electric confrontation, African representatives accuse world leaders of neo-colonialism. The western powers face a tough choice. Should they interfere with the processes of the Court and stop the indictments, or risk alienating Kenya, which is a key ally in the fight against the terrorism of militia group Al Shabaab in Somalia?

In The Hague, the ICC’s Assembly of States Parties, a kind of Court parliament, meets a week later. Behind the scenes, an American diplomat mentions a “win-win situation”: a strategy to withdraw the charges against Kenyatta for lack of evidence, on the basis that Nairobi does not cooperate. The new Kenyan Head of State would thus be rid of the Court, which would also not face humiliation.

For two months, Ocampo had been working on this strategy.

Ex-Prosecutor Ocampo on Kenya: “You can’t prosecute a head of state with a weak case”

In September 2013, Ocampo explains to an interlocutor at New York law firm Shearman & Sterling that he is talking with Fatou Bensouda “to organize an external group of prominent lawyers to review the evidence in the Kenyatta case. I don't think you can prosecute a head of state with a weak case.”

The law firm has already offered its services, but says that prosecutor Bensouda is slow to respond.

Ocampo tries to intervene. He writes again to Sara Criscitelli about the sorry state of the Kenyan investigation. “Different people told me that the evidence [in the Kenyan cases] is gone,” he says. “Witnesses recanted their testimonies or refused to appear. I understand the difficult political environment, but when there is no evidence, a prosecutor does not go to court”. He adds: “to assist in the decision I was thinking that [it would be] a good idea to appoint an external panel of reviewers.”

The American, who left the Court six months earlier, states to Ocampo: “I asked. So far not a problem.” Questioned by the EIC, Sara Criscitelli today vaguely recalls “sitting in on a discussion about one or both of the Kenya cases.” But she adds that having left the Court, she could not have expressed “a recommendation” that could “have influence any decision”. 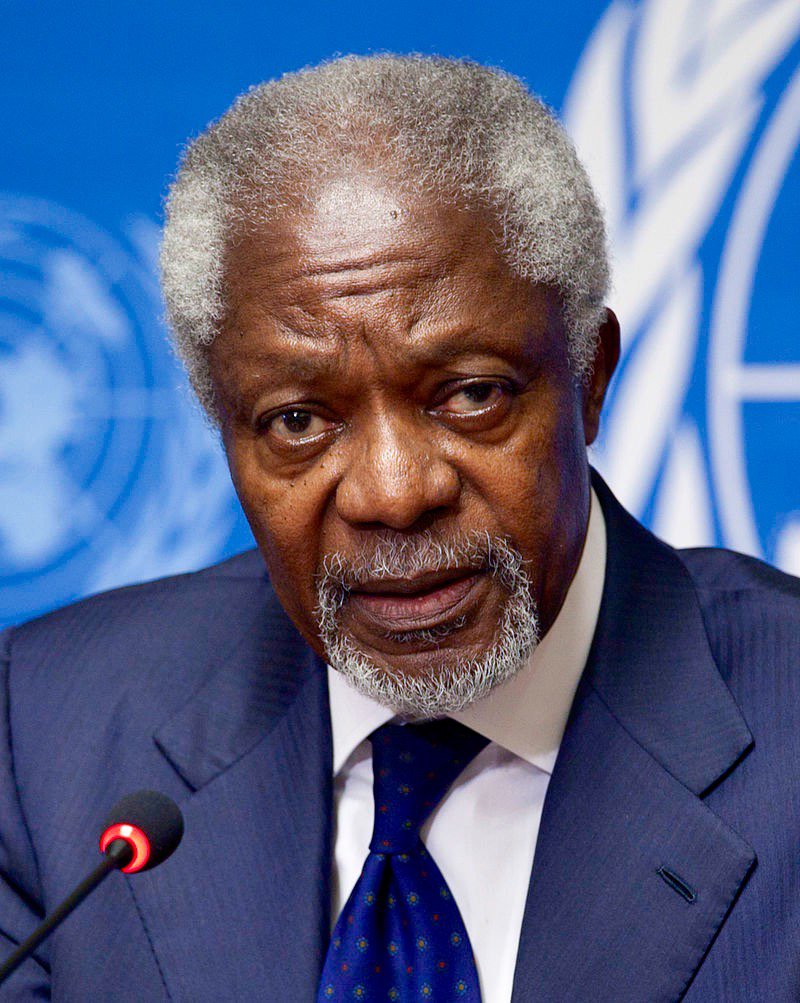 Kofi Annan: lobbied by Ocampo to find an “honorable exit” for Kenyan President

Ocampo to Kofi Annan: “Send an African, not a lawyer”

As time passes, the case against Kenyatta and Ruto crumbles. Witnesses are found dead, possibly murdered, and others are deemed corrupt or face intimidation.

Ocampo goes as far as contacting Kofi Annan. The former United Nations General Secretary has been appointed by the African Union to head up a dialogue and reconciliation process for Kenya.

“I think it is time to find an honorable exit for Kenyata (sic),” Ocampo tells the peace negotiator, in an incredible reversal of his previous position.

Ocampo advises Annan to send someone to the ICC for a few days to meet with the prosecutor and her deputy, the judges, and the president of the court. With what appears to be a certain cynicism, he says this should be “an African, not a lawyer”.

Ocampo says the envoy needs to ask the question to the ICC about whether there can be a legal solution for Kenyatta, while specifying that the Kenyan head of state “should not be perceived escaping justice”.

Kofi Annan is laconic: “We are indeed living in interesting times,” he says, before advocating “let’s wait and see”.

Scheduled for 12 November 2013, the Kenyatta trial is again postponed at the request of the prosecution for lack of solid evidence.

For Ocampo, it is a good opportunity to carry out his maneuvers. In December 2013, at a reception in New York, he discusses the exit strategy with Macharia Kamau, a Kenyan diplomat from the United Nations, who is close to Kenyatta.

Later on, the diplomat explains that he has contacted Kenyatta’s brother, who is ready to meet the former prosecutor in New York.

But only the new prosecutor Fatou Bensouda can decide, says the Argentinian, before setting out the broad lines of his strategy.

Ocampo states to the well-connected Kenyan diplomat: “President Kenyatta should not look for a political solution because such [a] solution will affect his reputation and legitimacy. It will sound [like] he was guilty and is just abusing... his own power to escape from justice.” [Macharia Kamau did not answer EIC's questions].

Ocampo also makes the suggestion that: “President Kenyatta should create a system to offer reparations to all the victims. In this way President Kenyatta could achieve a positive result and gain recognition inside and outside Kenya.”

Bensouda has to face the reality of the situation. The file she has inherited from Ocampo is too weak. In December 2014, summoned by the judges, the prosecutor eventually throws in the towel.

She withdraws the charges against Kenyatta, who claims victory, and she promises to drop the case against his running mate, Ruto, whose trial began in September 2013.

In April 2016, the trial of William Ruto is closed without any result, bringing an end to the case against the Kenyan suspects accused of crimes against humanity.