Secrets of the ICC: Jolie, Clooney and the world-fixer psychosis

How celebrities and billionaires interfere in the pursuit of global justice 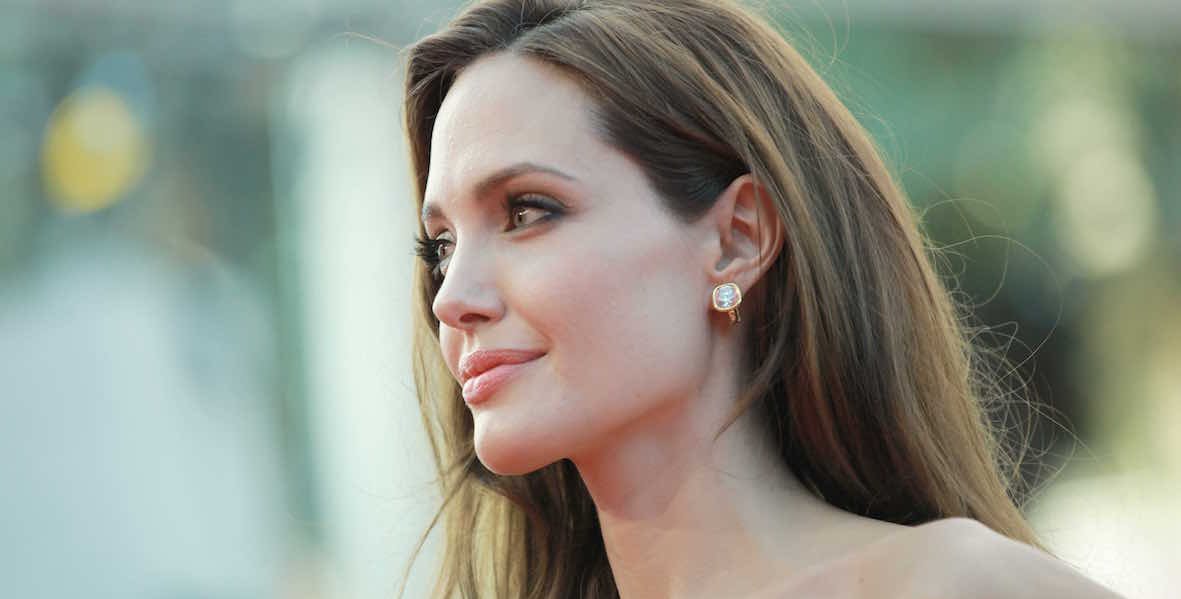 Spring 2012. The Hague, Netherlands. The office of the International Criminal Court (ICC) - the world body which aims to bring war criminals and perpetrators of genocide to justice.

Its Chief Prosecutor, the Argentinian Luis Moreno Ocampo, is preparing to end his nine-year mandate.

Three years previously, the Palestinian Authority demanded an investigation into crimes of Israeli occupation of its territory. Now Ocampo is winding up the case without success.

But he is afraid of the PR fallout from what looks to many as a failure of nerve to take on Israel. For this delicate procedure, it is neither his deputy, Fatou Bensouda, nor his press office, that he asks for advice on how to announce the closure.

It is Angelina Jolie.

On 2 April 2012, Ocampo sends an email to the star of Disney’s ‘Maleficent’ and Oscar-winner for ‘Girl, Interrupted’. The subject line is ‘how to present a decision on Palestine?’ and attached are secret court documents.

“On Tuesday, I will decide that the Office cannot investigate alleged crimes in Palestine,” writes Ocampo. “Palestinian officials understand and respect my decision. The Israelis are also OK. The question is how to present this to normal people.”

Ocampo adds in an email to the American: “Just in case, I am attaching the decision I will take. It is confidential”.

It is not clear why Ocampo has chosen multimillionaire Hollywood celebrity and film director Angelina Jolie as the individual to understand how to communicate complex international judicial procedures to ‘normal people’, other than her experience as an activist in the Balkans.

Nor does Jolie keep the information confidential. She speaks with her own advisor on the Palestine issue.

Her advice to Ocampo is that she sees this as an opportunity to explain to people “the way the court works” and because “rules must be followed” this decision could help “further legitimise the court”.

Jolie is not the only outsider who advises this prosecutor. According to documents obtained by Mediapart and analyzed by the European Investigative Collaborations (EIC), Ocampo has his own ‘inner court’ of advisors including Hollywood glitterati, billionaire tech entrepreneurs, and philanthropists, mostly from the U.S. and the Arabian peninsula.

These include Sheikha Mozah, wife of Sheikh Hamad bin Khalifa Al Thani, Emir of Qatar until 2013; the founder of eBay, Pierre Omidyar and his wife Pamela; and A-List actor, George Clooney.

All are celebrities wanting to bring justice to Africa - but they do not know how, and cannot really help.

Despite this lack of expertise, Ocampo is willing to indulge their desires to make the world a better place.

In 2005, the ICC issued five arrest warrants against the leaders of the Lord's Resistance Army (LRA), including its leader Joseph Kony. The brutal militia, then active in Uganda, kidnapped children and forced them into soldiery for two decades. As it plundered villages, the army left a horrific signature - cutting off the lips of its victims.

After the failure of a peace negotiation, the militia broke into small units in neighboring countries, the Democratic Republic of the Congo (DRC), the Central African Republic and Sudan.

In 2010, at the instigation of two American NGOs seeking to bring Kony to justice, Invisible Children and Enough Project, Washington sends more than 100 combat-equipped soldiers to ‘advise’ the locals on how to track down Kony.

After failing to catch Kony, the Californian NGO launches, in April 2012, the operation ‘Stop Kony’ with a 30 minute explainer video, asking the Internet to ‘make Kony famous’.

Within hours, the 30-minute film goes viral. Invisible Children sells its merchandise - Kony posters and T-shirts - to schoolchildren, thus inviting kids to put up the face of the world’s public enemy number one on their bedroom walls.

Soon the backlash begins. The video oversimplifies the Ugandan conflict, by failing to see the atrocities committed by all sides in central Africa, and possibly over-exaggerating the quantity of crimes of Kony himself, even if the real situation is still heinous. Twitter is also aglow with comments that more or less revolve around the same issue, that the “fastest growth industry in the US is the White Savior Complex.”

Ocampo advises the Californian NGO, and offers help to mobilize ambassadors from Uganda, Central African Republic and the Democratic Republic of Congo at the United Nations.

During his tenure at the ICC, the prosecutor failed to set up his own team to track the fugitives, yet he was committed to parallel private initiatives, which are subject to conflicts of interest.

To the staff of Invisible Children in February 2012, he suggests working with Angelina Jolie who, he claims, would love to be involved in chasing Kony.

Ocampo then makes a statement which is possibly ironic, although it is taken seriously by the NGO, and may even be sincere: “[Jolie] has the idea to invite kony for dinner and then arrest him”

The plan is for her to fly to central Africa in March 2012 to see the sites affected by the Lord’s Resistance Army and meet the victims, accompanied by the cream of the American press.

Ocampo adds: “She is the one. She knows, she loves to arrest kony. she is ready. probably brad [now separated-from-husband and actor Brad Pitt] will go also.”

Ocampo tells Jolie she can be embedded with the special forces looking to arrest Kony, and Jolie replies that “Brad is being supportive”.

Two years later, in 2014, after visiting Invisible Children’s headquarters in San Diego, the now ex-prosecutor Ocampo offers to help raise funds. This could involve Sheikha Mozah, wife of the former Emir of Qatar, who has a charity called ‘Education Above All’. Ocampo says it will be easy to ask the foundation for “money to support schools in Uganda”.

He regrets that such a charity is not financing operations which could lead to Kony’s arrest.

In a bizarre throwaway comment, Ocampo then adds that the Sheikha “can finance arrest operation in her own way”, the implications of which are worrying.

George Clooney: “Our little satellite is gonna fuck up some bad guys”

The Darfur case also stimulates the ‘Batman and Robin’ actor and ‘Good Night, and Good Luck’ film director George Clooney to action. In 2011, with John Prendergast, former adviser Susan Rice at the US State Department, he has created the ‘Satellite Sentinel Project’ (SSP) with the Harvard Humanitarian Initiative.

Its role is to track crimes committed in Sudan and Southern Sudan from the sky.

Lisa Shields, vice president of the Council of Foreign Relations (CFR), an influential American think tank, informs Ocampo of the first results in January 2011. These show how Sudan builds up its military forces.

Clooney writes to her that “our little satellite is gonna fuck up some bad guys..heh”

Ocampo looks at evidence in Clooney’s surveillance project and then makes an extraordinary statement for a human rights lawyer committed to international justice and against state repression.

“It will be great to invent a global system that everyone feel watched,” Ocampo says. 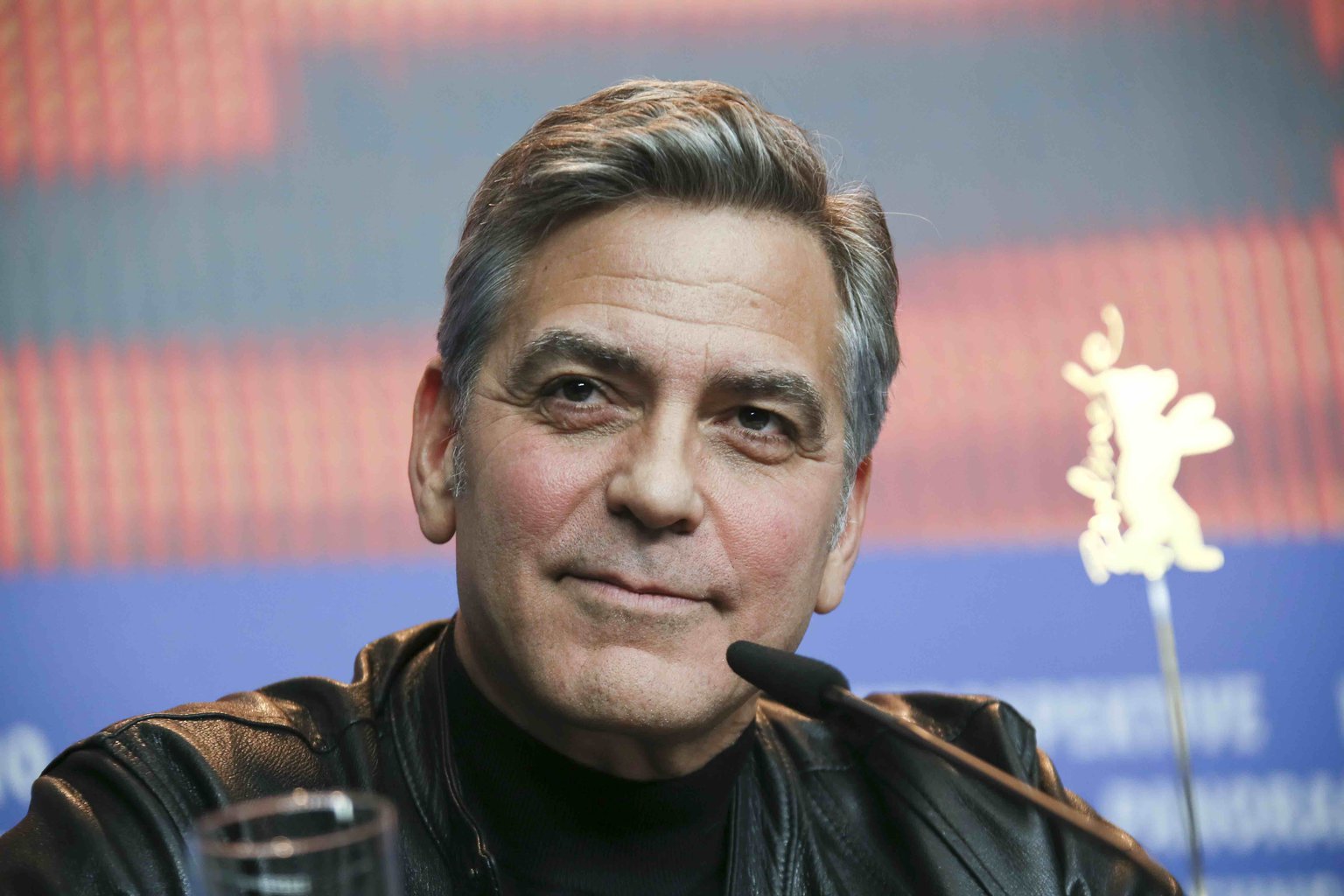 Other charities take an active interest in the work of the publicly-financed court, and Ocampo is happy to indulge them.

The Bridgeway foundation, a charitable branch of a Texas hedge fund company, is interested in the tracking of the Congolese warlord Bosco Ntaganda, sought by the Court as the head of a murderous militia in Democratic Republic of Congo that is supported by neighboring Rwanda.

Ocampo discusses strategy with Bridgeway director, Shannon Sedgwick Davis, and Pamela Omidyar, the wife of the founder of eBay and boss of Humanity United.

“We should push for Bosco and see how we can stop the money flow to the region,” writes Ocampo in 2011, while he still holds his job at the Court.

He adds that the U.S Secretary of State Hillary [Clinton] “could be activated” and proposes to “review the plan of the office and come back to you”.

Later on, he reports to Sedgwick Davis and Pam Omidyar his conversations with Paul Kagame, the Rwandan president and his Congolese counterpart, Joseph Kabila.

Pam Omidyar “Can’t you just even say you are opening a file, as a threat?”

Another fashionable target of human rights activists at the time is Sudanese President Omar al-Bashir, due to his role in ethnic atrocities in Darfur. At the beginning of the civil war in 2002, American lobbyists - neo-conservative and evangelical Christians - pushed for his arrest.

Sensitive to their cause, U.S President George W. Bush gives the green light to a resolution at the UN Security Council to bring the matter before the Court, even though America has not ratified the Rome Statute, which underpins the Court’s authority.

In 2009 and 2010, the ICC issued two arrest warrants against the Sudanese head of state for crimes against humanity and genocide. In 2010, in an email to Ocampo, Pam Omidyar asks him to indict Ali Osman Taha, the vice-president of Sudan. “Can’t you just even say you are opening the investigative file on Taha? As a threat?”.

In early 2012, regarding Omar Al Bashir, Pam Omidyar also wonders “what is the game changer that gets him out of power and into the Hague? Where should we be focusing?”

Pierre Omidyar, eBay’s founder and owner, and Ocampo have met on several occasions since at least 2009. The world's 54th richest person has a project: Rewarding lieutenants who would provide evidence against high-ranking mass murderers.

Although at first sight the project is charitable, the participation of western billionaires wishing to use their surplus cash to bring global justice to Africa, without any democratic mandates or legal authority, further exacerbates the feeling in the southern continent that rich Americans are suffering from a ‘White Saviour’ complex.

At that time, the Omidyar couple has access to the White House, the US State Department and the most influential lobbies of the global jet set.

And the ICC's chief prosecutor does act in an almost roguish fashion when it comes to Sudan.

On June 5, 2012, reporting before the UN Security Council, Luis Moreno Ocampo threatens the Sudanese Ambassador with prosecution for complicity in crimes against humanity. When the ambassador contradicts Ocampo’s assessment of the crisis in Darfur, Ocampo retorts: "[The ambassador’s] activities denying the crimes in Darfur could be considered part of the crimes."

What is the result of celebrity meddling in world justice?

On 18 March 2013, Congolese warlord Bosco Ntaganda handed himself in to the U.S. embassy in Kigali, Rwanda, where he requested transfer to the International Criminal Court. It seems the Rwandans had enough of him. He is now on trial in The Hague for crimes against humanity and war crimes, in a case which has been dragging on for two years. This judicial coup has nothing to do with Ocampo’s celebrity friends.

President al-Bashir still rules Sudan, and has done for 28 years, while his Vice-President Ali Osman Taha relinquished his job in 2013, but still has not been tried for war crimes.

In April 2017, Uganda withdrew its forces from the Central African Republic, where they were hunting Kony. “As far as we are concerned, we’ve already achieved our mission,” said Brigadier Richard Karemire, the Uganda People’s Defense Force spokesman, as quoted in the New York Times “[Kony’s army] no longer poses a threat to Uganda.” The U.S. also ended its “catch and kill” policy against Kony, who was understood to only have around 100 soldiers still loyal to his cause.