Return of the Boyars

The majority of its 1,200 inhabitants make a living from agriculture, breeding livestock, and exploiting the nearby forest.

But the peace of this village was wrecked in 2006, when the Romanian authorities returned 8,762 hectares of land - the entire village, its surrounding pastures and forest - to the Colţeu family.

The family argued that their ancestors owned the land before its seizure during Communism.

A new law on 'restitution' allowed them to take back the estate - estimated at a worth of 20 million Euro.

But the villagers of Nadăş considered this a miscarriage of justice and accused the Colţeu family of forging documents necessary for their claim.

The family counter-argued they are the legal inheritors of Ecaterina Mairovitz, a grand-daughter of Iosif Grosz, a Hungarian businessman who owned properties in Nadăş before World War II.

The villagers battled for their land in the face of eviction threats - and refused to abandon the little their families had earned over many generations.

They saw this as a return of the Boyars - the out-of-town aristocrats who ruled over regions in eastern Europe until the advent of the modern age.

In March 2016 Romania's National Anti-corruption Directorate (DNA) concluded a two-year investigation, in which it stated that the will that acts as the base for the Colţeu family's claim was a forgery.

As a consequence, the disputed land will probably return to the villagers of Nadăş.

Multimedia and text by Ciprian Hord 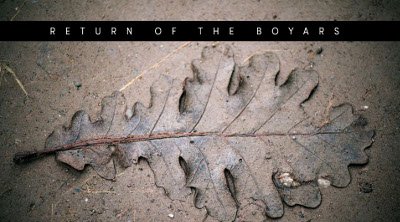