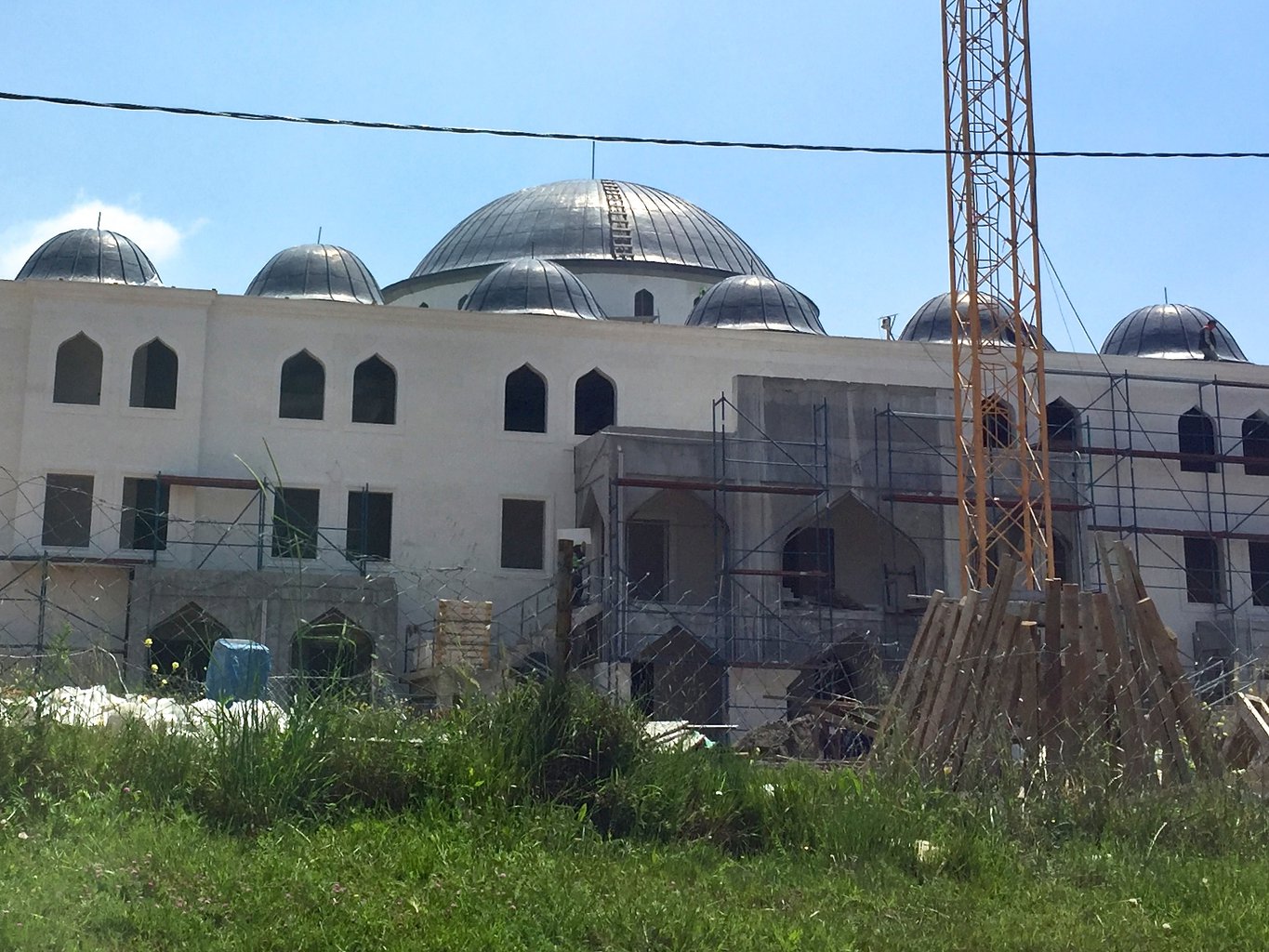 The contract for the mosque build, which has since ballooned to four times the original costs, was awarded to the municipality’s own building company, breaching Turkish regulations.

The revelations come from leaked documents, public registry and further investigation by The Black Sea, in combination with the European Investigative Collaborations (EIC) Network and Dutch media group NRC for the #MaltaFiles project.

A Most Loyal Ally

Until a few days ago, 61-year old Yildirim was the head of Turkey's governing party, the Justice and Development Party, known as AKP - founded by its returning member and new chairman, President of Turkey, Recep Tayyip Erdogan.

Yildirim has been Prime Minister of Turkey since May 2016. Previously, he was Minister of Transport, Maritime and Communication, and has been one of the strongest and most loyal allies of the President.

In Pendik, a working-class neighbourhood on the Asian side of Istanbul near the Sabiha Gökçen International Airport, a new mosque is under construction.

Due to be delivered this summer, the mosque will stand as a testament to the rule of the AKP, which controls most of the municipality's assembly.

Erdogan has overseen a massive construction boom in mosques across Turkey and in 30 mega-mosque projects across five continents, which are part of a strategy to gain influence in foreign Islamic communities.

The project was announced by local AKP's Meclis Uyesi - Assembly Members - back in 2014 after the municipality received a 1.75 million Turkish Lira donation - 600,000 Euro at the time - from a mysterious company: Elia Spa Kozmetik AS.

The secret benefactors demanded two conditions: For the money must be spent on a mosque and for the name to be Amine Hatun - “Lady Amine”.

Under Turkish law, any donations with conditions require a vote in the local assembly. In the staunchly-AKP Pendik, however, these are formalities. Within a day, the vote cleared the assembly.

This vote passed in the face of complaints from the opposition Republican Peoples Party member, Tarik Balyali, who voiced concerns about the source of the cash.

Despite his protestations, the leaders of the assembly gave him no reply.

Balyali, who was elected as a CHP local assembly member in 2009, told The Black Sea that, “the amount donated was unprecedented. I never seen anyone donate such a high amount; it just never happens.”

“I found it very strange and looked into it,” he added, “but could never find out find who was behind the donation. I suspected it came from someone within the AKP as a political gesture to the Pendik municipality or for some business reasons.”

Between the Yıldırım family and the people of Pendik was a middleman - a lawyer.

His name is Serkan Bayram. And he was the attorney of Elia Spa Kozmetik, who brokered the deal on the company’s behalf.

Bayram is a well-connected lawyer. He happens to represent the Yıldırıms, and is a family friend. Last year, he was also elected as a member of the Turkish parliament for the AKP.

The company that owned Elia Spa, Neshatech BV, is listed to an office in Almere, Netherlands. In its short life, the firm never undertook any apparent business.

It seems the purpose of its existence was to help transfer the mosque cash into Turkey, and hide the name of the real owner, Erkam Yıldırım, the son of Prime Minister Binali Yıldırım.

Over the next year, the Pendik municipality drew up the plans for an opulent mosque before announcing the public tender in 2015. During that time, the costs of the project inflated significantly the original donation amount of 1.75 million to 5.72 million liras [1.42 million Euro under today's exchange rate]. The rest of the cash for the construction will not come from such donors. Its source is the Pendik municipality's budget, funded by the local voters.

Originally, the winning bid was awarded to a private contractor from Istanbul. Then suddenly it wasn’t.

Shortly after the construction began, for reasons unknown, the mosque contract shifted quietly to the Pendik municipality’s own private company, Penyapsan A.S.

The move, without any public announcement, is in breach of Turkish law, which states that municipality companies “cannot be awarded tenders in their own jurisdictions if there are elected officials residing in the company board.”

But Penyapsan’s board is packed with AKP elected officials and “appointees”, such as company president, Remzi Şeker, and board members Ekrem Yıldırım and Öznur Canayakin. The two other members are Mehmet Sami Divleli, Pendik’s vice mayor under Kenan Sahin, and Atilla Ipek – a consultant to Divleli.

In 2012, Turkish Minister of Interior, Idris Naim Sahin, declared in the country’s parliament that his office, and the courts, would thoroughly investigate any evidence breaches by local lawmakers.

“The Ministry,” he announced, “would initiate necessary legal procedures if actions breaching tender laws in municipalities are reported to the Ministry”.

Unsurprisingly, there has been no investigation.

Instead, Pendik mayor Kenan Sahin proudly announced only a few weeks ago that the Amine Hatun mosque was planned and built entirely by Penyapsan and would be ready this summer.

Why the Yıldırıms forked out nearly two million Turkish Lira to build a mosque in Pendik is not clear. They did not respond to The Black Sea’s questions.