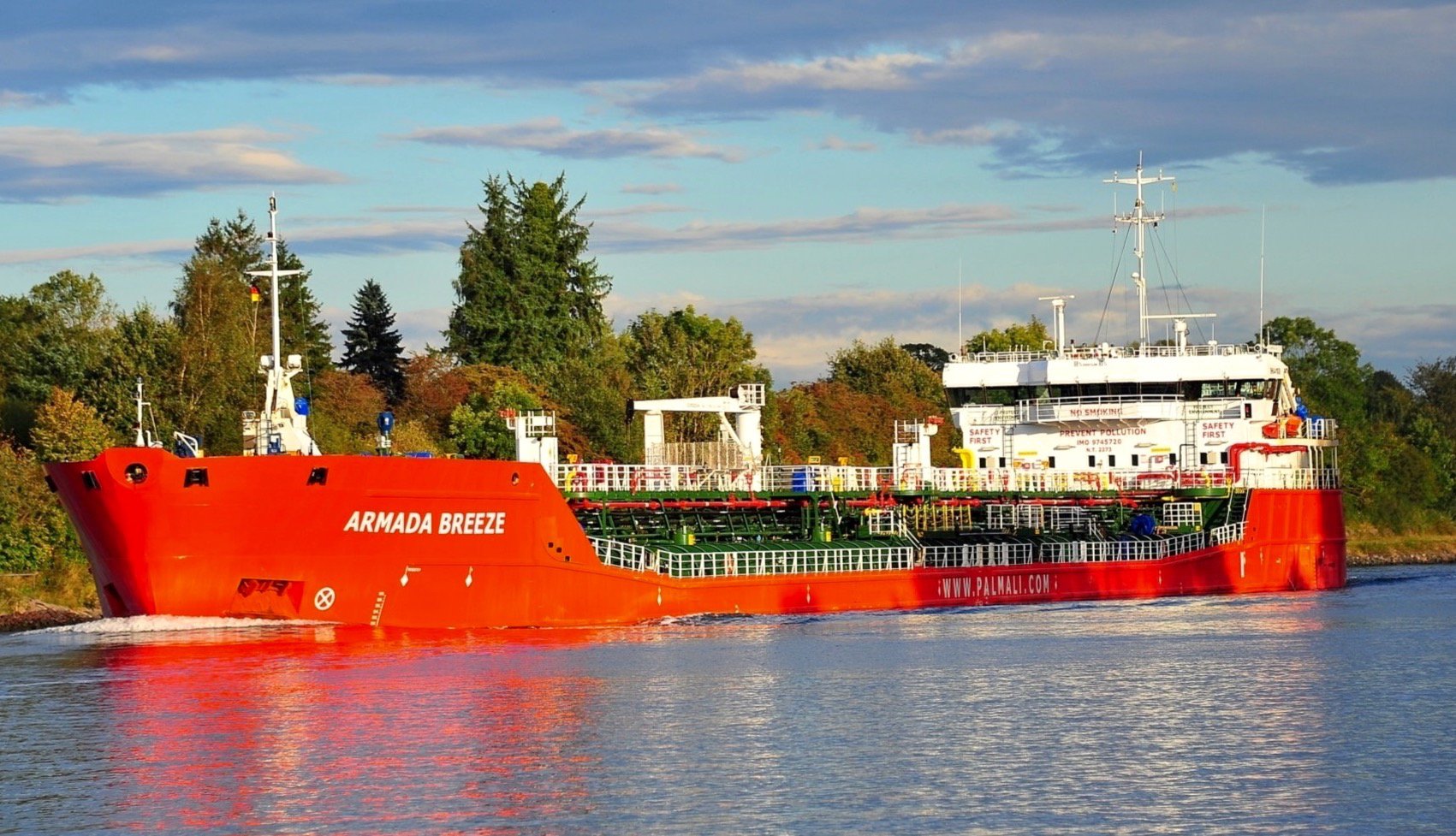 SOCAR has neither commented on or made public the deal, potentially worth up to 100 million dollars and conducted through the oil giant’s trading arm, SOCAR Logistics, earlier this year.

The secret sale occurs amid a period of heavy pressure on SOCAR from Erdoğan’s government to cleanse its ranks of alleged followers of the exiled ex-preacher, Fethullah Gülen. A former ally of President Erdogan, Gülen is accused by Ankara of engineering the failed coup in Turkey in July last year.

The Azeri state company now rents the ships to a fledgling firm based in Moscow, called Frachtmortrans, whose directors and shareholders have ties to SOCAR and the business of UK oil giant BP in Azerbaijan.

Contacted by The Black Sea, BP has denied any knowledge of the business, while SOCAR and its representatives ignored our questions.

The revelations are part of The Black Sea's 2017 Malta Files project with the European Investigative Collaborations (EIC) network. Already, the Malta Files exposed the Erdoğan family’s secretly ownership of a 25 million USD oil tanker, called the Agdash, though offshore companies in Malta and the Isle of Man , and the 140 million USD offshore holdings of the children of Turkish Prime Minister, Binali Yıldırım .

Leading members of SOCAR have been linked to the Gülen movement - known as Cemaat. Therefore the revelation of SOCAR’s hushed acquisition of the Erdoğans' ships raises questions about how much the oil giant is appeasing Turkey’s first family due to the company’s historic connection to a group that Ankara labels terrorists.

It also brings light to the extent to which the Erdoğan clan exploits the country’s political infrastructure to benefit their own pockets. 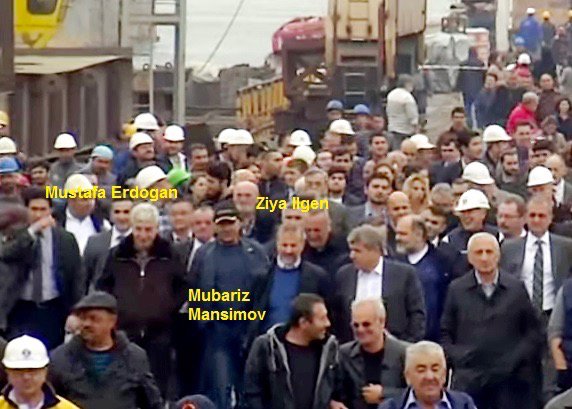 SOCAR purchased the fleet from the Erdoğan family's BMZ Group - an Istanbul-based shipping company owned by the President's son Bilal, his brother Mustafa, and his brother-in-law Ziya Ilgen.

In early 2015 Turkish media published photographs of Mustafa Erdoğan and Ilgen mingling with the crowd at the launch ceremony of a 140-metre oil and chemicals tanker, the Begim Aslanova.

They both attended the event to celebrate the latest family maritime asset, the second in a five vessel deal said to cost them close to 100 million USD.

Only a few months before, in October 2014, the first vessel in the contract - the Mecid Aslanov – hit the waves. By November 2015, the final three ships - the Poet Qabil, Armada Fair and the Armada Breeze – were delivered to BMZ.

Accompanying Mustafa and Ziya that February day in 2015 was Mübariz Mansimov [also known by his Turkish name of Mübariz Gurbanoğlu], an Azeri-Turkish billionaire and president of Palmali Group, a global shipping company headquartered in Istanbul.

Mansimov is a key business partner for the Erdoğans. Each time one of the family’s ships was launched, Mansimov, who also in business with SOCAR on several deals inside and outside of Turkey. rented it though Palmali.

The specifics of Mansimov’s financial arrangements with the Erdoğans lack transparency. But Turkish media reports that his rental agreement with BMZ involved him repaying millions in Turkish bank loans, which the Erdoğans allegedly obtained to finance the construction costs of the vessels.

If true, this arrangement is similar to a secret deal exposed by The Black Sea . In 2008, Mansimov sold an oil tanker called the Agdash to the Erdoğans' offshore company in the Isle of Man for around 25 million USD. To finance part of the purchase, the Erdoğans agreed an 18.4 million USD credit from a Latvian bank – which was paid off by Mansimov as part of a hidden rental agreement.

From Putsch to Purge

The political situation in Turkey has deteriorated since the Erdoğans and Mansimov first entered into business together in 2008.

For the past few years Erdogan, Gülen, and members of his movement ‘Cemaat’ have engaged in open warfare for control of Turkey’s police, judiciary and military, as well as the business community at home and abroad. The tactics on both sides were dirty - phones were tapped, companies seized, and many were arrested or detained.

During this time, Azerbaijan and SOCAR were of special interest to the Turkish government, since for years it was generally believed that Gülen had significant influence in both the Azeri state and among the senior levels of its valuable energy operation.

Although Azeri officials made public denials about the extent of a Gülen ‘infestation’ in their ranks, the leadership cooperated with Ankara, closing schools and firing employees Turkey claimed were linked to Cemaat. SOCAR also bent to Turkey’s will, requisitioning many Gülen-linked education centres and schools in Azerbaijan, before shutting them down.

In Turkey, where SOCAR has around 18 billion USD invested, the oil giant cut staff at several of its operations, including senior level personnel at its petrochemicals firm Petkim - whose flagship project is the five billion-dollar SOCAR Turkey Aegean Refinery (STAR) in the western region of Izmir, due for completion in 2018.

This was all prior to the violence which occurred almost exactly a year ago, when the Erdoğan-Gülen conflict reached its zenith. In July 2016, elements in the Turkish military allegedly allied with Gülen launched a coup against Erdoğan and the government of Turkey - only to face a brutal counter-attack from the Government, army and population allied to the leader. 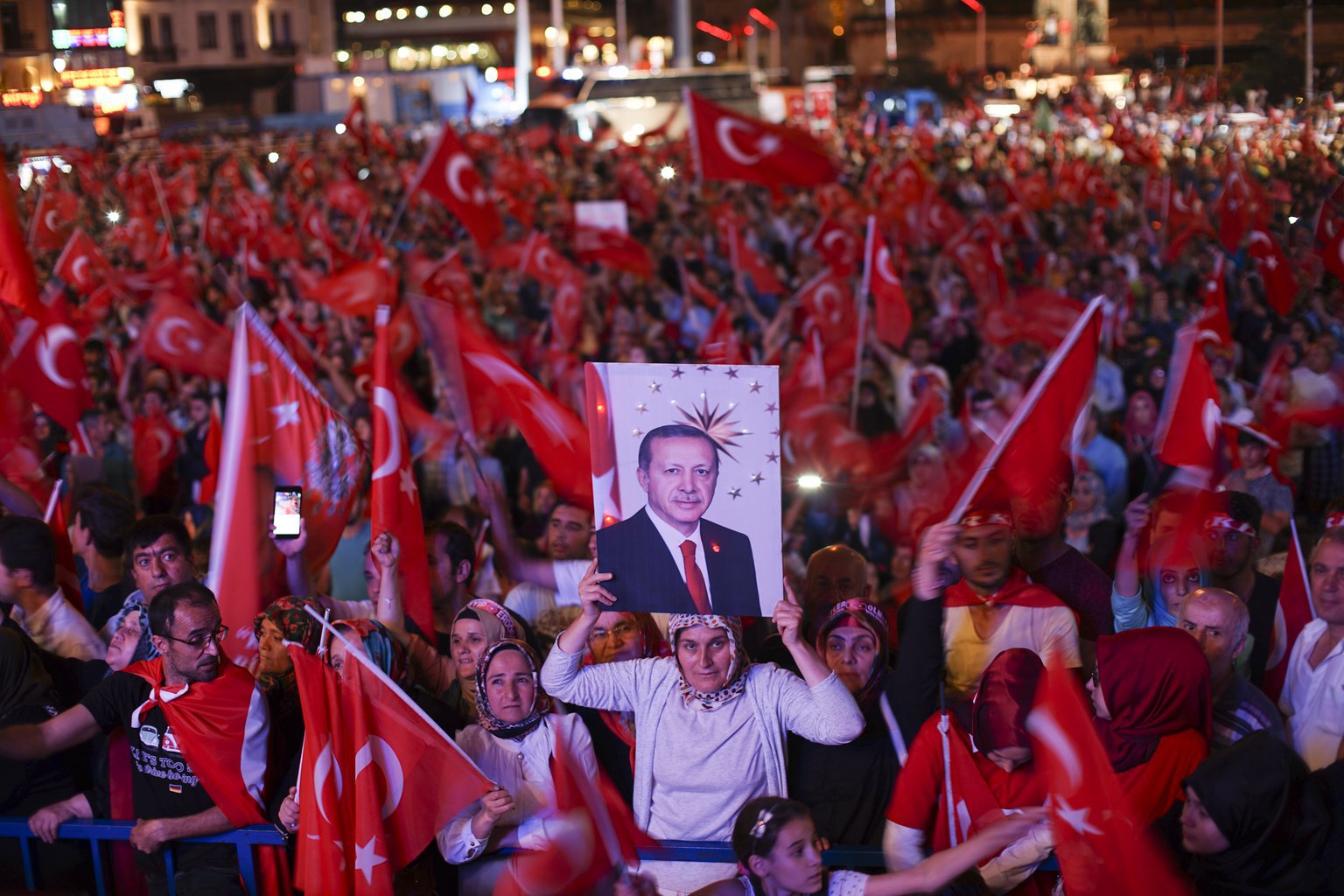 The resulting crackdown by Ankara on its dissenters has been fierce. Erdoğan imposed and then exploited state of emergency rules to intensify the purge against any institutions, businesses or individuals,with even a passing connection to Cemaat - and many that did not.

For SOCAR, the subsequent ‘cleansing’ meant the company suffered an increased number of “inspections” of its Turkish businesses by agents of the state, seen as a form of political pressure.

On 5 August 2016, three weeks after the military failed to topple Erdoğan, Turkey’s Energy Minister and Erdoğan’s son-in-law, Berat Albayrak, held meetings with SOCAR President Rovnag Abdullayev in Ankara. It was all public smiles and reassurance as each side declared their mutual friendship and support.

“It was quite important for us to see that SOCAR, which is one of the most important investors in Turkey with 18 billion USD, sides with us and trusts the Turkish nation and economy,” Albayrak announced.

The Minister focused on steps being taken against the Fethullahist Terror Organization (FETÖ) - the name given to by the Turkish state to the Gülen movement - in both the public and private sector.

Albayrak’s visit in August set off over 200 “resignations” at SOCAR’s Turkish petrochemicals firm Petkim, according to Turkish media reports. Many of these staffers were later arrested or detained on FETÖ charges.

SOCAR responded with a statement that the arrests were part of “a legal procedure, which is implemented by the relevant authorities of Turkey and SOCAR supports it.”

Incidentally, it was around this time that SOCAR established the companies which would take ownership of the Erdoğan family’s five oil tankers.

Over December and January 2017, each of SOCAR’s five companies took ownership and lent their name to one of the Erdoğans’ former ships.

Specifics on the deal - such as the value of the sale - are not available to the public. If the Azeri state company did make any payments to the Erdoğans, it was likely in cash, as none of the Malta businesses registered any loans.

Also unknown are the reasons why SOCAR chose to expand its fleet of 30 ships specifically with the Erdoğan family’s five tankers.

In the same month of this undisclosed deal between the first family of Turkey and one of the nation’s largest foreign investors, SOCAR President Rovnag Abdullayev presented further investments in Turkey.

The company also announced the transfer of its majority interest in the multi-billion dollar Trans-Anatolian Natural Gas Pipeline (TANAP) project to SOCAR Turkey - the Azeri state’s main enterprise in the country.

In January, the Savings Deposit Insurance Fund of Turkey (TMSF) - a financial management institution which the Turkish authorities use to confiscate businesses - took control of the upper management of the natural gas import and sales company, SOCAR Gaz Trade, replacing fired ‘Gülenists’ in the top ranks.

Another direct connection between the multinational Azeri energy company and the Turkish first family involves the business dealings of Erdoğan's brother-in-law, Ziya Ilgen.

SOCAR Turkey holds a 70 per cent share in SOCAR Gas, while the other 30 per cent belonging to Arkgas - formerly known as Cig Enerji - owned by a group of Turkish businessmen with ties to Erdoğan.

For a time in 2013, Ziya Ilgen held a six per cent interest in SOCAR Gaz though Arkgas. Ilgen is also a shareholder in BMZ, which sold the ships to SOCAR.

This chain of links also returns to Palmali Group, run by Mübariz Mansimov - the billionaire Azeri oil shipping tycoon who sold an oil tanker to the Erdoğan family's offshore company in 2008. Various Turkish trade media reported in March that that SOCAR had purchased seven oil tankers from Palmali Group to increase its maritime operations.

SOCAR and Palmali remained silent about the deal, refusing to answer our questions on the value of the purchases or whether the Erdoğans’ five ships were among those sold.

Fate of the ships

So what happened to the five ships that the Azeri state company bought from the Erdoğan family earlier this year?

At the present time, SOCAR rents the ships to a Moscow-based firm called Frachtmortrans.

SOCAR would not respond to inquiries about who owns Frachtmortrans. Two of the men listed on the company documents are in the oil business in Azerbaijan.

The first is Namik Aladdin Ogly Kadyrov, more commonly known as Namik Gadirov, and formerly the head of operations at SOCAR Logistics in Dubai, but who now appears to run a small maritime operation in Switzerland opened in March this year.

The second is Gashim Mirza Ogly Movsumzade - or Ashim Movsumzade - an Azeri who claims to be the long-time representative of BP International in Azerbaijan.

David H Nicholas, head of BP International’s press office in London, told The Black Sea that “[Movsumzade] has acted as an agent or representative for some of BP’s oil and petroleum trading activities in Azerbaijan and the Caspian region,” but that it was a “part time role for which, as an independent contractor, he was paid a retainer – he has never been an employee of BP.”

Nicholas stated that he could not find any “BP connection to or information on [Frachtmortrans], and so cannot comment on it”.

Neither Movsumzade nor Gadirov responded to The Black Sea’s attempts to contact them.