Italy faces a general election in early 2018 and a deluge of far-right groups are fighting for a place in a likely coalition Government.

One of the most controversial parties is Forza Nuova (New Force), run by a neofascist former fugitive, Roberto Fiore, who has strong links to Russia.

Fiore’s motto is 'God, Fatherland, Family, Work', and he campaigns for a new deal for Italy’s workers and small businesses, free from the threat of globalisation.

But, according to our colleagues at Italian magazine L’Espresso, Fiore has been organising business trips for Italian entrepreneurs to invest - not in their home territory - but in the contested Ukrainian region of Crimea, annexed by Russia in 2014.

What is Forza Nuova?

Founded in 1997 by former fugitives from Italian justice, Roberto Fiore and Massimo Morsello, Forza Nuova ticks every box on the far-right ideological checklist: the party is anti-abortion, pro-Christian, anti-immigration, anti-same sex marriage, anti-NATO, Eurosceptic, and anti-capitalist. Plus it is also close to the Kremlin

The party's roots are in the neofascist underground movement from the late 1970s, Terza Posizione, of which Fiore was a major ideologue. Terza Posizione was a front for guerrilla group Nuclei Armati Rivoluzionari (Armed Revolutionary Groups), which carried out dozens of assassinations.

Who is Roberto Fiore?

On 2 August 1980, the city of Bologna was rocked by a suitcase bomb in its railway station that killed 85 people. Responsibility for the attack fell on Nuclei Armati Rivoluzionari, which denied culpability.

While in the UK he became friends with Nick Griffin, who would later become leader of the far-right British National Party, and he built up a business in student travel.

But how did Fiore gain a home in the UK? According to a 1991 document by the Consultative Commission on Racism and Xenophobia in the EU, Fiore ”had been an agent with the British Secret Service (MI6) since the early '80s” - an allegation Fiore denies.

In 2000, he returned to Italy to take charge of Forza Nuova, alongside Massimo Morsello. When Morsello died a year later, Fiore secured his place at the top. 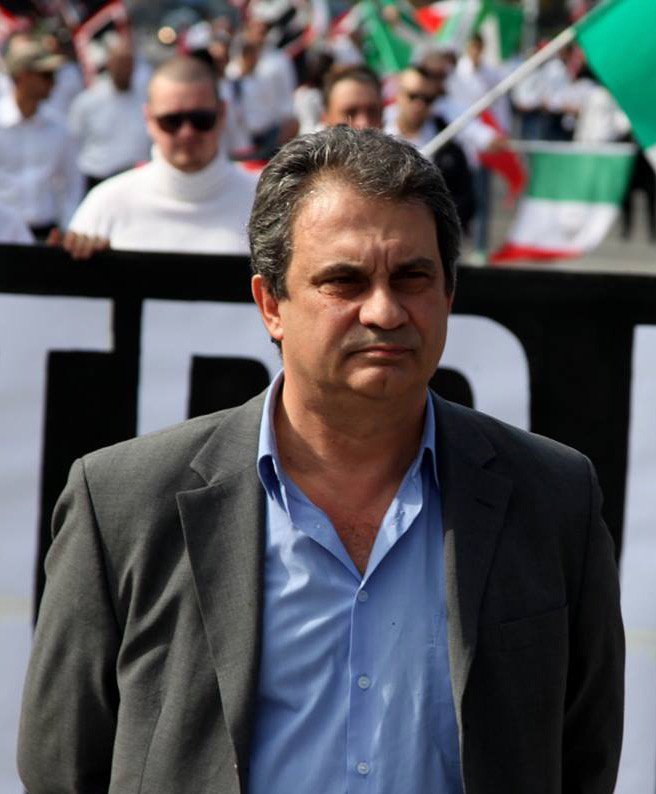 What are Fiore’s links to Russia?

Fiore is an admirer of Vladimir Putin and has been a regular visitor to Russia on official delegations. His party's vehement anti-NATO, Eurosceptical and Christian fundamentalist line is close in spirit to that of Putin’s United Russia party.

In 2015, Fiore participated in the Conservative Forum in St. Petersburg alongside Europe's senior neofascist leaders. According to intelligence sources, in exchange for help for the Russian cause in Europe, extremist movements did “receive [Russian] economic support”. There is no proof that Forza Nuova gained cash from Russia.

But the relationship goes back before then - Fiore went on an official visit to Russia in 2012 for a two-day meeting called ‘Russian-Italian Trade Dialogue’ in Nizhny Novgorod, a large industrial city 400 km east of Moscow.

The summit programme stated that Fiore was there in a new capacity - that of director of the Italian-Russian organisation, Associazione Alexandrite.

How does this connect to Crimea?

In February 2014, following the revolution in Ukraine, Russia moved to take over the Crimean peninsula. In a near-bloodless annexation, the region fell under Vladimir Putin’s control.

But the Kremlin was left with a problem: Crimea was poor, isolated from Russia by water, and its already weak economy was facing decimation following the break from Kyiv. To keep the territory would cost Russia billions of dollars in subsidies.

What was the solution?

Russia opened an investment portal in English promoting a Free Economic Zone in Crimea. The peninsula was to become Russia’s own tax haven.

Russia’s propaganda machine boasted of plans by Italians to invest 300 million Euro in Crimea’s wine industry , and 250 million Euro from Germans in recycling, hotels and tourism . This is despite both Germany and Italy recognising Crimea as territory belonging to Ukraine - and not Russia.

In 2014, Fiore's Associazione Alexandrite organized business trips for Italians to Russia - and the delegation headed straight to Crimea.

Interestingly, Fiore’s name was no longer visible on official documents relating to the association at that time.

But businessmen who participated in those meetings state that everything was run from Italy by the Forza Nuova boss, who went on to orchestrate a second delegation to Crimea in 2015.

“A friend introduced me to the association, of which I knew Mr. Fiore was the president,” says Diego Ebau, a small business entrepreneur from Sardinia, who participated in the trips. “My goal and that of other dozens of companies who were there was not political. We just wanted to know more about the benefits of investing in Crimea.”

According to Ebau, if he invested at least 50,000 Euro in the peninsula, he would pay zero taxes for the first five years and enjoy a six per cent cap on taxes thereafter.

What could be more inviting for investors suffering from Italy’s labyrinthine tax regime, and the country’s incessant recessions?

But encouraging Italian firms to set up shop in Crimea is an odd move for this neofascist party, because at the core of its ideology is the defence of economic sovereignty, and a hatred of globalisation due to its threat to Italian micro-businesses .

Now some companies from Fiore’s Crimea trips have plans to shut down their factories in Italy and reopen them in Crimea.

“I left the Alexandrite Association after two trips, because I prefer to do things on my own,” says Ebau, “but I know that a Puglia textile company is already in the process of moving production over there. And to tell the truth, I have plans myself: together with another Sardinian entrepreneur, we are looking to open a marble processing company in Crimea.”

Original article in Italian by Andrea Palladino, Giovanni Tizian, and Stefano Vergine at L’Espresso. This version by The Black Sea