The Black Sea is at the heart of centuries of warfare, turmoil and historical drama. This site of totalitarian regimes and young democracies is a melting pot of ethnic minorities and a point of convergence for Europe, Asia and the Middle East. Its waters, shores and inland suffered massive transformations as the surrounding countries tried to tame, reshape and reinforce the areas around the coast, while exploiting its resources for trade, defence and tourism.

Russia’s takeover of Crimea in 2014 and insurrection in east Ukraine have transformed the foreign policy in west Europe, the U.S, Turkey and the former Soviet Union. Now countries from the Baltics to Turkey experience an escalation of military, naval and air force activity. In May 2016, NATO opened a missile defence site in Romania aimed at protecting Europe from ballistic rockets. This angered Russia, which opposes a strong foreign military presence in its former sphere of influence.

“We have slid back into a new Cold War,” said Russian Prime Minister Dmitry Medvedev. But this divide no longer runs through central Europe. With Ukraine, Moldova and Georgia torn apart by frozen conflicts, the Iron Curtain has moved eastward to the Black Sea. 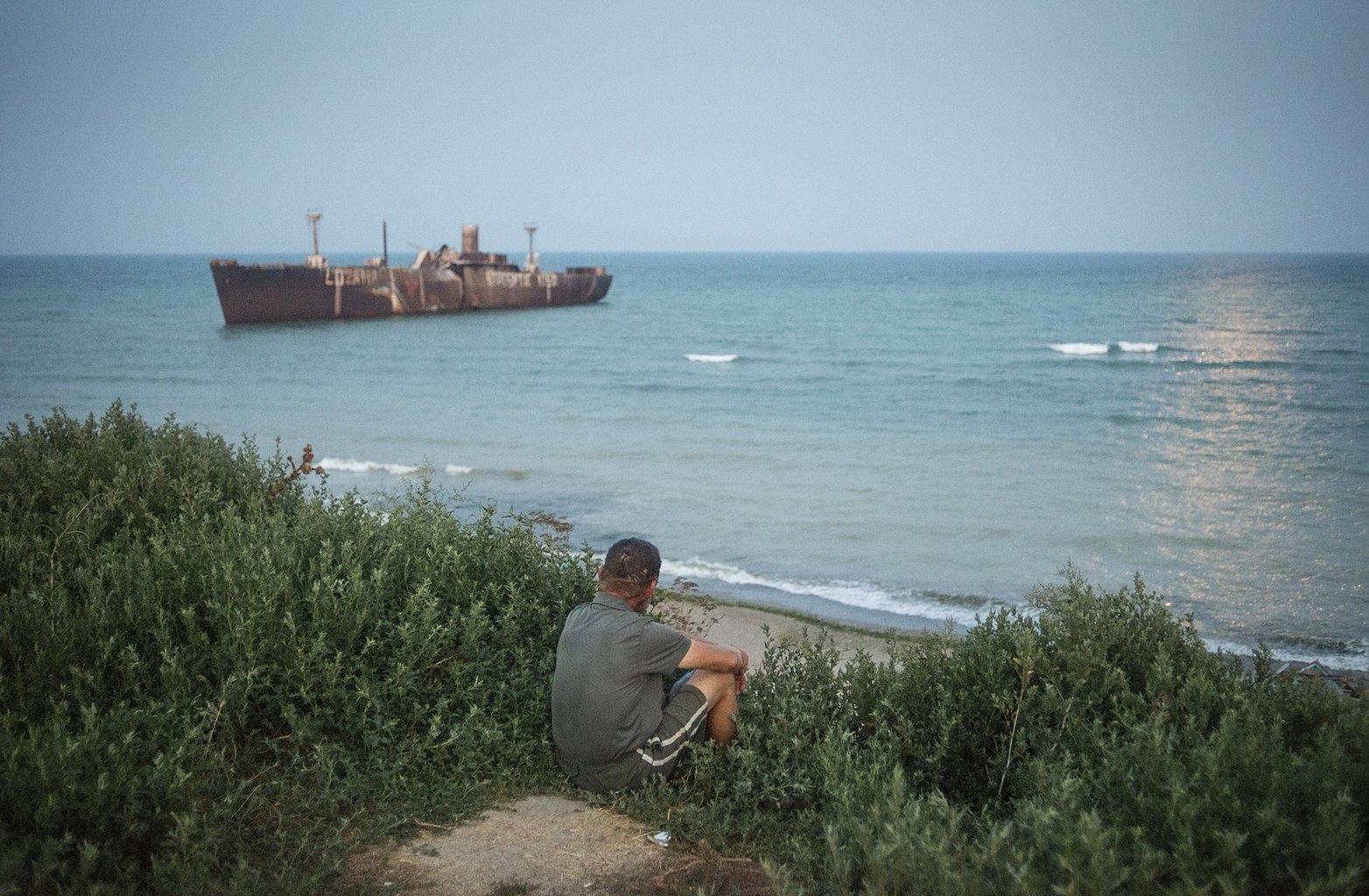 Costinesti, Romania: A fisherman sits on the shore opposite Evanghelia, a Greek ship which crashed in 1968. After the town failed to remove the boat from the water, the wreck became a symbol of this resort

Yet for generations, people from countries surrounding the sea have worked hard all year with one dream in their minds: to spend a holiday on its shores. Its beaches and waters are the trophy for millions who assault the seaside every summer. Whatever political upsurge these citizens experience at home, here they find love, freedom and memories to treasure.

I was born at the seaside in Romania and am fascinated by the sea and its power over people. Since 2010 I have been documenting the role of the Black Sea in the countries and separatist republics that share its basin, seen in the pictures below.

Signs of historic conflicts remain all over the shores: from World War II seafront bunkers turned into bars in Romania, to sandy beaches shelled in the 1990s in Abkhazia, which is packed with Russian tourists in the summer. Here wrecked battleships, parades of naval strength and war games are a background to tourists’ long sunny days at the beach, in a landscape where leisure and tension entwine.

Opening picture from Constanta, Romania: Seen through the waves is the Regina Maria warship, the flagship of the Romanian Navy, named after the British-born former Queen of pre-Communist Romania 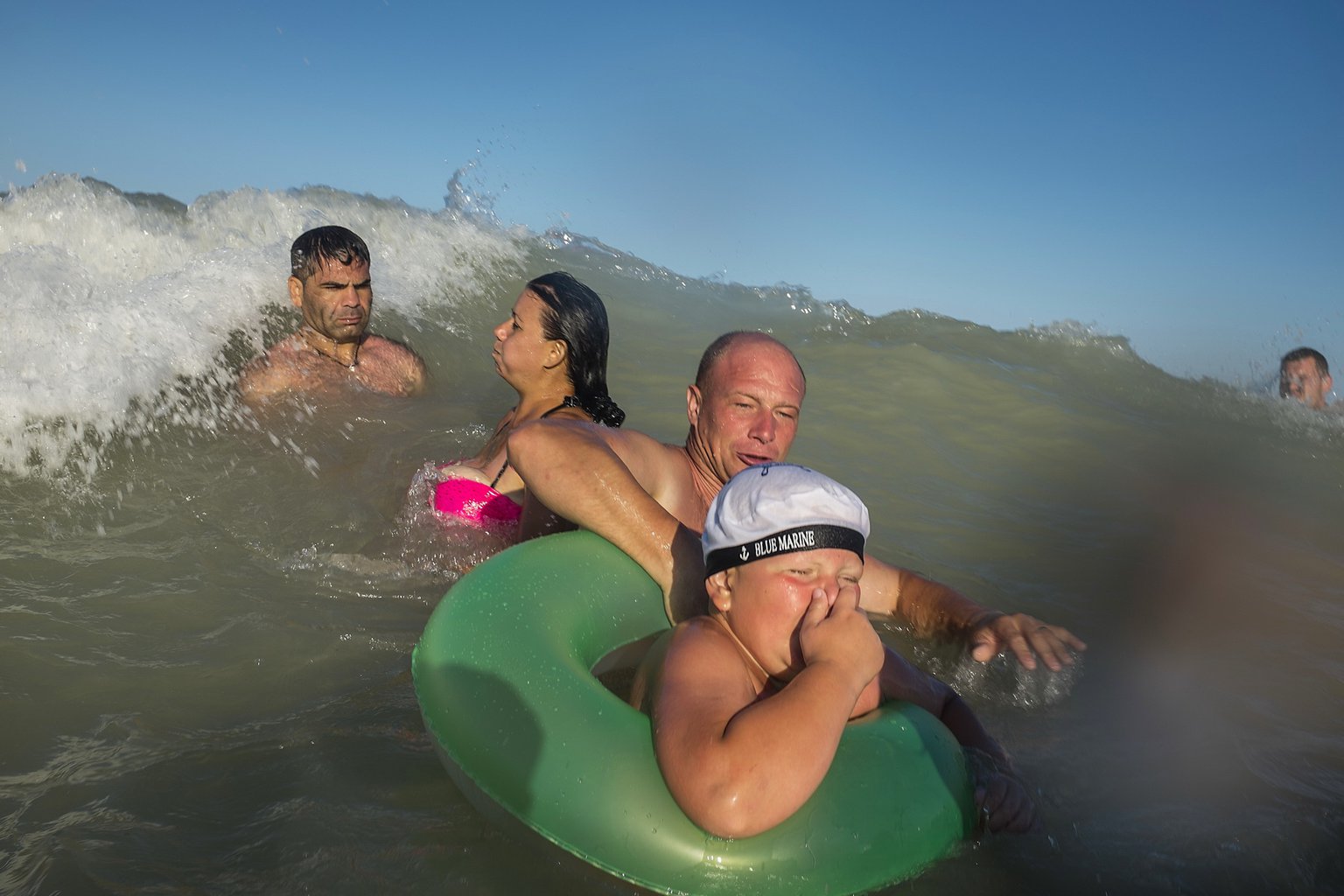 Costinesti, Romania: A young boy prepares to be smacked in the face by a wave 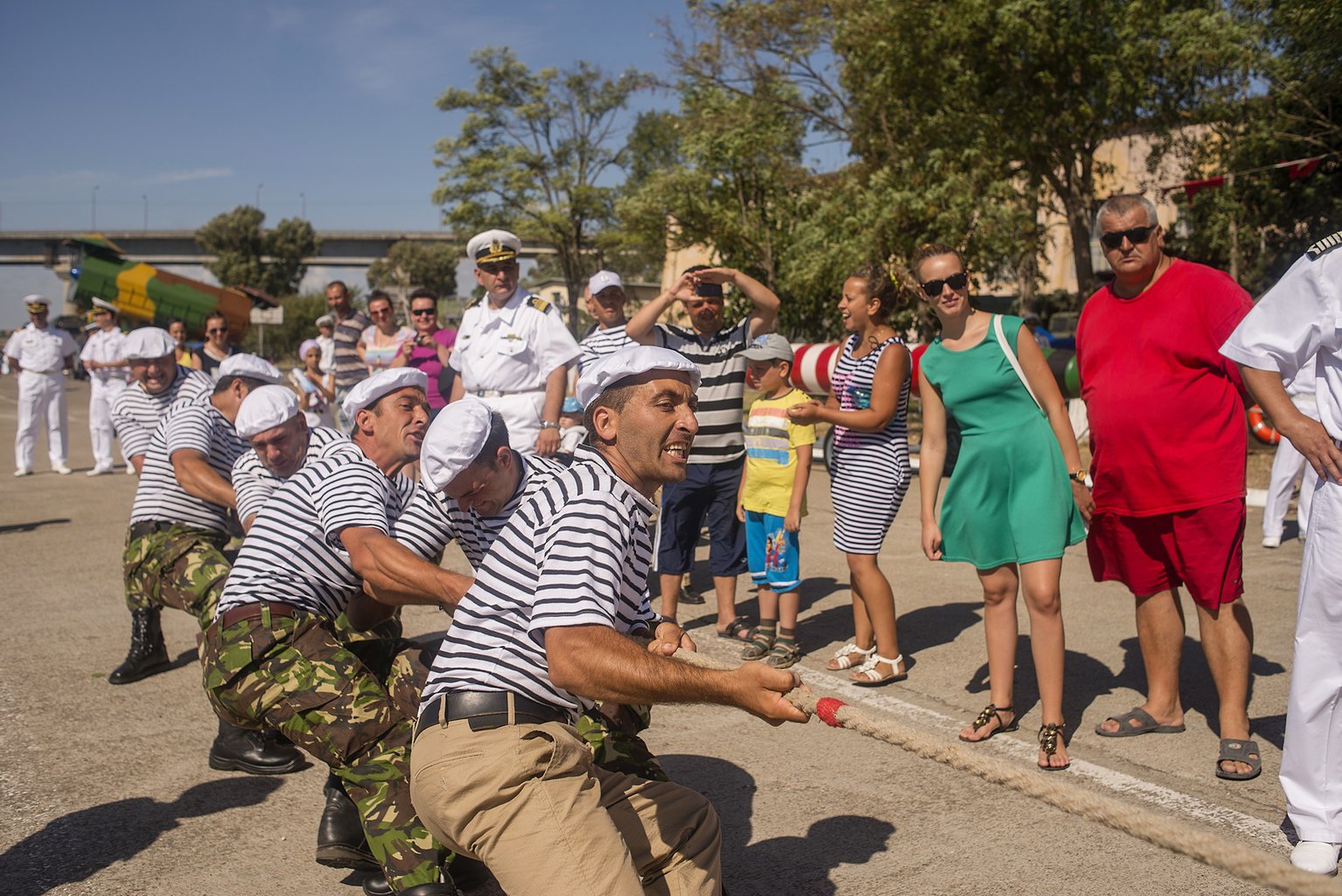 Mangalia, Romania: Members of the Romanian Navy play tug-of-war on the country’s Navy Day, where ships and weaponry are open to the public. The hardware mostly dates back to the Soviet era, but the Navy hopes that entertaining tourists will convince youngsters to enlist 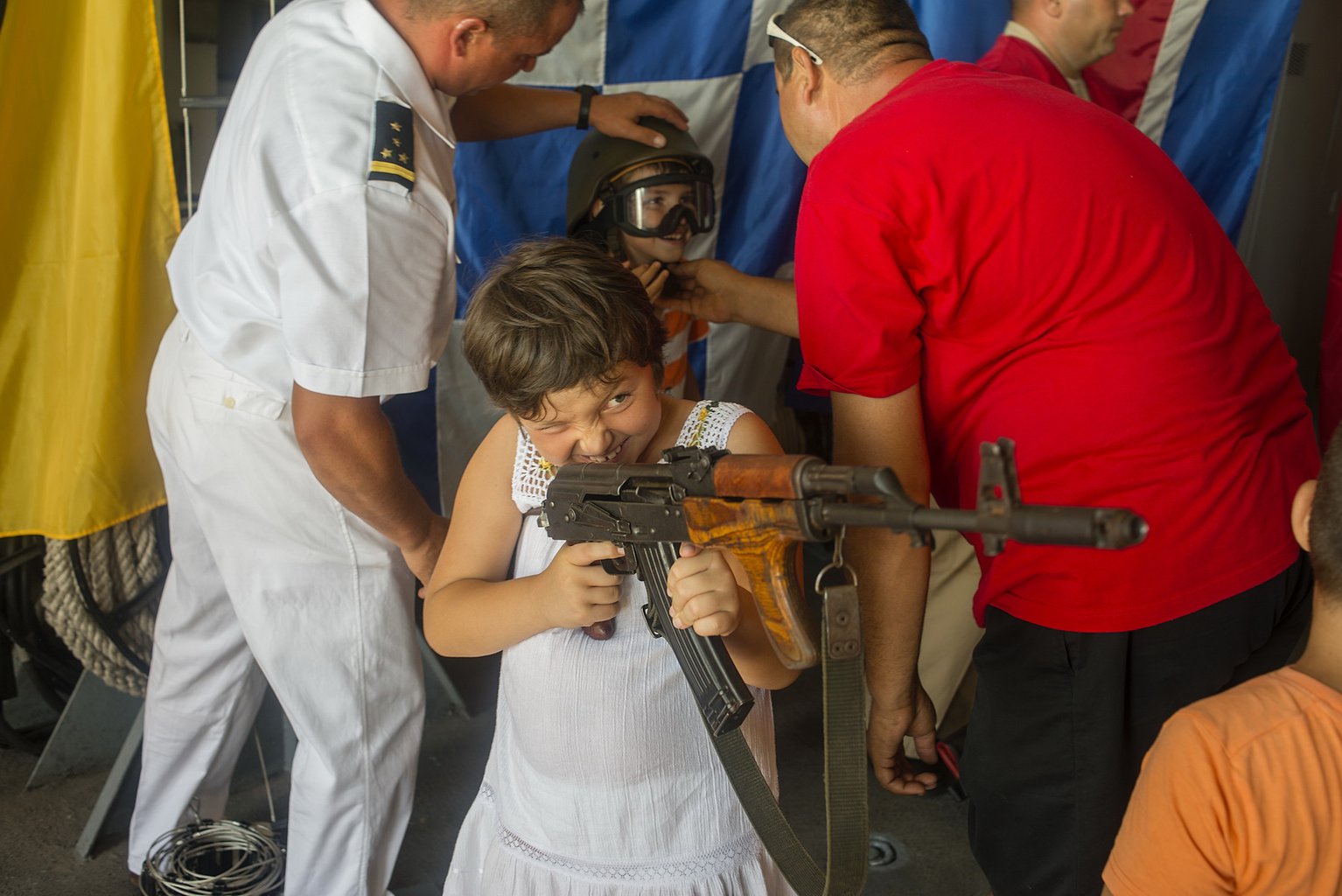 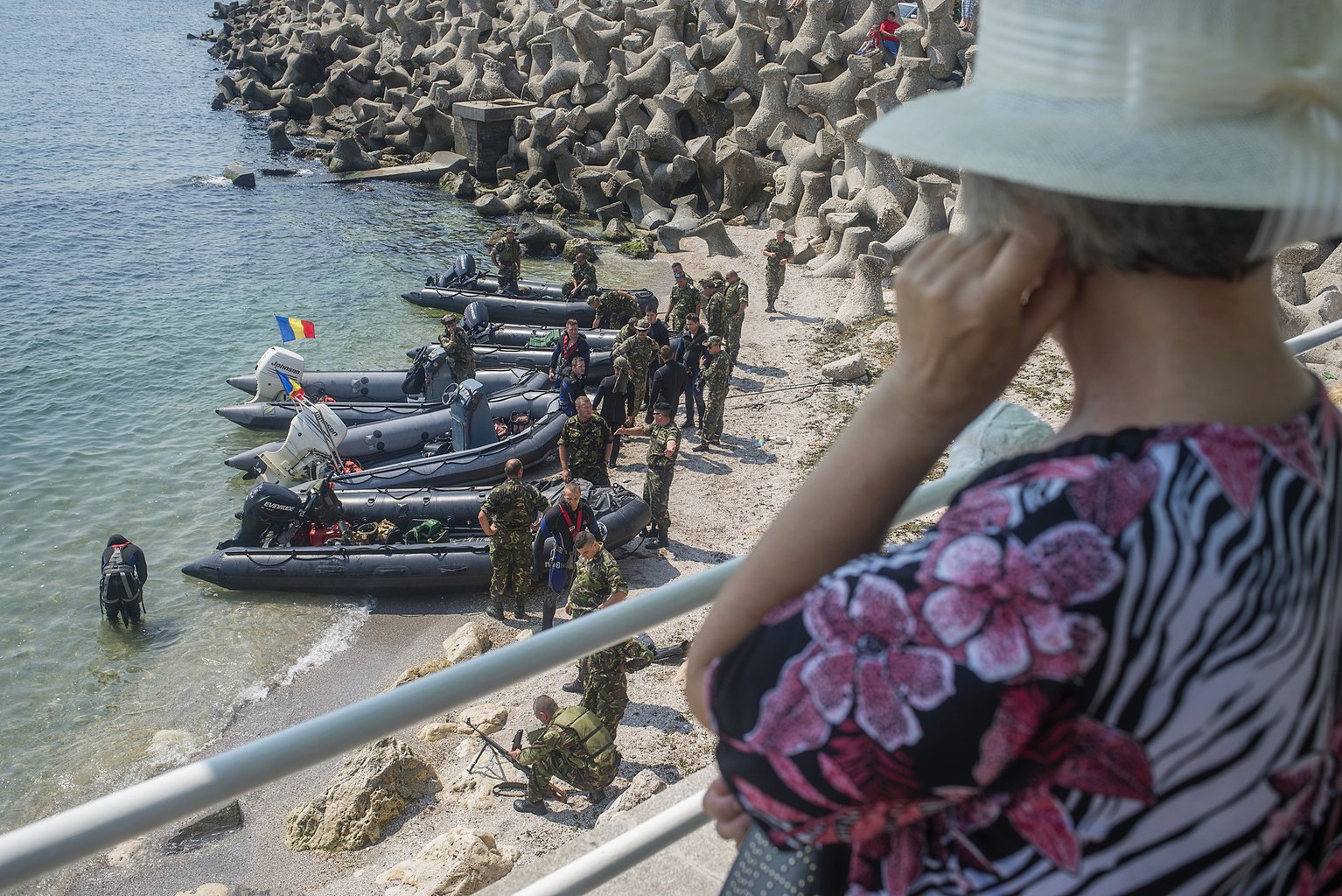 Constanta, Romania: Navy recruits unload their equipment after performing a parade on the seaside during Romanian Navy Day. Watching from the promenade is the mother of an officer, waiting for him with a bottle of cold water 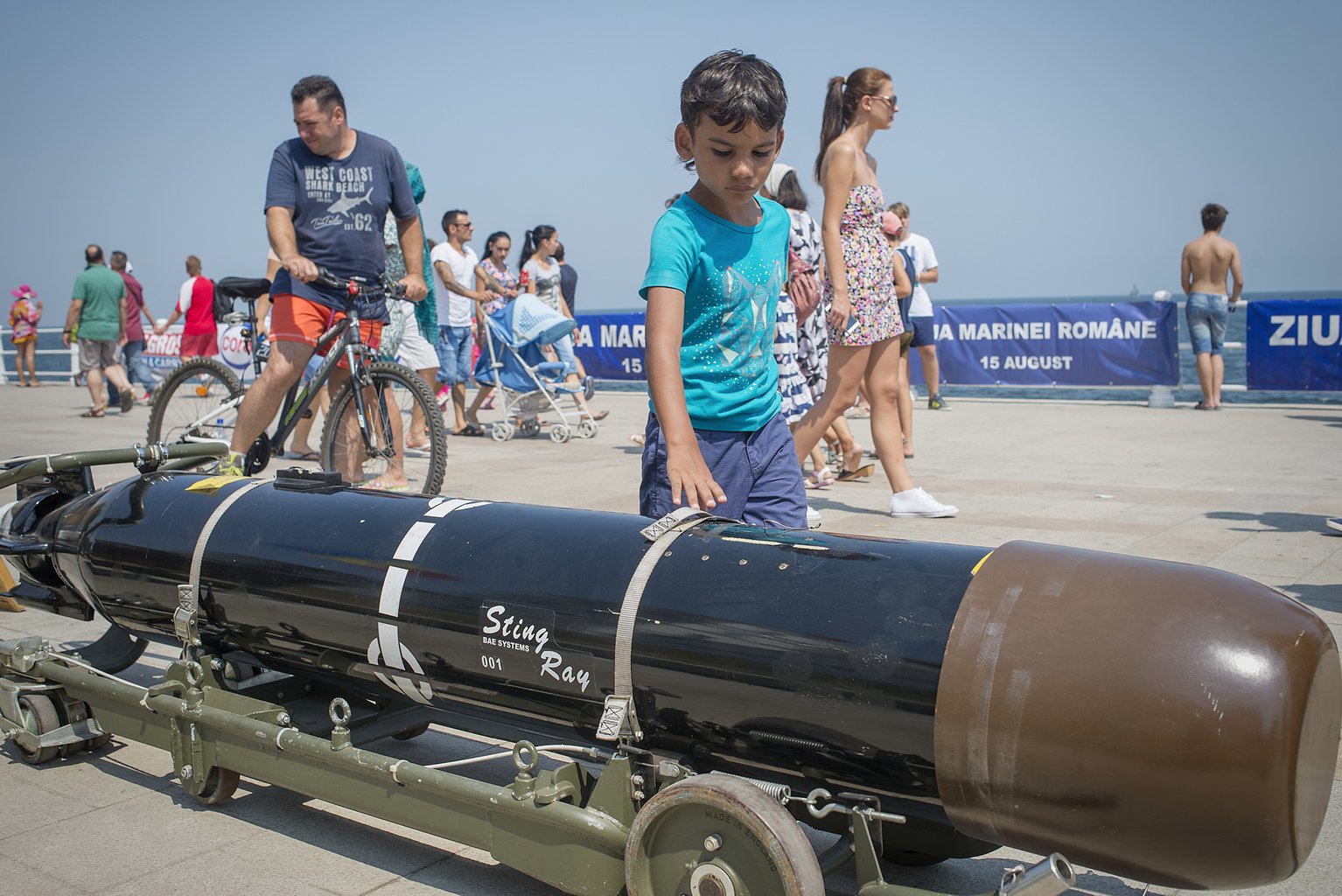 Constanta, Romania: A boy touches a Stingray, a British-manufactured torpedo used by the Romanian military, on the promenade during the Navy Day 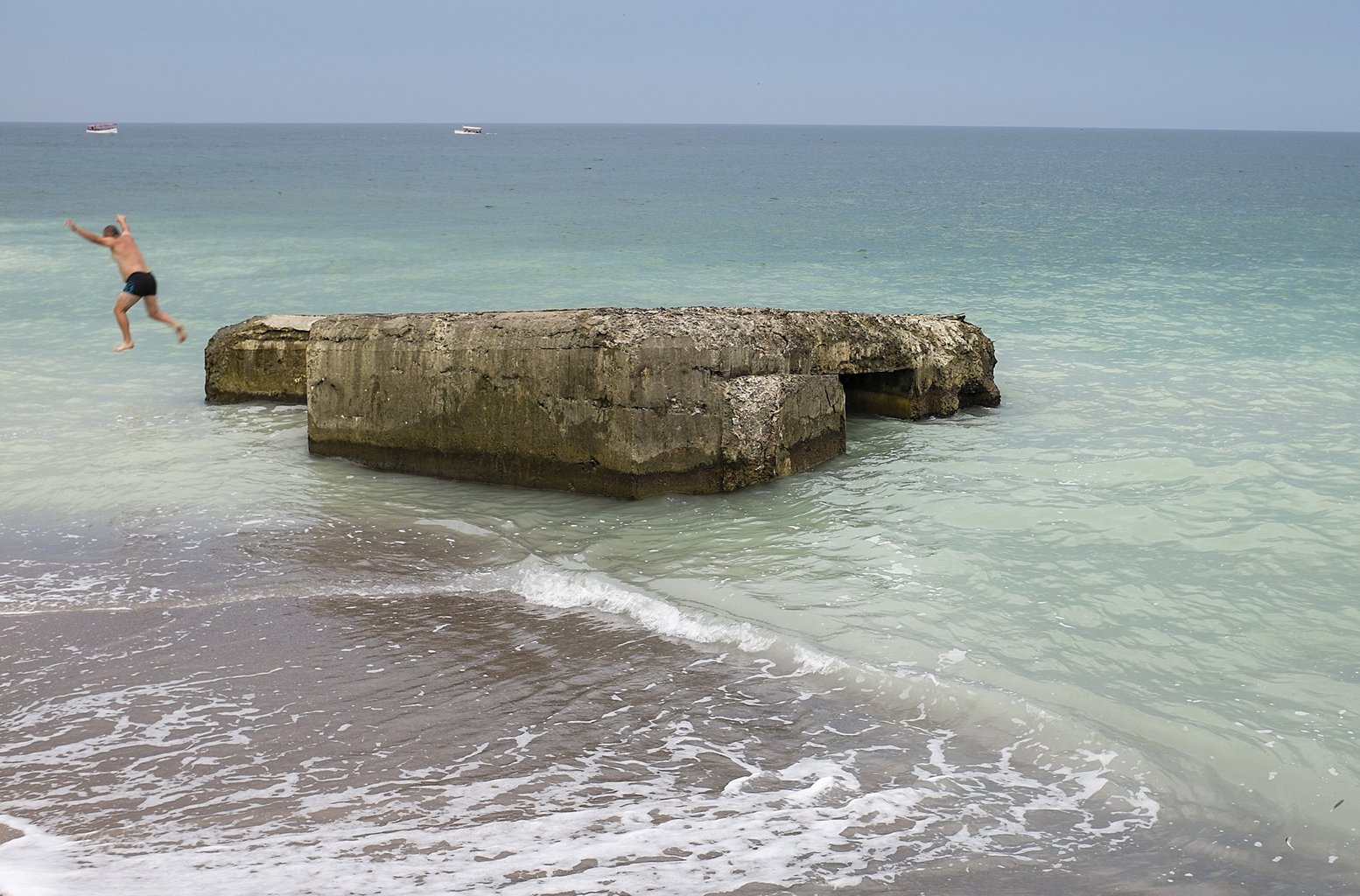 Costinesti, Romania: A man jumps into the water from a World War II concrete bunker. Fearing a Soviet invasion, the Germans and the Romanians - who were allies between 1940 and 1944 - built a long stretch of fortifications on the Romanian Black Sea coast 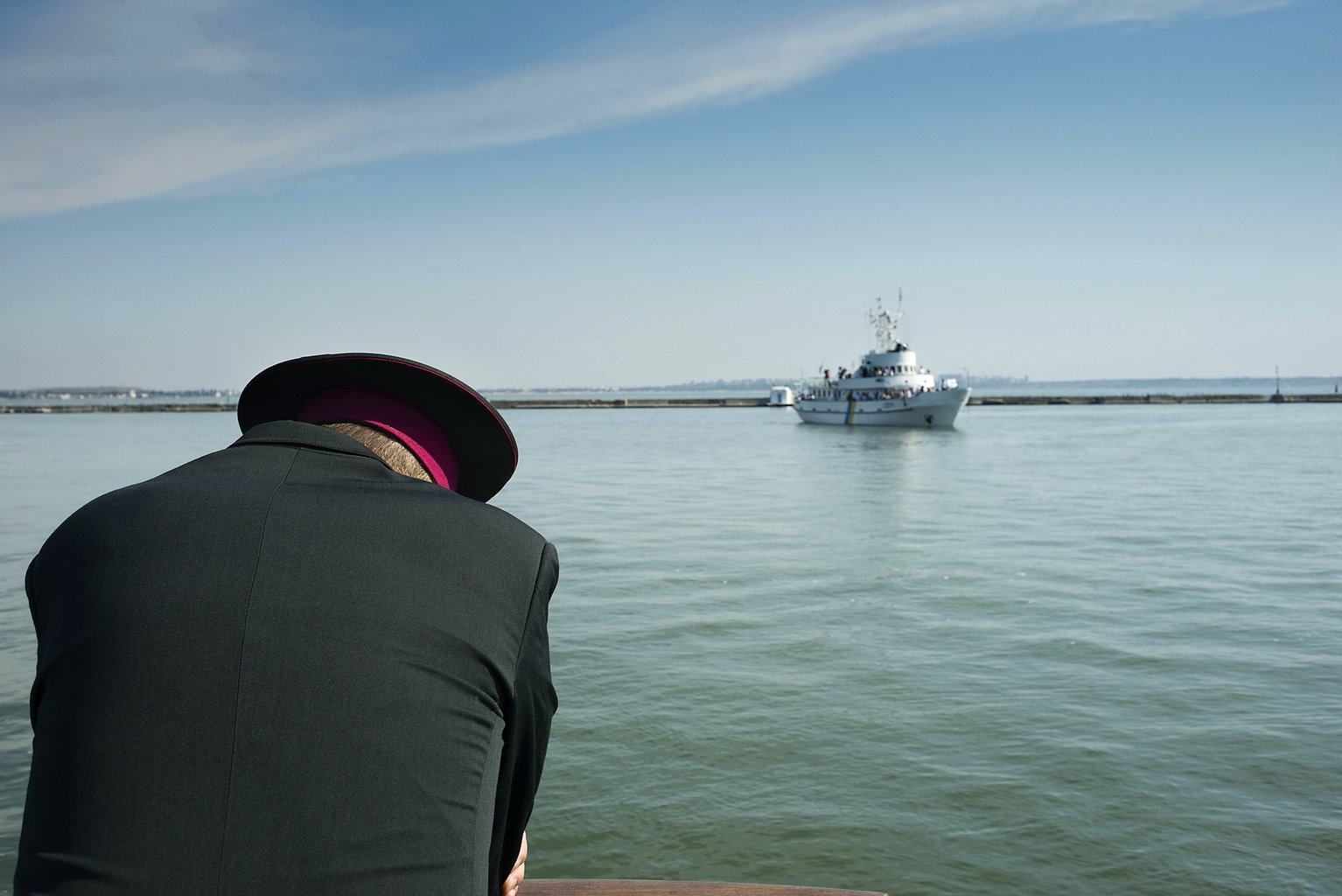 Costinesti, Romania: An officer in the Navy Day ceremonies held in Odessa. Since Russia’s seizure of Crimea in 2014, Ukrainian Navy Day has moved from the occupied peninsular to Odessa 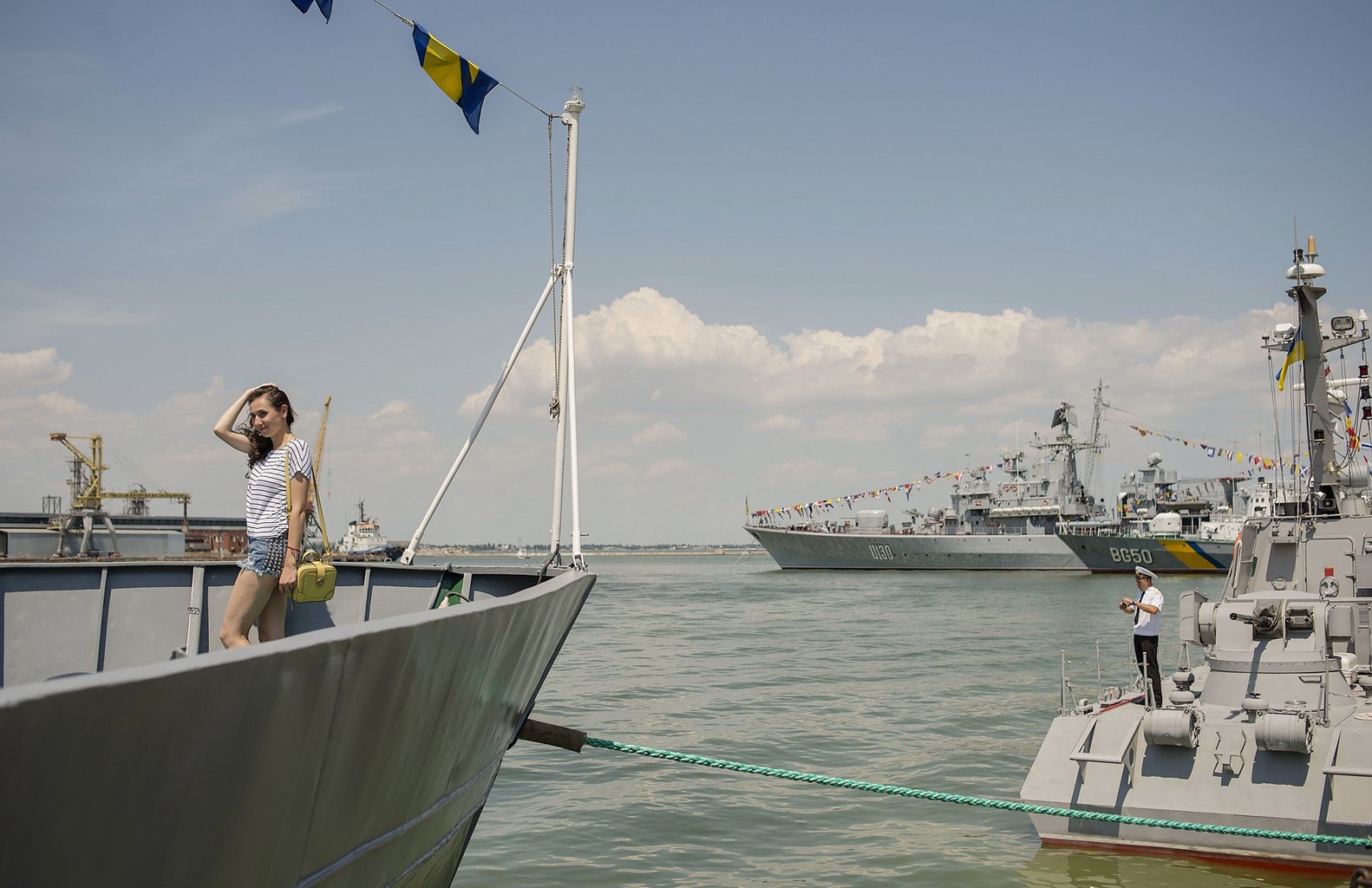 Odessa, Ukraine: War ships on display for the public during Navy Day 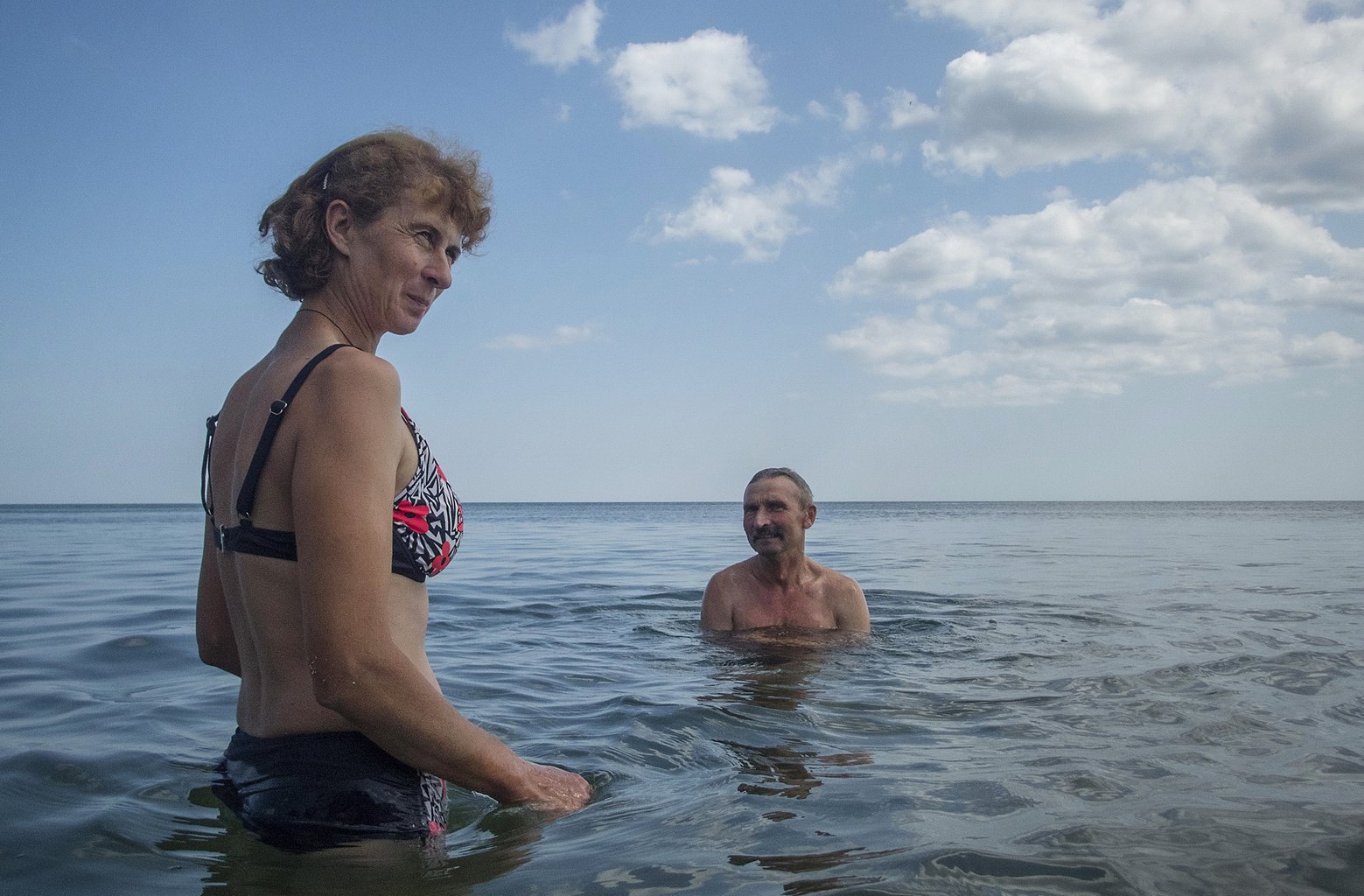 Primorsk, Ukraine: A couple in the Black Sea 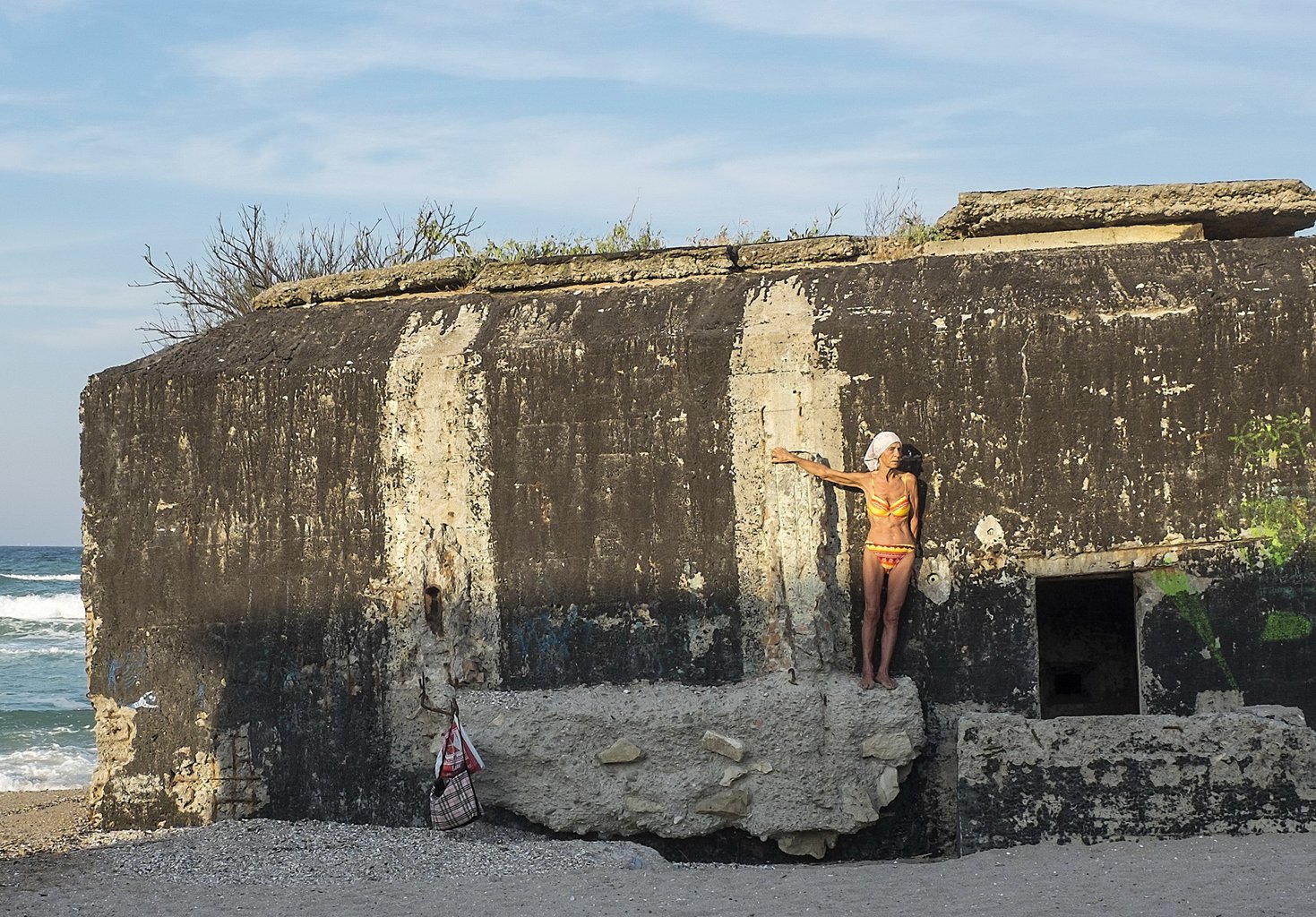 Eforie Nord, Romania: A woman climbs on a World War II bunker to absorb the last rays of the setting sun 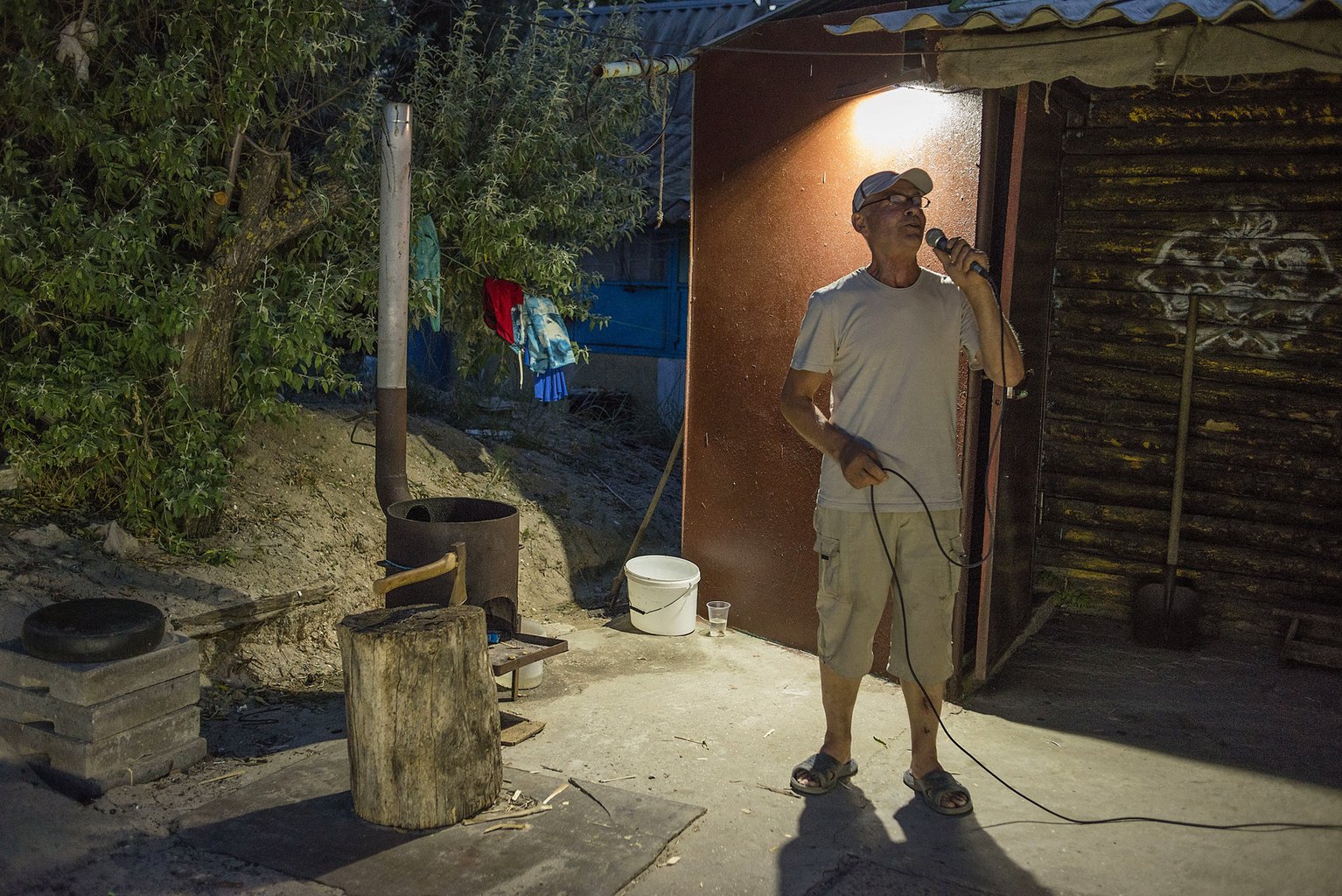 Zatoka, Ukraine: Crooner Vanea sings every night and plays as a DJ in a small beach cafe 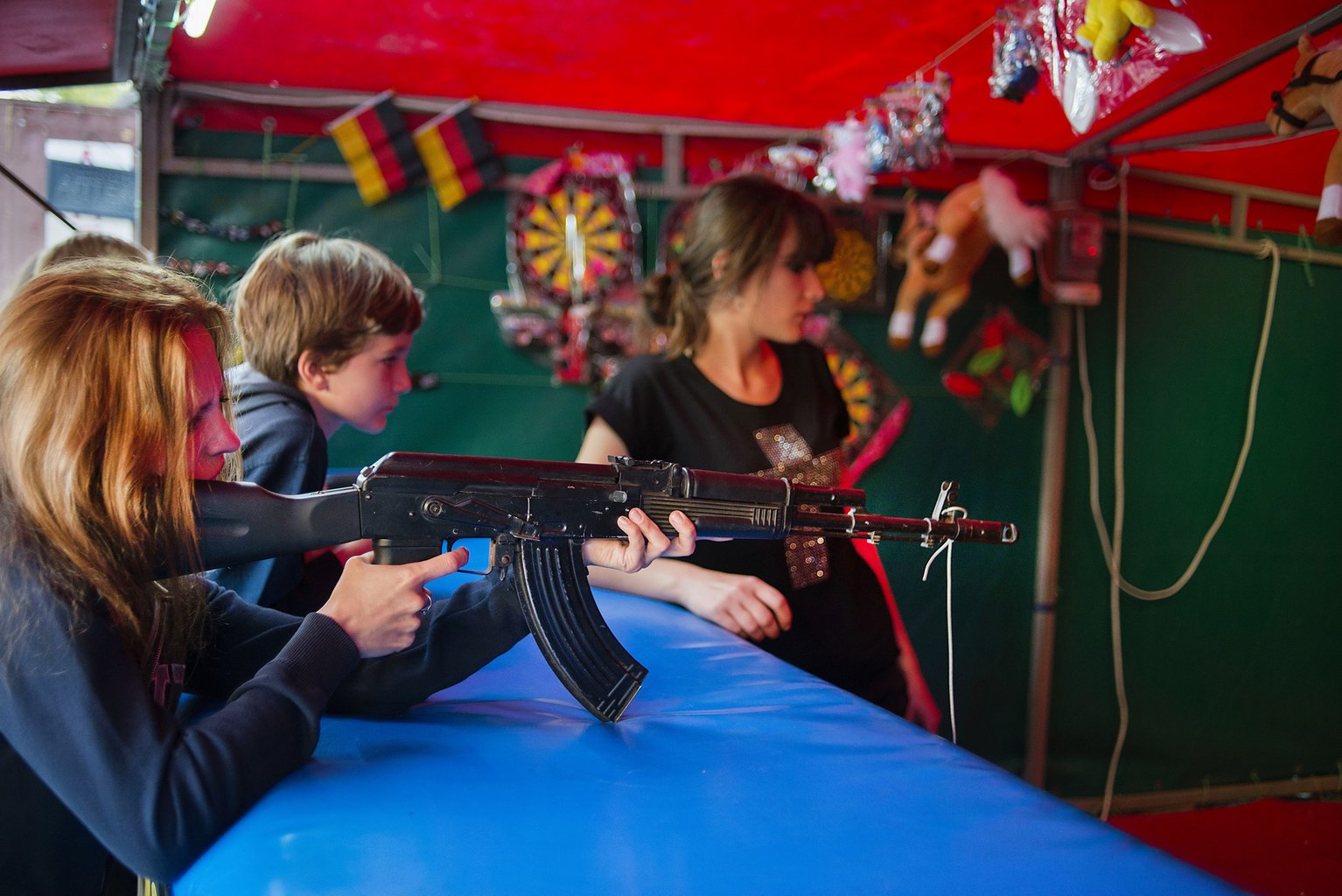 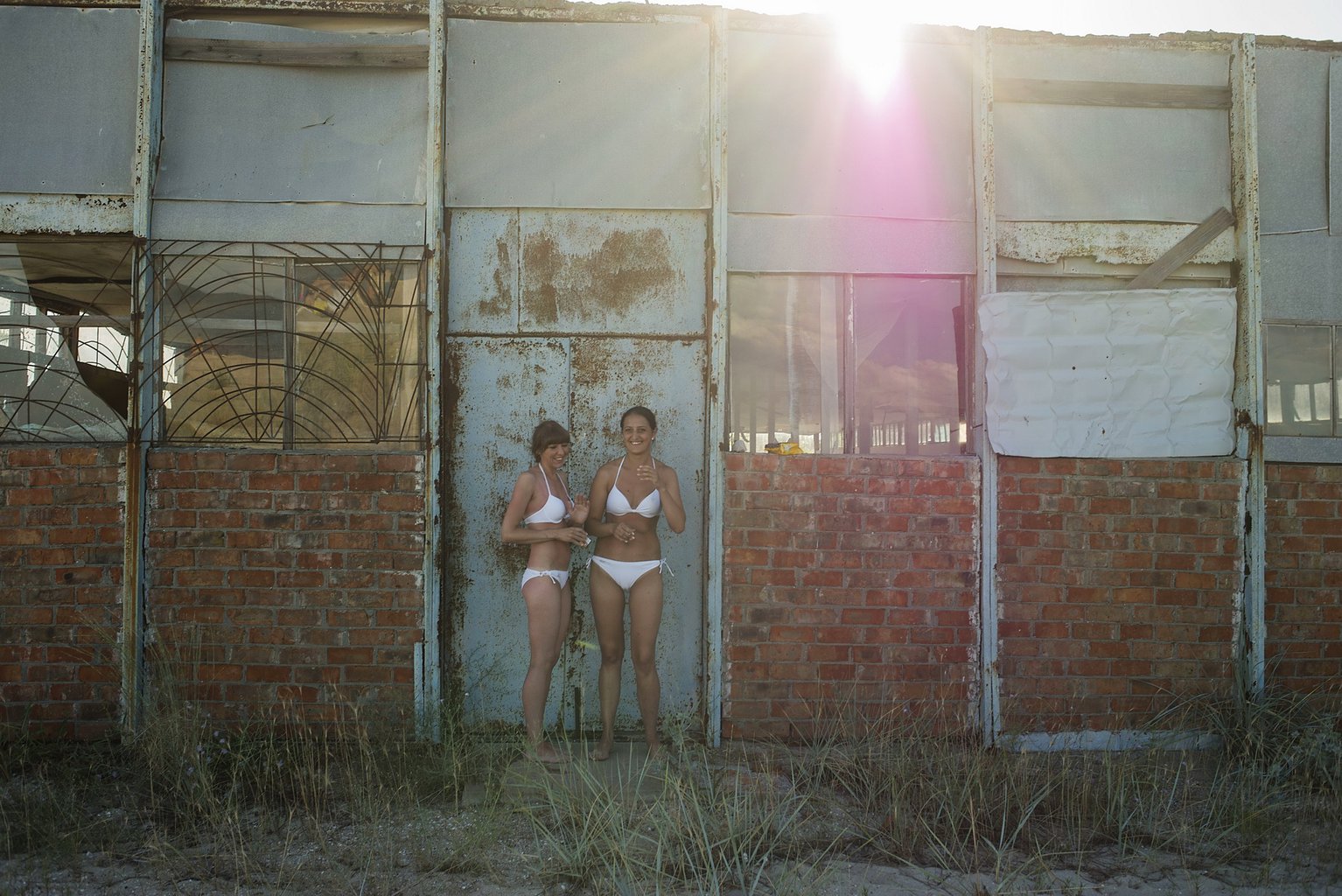 Zatoka, Ukraine: Two girls enjoy a cigarette in the shade near an old restaurant close to the beach 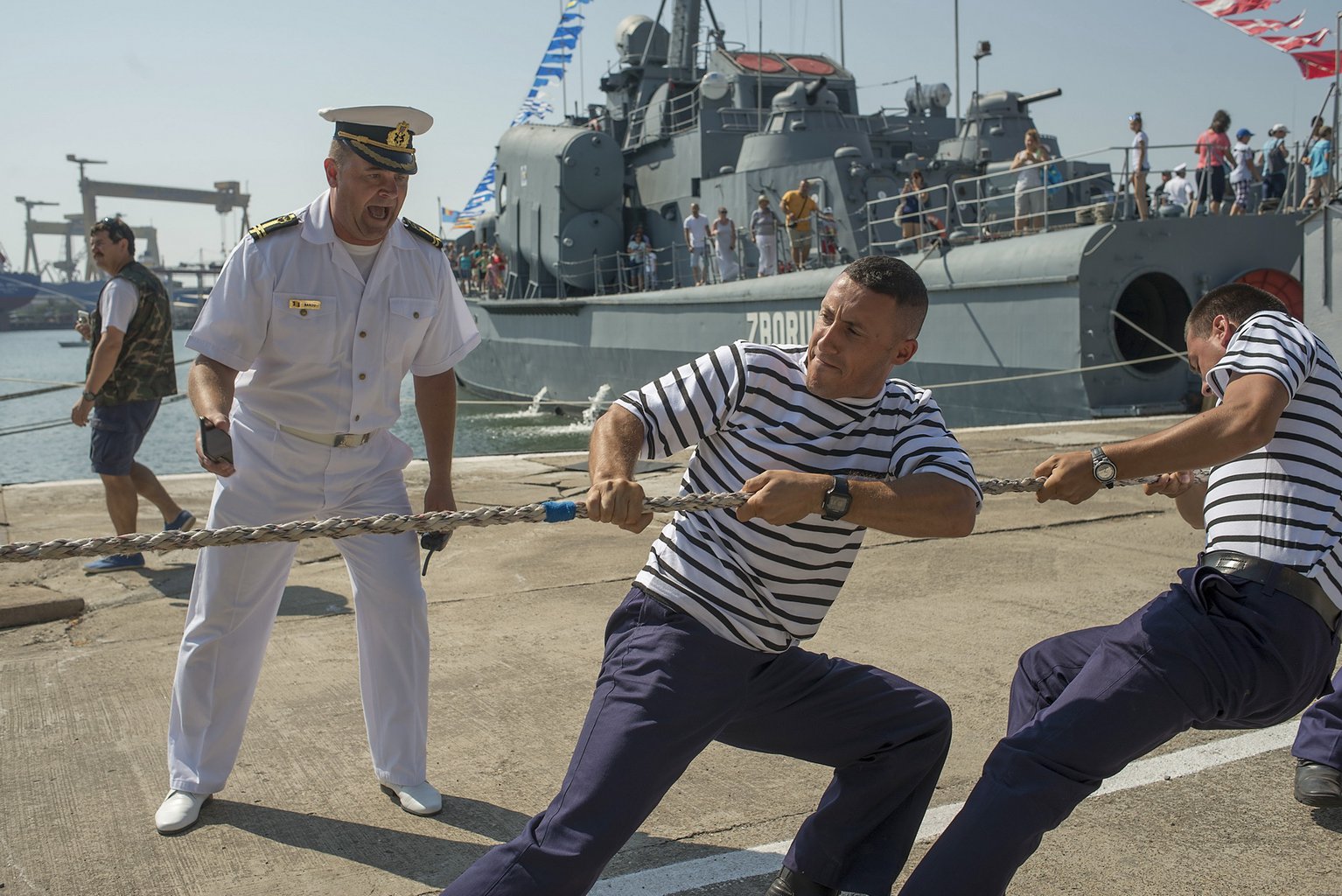 Mangalia, Romania: Sailors play tug-of-war during the Open Day of the Military Harbour, when the port is on public display 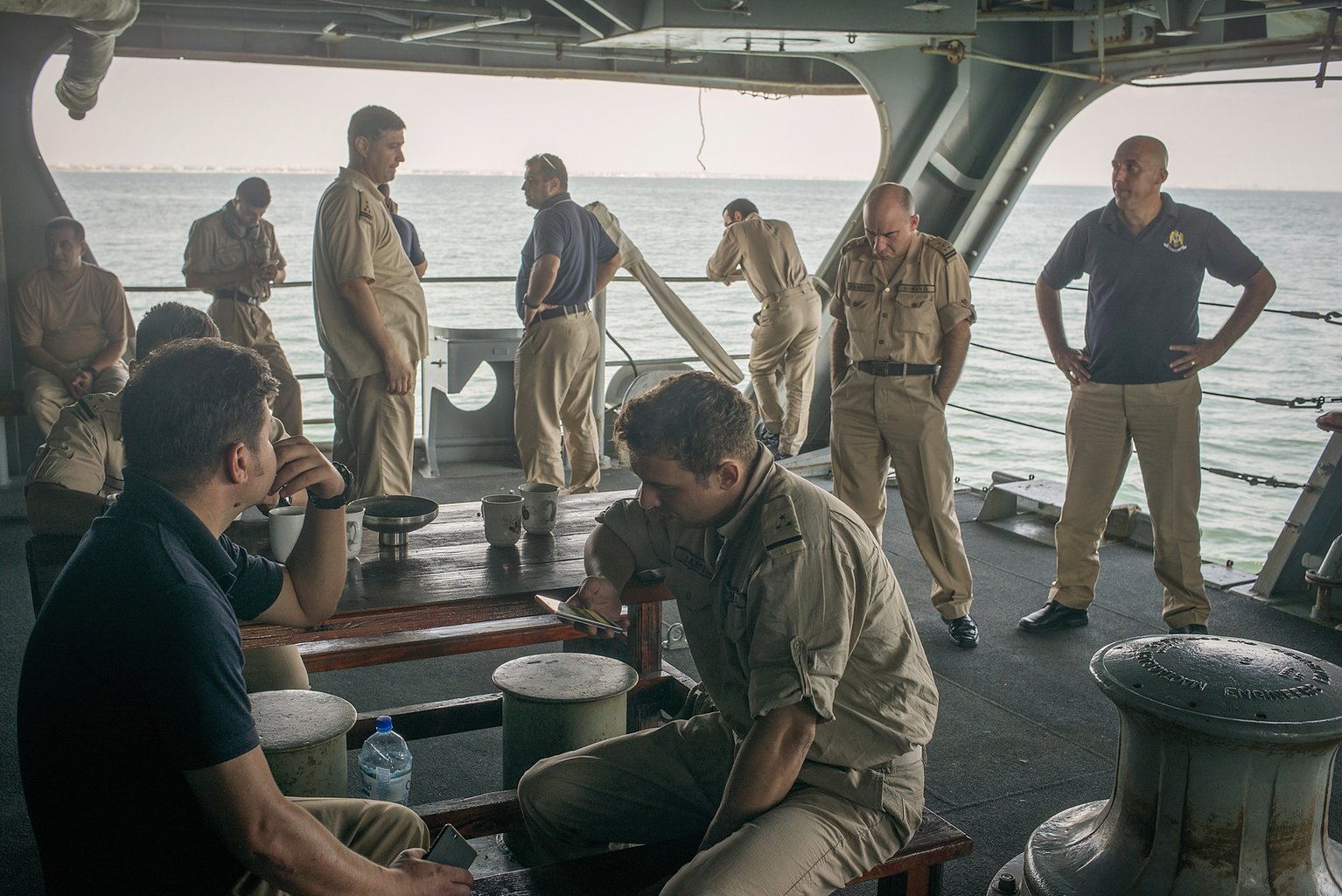 Constanta, Romania: The crew of the Romanian Navy Flagship the Regina Maria relax after completing rehearsals for Navy Day 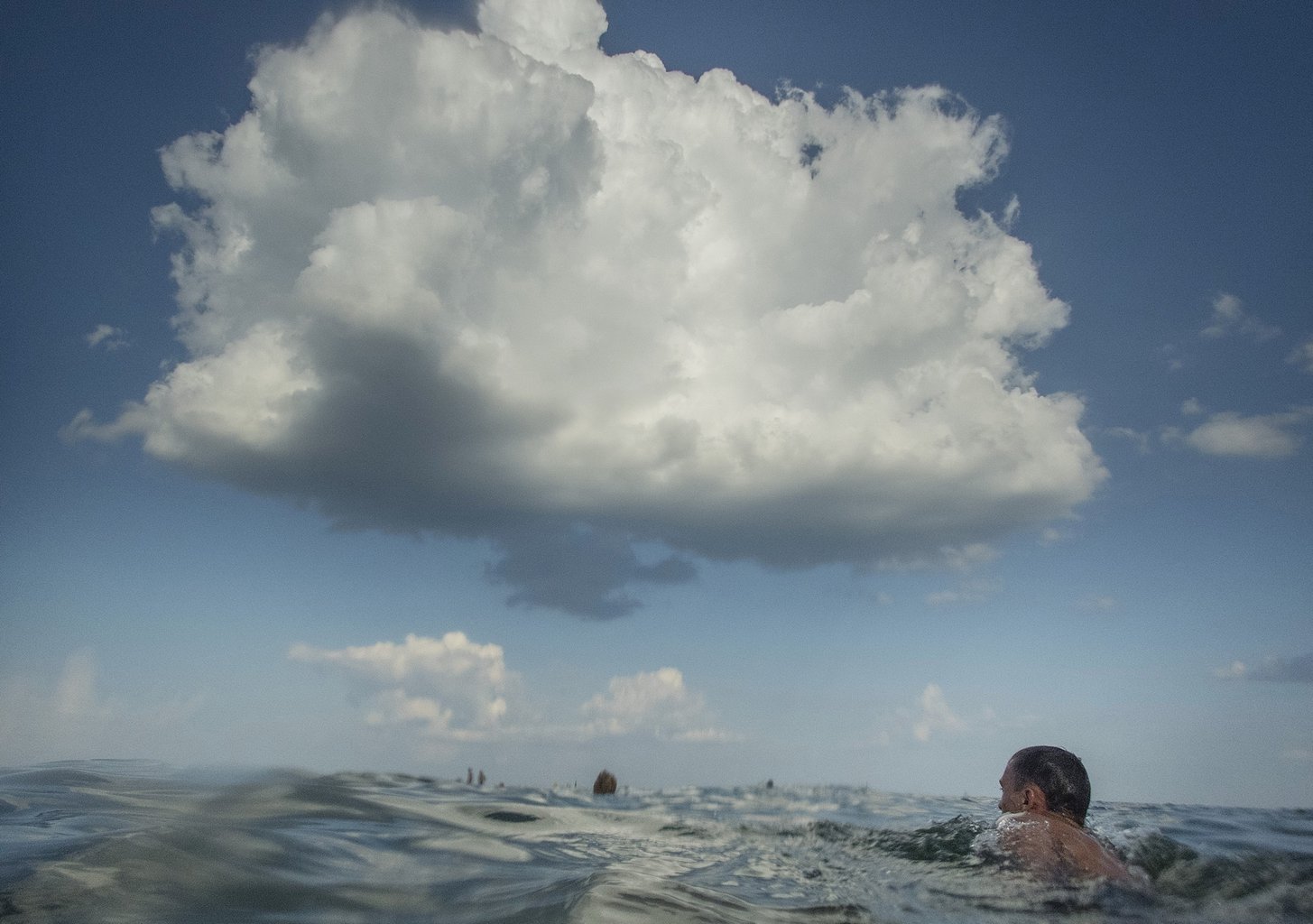 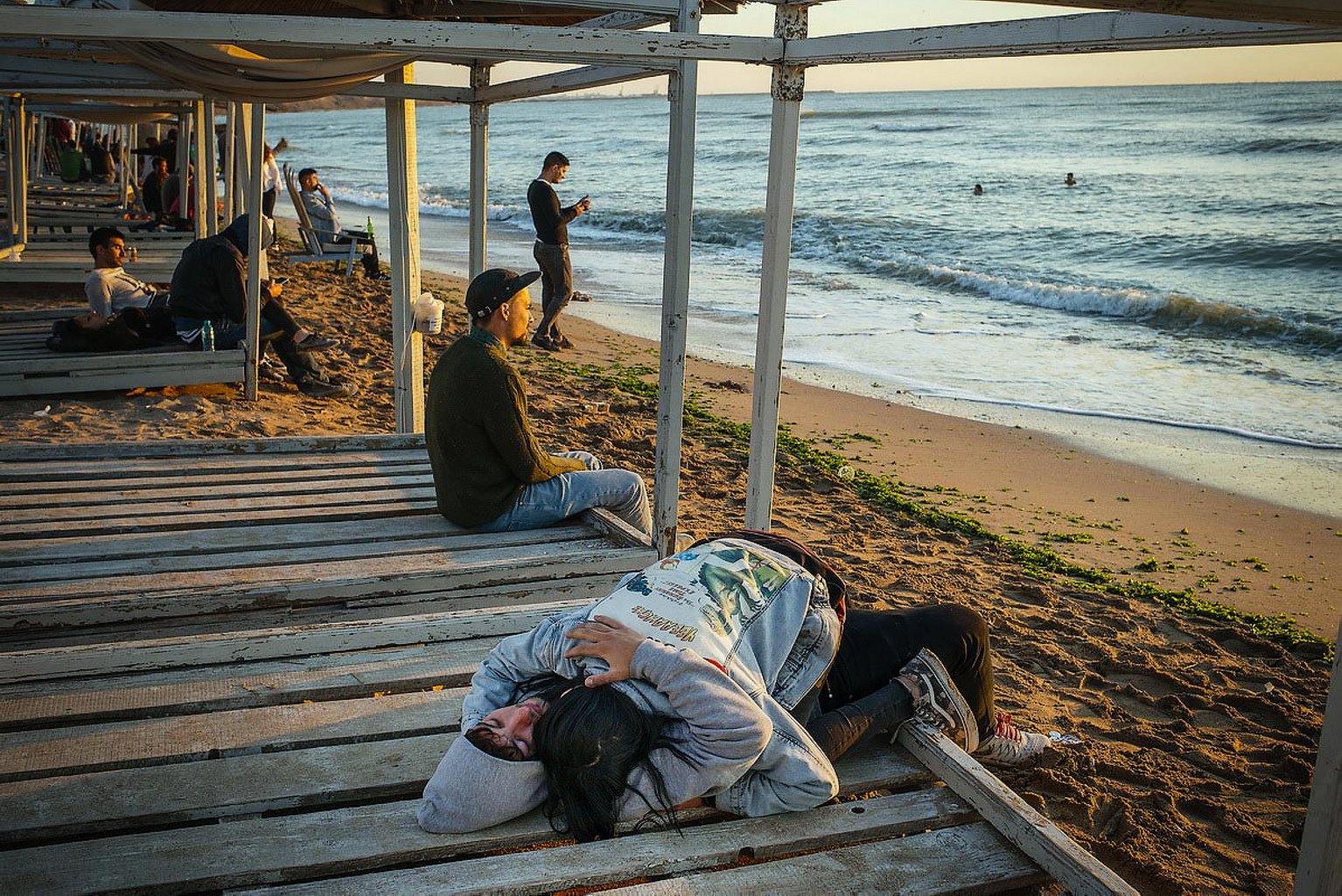 Vama Veche, Romania: All-night party-goers line along the shore to watch the sunrise at Romania’s counterculture resort of Vama Veche, close to the Bulgarian border 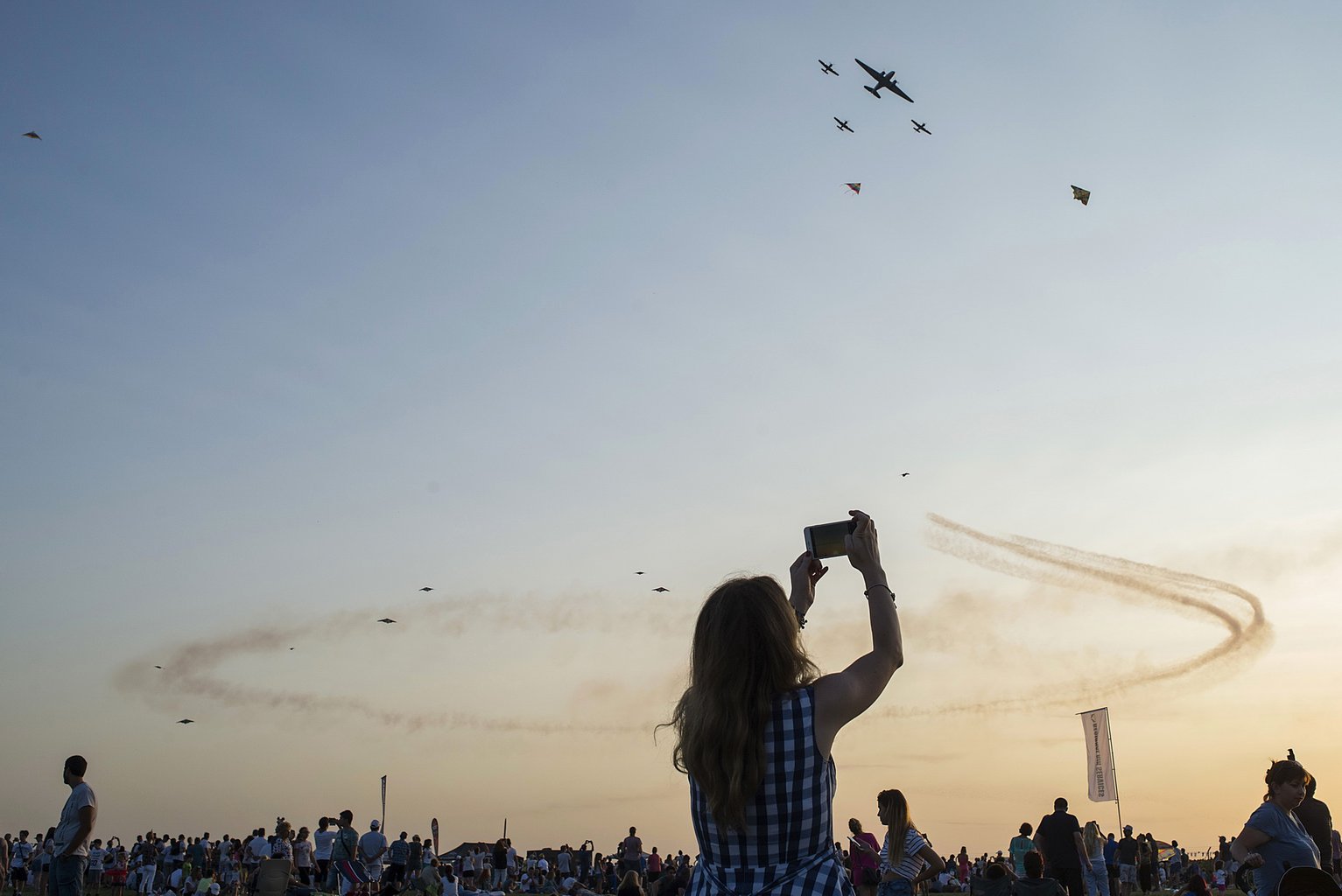 Tuzla, Romania: A girl photographs an airforce war scenario playing out in the sky, while the public applauds