Gypsy Kings for a Day 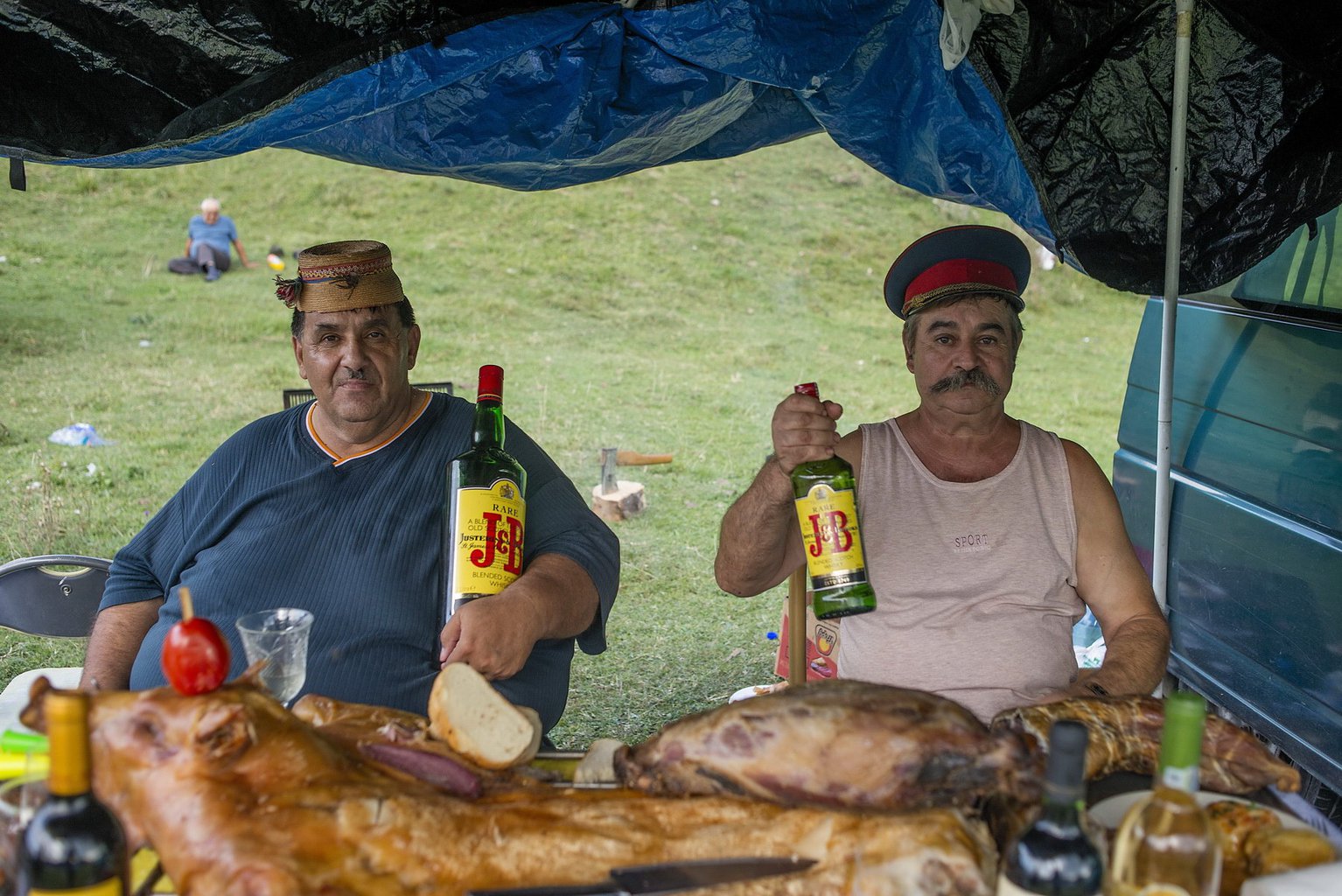 In Romania, thousands of Roma gather on 8 September to celebrate the birthday of St Mary, cut deals and make wedding arrangements for their sons and daughters in the village of Bistrita, 140 km west of Bucharest. A market for second hand goods and a giant picnic in a forest clearing, the gathering attracts locals from the nearby villages, who check out the racks and mountains of used clothes and Chinese merchandise that start at 20 Eurocents an item. The Roma party, drink, eat fresh-baked pig and exhibit their wealth. Massive quantities of food and drinks are on display, but are barely consumed. In the Roma culture, showing off possessions is an important demonstration of a high status.

The Roma - also known as ‘Gypsy’ - is Romania’s largest minority, accounting for around ten per cent of the population, or two million people, so this gathering is only a small representation of the full cultural kaleidoscope of a very diverse community.

Held annually since the fall of Communism, today the fair is losing its intensity. Some Roma participants remember fondly the year of 2009, when then-President Traian Basescu and his wife Maria came in person to share a barbecue and a few drinks, before taking part in a dance. When I ask one clothes vendor how this year’s festival-goers are different from those before, he answers: “You won’t see too many real rich gypsies around here today, because they’re all in jail.”

I also talk to a local Roma leader - known as a Bulibasha - who pours himself a glass of J&B whisky, while a whole pig lies cooked in front of him. “We’ve been buried in Chinese merchandise,” he says, “that’s why the festival is not what it used to be.” 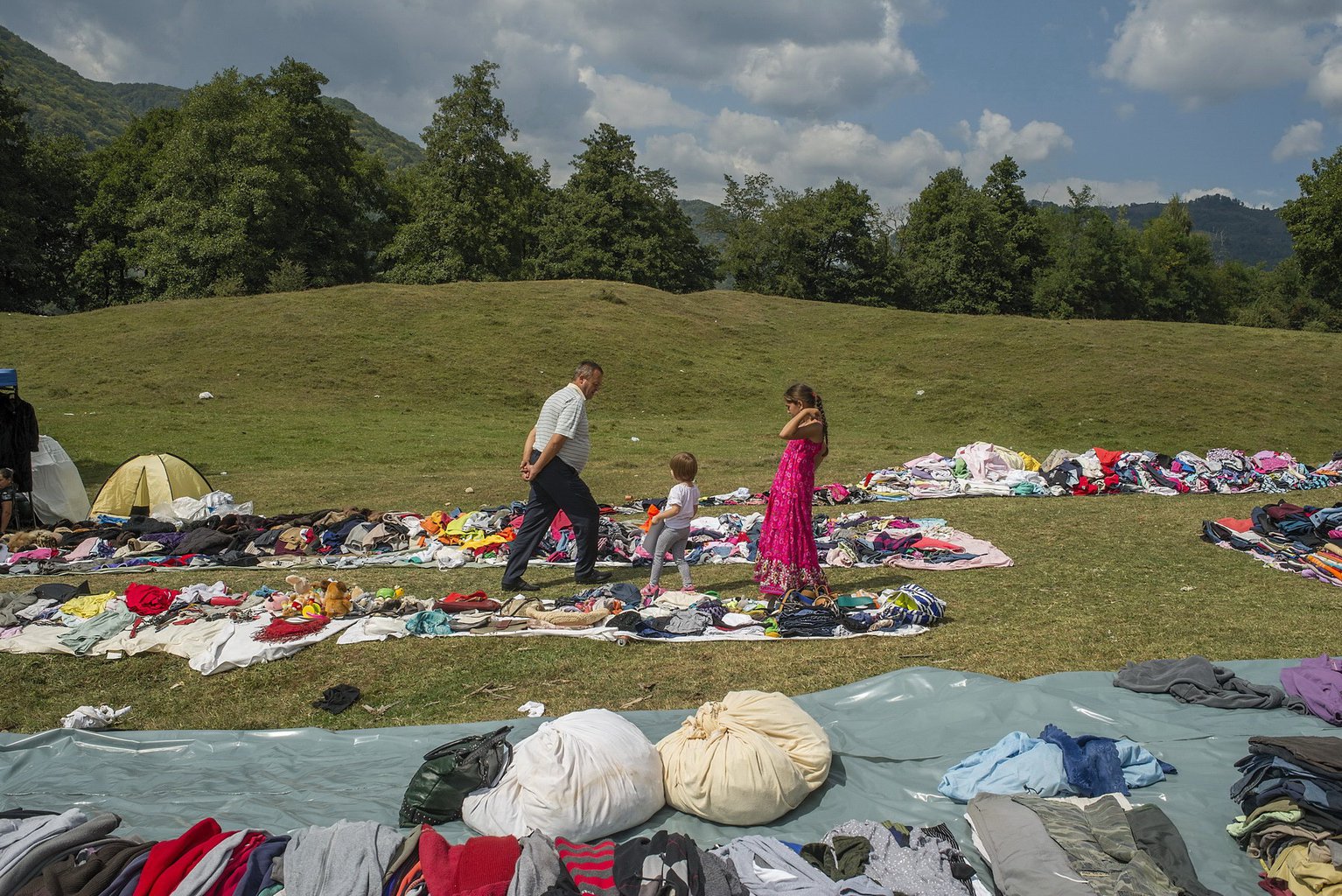 Second hand clothes for sale from Western Europe - all are extremely cheap, and everything costs under five Euro (in Bistrita, part of the Costeti community in Valcea County, Romania) 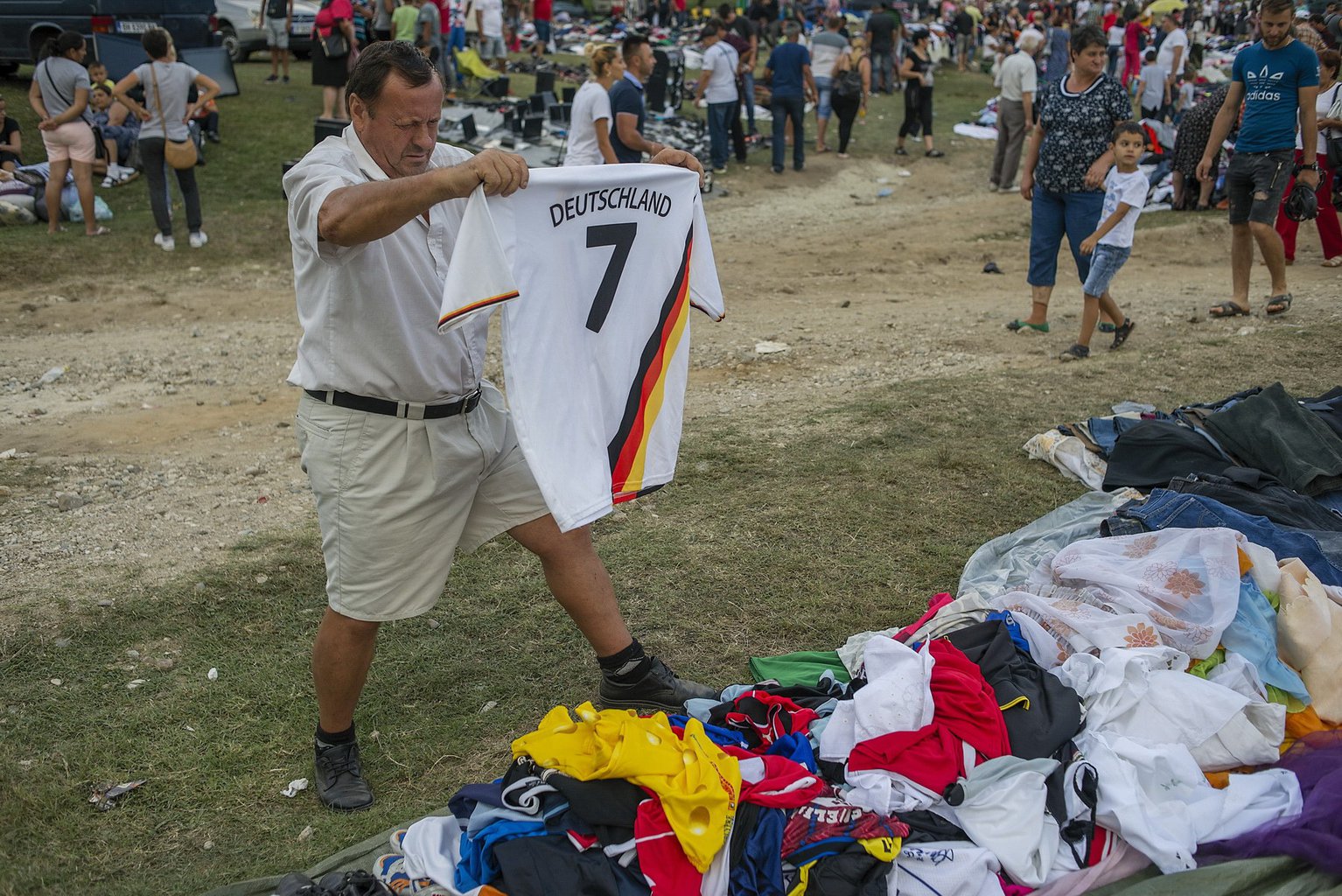 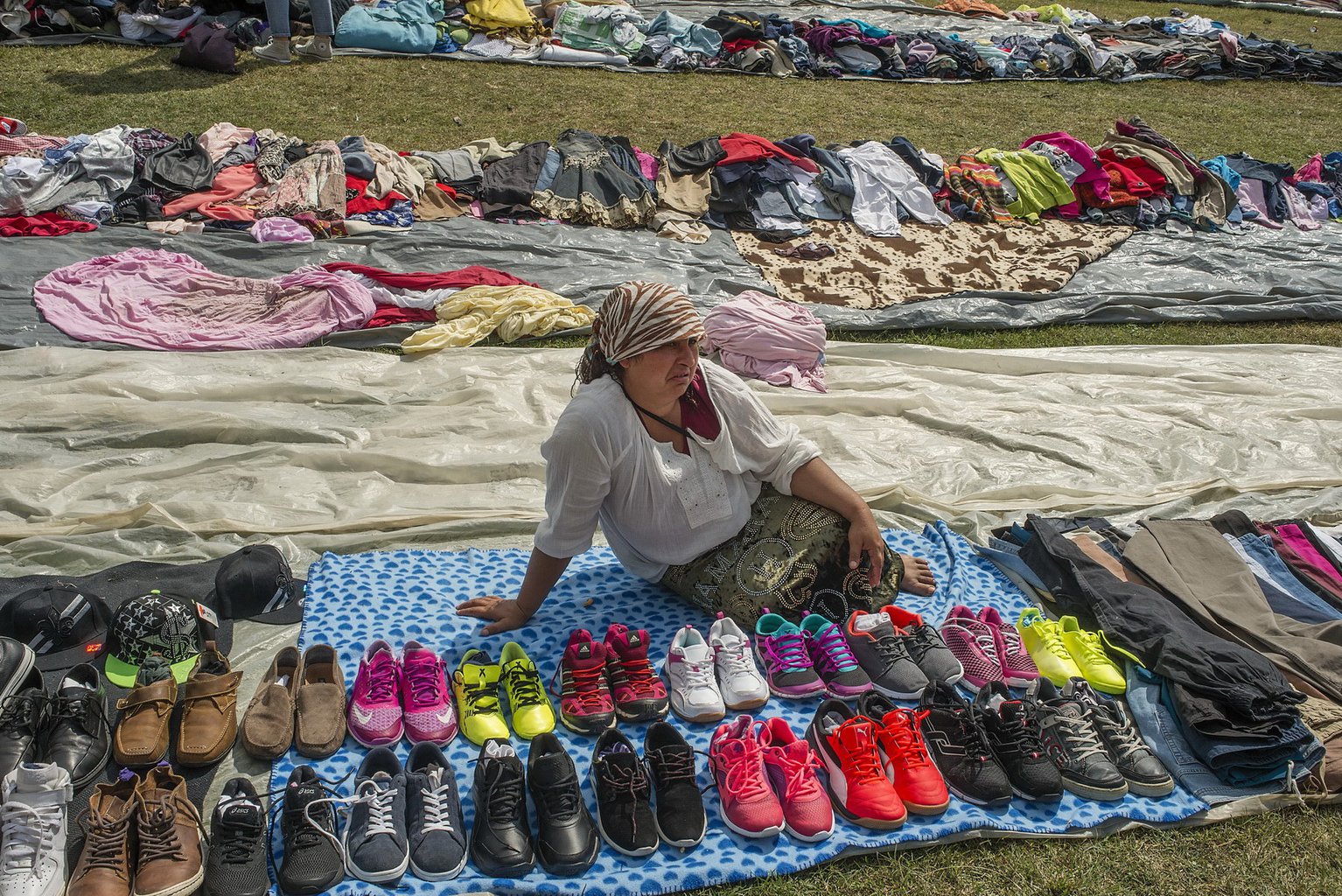 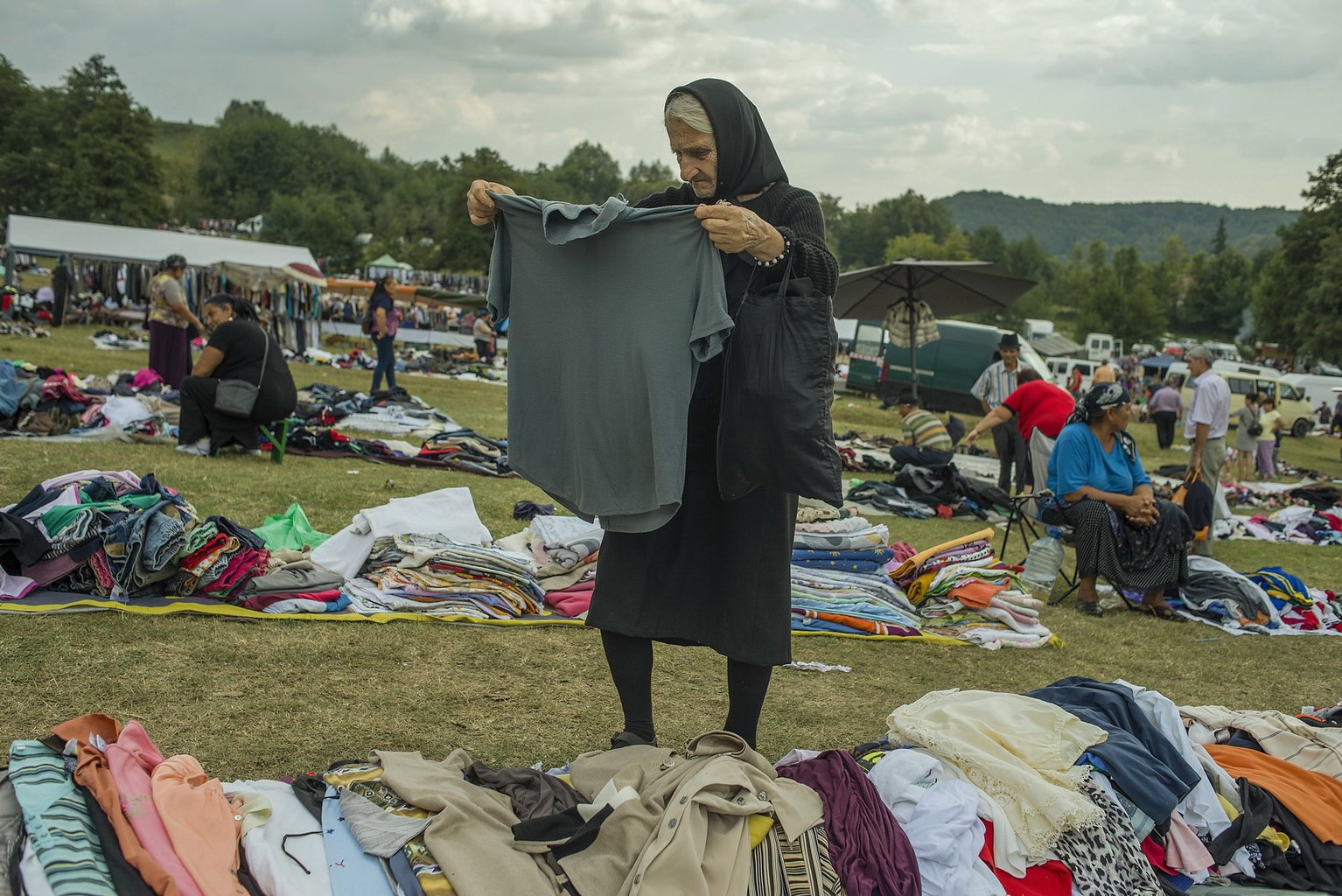 A local woman from Bistrita tries on second hand clothes 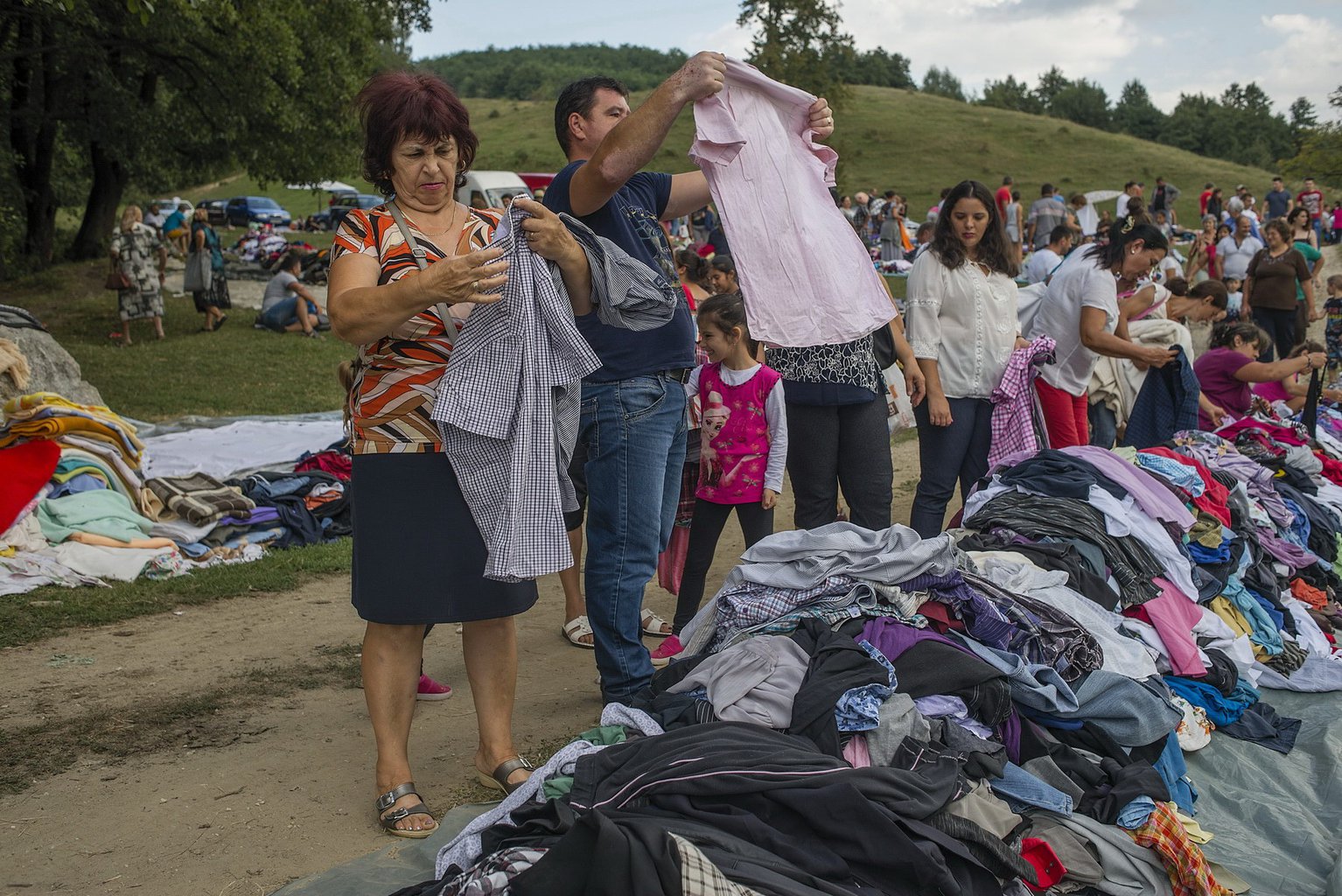 Buyers checking out the wares 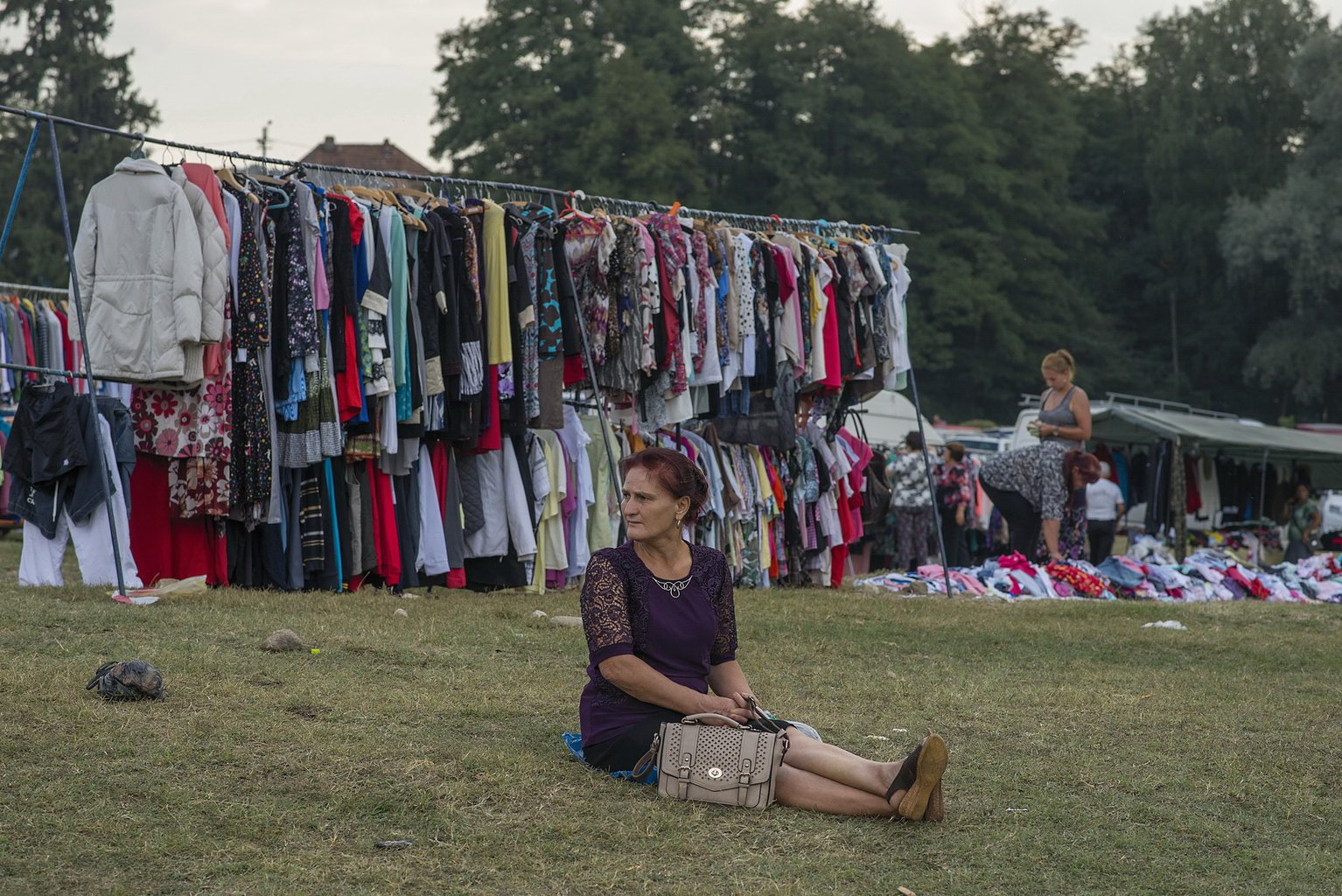 Taking a break from the sales 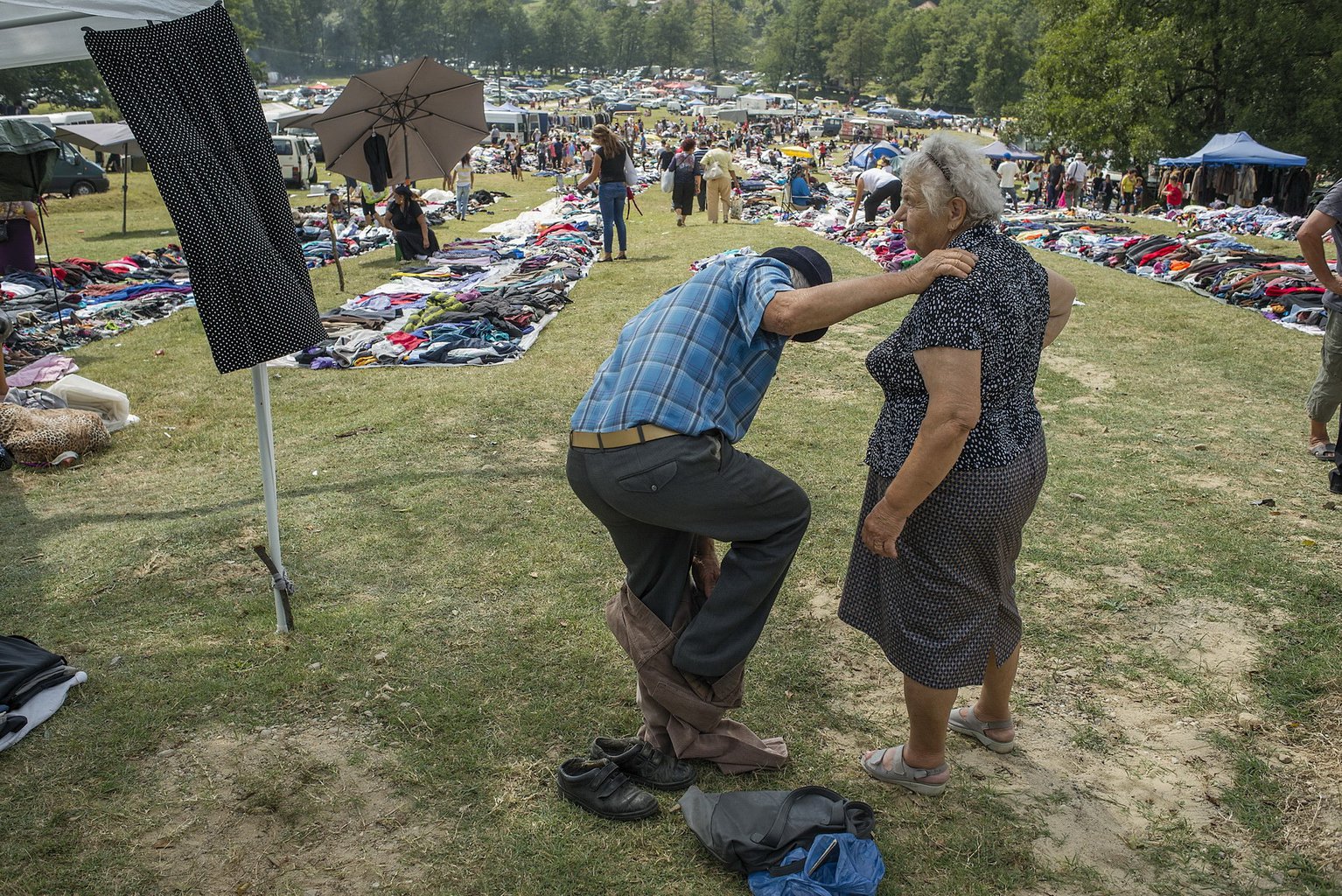 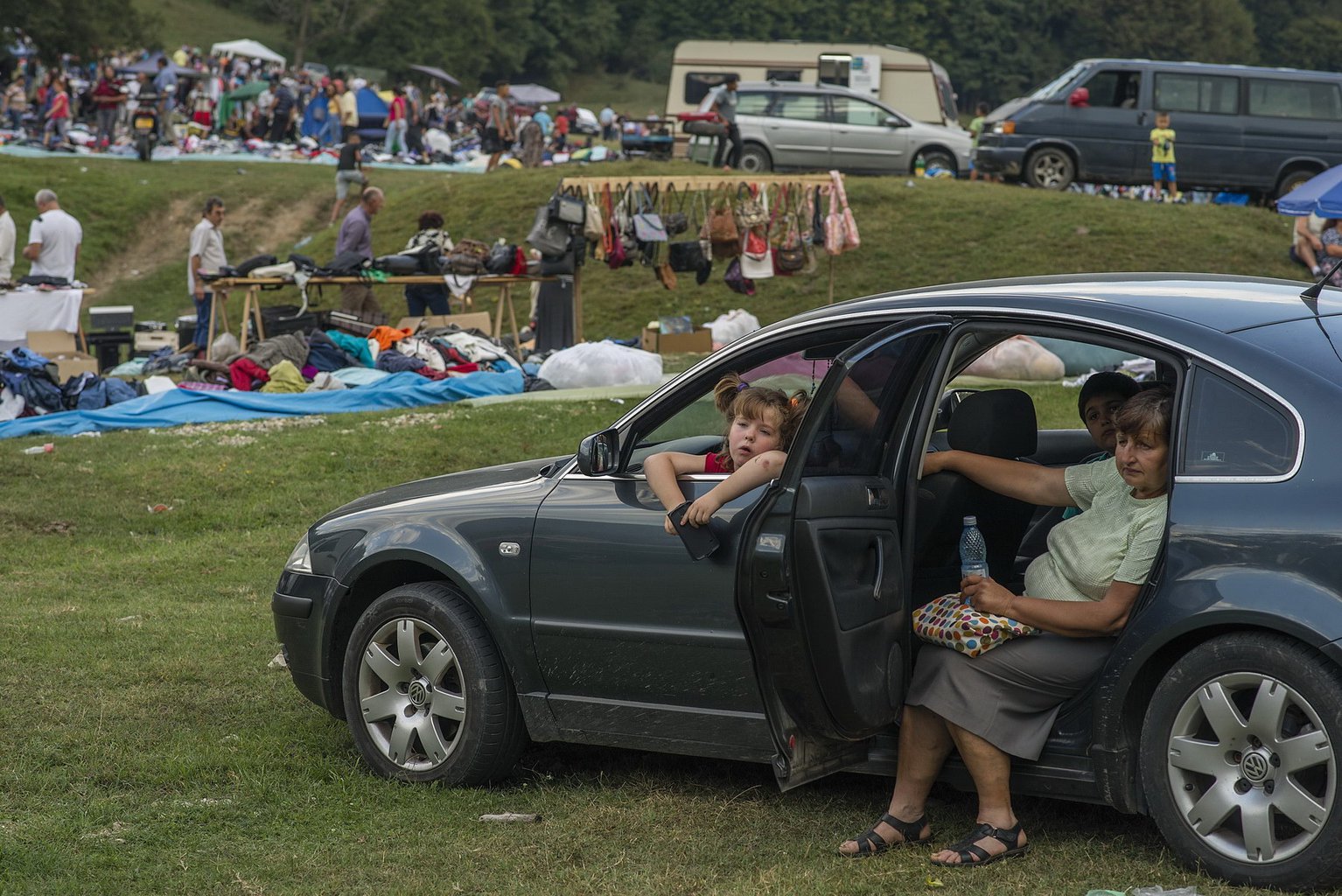 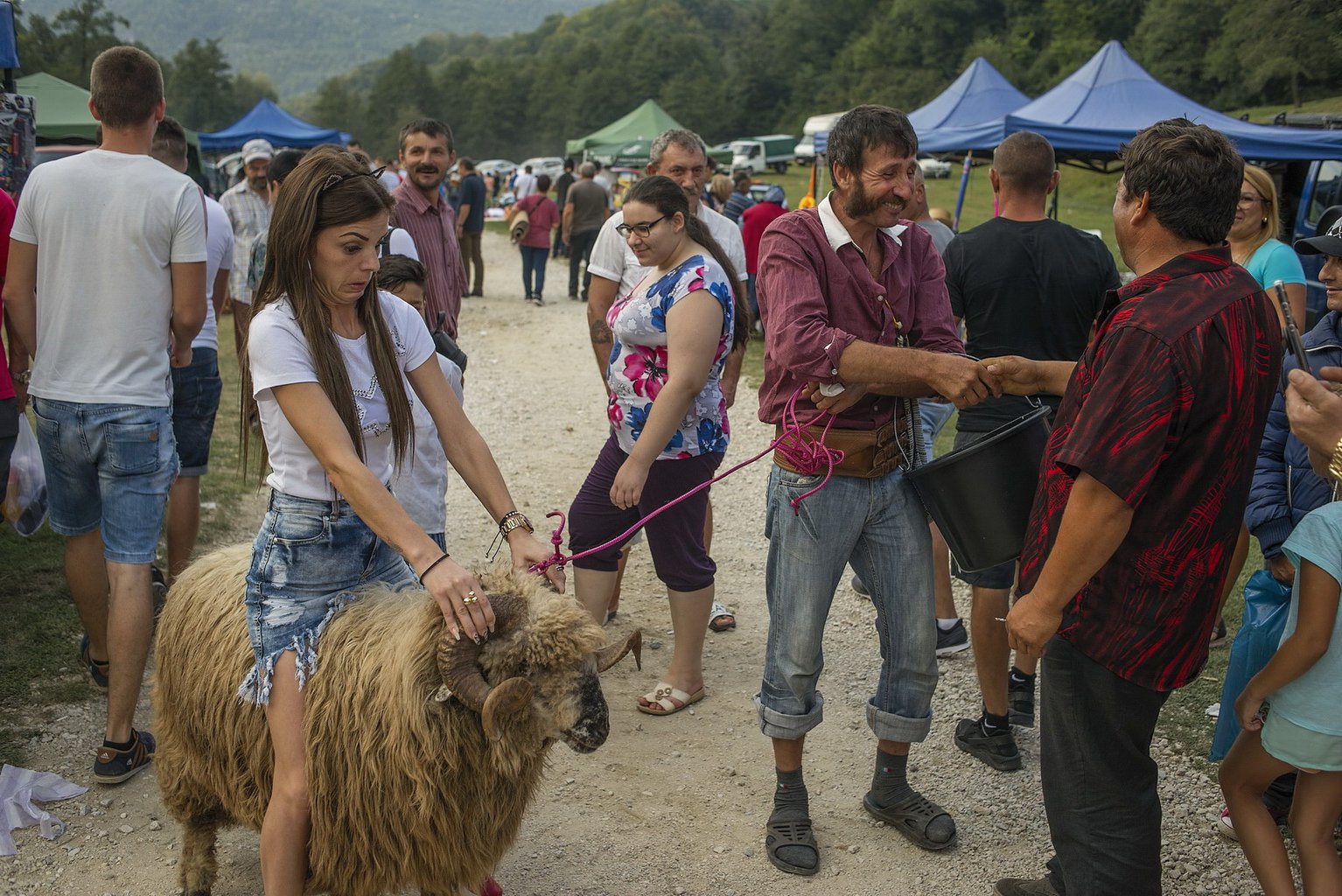 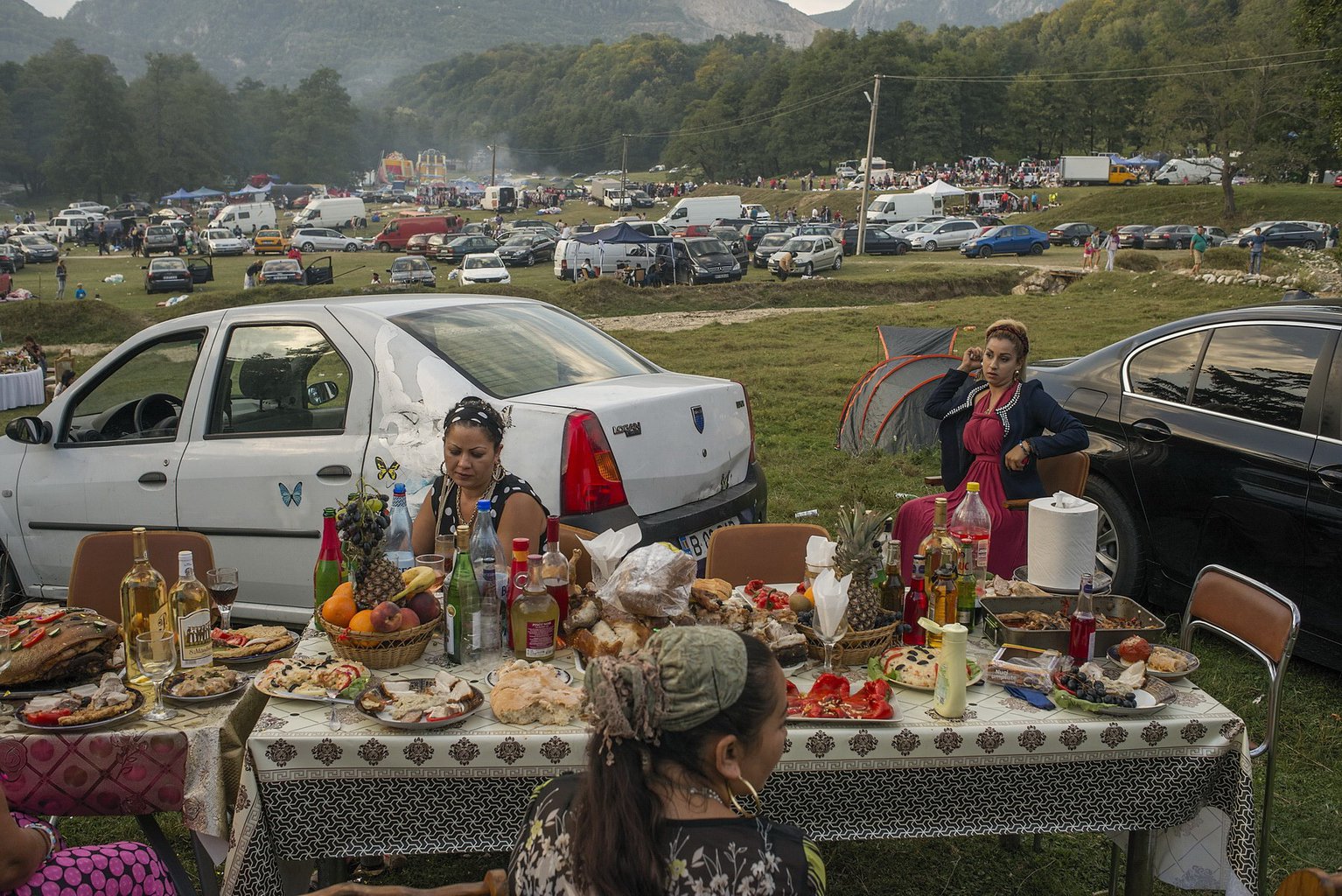 The festival grounds - a party and a market. The food often remains untouched, as to prepare and present dishes is a signifier of wealth 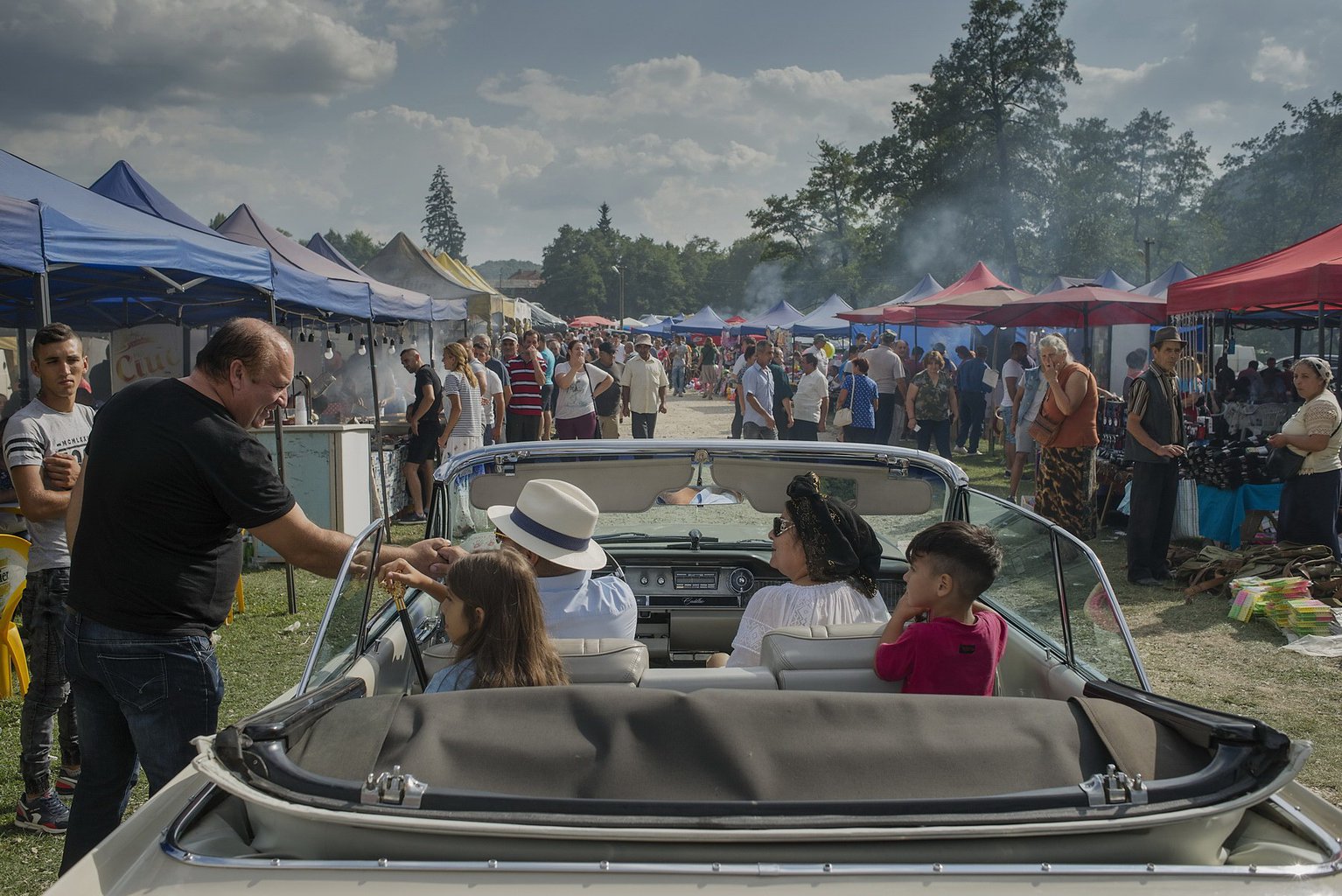 A festival-goer recognizes the driver of a Cadillac convertible 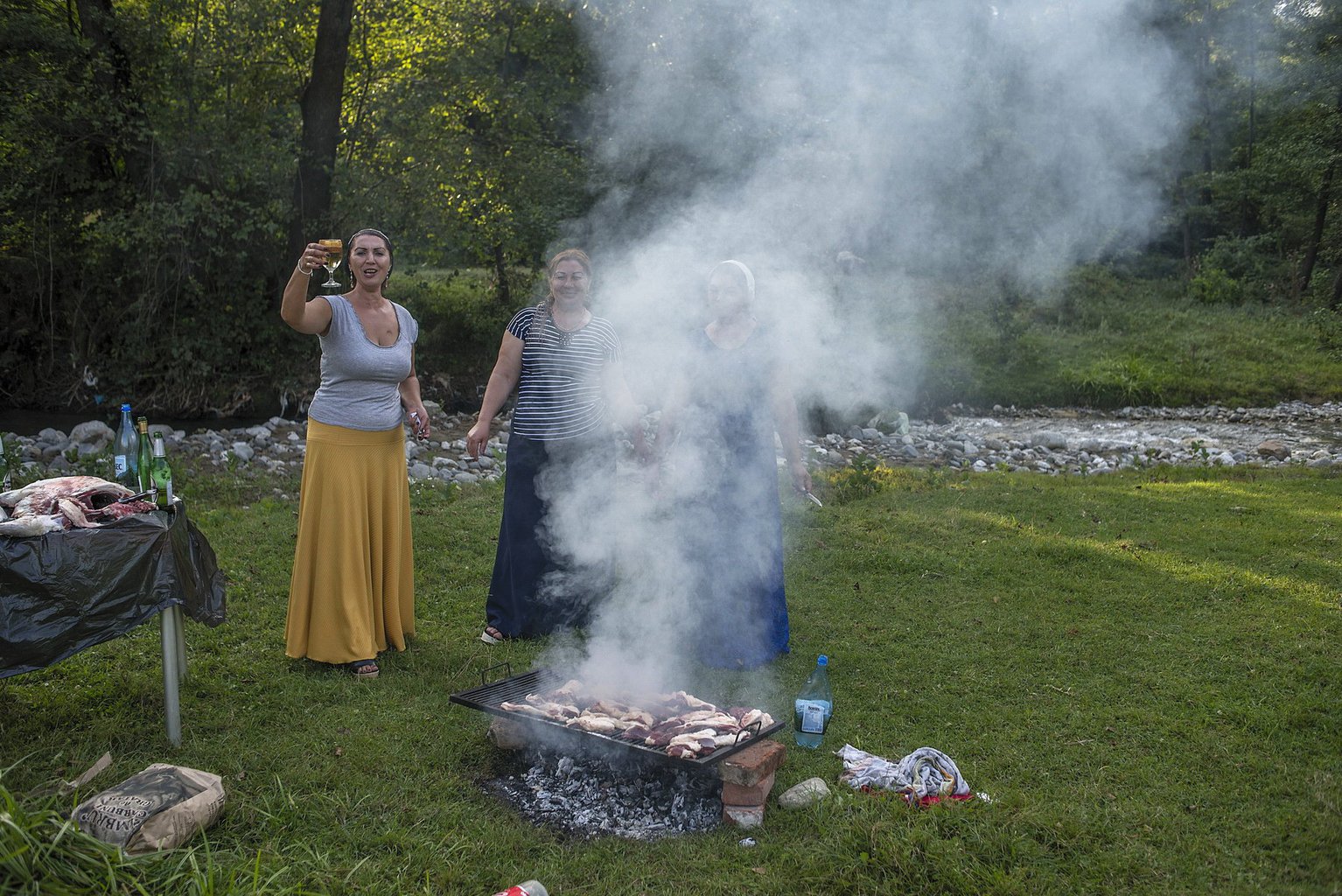 Roma woman at the barbecue salute the photographer. In much of Roma culture, roles are strictly defined in the family. The men bring in the money and the women are undertake everything related to the house and kitchen 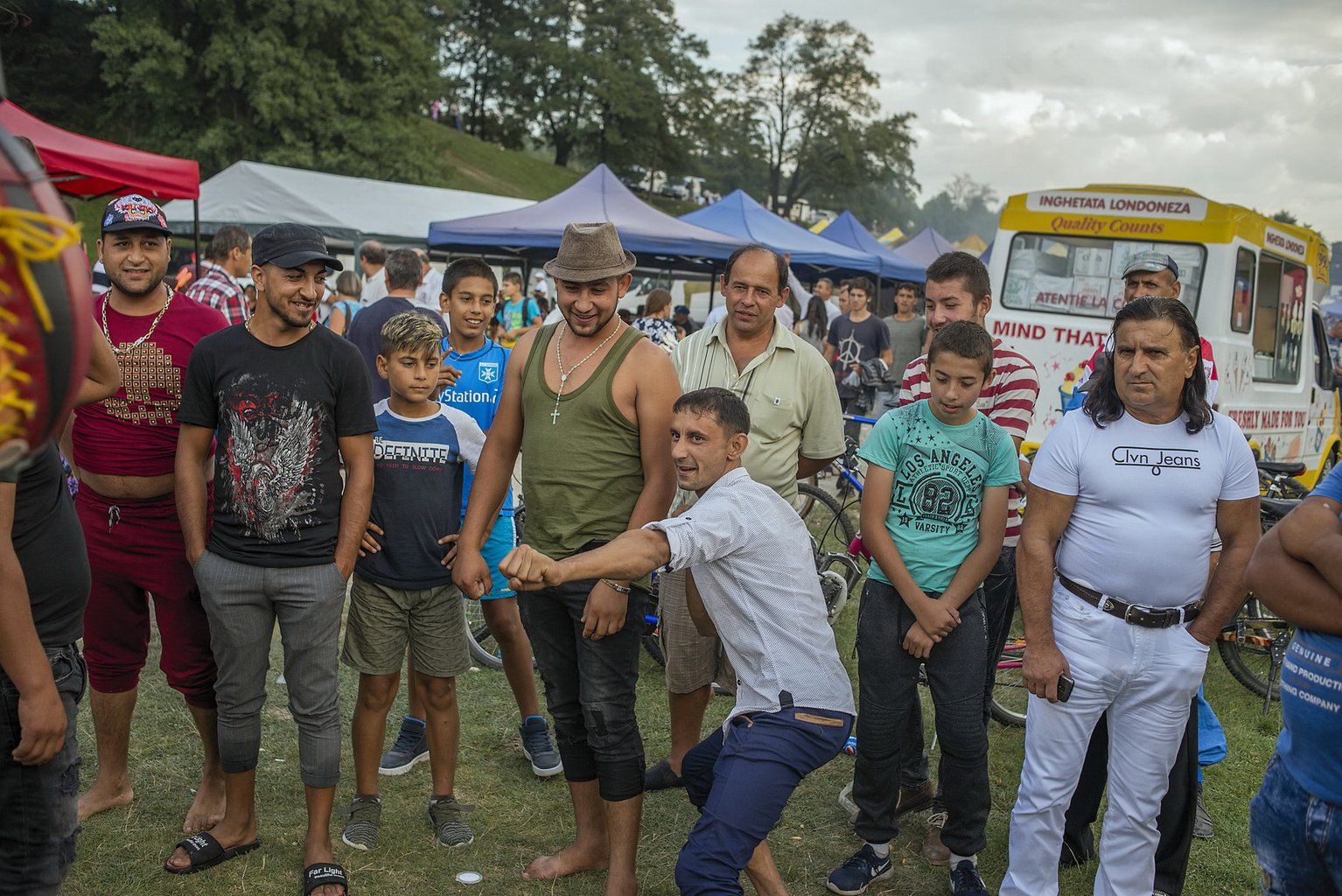 A man prepares to punch a Test-Your-Strength machine 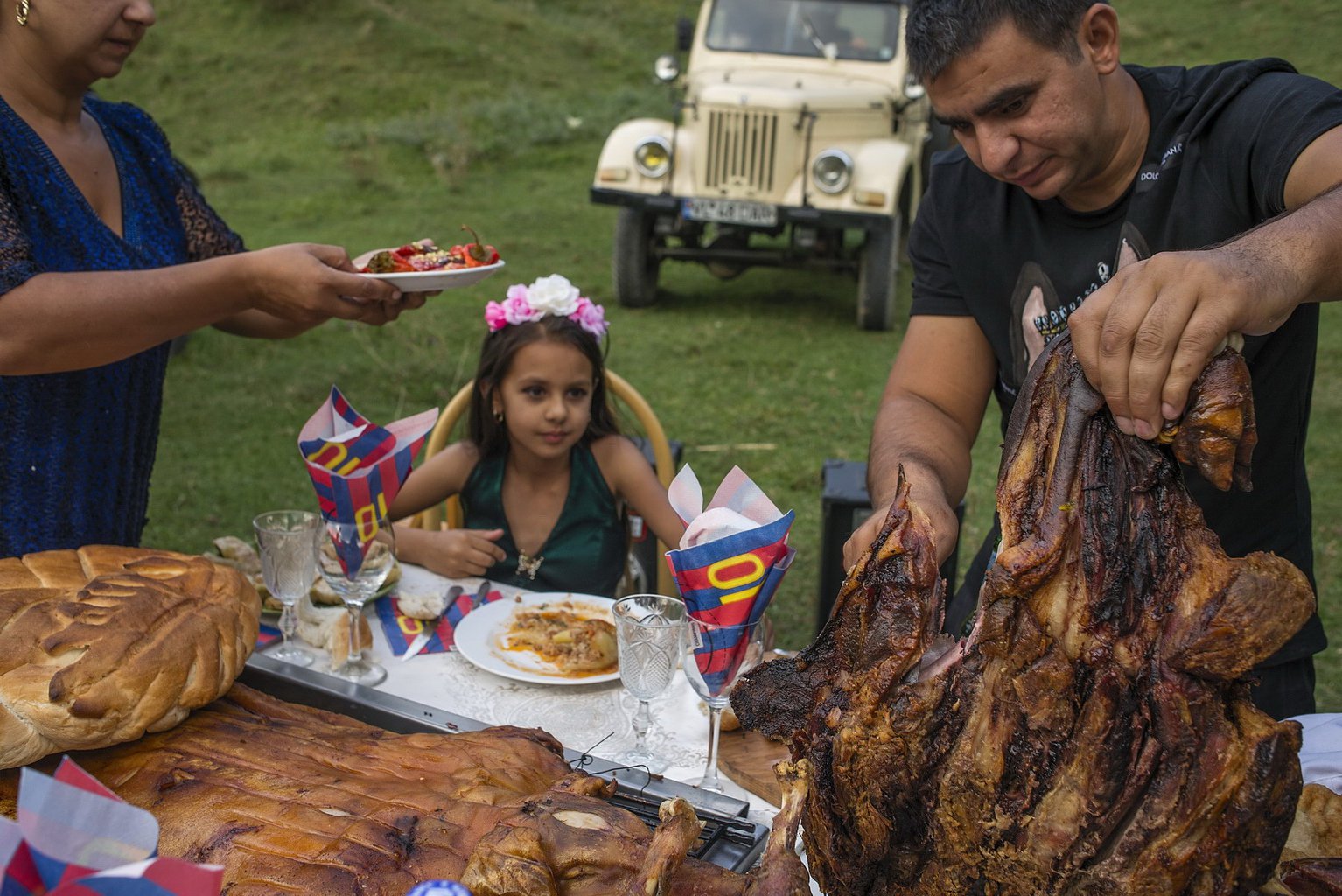 Grilled pig and baked peppers are on the menu 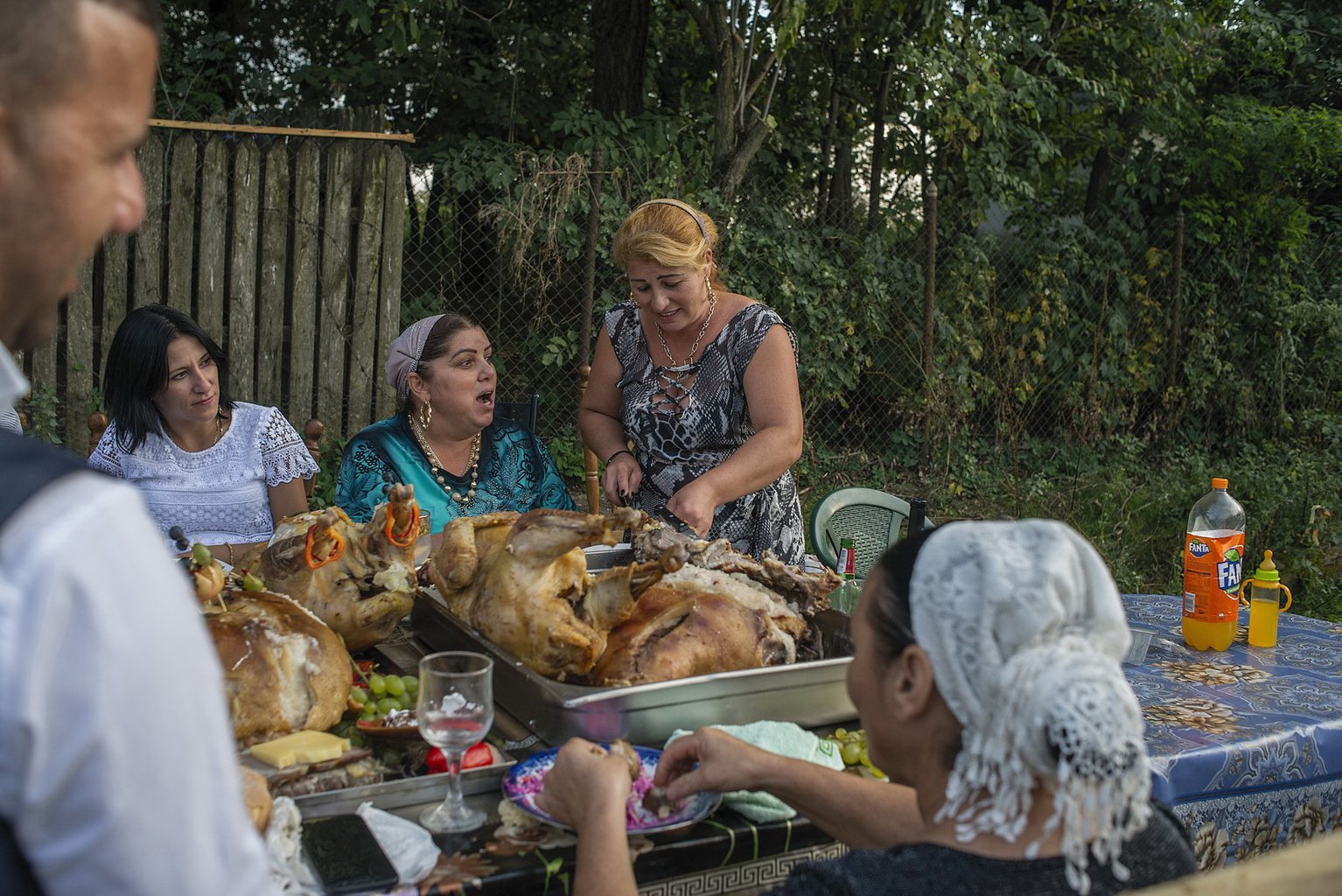 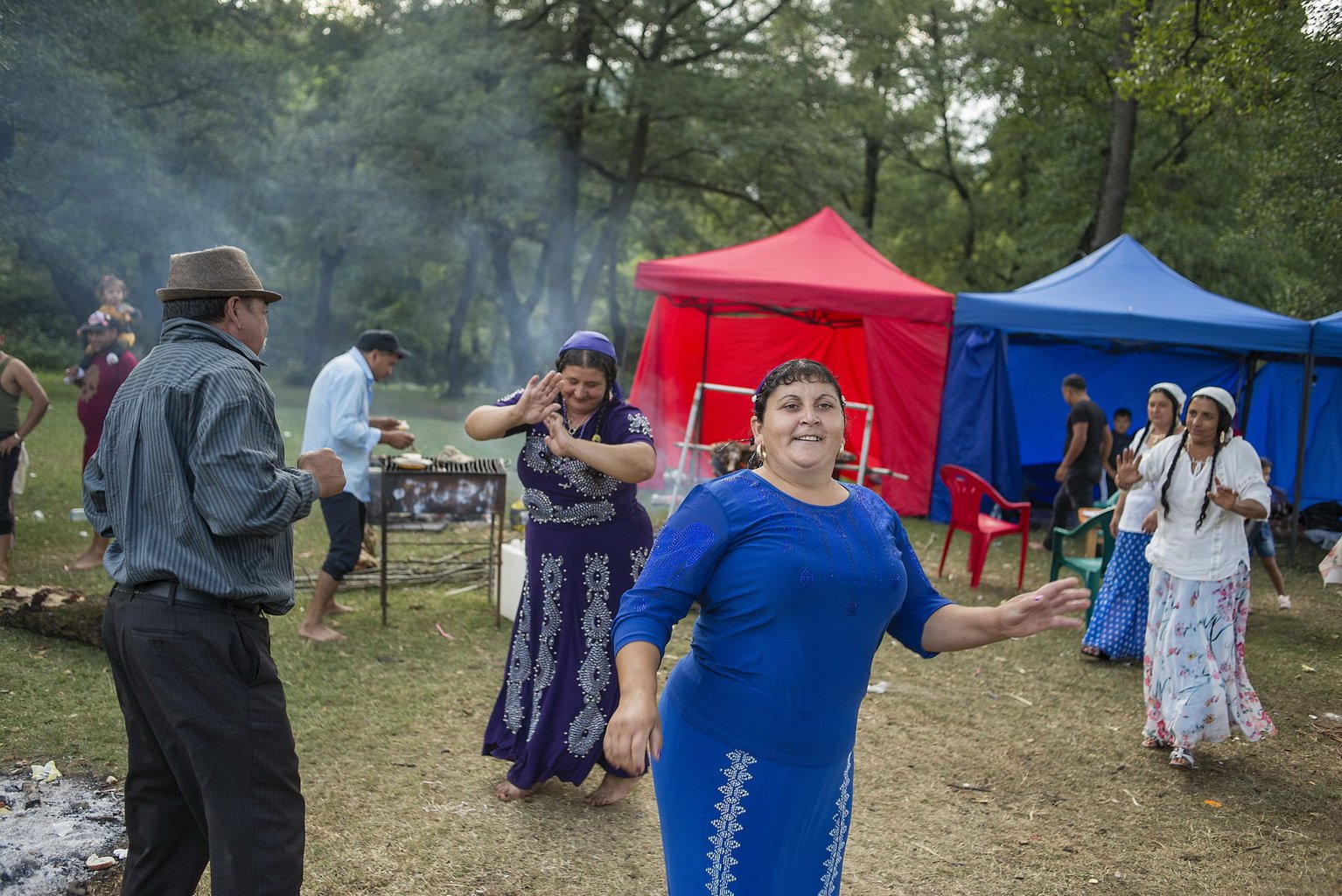 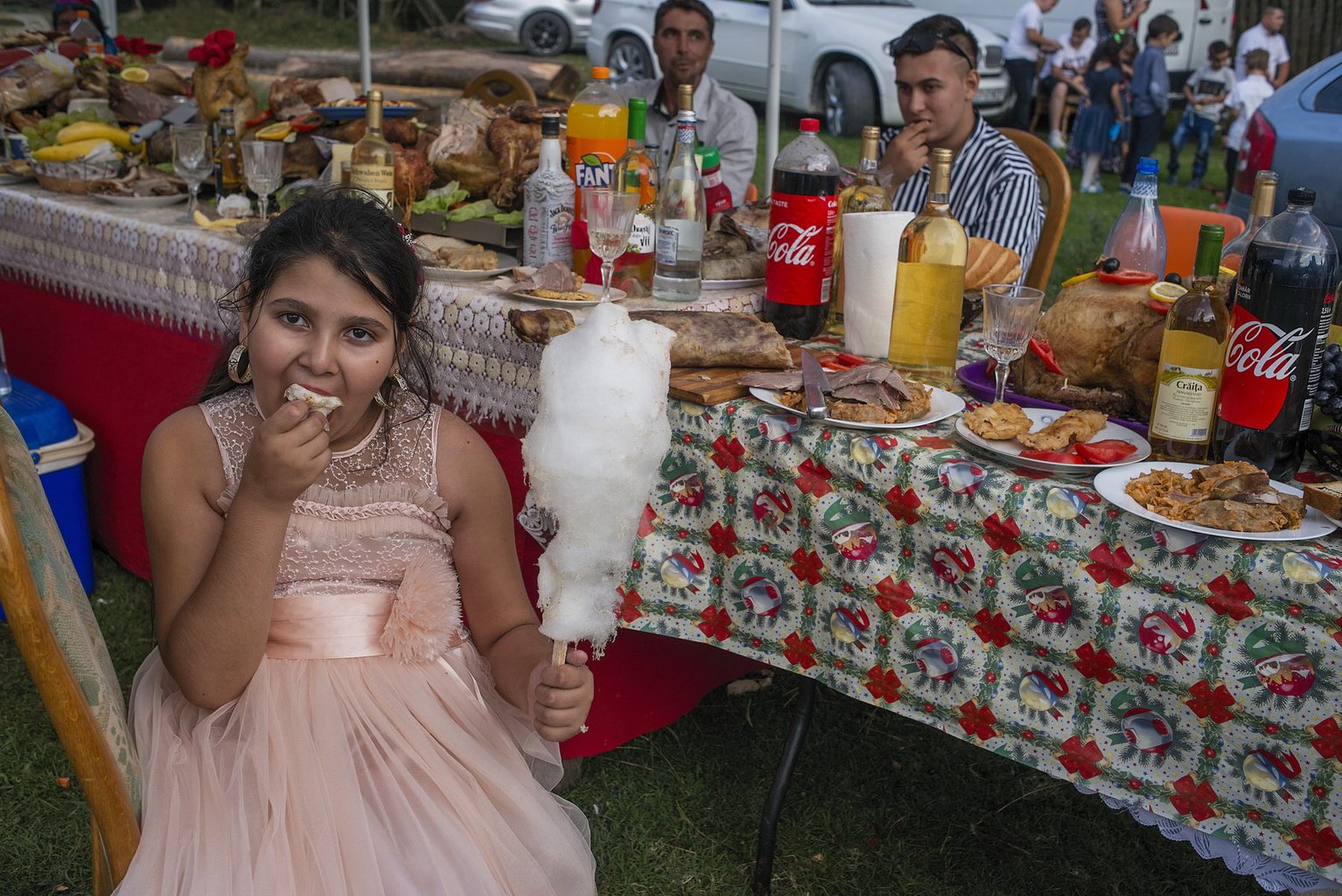 Taking a break from the main course for some candy-floss 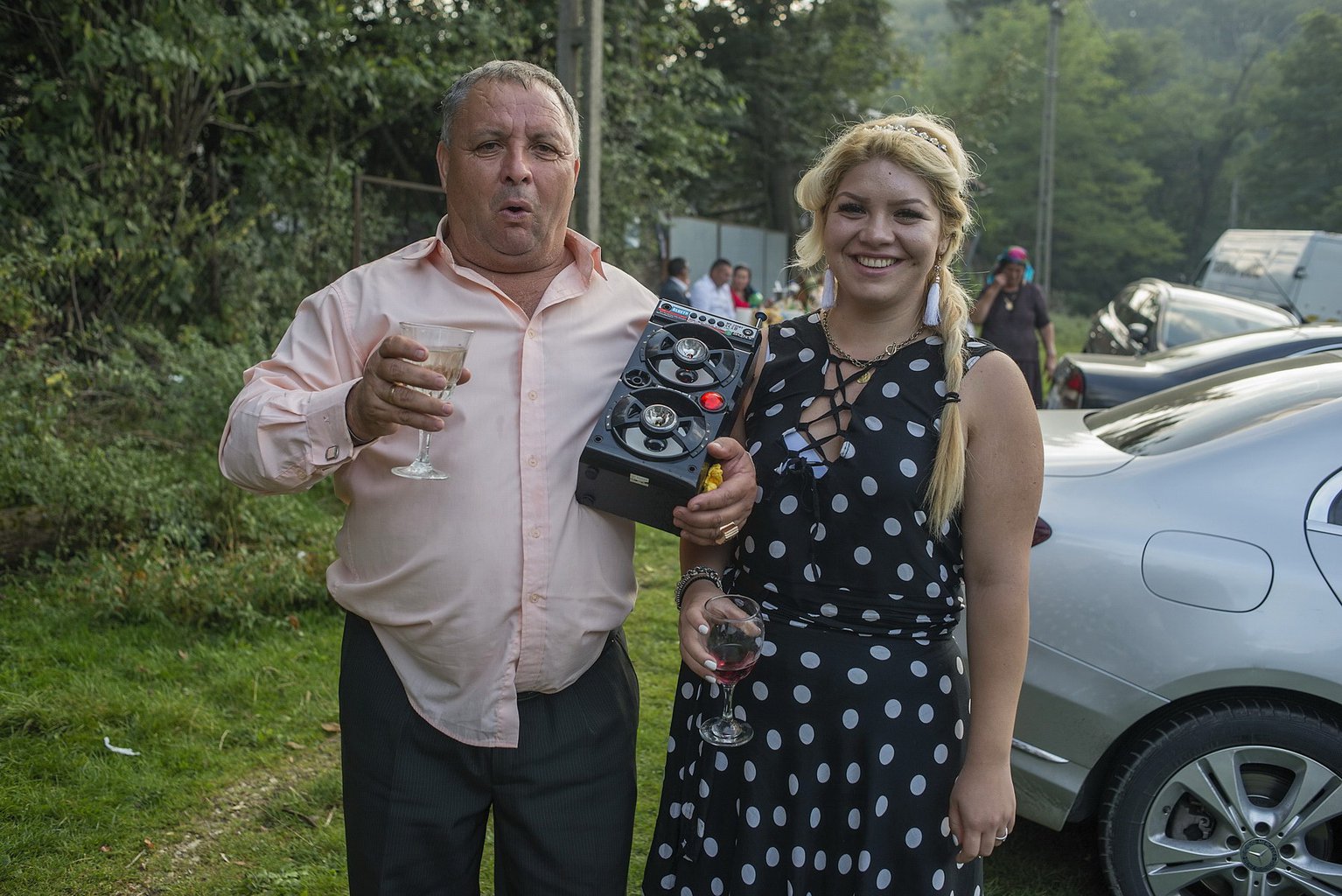 A man holding a portable speaker asks to be photographed 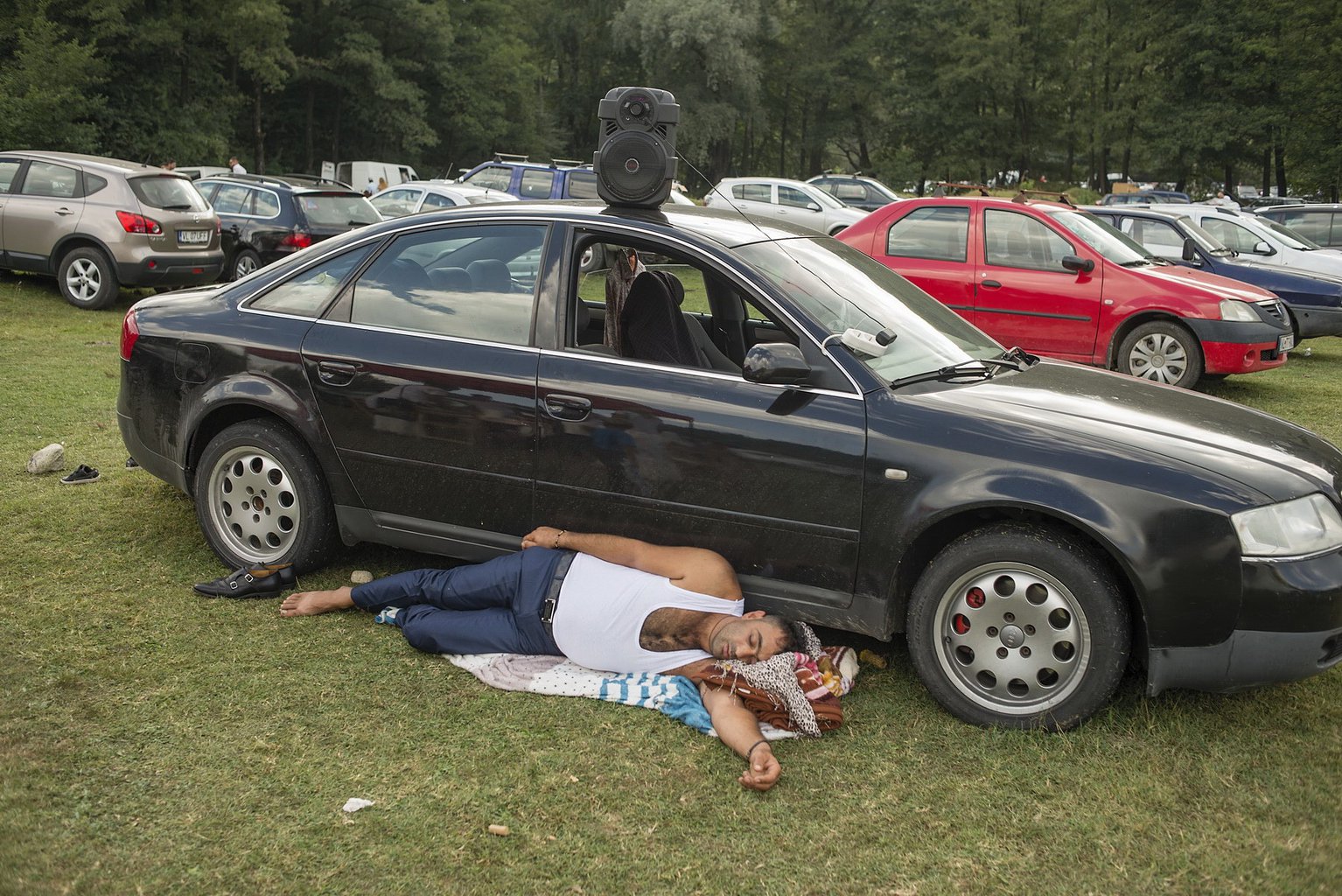 A rest from the party