Gagauzia (Gagauz Yeri) is an autonomous region spread out across the south of Moldova with close ties to Russia.

Unlike Transnistria, a region which cut itself loose from the country following a civil war in 1992, Gagauzia negotiated its autonomy with Chisinau two years later.

There are 170,000 people in Gagauzia, mainly ethnic Turks, who have remained here since the Russian-Turkish war in the 19th Century and converted to Orthodox Christianity.

Links between Russia and Gagauzia are close - and while Moscow has put an embargo on wine from Moldova, it has made exceptions for imports from Transnistria and Gagauzia.

This is important as the local economy depends on agriculture and wine production.

Many locals fear that Chisinau's EU-integration agenda masks an intention to unite Moldova with neighboring Romania.

During a referendum in February, the people of Gagauzia overwhelmingly voted against Moldova’s integration in the EU.

A massive 98.4 per cent of voters supported closer integration with the Russian-led customs union including Belarus and Kazakhstan, while 97.2 per cent voted against closer ties with the European Union.

More voices are questioning whether there is a chance that Gagauzia could break out into conflict, especially if Moldova continues to pursue its path towards the EU. 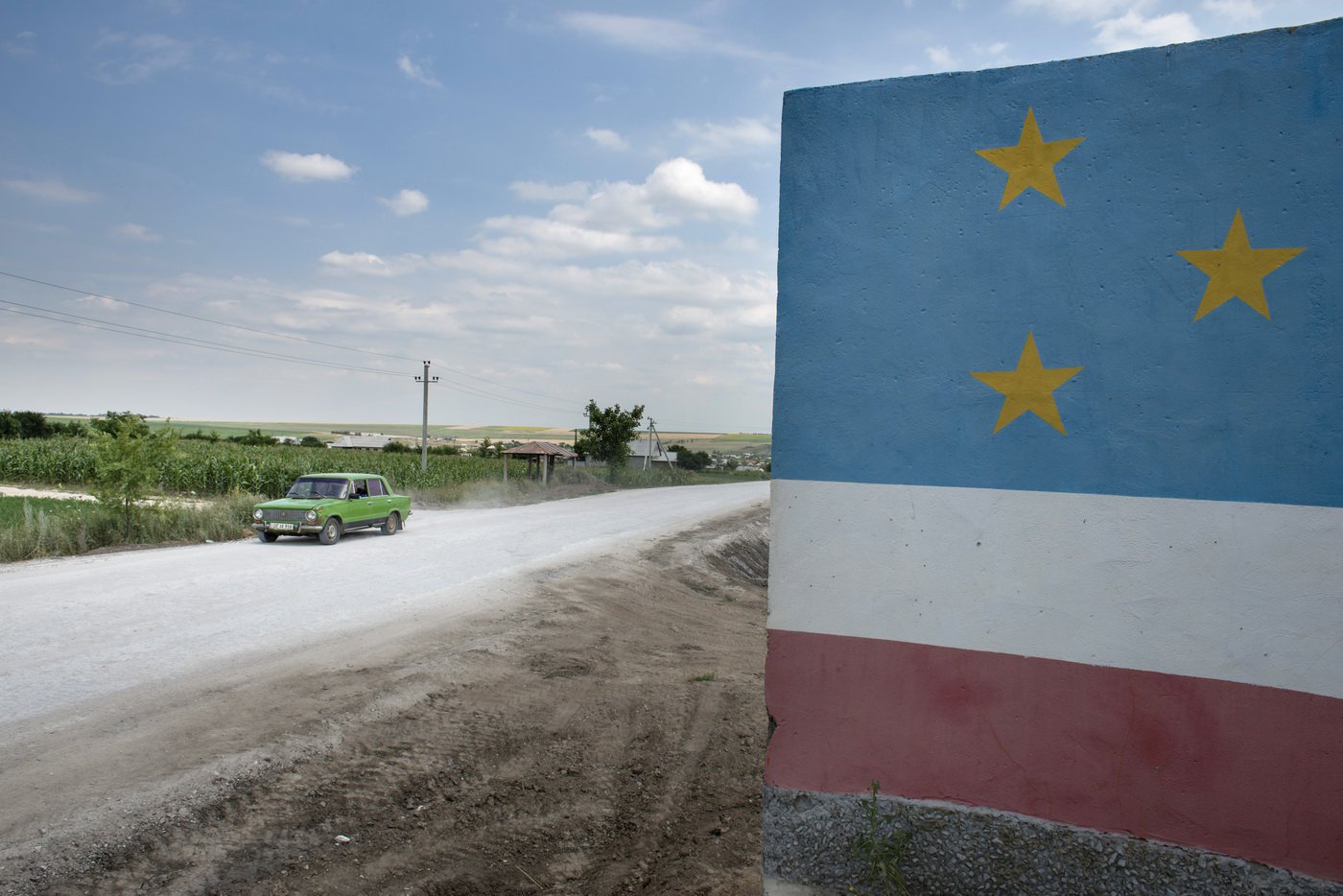 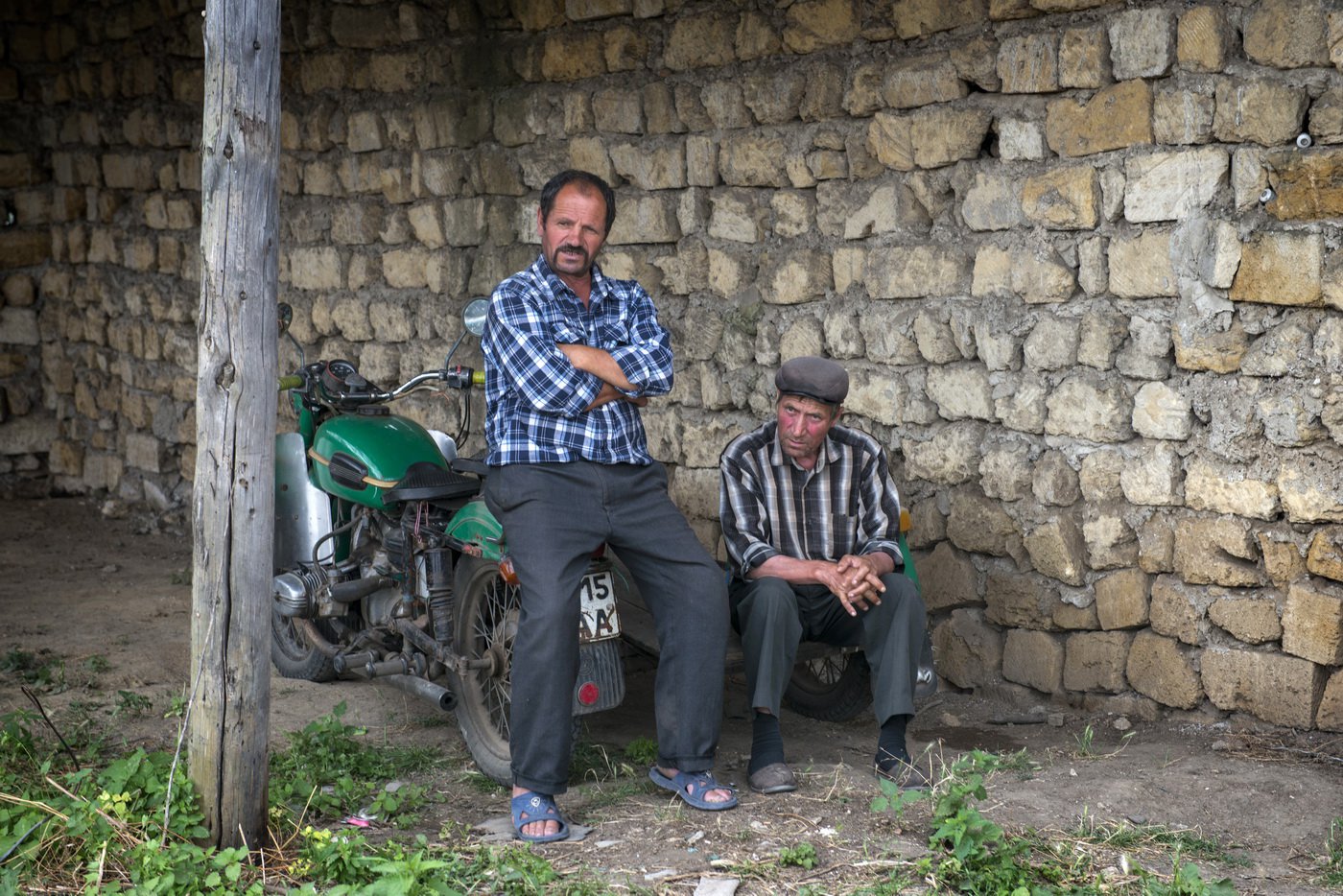 A kolkhoz (collective farm) guard and a villager chatting. Avdarma 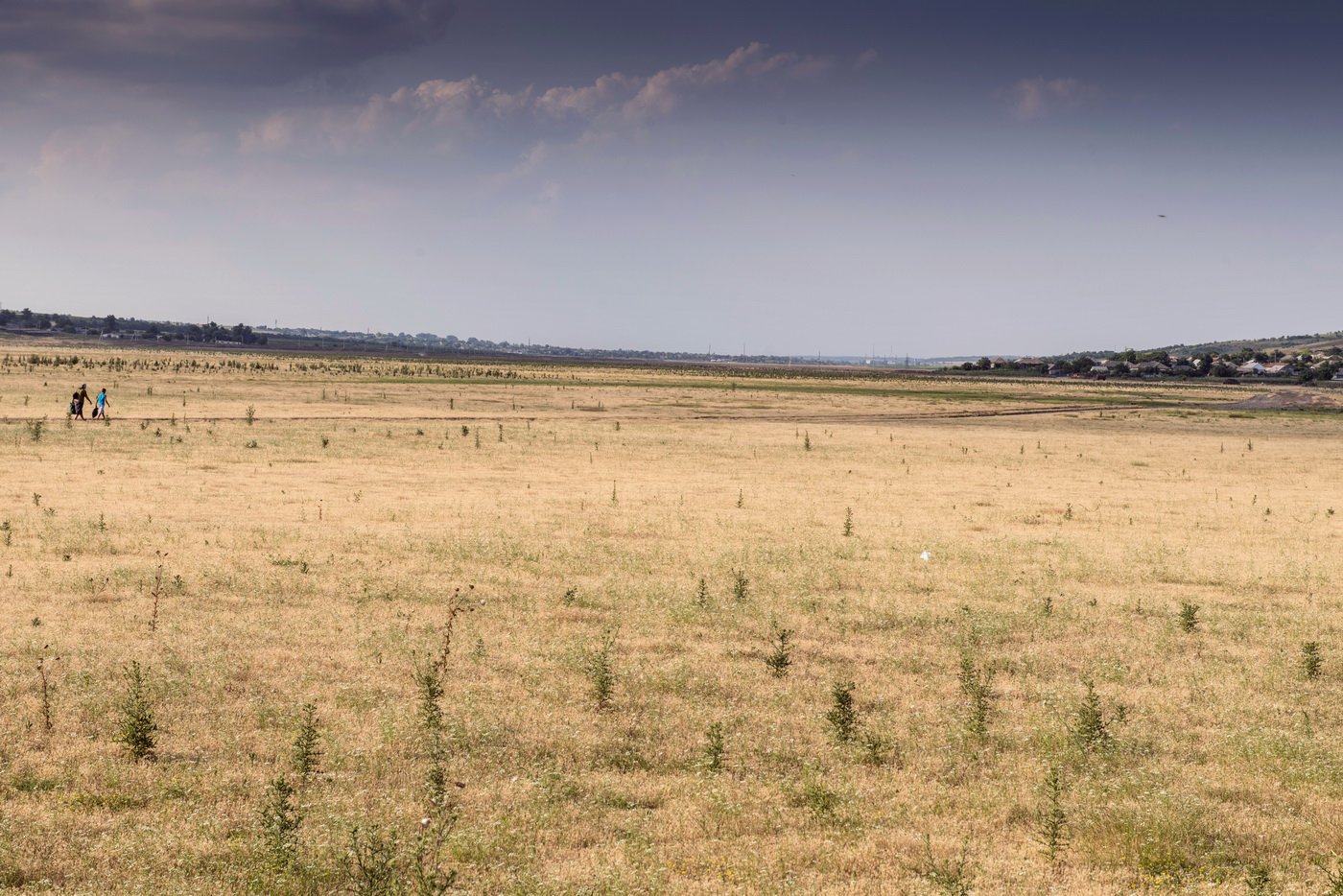 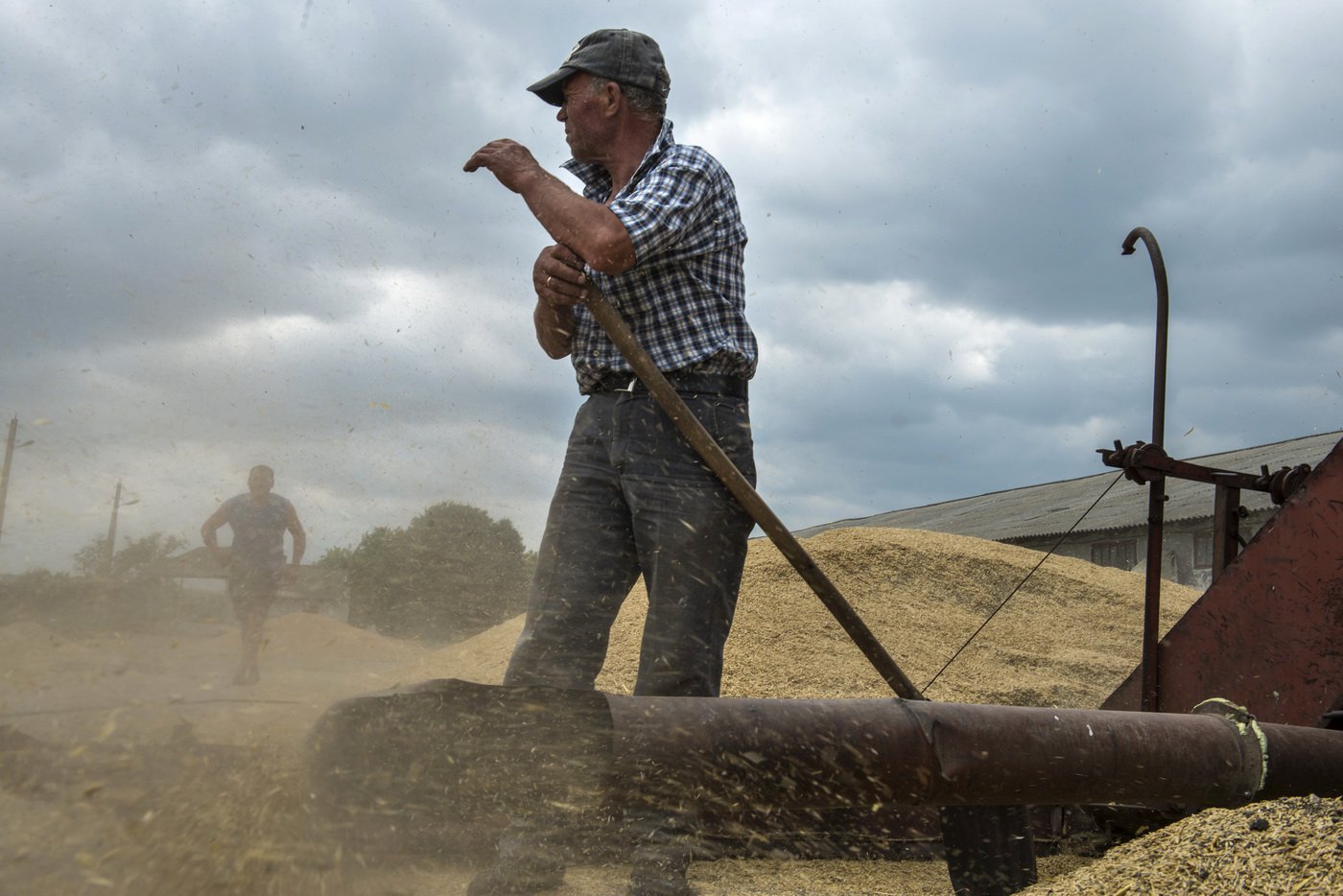 A kolkhoz worker protecting his eyes from the debris thrown by the thresher. Avdarma 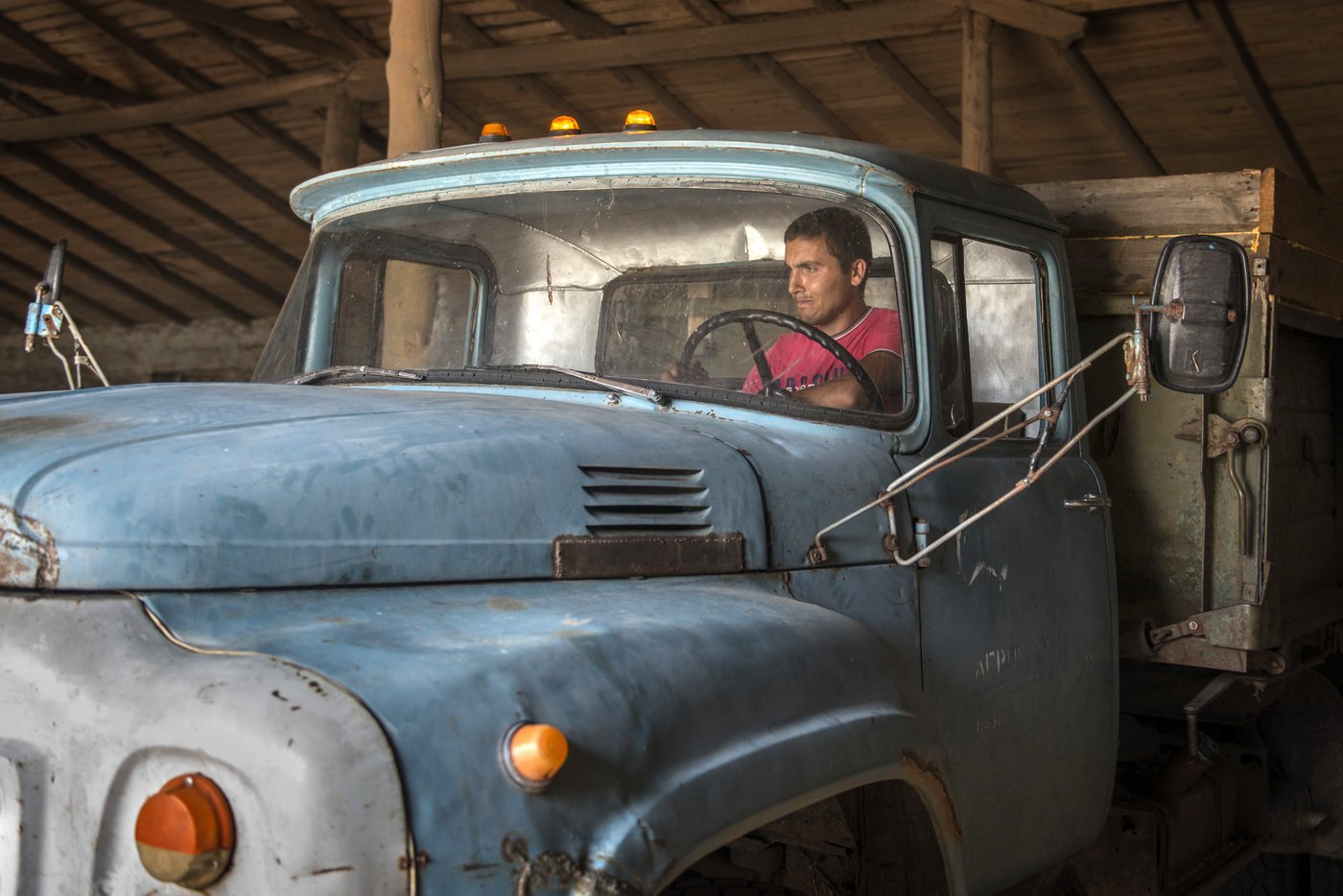 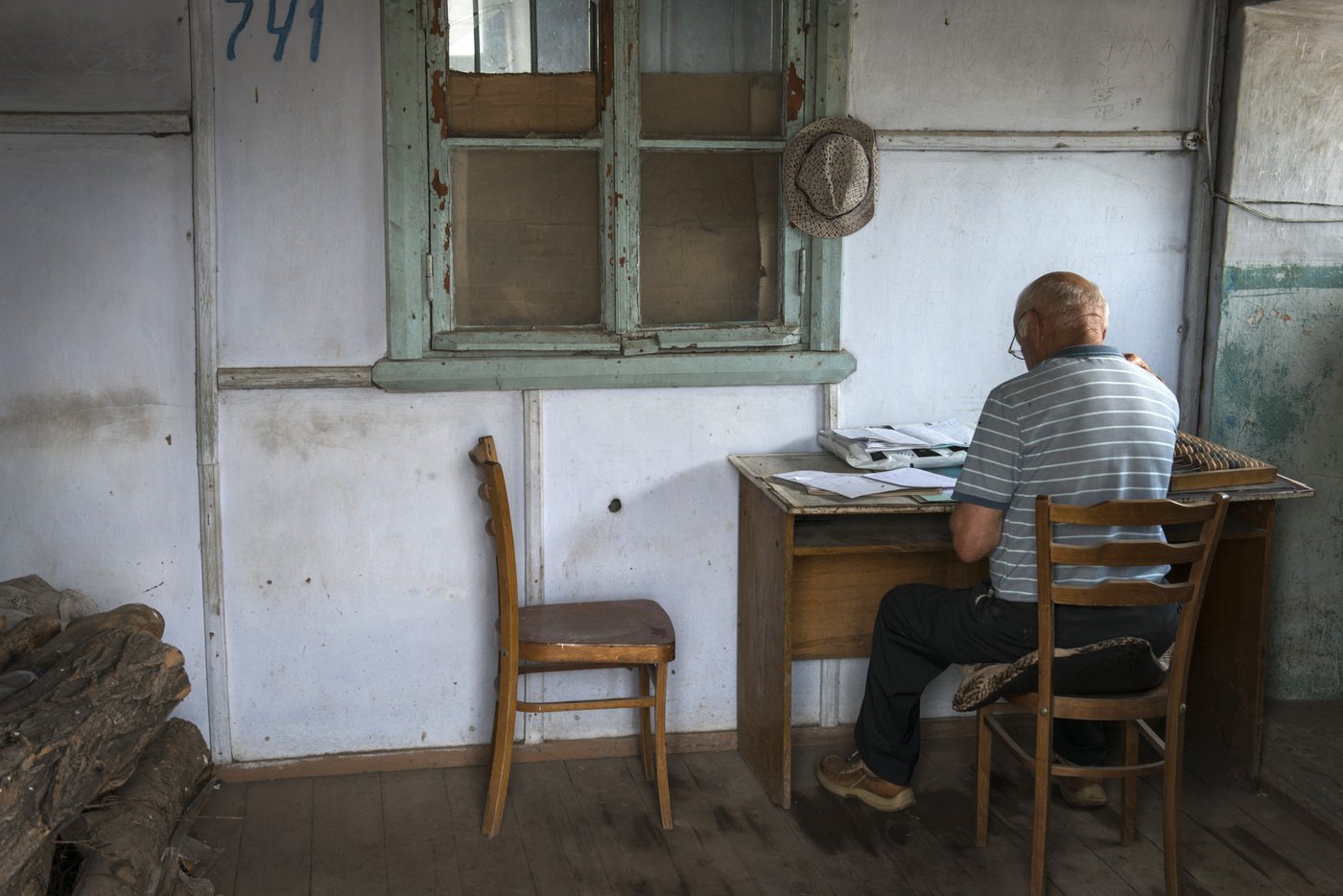 Vasile, retired, works one month a year at the kolkhoz as administrator to boost his pension. Avdarma 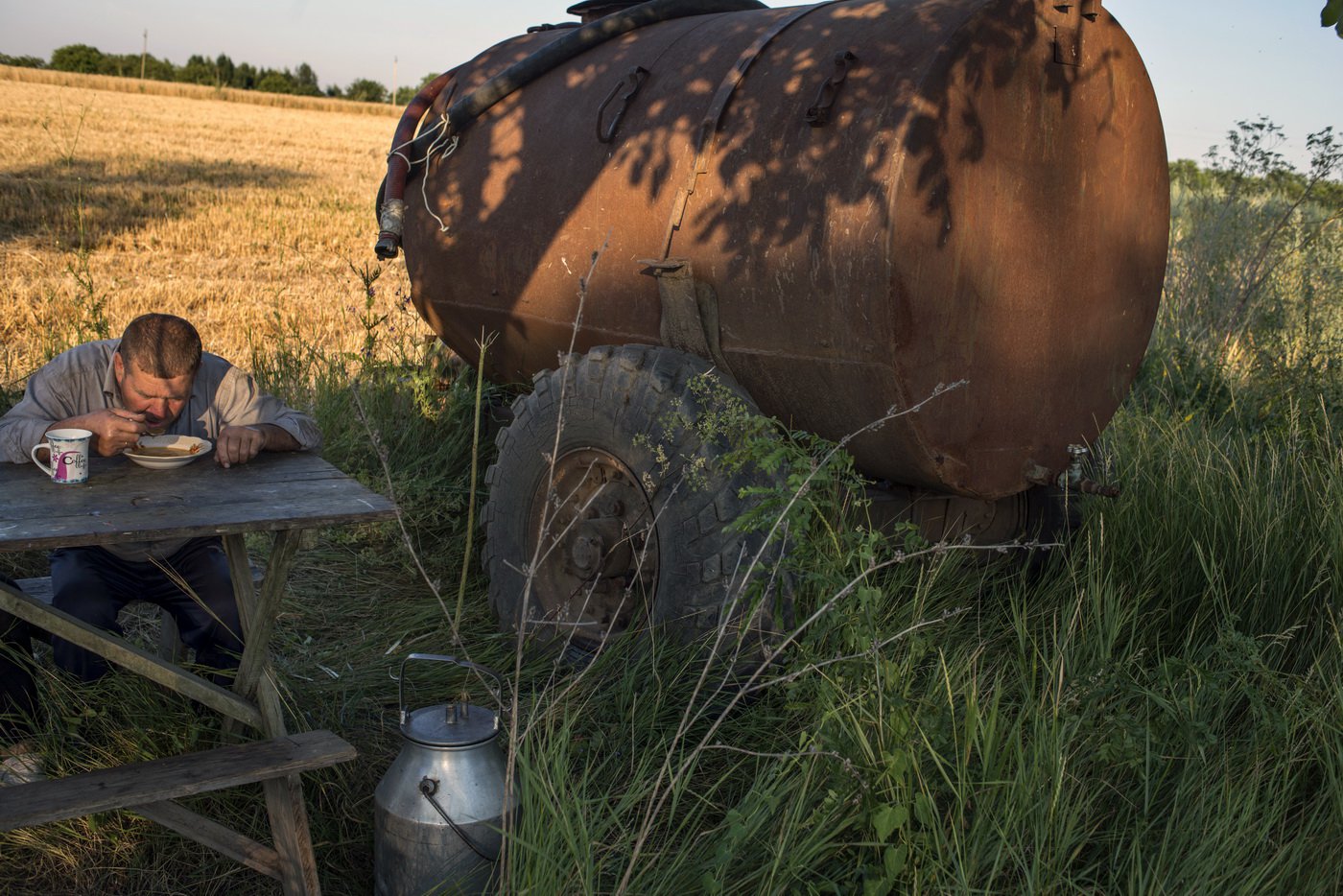 A farmhand taking his dinner (home-made borsch) at the edge of the field. Comrat 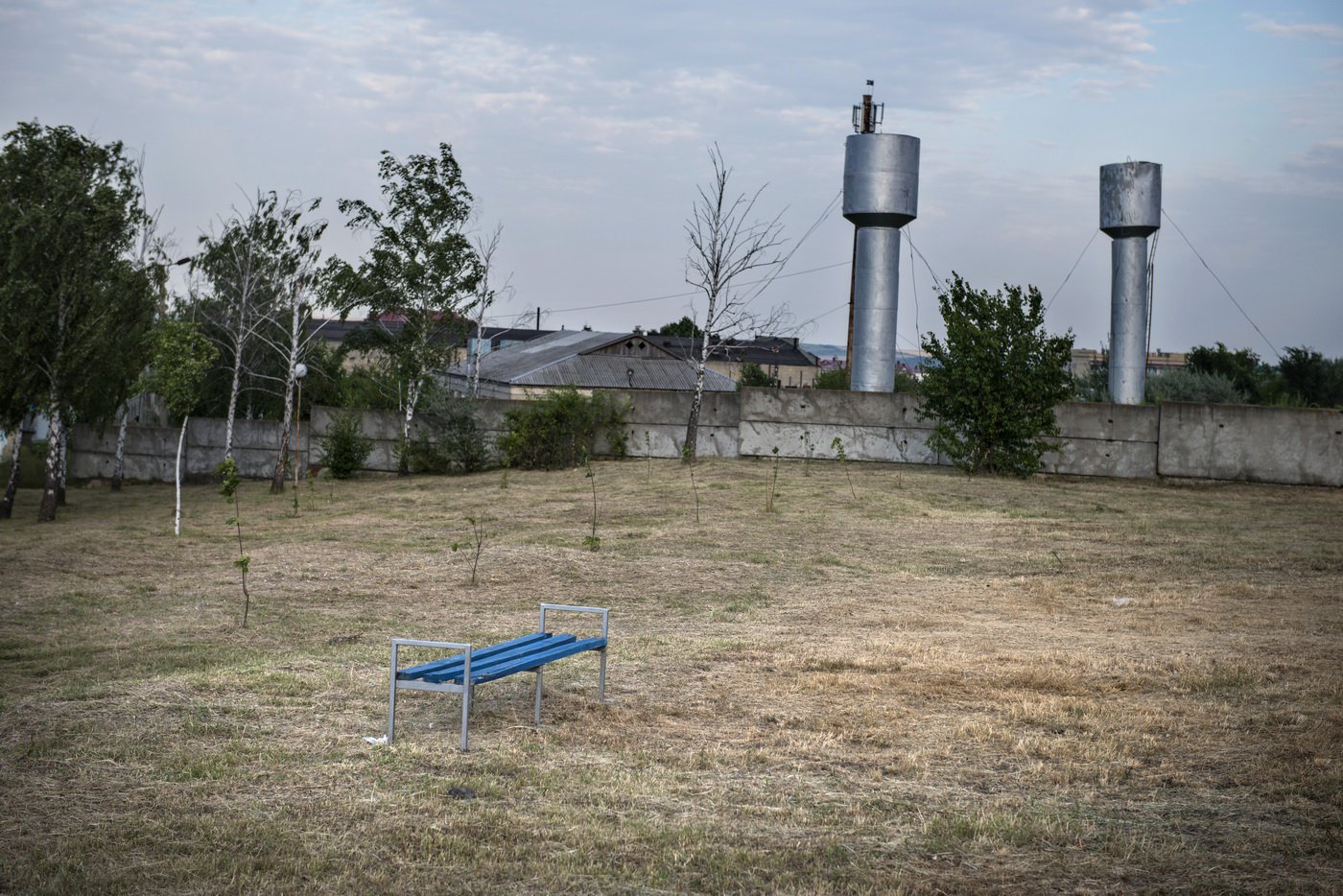 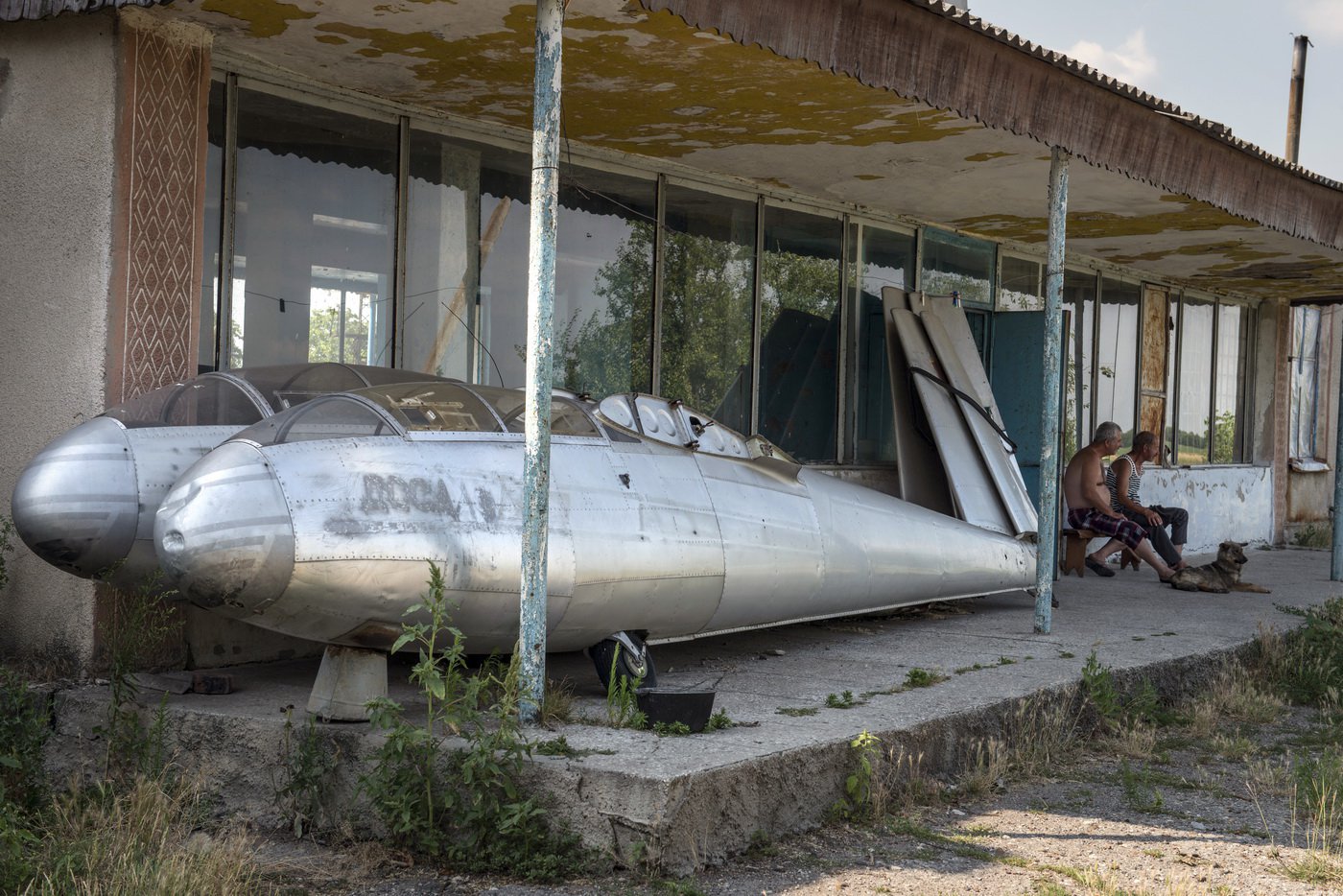 Two guards and a dog at the Ceadir-Lunga aerodrome, closed in 1995 following a serious plane crash. The place became famous when some citizens tried to flee USSR and go to Istanbul by hijacking a plane and threatening the pilots. Unfortunately for them, they ended up in Moscow 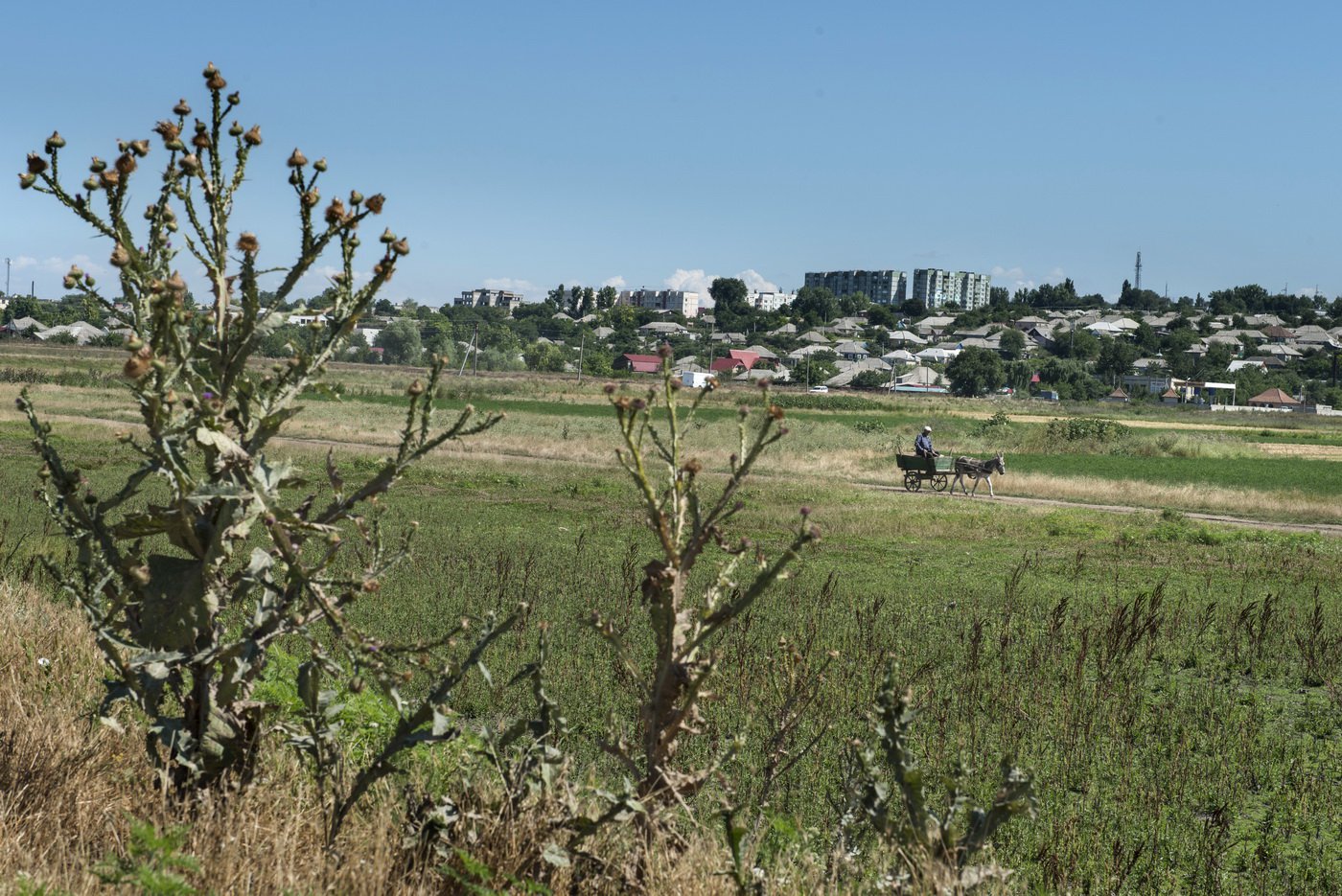 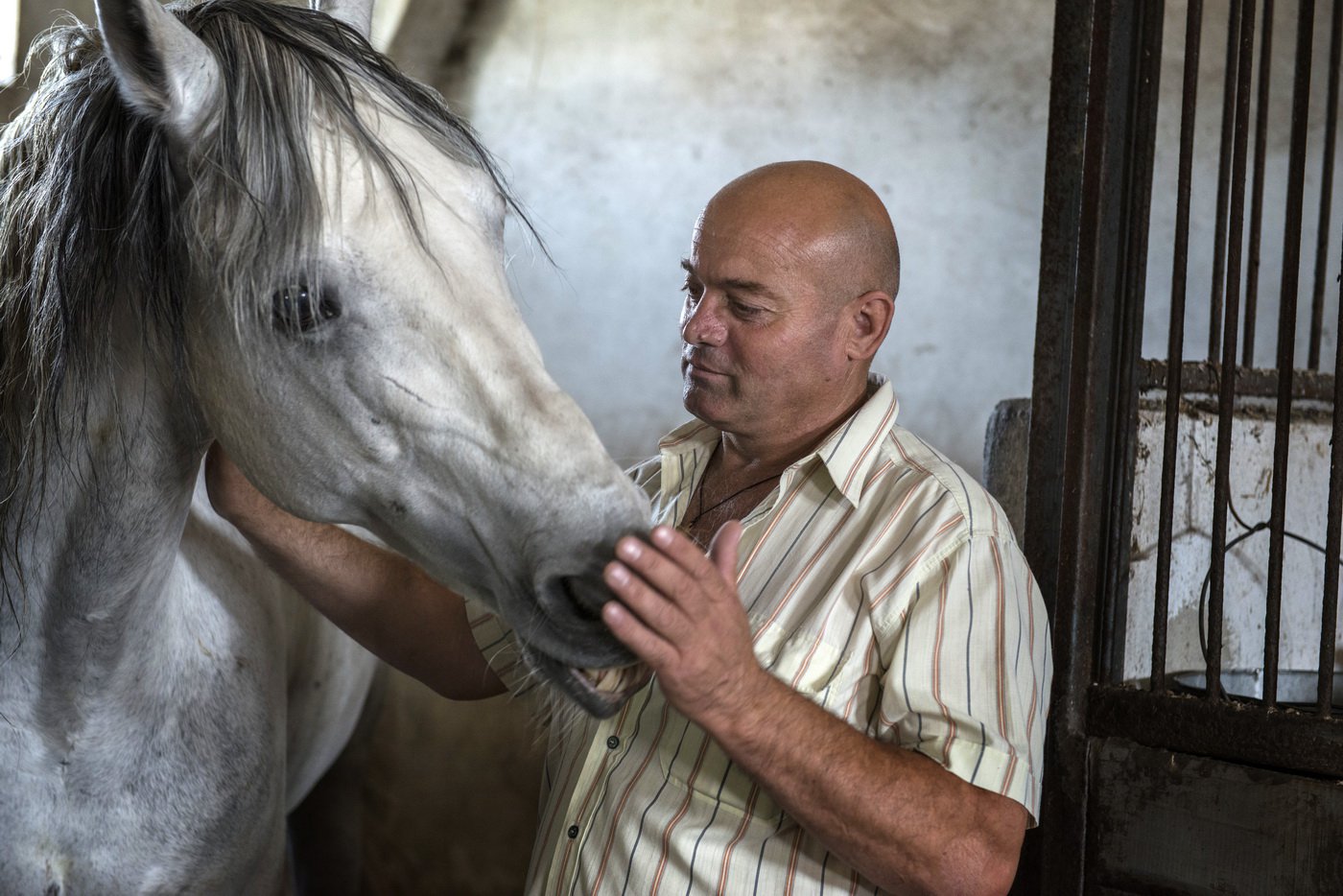 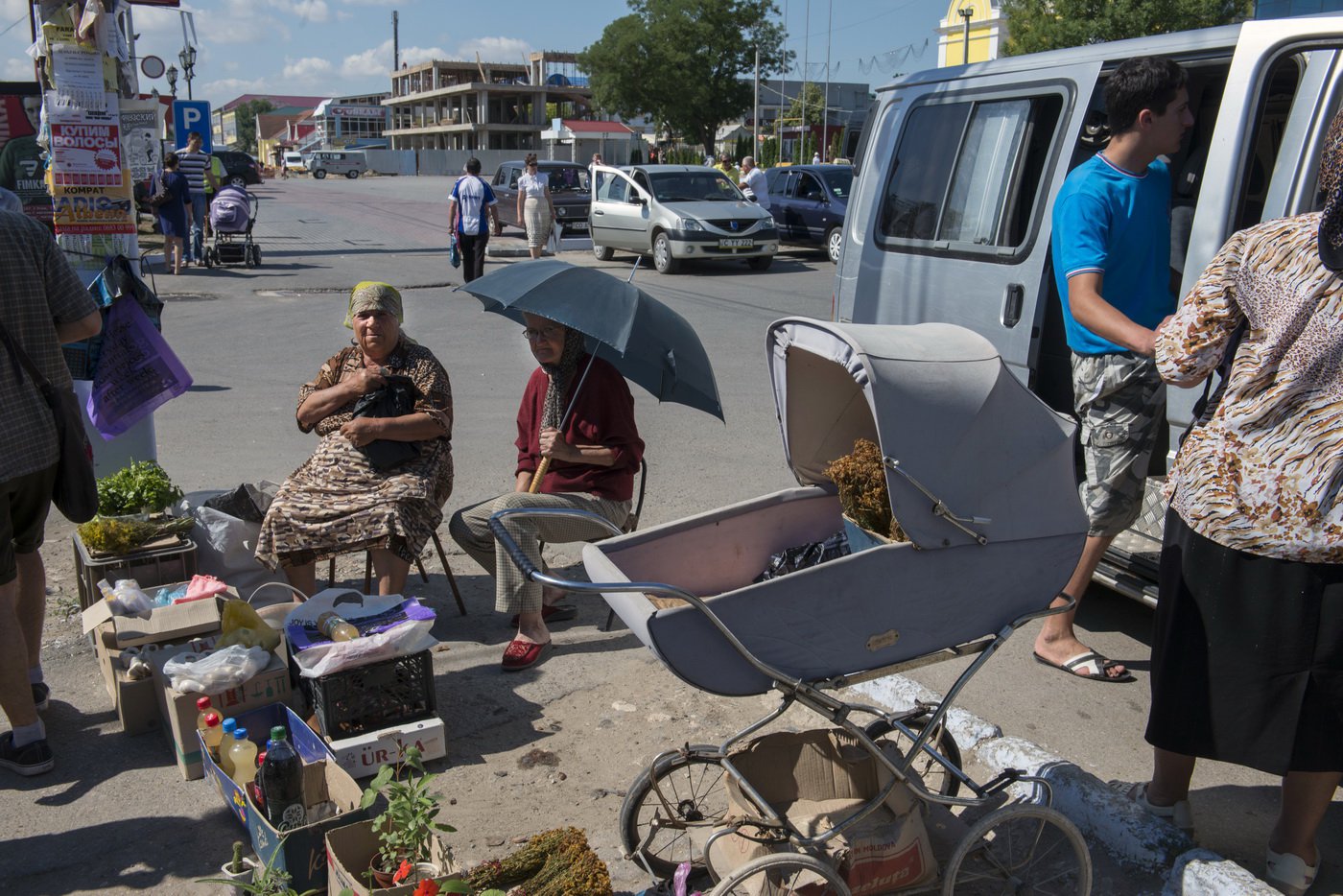 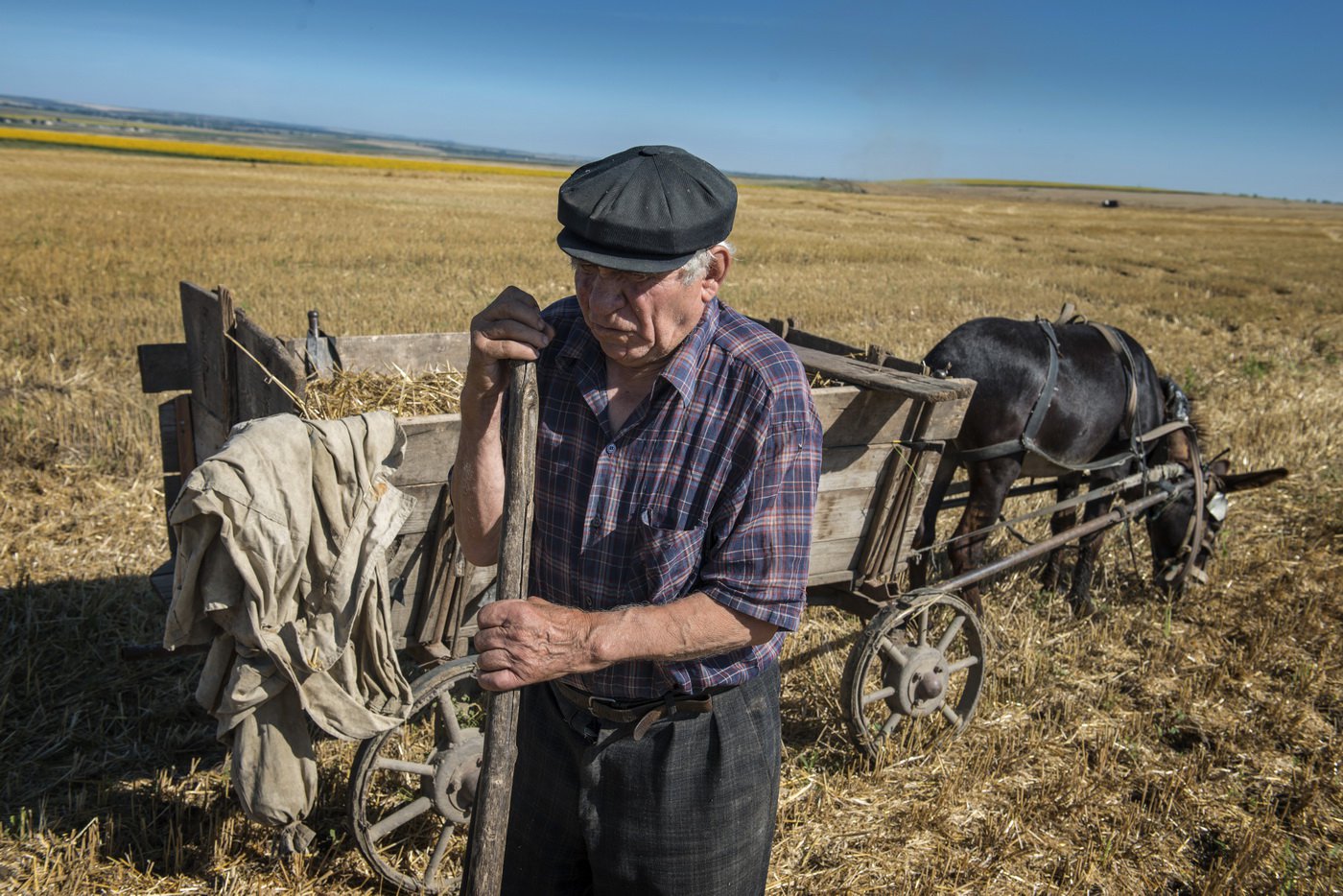 An old man of Bulgarian ethnicity gathering hay for his donkey. Cahul 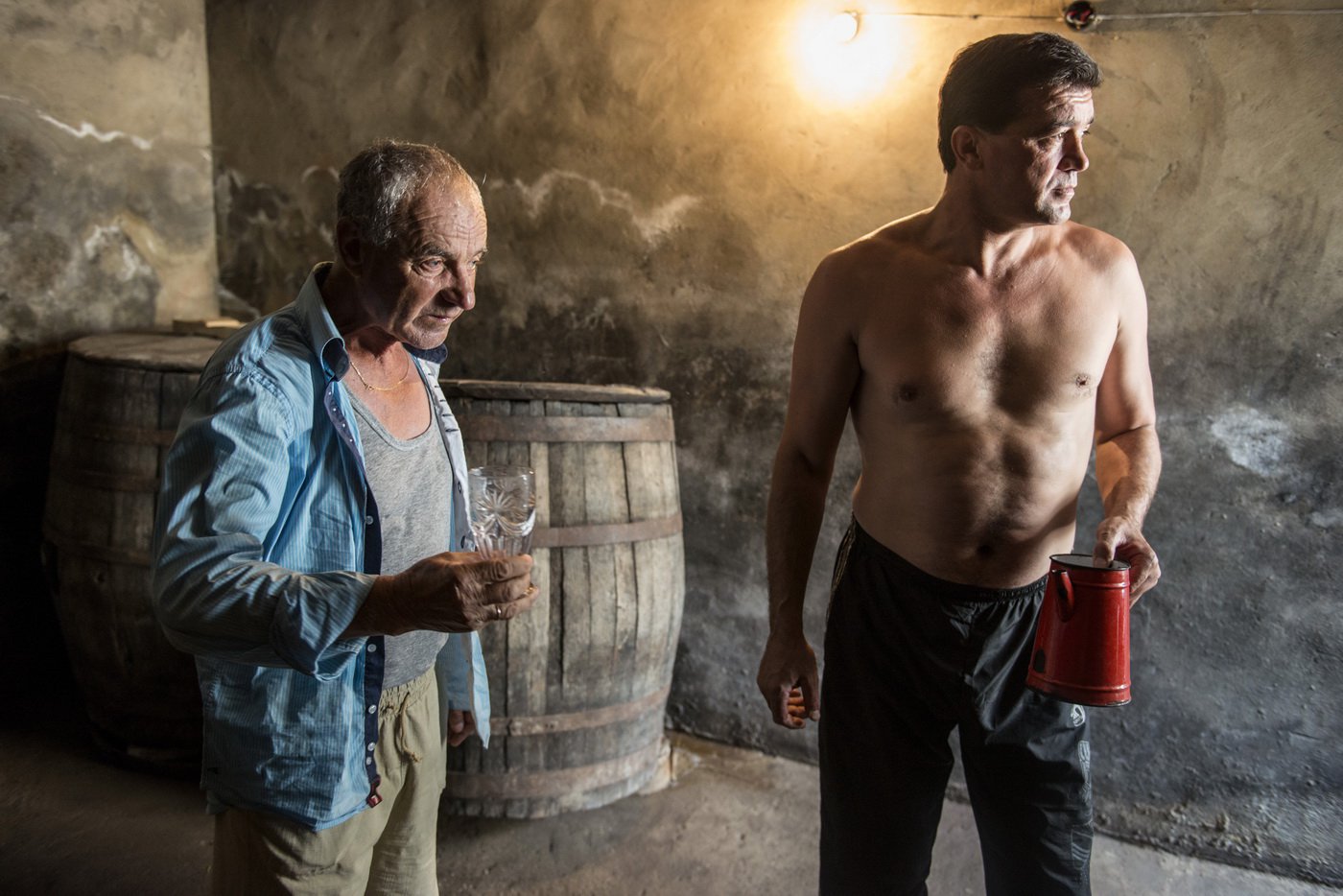 Stepan (left), 64, drinking red wine in a neighbour’s wine cellar. Stepan believes red wine will cure him of radiation he was exposed to in Kazakhstan between 1971 and 1972 when he served in the army on a site where nuclear weapons were used to test on animals. Today he is fighting a blood disorder and only he and three others from his 12 colleagues are alive. All three are sick. Etulia 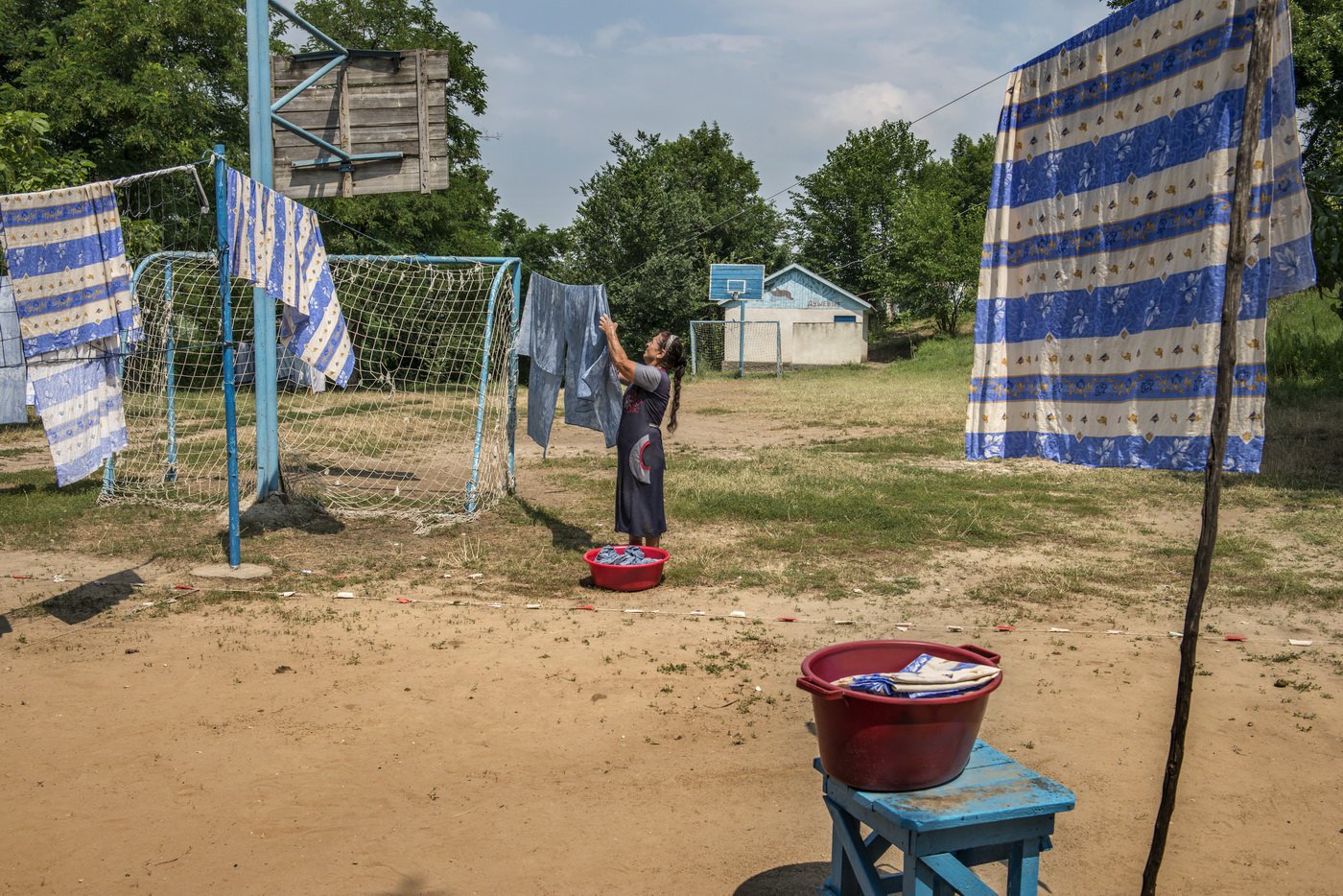 A cleaning lady at work between two groups of children. Etulia camp. 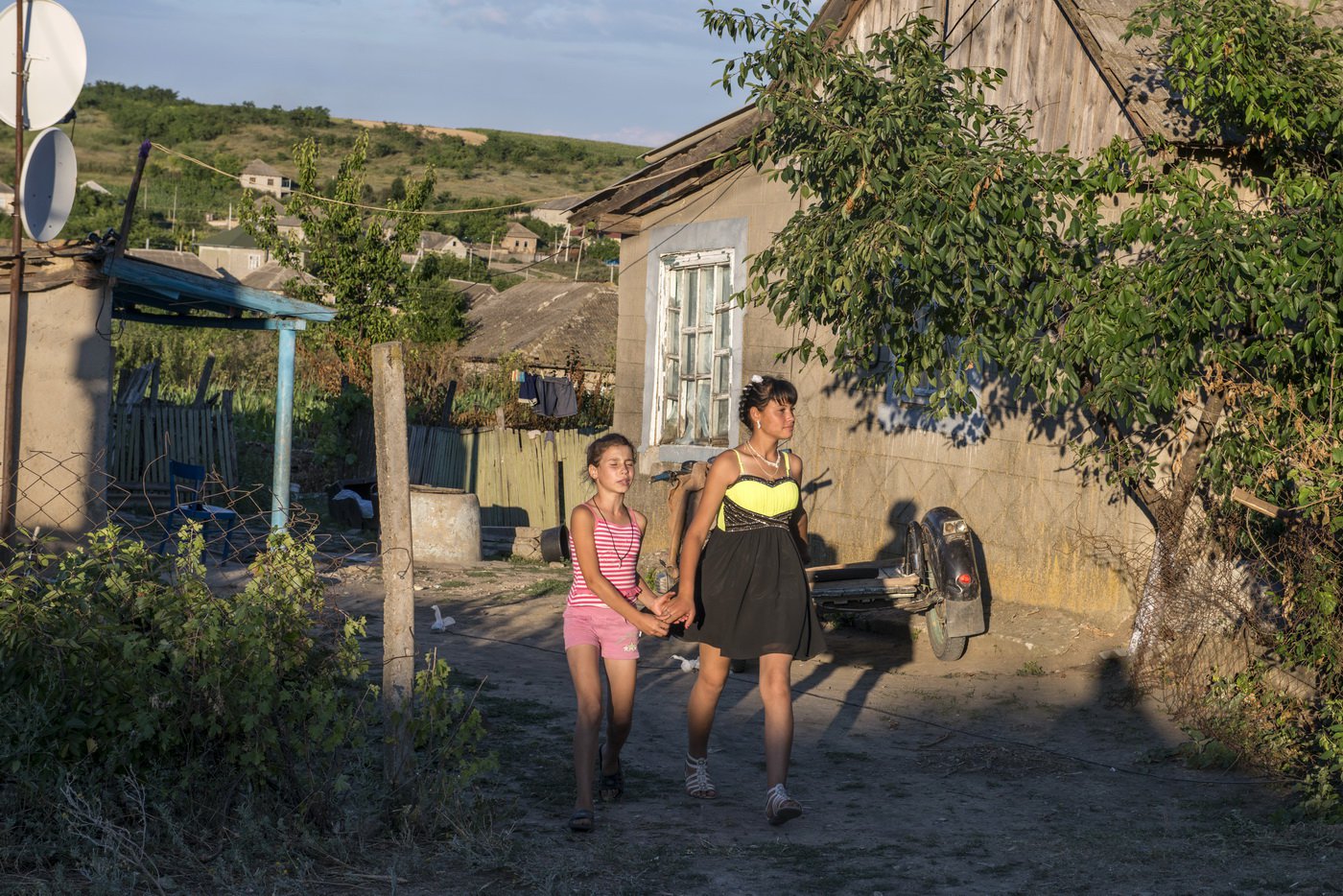 The bride gets to dance to two traditional songs in her “town” clothes. Joltai 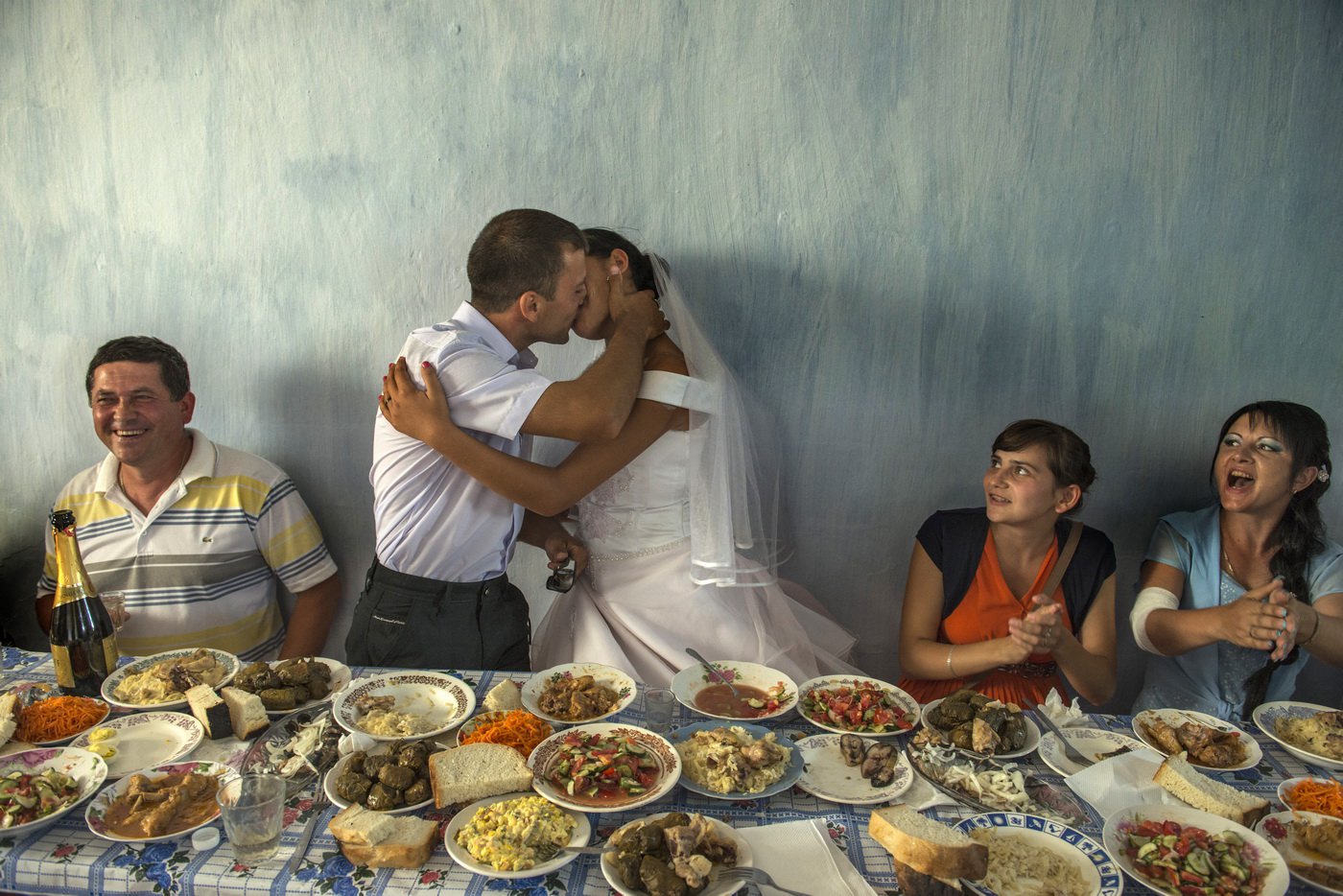 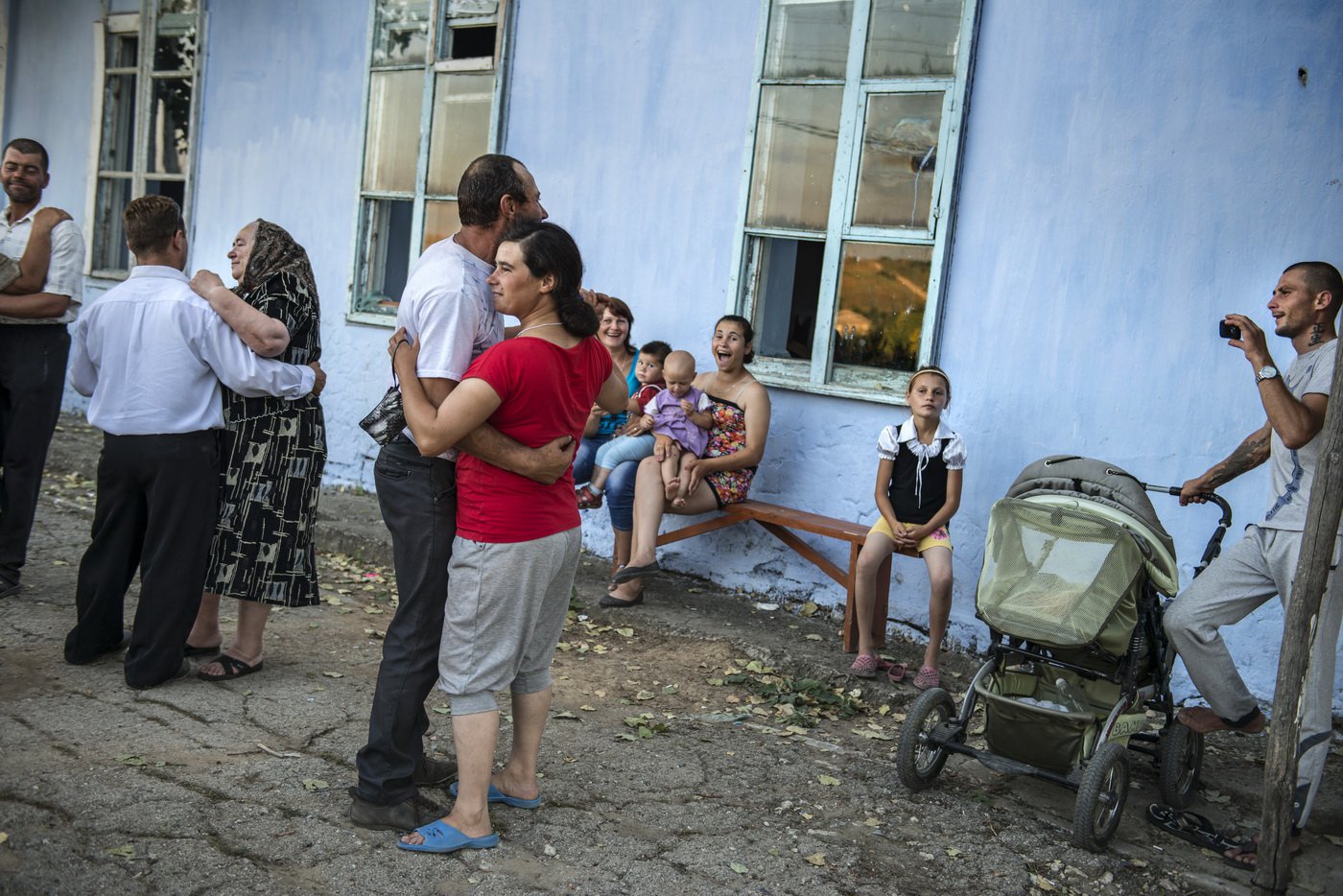 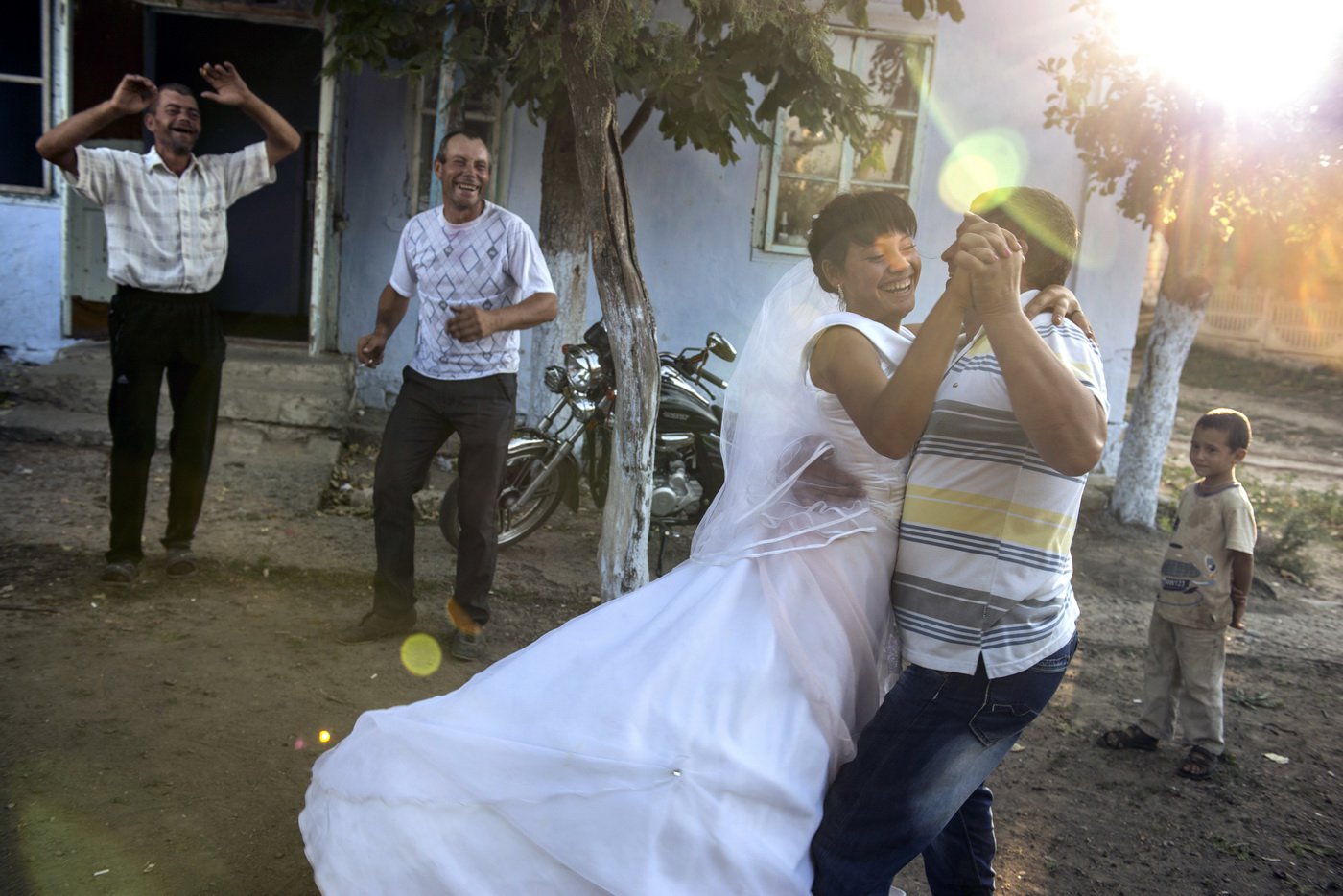 The bride is dancing with the godfather, Joltai 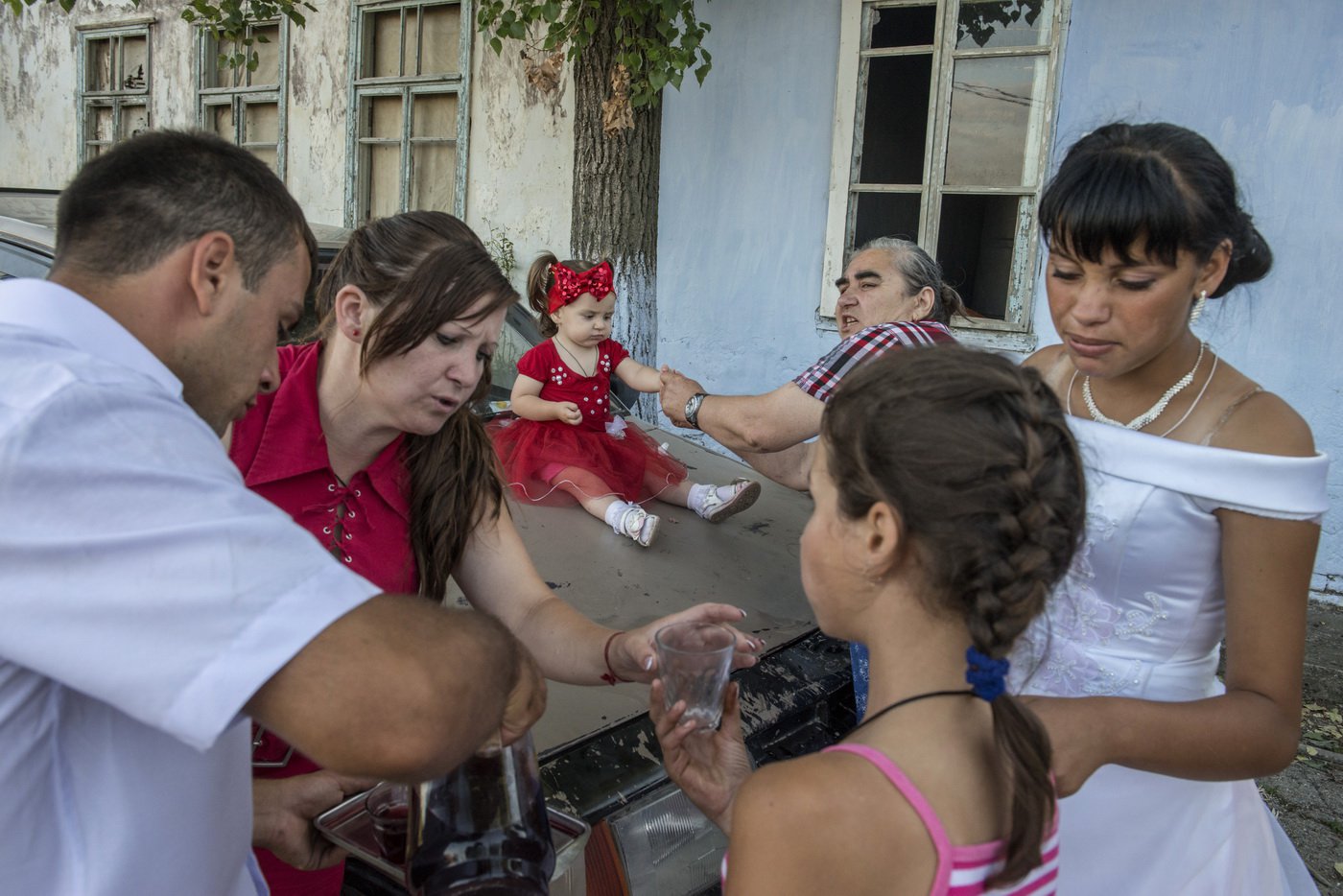 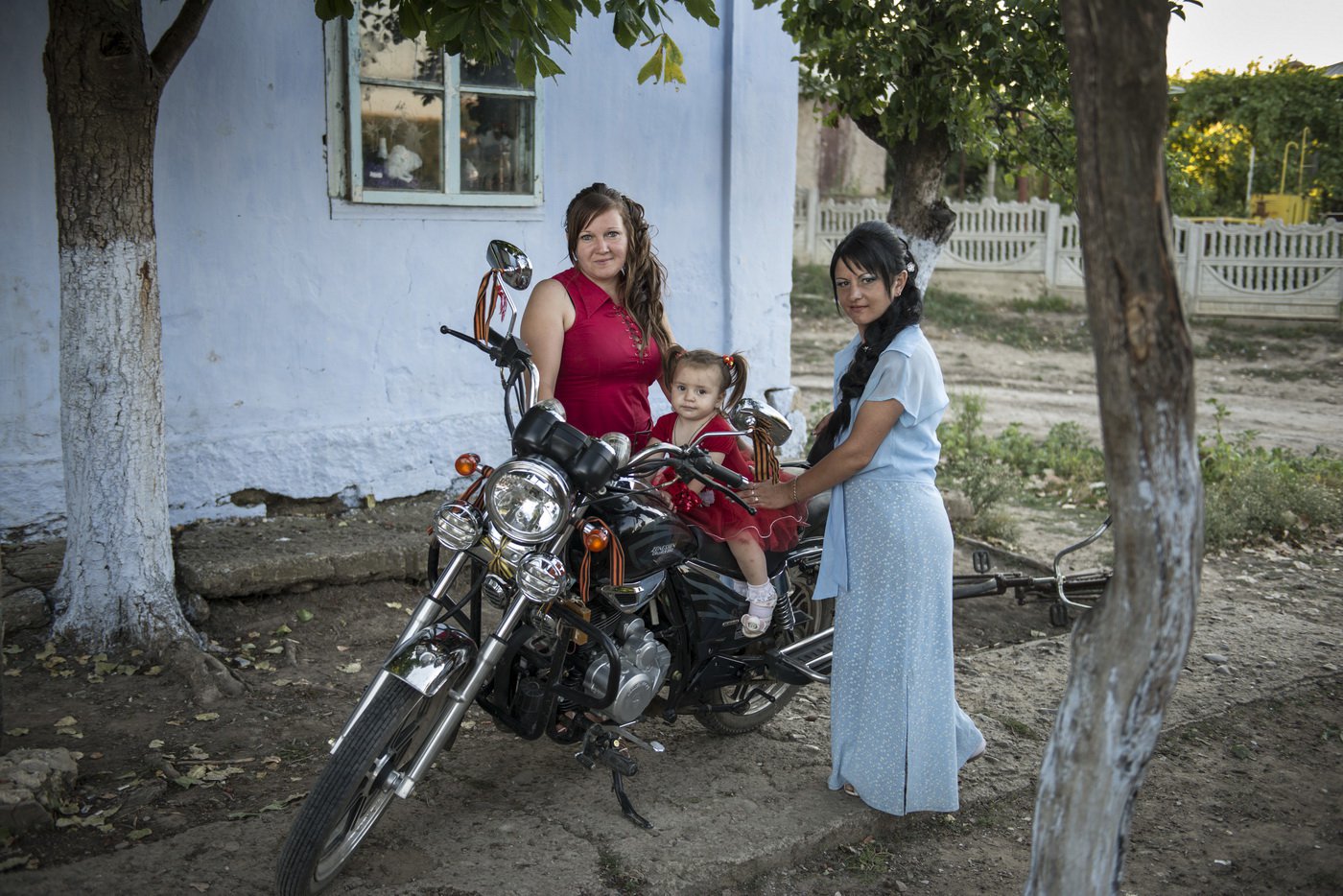 A family from Ceadir-Lunga, who were at the wedding, asked me to take this picture of them as a souvenir of the celebration

This article is supported through moldova.org by 'Fortification of the independence of online mass-media in the Republic of Moldova through the transfter of Know-how from the EU' - with support from the 'European Partnership for Democracy' and financial resources from the 'National Fund for Democracy' (NED).