"The problem is there’s no full transparency" - FIFA president Infantino 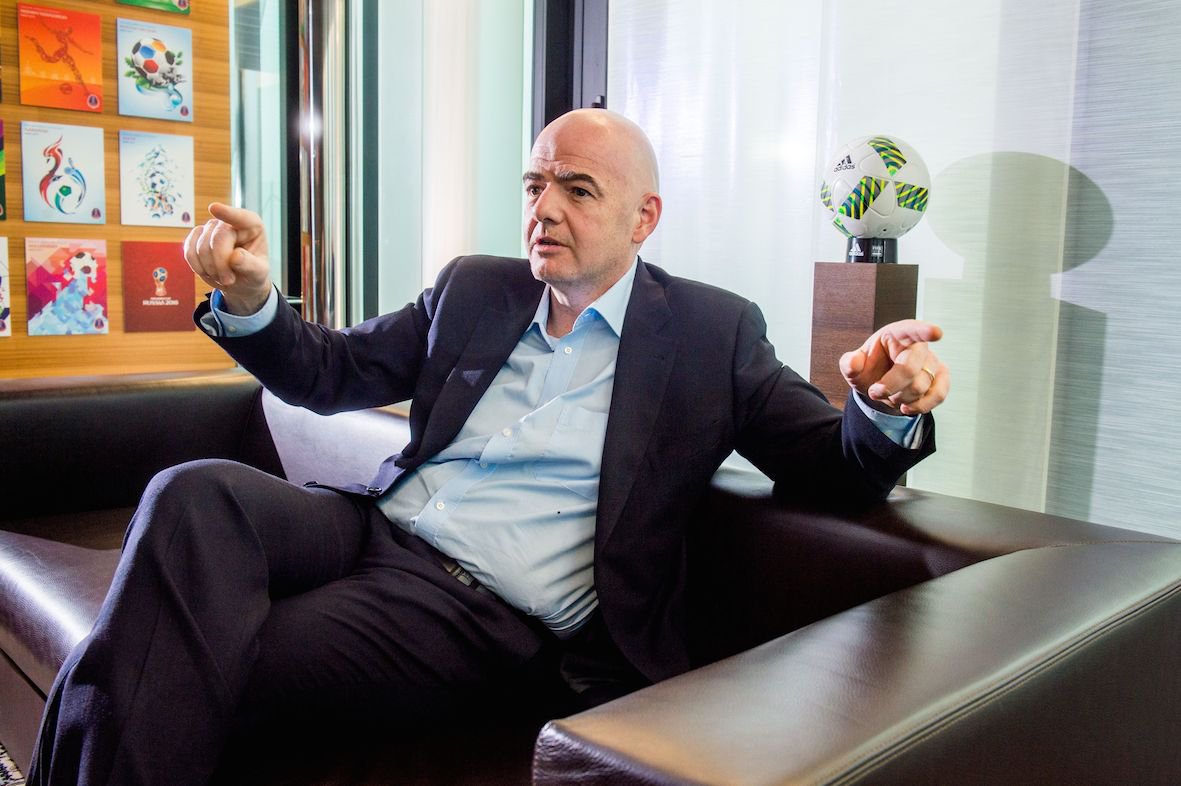 Football Leaks publications by the research partners of European Investigative Collaborations (EIC) have brought transparency into a market of powerful intermediaries, making huge amounts of money with every transfer deal. Are you concerned about the role that agents play in the football market?

Concerned is not the right expression. But I think we need to restart the whole reflection around transfers. We see how many players are transferred, nationally and internationally. Only in international transfers, two to three billion Euro get moved around every year. These are significant amounts, and a big chunk of that is paid to intermediaries. I think it’s really time to analyze what’s happening and to look at all these figures that are increasing year by year.

Do you think too much of that goes to the agents?

I don’t know if it’s too much. The problem is that there’s no full transparency. The English association is a role model with publishing the figures of the agents’ fees. This already helps a little bit. If we can, we need to find a way to bring more transparency in the system.

We have come across a lot of cases where a club takes the players’ agent under contract. The agent then may advise his player to join that club, as it is willing to pay the most to the agent. Isn’t that the textbook definition for a conflict of interest?

Yes, it is, of course. The issue is how to regulate conflicts of interests. Before the new Intermediaries Regulations in 2015, this kind of thing wasn’t regulated at all. Now agents have to announce if there is a potential conflict of interest before the negotiation starts. And if they do so and everyone involved agrees, that’s fine.

But how realistic is it that the agent equally works for both parties at the same time?

Well, that’s a reality. If things are transparent, if things are open, that’s a first step. The question is: Is that enough? All this perceived or real opacity, and with your investigation the perceived becomes real to some extent, shows that we need to look into that. Therefore, I think we really need an in-depth reflection with all the parties: the players, the clubs and the intermediaries, as well as the authorities like the European Commission. We have set up a new stakeholder committee in FIFA for that. It will meet at the beginning of next year for the first time.

Why did you, with the Intermediaries Regulations from 2015, slack off from the control over players’ agents and delegated it to the football associations?

Well, it was FIFA, I was not at FIFA that time.

No, but we need to examine it. In principle, I believe in subsidiarity. It is naive to believe that FIFA from Zürich can know exactly what’s going on in all transfers around the world. Therefore we hand the responsibility over to the associations and the confederations, in order to check the transfers that happen in their own countries.

But how could that practically work? The Dutch federation, for example, told us that "because of the many contracts and document complexity, it is impossible for us to control everything". Do you think they have adequate resources?

Imagine, when even the Dutch federation tells you this, one of the best organized associations in the world! We reach some limits here. FIFA has 211 associations, many of them not as organized as the Dutch. We would need a whole police force to control everyone. Before my time at FIFA, the Transfer Matching System (TMS) was put in place, where each party has to publish the details of a transfer.

If it turns out that the information that was put in is wrong, we can take disciplinary actions. And maybe we need stronger sanctions for those who repeatedly break the rules. The TMS already has a deterrent effect for these people, so it’s a step in the right direction. Is it enough? Well, probably not.

The TMS statistics show that, for example in August 2016, the payments to agents have gone up and the salaries for players have gone down. Is that a troubling development?

As long as the agents don’t earn more than the players do, I think it’s okay. Now, jokes aside, that might be a one-off statistic. It might also be an indicator for the rising power of agents. But let’s see if this trend will be confirmed. Then we will look at that as well. 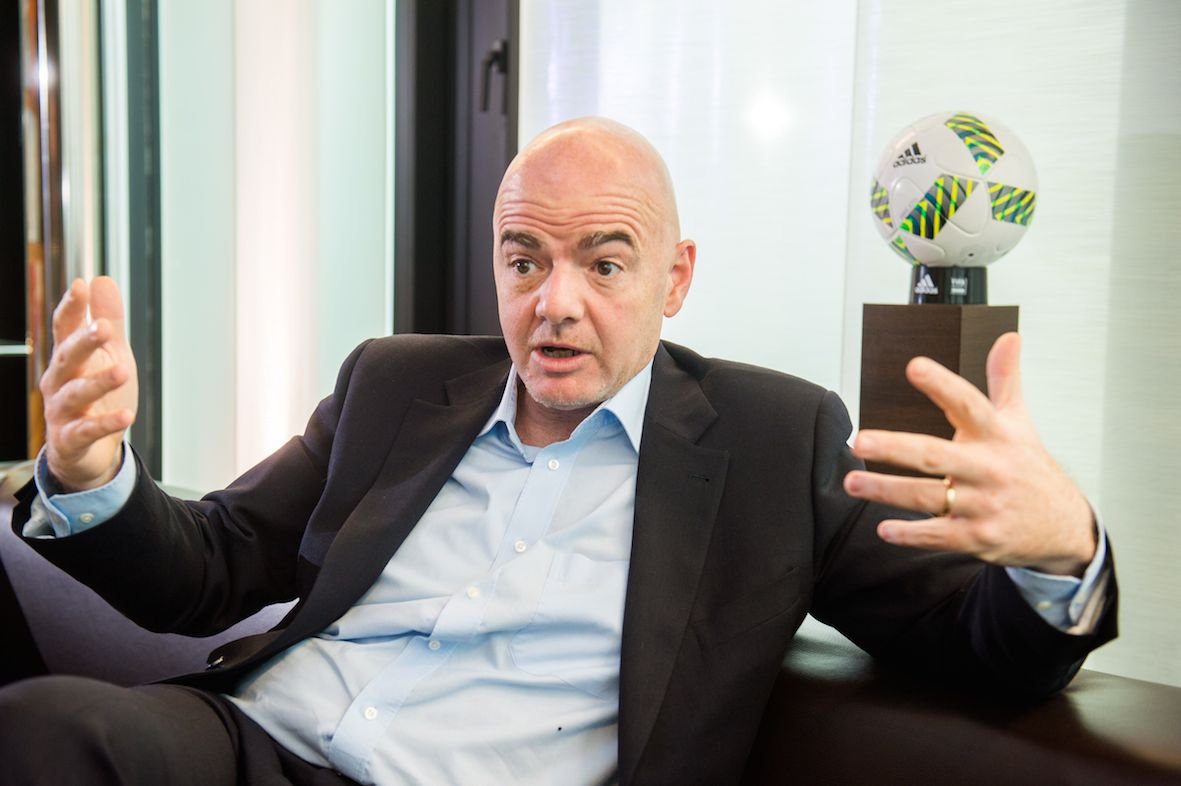 "As long as the agents don’t earn more than the players do, I think it’s okay" (photo copyright; Dominique Duchesnes, Le Soir)

Although everyone is obliged to disclose the activity of the agent, according to our research it seems very widespread that the agents’ participation is not always disclosed. Why would that be?

That’s a good question. Obviously, if somebody doesn’t disclose something, it’s because he might have something to hide.

It seems like there are a lot of people who have something to hide in the transfer business.

I don’t know if it’s a lot of people or not. I tend to believe that the majority of the people, and therefore also the transfer system, are honest. I hope so. Having said that, that’s not a reason for not always trying to increase and improve the control mechanisms that we have put in place. But we are no law enforcement agency. When you have to put your data in the TMS, it is already a threshold against abuse. But we need to do more.

Tax authorities in several countries have said that it is a problem when the players’ agent is paid by the club because the parties can save income tax and VAT.

José Mourinho for example was fined by Spanish tax authorities. Why do FIFA regulations allow something that is considered a scheme of tax evasion in multiple countries?

I don’t think that this is a question of FIFA regulations. Everyone has to pay taxes and follow the law and everyone is responsible in front of the law enforcement agencies and the tax authorities. If anything happens in contravention of some national tax rule or law, they have to look at it. The complex situation for FIFA is to have regulation that sets the frame for the whole world.

So you don’t plan on changing anything despite legal problems in some countries?

We will discuss the whole situation and tax issues are maybe one part. But FIFA cannot be responsible for somebody paying or not paying taxes.

But you must be concerned about the integrity of the game, right?

You just said everyone needs to pay taxes, obviously. Of the biggest stars in football, Lionel Messi got convicted for tax fraud, Cristiano Ronaldo has at least a tax evasion scheme. Do you think that’s problematic for the integrity of the game?

If somebody doesn’t pay taxes or drives too fast in his car or causes an accident while being drunk or whatever, this is not FIFA’s responsibility. But if we can help to bring transparency in the financial transactions around football and in the respect of the laws generally, then we have to do it. The integrity of the game is crucial for us. That’s why, for example, we banned third-party-ownership (TPO) of players.

TPO is considered problematic because it could lead to external parties meddling with the clubs’ transfer policies. Do you think you have successfully curtailed its practice?

No. Not yet. But we have only started. There were some court challenges in different countries. Until now, we raised awareness for something that was not regarded as an issue before. You can still cheat, yes. But there is a higher threshold than before.

But you still leave open some possibilities, for example for a third party to invest into a club and participate in the overall transfer income. Why are you not once and for all closing investment opportunities that could leave loopholes for influencing transfers?

We need investors in football. FIFA, UEFA, the associations, the clubs. We need investors. Obviously it may not be their only purpose to transfer as many players as possible in order to make money. That was a business model of traders who did that through TPO and it was detrimental to both the club as well as the players.

That’s what needs to be regulated. Third-party-investment (TPI) in general is welcome, and with measures like UEFA’s Financial Fairplay we try to attract good investors. If somebody invests and works legitimately, it’s fair if he has a fair return. But it should be a long-term deal. That’s what I mean with good investors.

Did the TPO-ban financially impact the market so far?

Well, the figures go up quite steadily. We believe that the TPO-ban has certainly avoided some situations that existed before. Maybe the rising figures are a reflection of the TPO-ban, of amounts that were hidden before and now at least are open.

… Corruption affairs have shattered FIFA’s credibility. The next world cups will be in Russia, which is a country with a proven record of institutionalized doping and Qatar, and the circumstances of that nomination process will loom over FIFA for years to come. What needs to happen that the fans can trust your organization better?

We need to show to the fans, and I hope we are starting to do that, that we’re working in a serious and honest way, in the interest of football. Football is a global sport, which brings all countries of the world together, aside of their political situation.

In this respect, the transparency that we put into place, coupled with a little bit of tolerance and open spirit, should help the fans to realize that the only thing we try to achieve is that we can play football all over the world. You know, there are people living in Russia and Qatar, there are people everywhere in the world who love football. Boycotts and exclusions have never brought any solution. If there are issues, let’s face them, let’s tackle them, let’s discuss them, let’s look forward.

Do you think about taking any consequences from the McLaren report?

No. FIFA is not the world police and especially not the world doping police. It’s the football governing body. Whatever has to do with football in the McLaren-report will be looked at by our disciplinary bodies. If there are any measures to be taken, they will do that.

But so far you don’t plan to take any specific measures?

No, our bodies are still waiting to see all the relevant information. FIFA has its own anti-doping-system. Doping tests were not done by Brazil in 2014 or by South Africa in 2010, and they won’t be done by Russia in 2018 – FIFA will manage that. If anything goes wrong, it will be our responsibility, our fault. But we’re very confident that our anti-doping procedures will work.