EIC 2016 / 03 February 2017
Revealed: David Beckham's fierce campaign to be knighted by the Queen of England betrays his public face of humility. A feature published with European Investigative Collaborations (EIC) network, with research by The Sunday Times 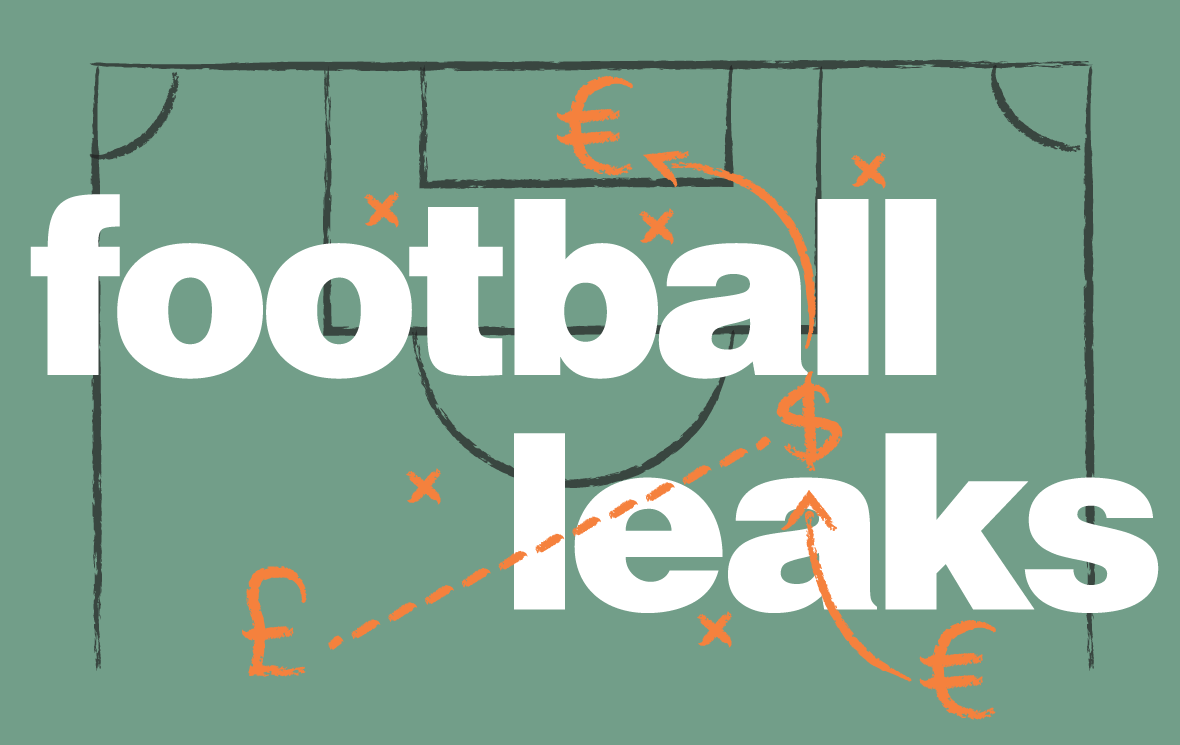 These luminaries then get to wear the title of ‘Sir’ or ‘Dame’ before their name in a mock-up of medieval pageantry.

But one figure who has yet to achieve this hallowed status is football superstar, charity do-gooder and fashion icon David Beckham.

This night he is engaged in a long interview on a chat show hosted by Jonathan Ross on UK's ITV.

After thanking Beckham just before the closing titles, Ross wagged his finger in the air to stop the clapping and said “One more thing”.

“At the end of that goal montage earlier on,” said Ross referring to some film clips shown at the start of the show, “he [the commentator] said David Beckham, ‘he’s scored the goal, he’s put us in the World Cup, someone please give this man a knighthood’.”

“Now we haven’t heard the announcement of the honours this year,” Ross continued. “They haven’t tipped you a wink or anything?”

A dapper Beckham, in suit and tie, grinned broadly.

The audience would not have known that he was not nearly so casual about the honour as his words and demeanour suggested.

Leaked emails show that six months earlier Simon Oliveira, his chief public relations adviser, had requested information about how a letter nominating someone for an honour should be written.

Indeed, Oliveira had planted Ross’ pay off. He had emailed the show’s producers to inform them the ex-player wanted Ross to say he should be knighted live on air.

“Maybe Jonathan should ask him about [the] knighthood and say he should get it,” Oliveira wrote. “What do you think? David is up for it.”

He even told the show’s producers how Beckham would respond with an anecdote about Ross being a jinx because he had predicted that he would play for Britain’s Olympic team in their last interview. And, of course, Beckham did exactly that.

The campaign had been going so well. But over the next two weeks news leaked to Beckham and his advisers that there was a problem.

Beckham’s attempt to become “Sir David” appears to have been blocked by the UK’s tax authorities, Her Majesty’s Revenue and Customs (HMRC).

Like several other celebrities, Beckham and his wife Victoria have been revealed to be part of the Ingenious scheme, a project which could have helped them avoid paying up to £1m of tax by using artificial losses from investments in a range of films. The scheme was being investigated by the HMRC.

The emails emerged from the bombshell Football Leaks database containing data that includes 18.6 million documents, which was originally handed to the German magazine Der Spiegel. They passed it on to other media partners in the European Investigative Collaborations network.

“Who decides on the honors?? It’s a disgrace to be honest"

Behind the scenes, the facade dropped two days before the 2013 Honours were published and newspapers had cottoned on that Beckham wasn’t on the list. “You see the knighthood thing today?” Beckham enquired of Oliveira at 5.30 AM from his home in Los Angeles after seeing the Sunday papers.

“We half expected it,” responded Oliveira from London. “Interestingly they’re not saying anything negative about you not getting it for financial or other reasons, rather it's a question of timing and the right age.”

It is crucial to 'Brand Beckham’ - which is thought to have raked in around £45 million in 2015 - that the footballer is presented to the world as a clean cut likeable family man. When asked directly on his previous Ross interview whether he ever used swear words, he replied “no never”, in keeping with his charming boy next door image.

However, Oliveira’s response was the beginning of a long email expletive-laden outburst from Beckham.

This article has not corrected the grammar or spelling apart from adding dashes to some of the swear words.

“They r a bunch of c–ts I expected nothing less,” he wrote of the Honours Committee in late December 2013. “Who decides on the honors?? It’s a disgrace to be honest and if I was American I would of got something like this 10 years ago.”

That morning he had also read that Katherine Jenkins, the classical singer, was about to be given an honour, the Order of the British Empire (OBE). “Katherine Jenkins OBE for what?”, his email continued. “Singing at the rugby and going to see the troops plus admiring [sic] to taking coke… F–king joke and if you get asked we should think of a cutting remark.”

"We need to remain dignified if asked"

“My honest advice to you is that we should not do anything that jeopardises it and remain positive... Why waste time on a cutting remark as that will only rile the committee? We need to remain dignified if asked but if you want me to work up something cutting I will work up one but my advice is it’s not productive.”

Beckham wrote back: “I agree but it's pissed me off those old unappreciative c–ts.“ The PR guru then emailed David Gardner, one of Beckham’s other close advisers, to reaffirm the knighthood campaign strategy for the following year.

“It just gives us even more reason to work further this year on UNICEF, armed forces, other charitable commitments, etc. Essential…” he concluded.

However, the following year, the scandal over the Ingenious scheme worsened. In July 2014 Ingenious Media wrote to its 1,300 investors, who also included fellow football stars Wayne Rooney, Steven Gerrard and Gary Lineker, and told them to prepare for tax demands totalling at least £520m in an HMRC crackdown.

Ingenious Media, which ran the scheme, warned they were likely to be asked to repay all the tax they saved, possibly with interest. The day after the story broke, Oliveira emailed Charles Bradbrook, Beckham’s accountant, to ask how the ex-footballer would be personally affected.

Bradbrook stated HMRC’s demands for repayment over the Ingenious scheme were “a nightmare” and complained the tax agency had “moved the goalposts dramatically”. Despite the bad news, Oliveira pressed ahead with his campaign to get his celebrity client knighted.

In August 2014, the TV historian Dan Snow emailed to ask whether Beckham would support the campaign opposing Scottish independence ahead of the upcoming referendum. Oliveira declared that "clearly the right thing is that we stay together due to our history and because we are stronger" and advised the star that his “I also think your support will play well with establishment and in turn help your knighthood.”

Beckham replied: “Ok let’s do it.” So Oliveira drafted a plea to the Scottish nation on Beckham’s behalf. It read:

“I took as much satisfaction in seeing Sir Chris Hoy or Andy Murray win gold as I did watching Jess Ennis and Mo Farah do the same in the Olympic Stadium. My sincere hope is that you will vote to renew our historic bond, which has been such a success over the centuries and the envy of the entire world. What unites us is much greater than what divides us. Let's stay together. David Beckham.”

Beckham expressed concern the message was “not too needy” or “not too oh please stay with us”, but after Oliveira reassured him the statement was released to the media. It did not contain any of Beckham’s words. But days before the New Years’ Honours List was announced, Beckham appeared to have discovered he had been passed over again.

The issue as to what he missed out seems to have been the Inland Revenue, who “place[d] a flag” on Beckham's nomination without giving any detail, Oliviera states after alleged discussions with figures connected to the committee.

“Many were disappointed but the inland revenue won. So we now have proof this was true and it happened. Disappointing as the situation wasn't properly explained by them just a flag. These are all things we need to bear in mind now. For example your co investors in Miami, how will that affect things like this[?]”

This was a reference to proposals that a Qatari government-controlled investment fund should invest in a football club Beckham was setting up in Miami. But the ex-footballer was in no mood to let the Honours Committee dictate his choice of investors. “Don't give a f–k anymore I'll decide who my investors are not these c–ts… They are f–king c–ts…” Beckham replied. “I pay taxes and always have done so they have no right to do this…. C–ts.”

Oliveira wrote: “Genuinely the problem is…that [HMRC] for the moment they are winning that battle of public opinion. 'People should be paying their way in this country and nasty Starbucks, Google and Gary Barlow profit from this country and give nothing back, blah blah.'

“At the moment I have done a decent job to keep your name away from it and to explain that Ingenious whilst benefitting from tax breaks invested in a number of successful films, companies etc but in the meantime the f–kers behind the scenes are putting pressure on people like you to settle, this Honours Committee thing a perfect example.” Beckham wrote: “The flag has no truth behind it as we didn't [do] nothing wrong everything is and was above board … C–ts.”

Unfortunately for Beckham, Ingenious continued to hit the headlines. In July 2015, it was announced that several investors had decided to sue the creators of the scheme because of the massive bills they now faced.

In August last year, HMRC claimed a “hands down” victory in a tax tribunal judgement over the scheme. But Beckham, apparently, has not given up on his dream. Last year, he was asked to the Premio AS del Deporte awards in Madrid, one of Spanish sport’s most renowned honours, to be given the sporting “legend” prize.

When Oliveira sent him the invite, Beckham replied: “Unless it’s a knighthood f–k off.”

Oliveira wistfully wrote: “Then we might need the ghost of Christmas future [as] the ghost of [Christmas] past hasn't worked.”

Beckham's representatives and Doyen Sports would not respond to questions raised by this article, but did respond to EIC Partners arguing this is 'stolen material', so did not comment on questions related to facts