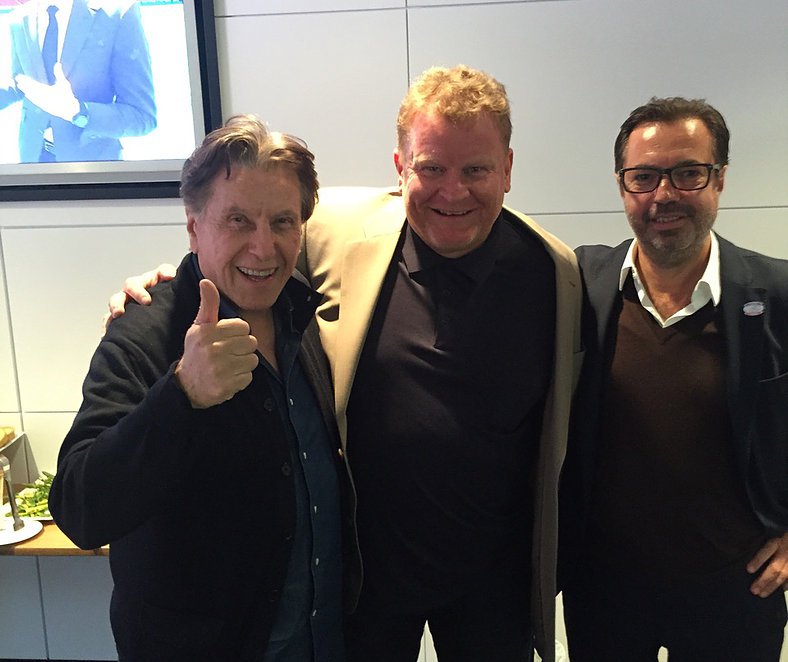 Spanish investigate football agent over €10 million worth of luxury villas in Mallorca, funded by club network of fictitious transfers

Spanish authorities have charged football agent Abdilgafar Fali Ramadani and his associates with money laundering and offences against the public purse, as part of an ongoing police operation, dubbed Lanigan.

The charges against Ramadani, police say, stem from reports published by The Black Sea and European Investigative Collaborations (EIC) network during the Football Leaks project of 2016, which revealed that the German-born Macedonian Ramadani and his football agency were orchestrating fictitious transfers via network of European clubs he secretly controlled.

The Ministry of the Interior stated in a press release that its operation continues to develop in the Balearic Islands, where Ramadani resides, and many other Spanish cities, like Barcelona, Madrid, Malaga, Seville and Valencia.

The investigation is being led by agents from Spain’s Central Operational Unit (UCO) of the Guardia Civil, the National Office for the Investigation of Fraud (ONIF) of the Tax Agency, and Europol, which have sent international letters rogatory to as-yet undisclosed countries, and made fifty requests for documentation from companies, football clubs, and law firms in relation to the probe.

The charges were announced only weeks after self-confessed Football Leaks source, Rui Pinto, appeared in court in Lisbon and was charged with various crimes related the disclosure of financial crimes and mismanagement in football and beyond. Pinto was also the source for the recent Luanda Leaks project of ICIJ, which exposed millions of euros in questionable payments Isabel dos Santos, daughter of the former Angolan leader, and the richest woman in Africa, made from the state oil company to her own companies.

Ramadani, one of football’s biggest agents, and has been involved in many high-profile transfers, among them Neymar to Paris Saint Germain, Luka Jovic to Real Madrid, and a good number of players from Eastern Europe to clubs such as Mallorca and Fiorentina.

The Spanish investigation focuses on the purchase, in 2017, of two luxury homes in the municipality of Calvià, near Palma de Mallorca. They were carried out, said the Ministry of the Interior, by “two players' agents linked to one of the representation agencies with the highest turnover in Europe.” The agents named are Fali Ramadani and his partner, Nikola Damjanac, a Serbian goalkeeper, who played for Partizan in Belgrade and Fluminense in Rio de Janeiro.

Their company, Lian Sports, based in Malta, is the third largest football agency in the world, according to Forbes magazine, behind the Stellar Group of Jonathan Barnett, Gareth Bale's agent, and Gestifute, the agency of Jorge Mendes, Cristiano Ronaldo's representative. The Black Sea also published reports, in 2018, about questionable deals of Mendes in Turkey.

Forbes estimates that Lian Sports has contracts worth $777 million and has earned $78 million in commissions. Both Ramadani and his wife, Heike Sabine Ramadani, and the Damjanac couple, are among those under investigation. As is a fifth person whose identity has not been disclosed.

EIC’s Spanish partner, infoLibre, learned that Fali Ramadani lives in one of the houses, while the other is the registered office of Majorca Aleksa Terza SL, a company dedicated to the “sale and purchase of real estate on its own behalf,” whose administrators were Nikola Damjanac and his wife Sanja. The company was created in December 2013 and liquidated in July 2018, according to the official company registry.

The Spanish UCO, however, believes that the real owner of the villa registered to Damjanac's limited company is Ramadani himself. They estimate that the value of the main property, where Ramadani resides, is about €7 million.

Agents carried out an “exhaustive follow-up” on the origin of the cash used by Ramadani and Damjanac to buy the two properties, and it is this arm of the investigation which led them to make allegations of their involvement in a “criminal organisation.” The Interior ministry stated that the details of Ramadani’s and his associates’ alleged financial fraud was known only because of documents disclosed by Football Leaks, in 2016, as part of investigations into Ramadani's questionable dealings with Cypriot club, Apollon Limassol, the Belgian Royal Excel Mouscron, and others from Serbia.

Back in December 2016, The Black Sea and EIC revealed that Apollon hired players who never actually played for the team, but which were instead immediately sold to other clubs for a hugely increased price. The Cypriot team operated as a “bridge club”, a practice sanctioned by UEFA. Football Leaks identified at least seven players from Serbia and Romania who passed through Apollon but never played for the team. One of them never even set foot on Cyprus. Another is Luka Jovic, currently with Real Madrid, who transferred from Apollon to Benfica in 2016.

The Spanish police claimed that Ramadani and his associates exerted control over several of clubs that provided the defendants with “great benefits for their enrichment,” but risked causing “great economic damage” to the clubs themselves. It also said that the tax evasion deprived various states of rightful revenue, and that the schemes with the clubs might constitute a criminal organisation, but the latter fell outside the scope of its investigations.

According to the Interior Ministry’s statement, Ramadani and Damjanac funnelled more than €10 million into Spain to buy the Calvià homes, as well as yachts, and “sustain a high standard of living”. The laundering operation was aided, they said, by a firm of tax advisors in Malta, where Fali Ramadani's agency, Lian Sports, has its tax domicile.

The investigation focus on a possible money laundering offence, based on a report by Sepblac, Spain's financial intelligence unit. In addition, the Macedonian agent is charged with a crime against the Spanish tax agency. The UCO considers that since he lives in Spain for more than half of the year, he is a Spanish resident and must pay taxes to the Spanish treasury; instead he pays a large part of his taxes in Cyprus, a territory with a much more lax taxation system.

The police raids took place last Tuesday, once Ramadani arrived in Spain. The players' agent is expected to testify before Judge Tardón at the Audiencia Nacional on Thursday. The judicial proceedings remain secret for the time being.

*Update: We originally stated that "The arrests were announced only weeks after self-confessed Football Leaks source, Rui Pinto, appeared in court in Lisbon and was charged with various crimes related the disclosure of financial crimes and mismanagement in football and beyond." The defendants were charged, not arrested. This was an error on our part.