Go visit the Black Sea! Your car is already there 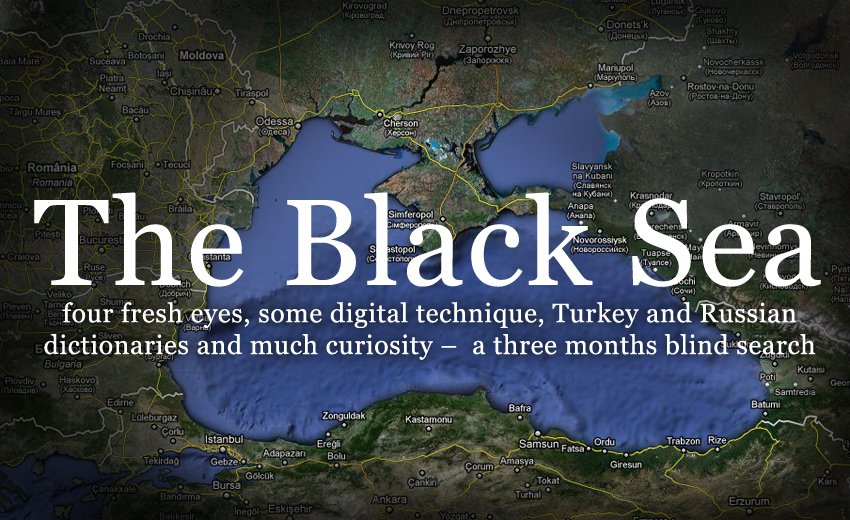 I’ve heard this joke in various Western countries, repeated in the same way, referring to each and every country in the East. This is just the beginning. In Romania you need to avoid stray dogs. They have rabies and attack people’s neck (and in Harghita, you may die of starvation if you don’t know Hungarian!) In Bulgaria, there are criminals disguised as policemen everywhere you go. And your car is going to be stolen anyway. Turks don’t wash themselves, they are such stinking people! Stay away from Georgia, Armenia and Azerbaijan – there is war in there! In the Caucasian Republics there are only Mujahideens and KGB agents, who slaughter each other. I didn’t hear anything about Crimea, and Odessa is the headquarter of the Russian mafia. In Transdniester, it looks like there are no normal people – even the weather is always gloomy. About Moldavians, what’s left to be said, Russians are not at fault, you know! I heard some mafiosi place themselves in the middle of the road, play dead and when you try to help them, they put their pistol next to your temple and rob you.

Not only the foreigners in the region use such clichés. 6 tears ago, my car caught fire on the road that connects Urziceni and Buzău, a perfectly flat, extremely circulated road in middle of the field. I stopped on the right side of the road, I didn’t have an extinguisher. From underneath the hood, flames and a gross smoke came forth. The only car that stopped was a Ukrainian van: a whole family of Ukrainians. They moved really fast and stopped the fire in just one minute, with their drinking water. The Romanians must have thought I was a much too evident trap. And the Ukrainians were probably KGB agents.

We are afraid of each other. And we are extremely afraid of foreigners, even if they live few kilometers beyond the boundary.

I’ve made various long term trips for journalistic purposes close to and far away from the country. Before the trip, warnings used to flow. If we had taken them for granted, we wouldn’t have spent not even one day of research along the border with Moldova and Ukraine. Not even two weeks in Transnistria or three months in India, Bolivia or Kenya, neither any other short of incursions to exotic places.

We will travel around the Black Sea and we discover we are not alone. Some French journalists are making the same tour on water, on a boat. A Basque journalist is a restless photographer in the Caucasian Republics. Someone organizes a car race around the sea. These are personal projects. Unfortunately, the main feature of the media within the region is provincialism –so, the press doesn’t invest in such things. The reports about this area are made by Western journalists. The local ones are sent, on the same expense, to trample each other for two days, together with some other hundreds of journalists, when a Haiti earthquake takes place. This happens when international topics find their way by force into the news, bursting in upon the Senior Editors.

When they don’t perpetuate clichés, the foreign journalist’s approach has amazing results. Maybe also because he has a fresh eye and is not blasé. A British journalist wrote a book about this region that continues to be complete and up to date even after 20 years. We are trying to have a similar approach: four fresh eyes, some digital technique, Turkish and Russian dictionaries and much curiosity – in a feat of strength of three months. We want to find out about the mixture of peoples and about diversity and we have the advantage of belonging here. It will be an exciting blind search.

Throughout the whole region, civilization is a concept that begins from the West side of each interviewed person. Eastwards, the barbarians are always swarming. And any of us is regarded as a barbarian when traveling in the West. We, the people around the Black Sea, are isolated peoples, a mixture of totalitarian regimes and young democracies. Some of them are still involved into continuous conflicts, suffocated by pessimism or by an overflowing optimism. We shall take a bath of civilization and barbarism, at the very source.

From here on, you will read and watch a blog about a journalistic trip.