“I forgave everything for this idea - of having a family,” victims of domestic violence speak out

When bearing children, fighting cancer and during a divorce, Eleonora continued to be beaten by her husband 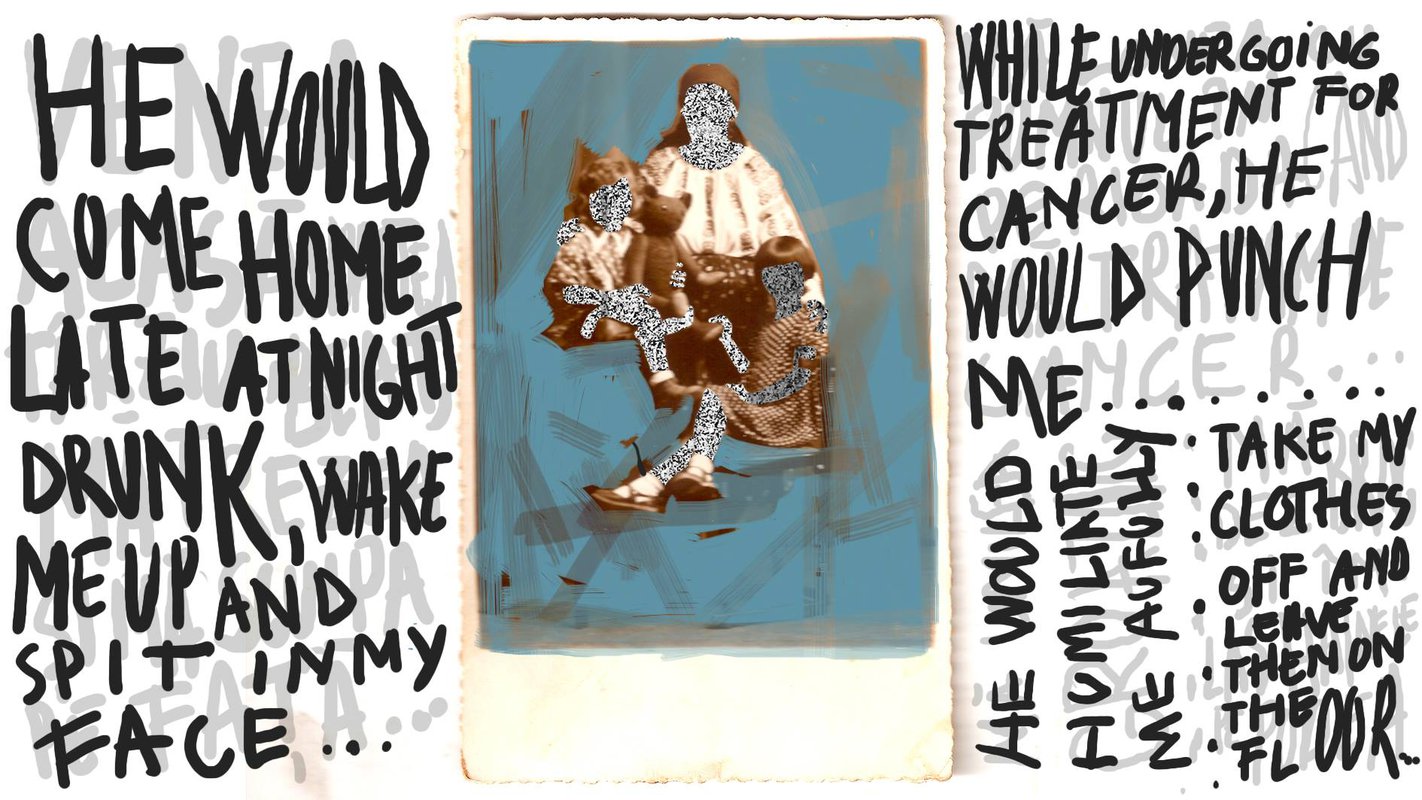 "He comes home at night, wakes you up, he starts a fight, he humiliates you, he calls you all possible names, he pulls your hair, as a woman he negates you, and then he comes and says - caress me, how come you don’t touch me? Why don’t you kiss me?

“Think about it, would you say yes? Would you want him at that moment? You just lie there - because that is a woman’s duty – to do whatever your husband wants."

51-year old Eleonora fell in love 26 years ago with a veterinary surgeon.

She believed she was about to embark on a fulfilling marriage.

“I was surrounded by happiness,” she says. “I wanted to make things work, I forgave and I forgot everything for this idea - of having a family.”

But the first problems emerged on her honeymoon.

One day in the hotel room with her new husband, she was thirsty and wanted to have a glass of something refreshing - such as an orange squash.

But her husband told her:

“You can’t drink when you want to, but only when I say so.”

Two months after getting married, he kicked his 27-year old wife on the backside.

She laughs about this almost comical act of violence. But soon her expression changes again.

“He would come home late at night, drunk, wake me up and spit in my face.”

Once he punched her in the left eye, Eleonora applied concealer to her bruises. When colleagues at work asked what happened to her, she said that she hit herself against a shelf.

But soon she stopped disguising her injuries. As a form of protest, she would tell everyone at work that she was beaten by her husband.

She told him how she had informed all her colleagues - and his reply to her:

“No problem, from now on I’ll know where to hit you, so that it won’t be visible on your face.”

He began to beat her on her liver, her back and her breasts.

“He would hide pencils”

These acts of violence were not always physical.

A graduate in chemistry from Cluj’s Babes-Bolyai university, and a chemical engineer by profession, Eleonora was always criticized by her husband for not knowing how to write.

Therefore he did not allow her to have access to any pencils or pens in the house.

She wanted to give him a letter telling to him, detailing what angered her about their marriage.

But the only writing implement she could find was a red pencil that her son used for drawing.

Therefore she wrote the letter in red.

He took the letter and corrected the grammar mistakes in blue, telling her he wanted to make these in red, but could not do so, because she had already written in this color.

Ignoring any of the emotions revealed or opinions conveyed by his wife, he told her that she cannot properly express her ideas.

A letter “written in red”, he said, cannot even be considered a proper letter.

“In my house everything was perfectly put together,” she says. “In the wardrobe clothes were perfectly aligned. Before I would go to sleep, I would clean the whole house. I would polish the floor in the whole house. If there was a clean plate on the sink, not put away in the cupboard, he would wake me up.

“For that he would spit on me. If he spotted some dirt on the floor, he would wake me up. To prevent all this from happening everything would be perfectly clean.”

“I would try not to stay in his way, not to ask him anything, When he came home, I was pretending to be asleep so that he could not reach me. For 15 years I shut up in front of him.”

For decades, Eleonora’s husband beat her, strangled her and pulled her hair. The violence intensified once her husband started having affairs.

“Imagine what it is like when you get to a moment when you just don’t care anymore about what your husband is doing,” she says. “Your only hope for him to come home and go to sleep, so that he will leave you alone. I even knew his mistresses. They used to call him. I spoke to them on the phone. Was there a problem? I talked to them, so there was no problem. So I wonder, where was the love?”

“While undergoing treatment for cancer, he would punch me”

In 2002, aged 40, Eleonora found out that she had breast cancer. Around that time that on TV, the chat shows were starting to discuss domestic violence.

“Everyone knew that when you’re beaten and end up in Accident and Emergency, or when you’re cut with a knife, that is domestic violence - but it didn’t seem serious to me that he was hitting me and that I meant nothing to myself. It was only when I started to hear people talking on TV about domestic violence, that I realized what I was going through.”

As Eleonora was undergoing treatment for cancer, her husband would still punch her in the back, spit at her and pull her hair.

During her two-year long cancer fight, Eleonora lost a breast. Her husband told her she was now ugly.

Due to complications, she also needed a hysterectomy.

Her husband told her, that she’s finished - that she won’t feel anything anymore when they have sex.

He said he knew this was the case, due to his veterinary experience, he argued, of “operating on female dogs”.

“We slept in the same bed after the divorce”

Since the surgery a decade ago, only in 2012 did Eleonora dare to look at her naked body in the mirror once more.

Eventually she went to the police and filed for a divorce. At that the point there was no restraining order to legally define a distance between the couple. Instead they remained living together - often staying in the same bed. This continued after the divorce.

“Until I got the divorce papers, he told me it was my obligation as a wife to have sexual intercourse with him, even if I wanted or not, even if I was humiliated or not.

"After we got the divorce, if I didn’t want to have sexual intercourse with him, he would make a scandal and wake up the whole house, my parents, my children, no matter the hour, so I still had to.”

Eleonora’s husband told her that she’s a person with faith, so she should know that God does not accept separation and that - even though they have divorce papers - she’s still his wife in the eyes of God, so she has to act accordingly - by having sex with him.

During the time he forced her to have sex, he beat her.

“He would humiliate me awfully, and afterwards he would take me, turn me so as to face him and caress me. Of course my soul was screaming, 'God where are you?'”

Eventually Eleonora managed to evict him from the house.

“When I knew he had left forever and was not coming back, I stripped naked and threw my clothes on the floor. I was happy that I could leave them there. I woke up during the night, I turned on the lights to see - is it true? Are my clothes still there? Do you know what a tremendous happiness it is to know that your clothes are on the floor? I woke up in the morning and saw my clothes were still there.

“I still do this - take off my clothes and leave them on the floor for a while - to feel liberated.”