At the entrance to the Republic of Moldova's second-largest city Balti, huge Soviet mosaics celebrate a paradise for the proletariat and peasants 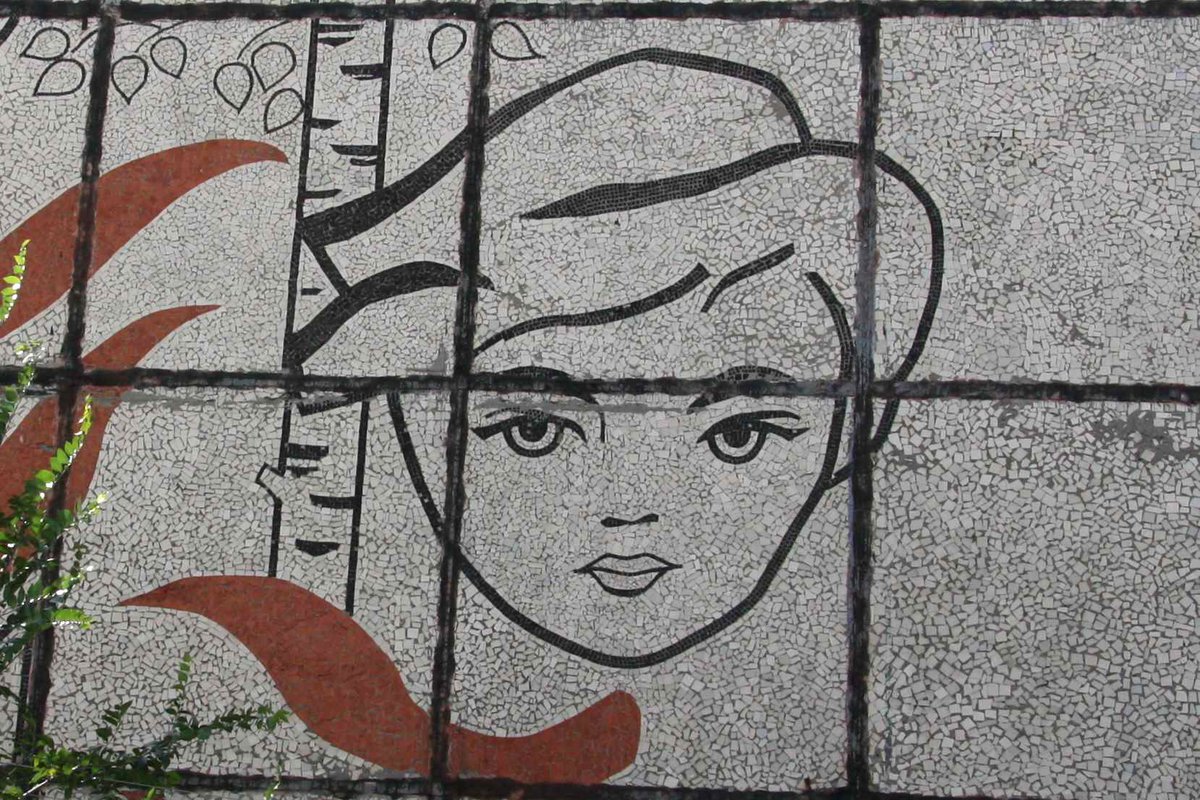 Giant mosaics decorate residential blocks constructed in the Soviet era in the industrial city of Balti in north Moldova.

These images combine traditional folklore with Socialist realism to promote hope in an industrial future embedded in the myths of the past.

Above is a portrait of a Soviet pioneer with a red scarf from the Communist youth movement - next to the silver birch, a sacred symbol of Russia. 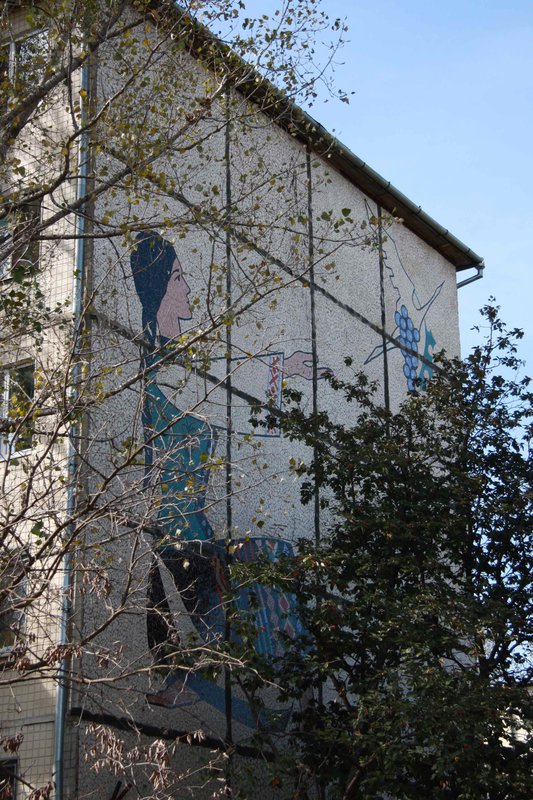 Hidden behind trees is this woman in traditional dress dispatching a stork carrying grapes.

This refers to a myth from the 15th Century, during diminutive Moldovan leader Stefan cel Mare's war against the Turks.

After a long battle with the Ottoman hoards, the Moldovan army was exhausted of food and supplies.

Nevertheless, the wives and mothers of the servicemen placed bunches of grapes in the beaks of storks, who flew them to soldiers at the front.

The grapes gave the men the energy and spirit to beat the Ottomans back from their land.

This legend is sublime propaganda, as it unites the myth of Moldovan ingenuity with national symbols, such as the grapes - which nourish the country's wine industry - and the stork - a ubiquitous visitor to the country's electricity poles and chimney pots. 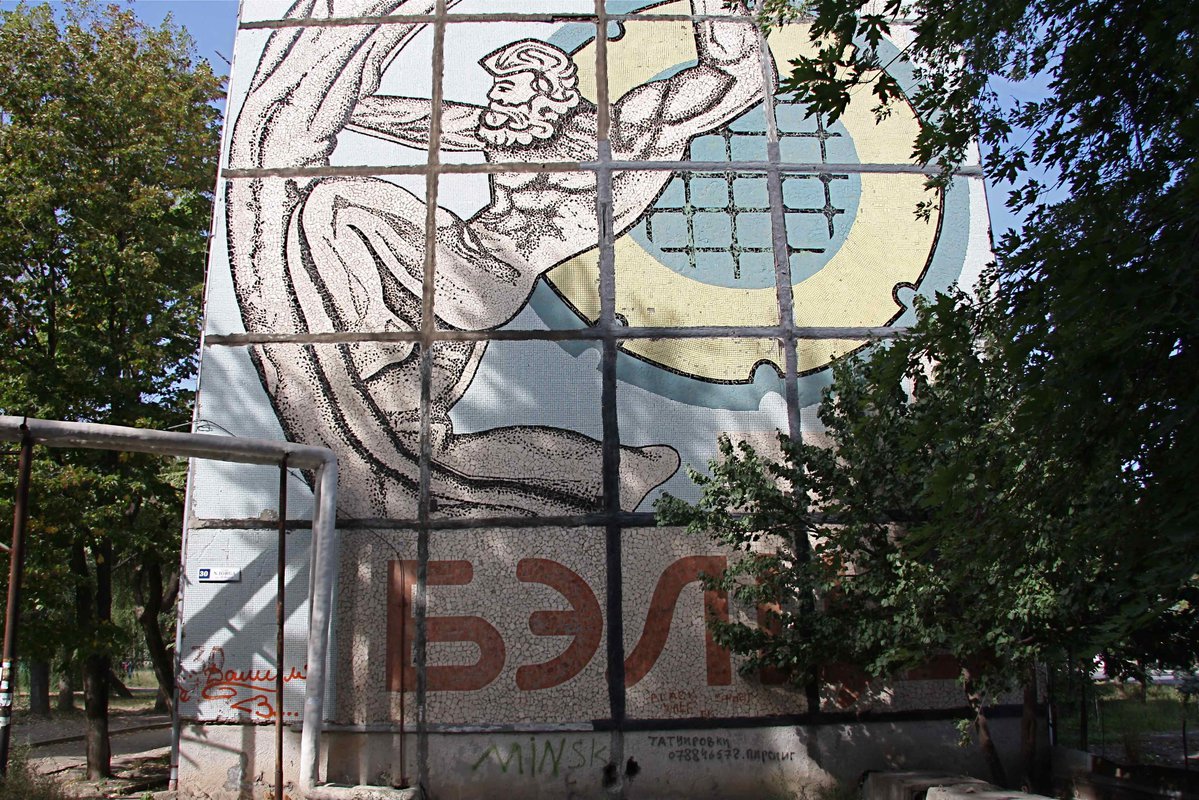 Celebrating Balti's industrial future, this mosaic greets travellers from the Chisinau exit, with the name of the town rendered in the now near-obsolete language of Moldovan cyrillic. 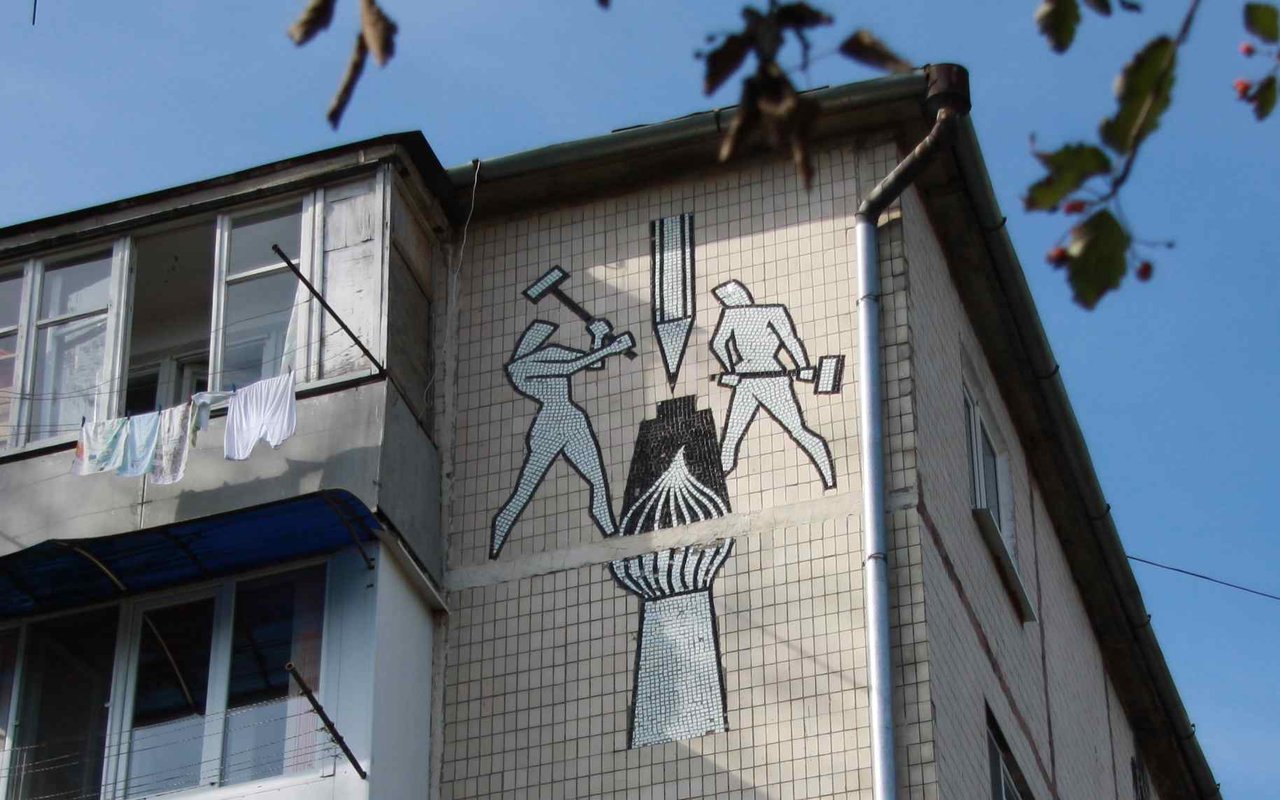 The faceless proletariat at work on metal and fire show no discrimination between man and tool.

Balti is majority-Russian speaking, and during Communism was a centre for the production of irons, telephones and sonar equipment for Soviet military submarines.

Since the fall of Communism it remained a centre for agricultural processing, but the population fell as workers fled to Russia and Ukraine for jobs.

However now Balti's industrial past is seeing a renaissance as the city becomes a hub for manufacturing car parts for Germany. 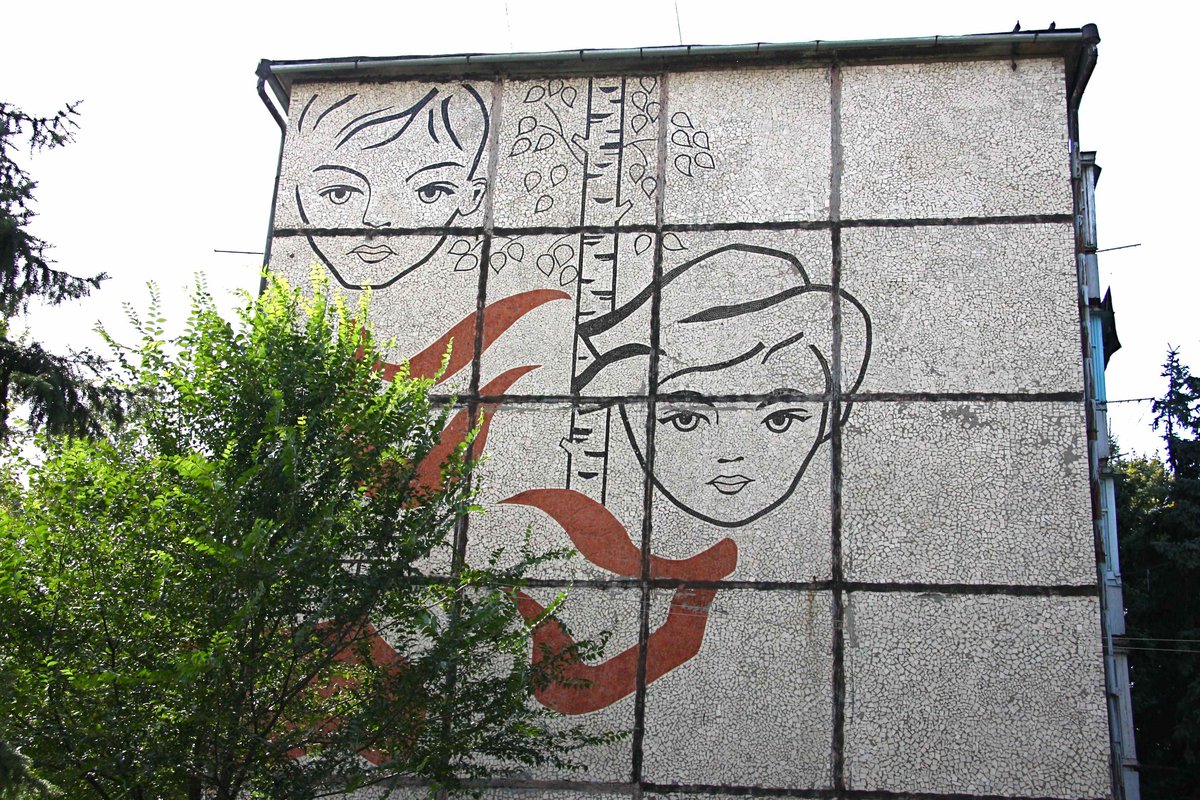 Decades on from their construction, the elegant lines of these portraits off-set by the brutalist tower blocks reveal a deepening contrast between the marketing strategy for a Socialist utopia and the reality of living in an apartment which is falling to pieces.

With thanks to Elena Gutanu and Oxana Greadcenco of www.moldova.org for invaluable help with this short piece.

This article is supported by 'Fortification of the independence of online mass-media in the Republic of Moldova through the transfter of Know-how from the EU' - with support from the 'European Partnership for Democracy' and financial resources from the 'National Fund for Democracy' (NED).