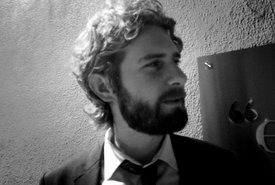 Matt Pascarella is a US journalist with more than fifteen years' experience investigating and producing award-winning, law-changing reports, documentaries, and books.

Matt’s research led to the first mainstream coverage of “vulture funds,” and the corruption of debt relief in Africa’s poorest countries; widespread voter suppression and voter disenfranchisement targeting African Americans in the US; the Bush Administration’s secret pre-invasion plans for the oil fields of Iraq; the US involvement in the attempted coup d’etat against Hugo Chavez; the secretive structural adjustment policies used by the IMF and World Bank to control the economies of countries throughout Central and South America; and the hidden story of BP’s Deepwater Horizon blow-out.

These stories appeared on the likes of the BBC, Channel 4, ARTE, Al Jazeera, Pacifica Radio and in the pages of The Guardian, Harper’s, The Progressive, Monocle, Rolling Stone and others. His documentary films have been featured at film festivals, in the 2006 Whitney Biennial, and part of a major 2020 exhibition about the U.S. invasion of Iraq at the Museum of Modern Art’s PS1.

His work investigating the aftermath of Hurricane Katrina was highlighted by the Columbia Journalism Review and is documented in books such as The End of America, Armed Madhouse, and Terrorism and the Press.

In the early 2000s, Matt created one of the first crowd-funded non-profits dedicated to funding investigative journalism projects. He also researched, edited and directed the grassroots tours for two NY Times bestselling books, and he produced chart-topping audio books and spoken word albums.

Matt was instrumental in launching and running TAR magazine, a critically-acclaimed, biannual publication printed in Verona and featuring some of the greatest thinkers, activists, and artists of the day.

He directed Video the Vote, a national network of citizen journalists documenting irregularities at their polling places on election day, and he helped bring Demotix, a start-up international citizen journalism photo agency, into the US.

Matt helped launch the Rebuild the Dream campaign, which worked to crowd-source solutions to the global economic crisis, and he coordinated the curriculum development and production teams for the 99% Spring, which helped train nearly 100,000 people across the US in the history and practices of non-violent civil disobedience. Matt also shot and produced award-winning political ads for Art Not War and MoveOn.org.

These start-ups, projects, and campaigns have been featured on CNN, PBS, MSNBC, NPR, and in the NY Times, The New Yorker, Time, Forbes, Publisher’s Weekly, Business Insider, VentureBeat, and many others.

In addition to his extensive work as a journalist and consultant, Matt developed significant academic research in the field of Global Media and Communication at The London School of Economics and Political Science, and at the Annenberg School for Journalism and Communication at the University of Southern California. This work has earned grants, has been presented at numerous conferences, forums, and workshops, and is published in recent academic anthologies including The Media World of ISIS.

Matt has spent significant time throughout Europe, Mexico, Costa Rica, and Cuba. He has lived in New York and London and is now based in Los Angeles.