Set up to prosecute warlords and dictators, perpetrators of genocide, crimes against humanity and war crimes, the International Criminal Court (ICC) has been undermined by its former prosecutor, Luis Moreno Ocampo, allege #CourtSecrets, new leaks from European Investigative Collaborations (EIC).

Ocampo works with a massive network of businessmen, stars, journalists, professors, lobbyists and foundations, taking their advice and risking the confidentiality of the ICC’s investigations, the leaks claim in further revelations to be exposed in the next week.

This network benefits Ocampo’s career, public profile and bank balance, but at the expense of the workings of the court, which after 15 years of existence, is still to achieve major results.

What is the leak?

What is the Court?

The International Criminal Court (ICC) is an international organisation empowered to investigate and try individuals charged with genocide, war crimes and crimes against humanity.

Based in The Hague, Netherlands, it has 800 staff members and an annual budget of 140 million USD, financed by its 124 national members, based on how much they can afford to pay.

Who is Luis Moreno Ocampo?

Ocampo is a 65 year-old lawyer from Argentina. He made his name prosecuting ex-members of the country’s brutal military junta, before becoming the first Prosecutor of the International Criminal Court (ICC) in 2003, an office he ran for nine years.

While in office, his three key targets for prosecution were Ugandan guerilla leader Joseph Kony, Sudanese President Omar Al-Bashir, both for genocide, and Libya’s Muammar Gaddafi, for crimes against humanity. Gaddafi was killed by his own people in 2011, following a bloody civil war. Kony, known for his brutality and use of child soldiers, remains at large. Al-Bashir is still in power, after years of destructive conflict in Sudan.

Since leaving this job, Ocampo has been making lots of money.

He has worked as a counsel for NYC-based law firm Getnick & Getnick, a lecturer at Harvard, and set-up Moreno Ocampo, a consultancy agency with his brother that develops “tailored strategies to manage complex conflicts with transnational dimensions”. 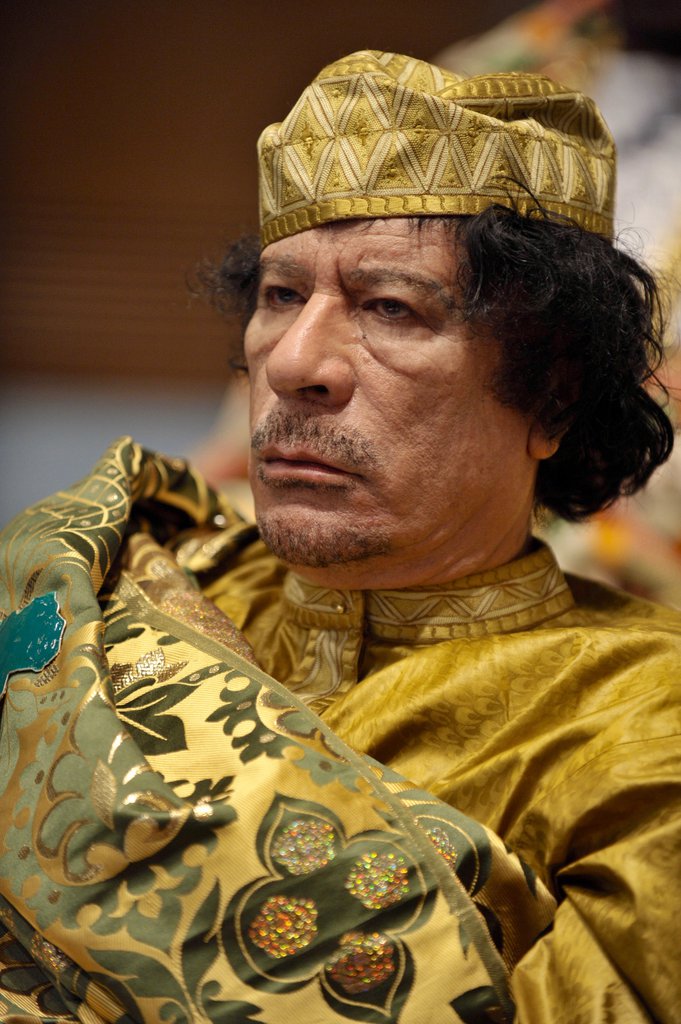 Ocampo Target #1 Gaddafi: Killed by his own people

What did he do that was wrong?

The Prosecutor must be a person “of high moral character” says the Court’s Statute, but EIC documents reveal that while he was in office, Ocampo held offshore bank accounts and companies in tax havens, opening the door to suspicions about his morality and the Court's integrity.

Documents also reveal that after leaving his eminent position, the Argentinean lawyer acted against the ICC's purpose by defending those seen as potential targets of the Court in Libya, disregarding conflicts of interest and the confidentiality of investigations.

Go into more depth: what happened in Libya?

Following the death of Muammar Gaddafi in 2011, Libya struggled to establish a stable government and in 2014 fell into another civil war. The ‘Islamist’ Libya Dawn militia alliance seized the capital Tripoli, and most of the country's northwest.

The elected Government remains in exile in the east city of Tobruk, defended by the Libyan National Army (LNA) and backed by Russia, Egypt and the UAE.

In 2015, billionaire Libyan oil magnate and TV media owner Hassan Tatanaki hires Ocampo on a three-year contract worth a million dollars a year, plus a daily wage of 5,000 dollars. The job? To help him promote his ‘Justice First’ initiative, designed to bring “peace to Libya”.

Tatanaki has some powerful allies. He has called General Khalifa Haftar, head of the Libyan National Army, a “partner”.

That month, on one of Tatanaki’s television stations, a commander in the Libyan National Air Force states he will kill anyone who does not join his military offensive. He adds that: those people are traitors who have to be slaughtered, and their wives must be raped before their eyes. Ocampo finds out this information from an international cooperation adviser at the ICC.

Meanwhile, Ocampo reaps the rewards of his million-dollar a year contract to advise a client, Tatanaki, who was publicly and privately supported a militia accused of war crimes and incitement to war crimes - members of which risk indictment by the International Criminal Court.

At the stage, Ocampo does not denounce Tatanaki, nor does he terminate the contract in protest. Instead, he decides to protect his client against ICC prosecution, imply the leaked emails.

Ocampo sends an email to Tatanaki's assistant on the issue of the senior soldier's incendiary statements: “The Commander should not say that. We should discuss how to prevent that… the channel should not promote that… We need now a strategy to isolate [Ocampo's client] Hassan [Tatanaki].”

In the next few days Ocampo and Tatanaki’s assistant work out measures that should secure the legal positions of the military leaders, and especially Tatanaki. Later he writes to Tatanaki’s assistant again: “I would suggest to develop a comprehensive plan to ensure that Hassan and the forces he is supporting are not the target of ICC prosecutions.”

Ocampo slowly realises that Tatanaki wants peace only if it means that he and General Haftar are the ones to enforce it.

“Hassan is too much to one side and I don’t think he will be able to go up and have a more inclusive approach. That makes me very uncomfortable,” he writes to an American acquaintance who advises him in the work for his Libyan client.

“He has a lot of enemies and [their number is] growing. The problem is that is his policy.”

Still, this is not enough to say goodbye to his paymaster.

On social media in recent years, videos appeared showing Haftar’s troops executing suspected terrorists. Last month, the ICC, upon Bensouda’s request, issued an arrest warrant for one of Haftar’s commanders, Mahmoud al-Werfall, who is being sought for multiple murders in 2016 and 2017.

How does Ocampo respond to his actions?

When interviewed by EIC partner Der Spiegel this week, Luis Moreno Ocampo says he thought working with Hassan Tatanaki was a good idea.

“He told me he was trying to fix Libya,” he said. “What he was proposing to me was absolutely not just legal, it was positive.”

Ocampo says he warned his client against cooperating with General Haftar.

“It is obvious that General Haftar and his people also commit crimes… I told Mr Tatanaki ‘Look, Mr. Tatanaki, the problem here is every side commits crimes. My biggest advice to you is: be careful not to be involved in financing any crimes. If you give money to Mr. Haftar and you know what he had been doing, you can be indicted.”

About Mr Tatanaki’s plan to search for evidence of war crimes in Libya he says he told his client: “Look, ICC would not prosecute just your enemies. ICC would prosecute anyone, including your general. So, be careful or control your general.”

When asked if Ocampo knew about prosecutor Bensouda’s interest in Mr Tatanaki, and whether he protected his client against ICC investigation, Ocampo says: “No. You are assuming many things. I never was in touch with someone at the ICC.”

Ocampo confirms he worked for Tatanaki on a three-year contract, but the cooperation ended after three months, and he cashed in only 750,000 USD.

Hassan Tatanaki has not responded to questions from EIC. 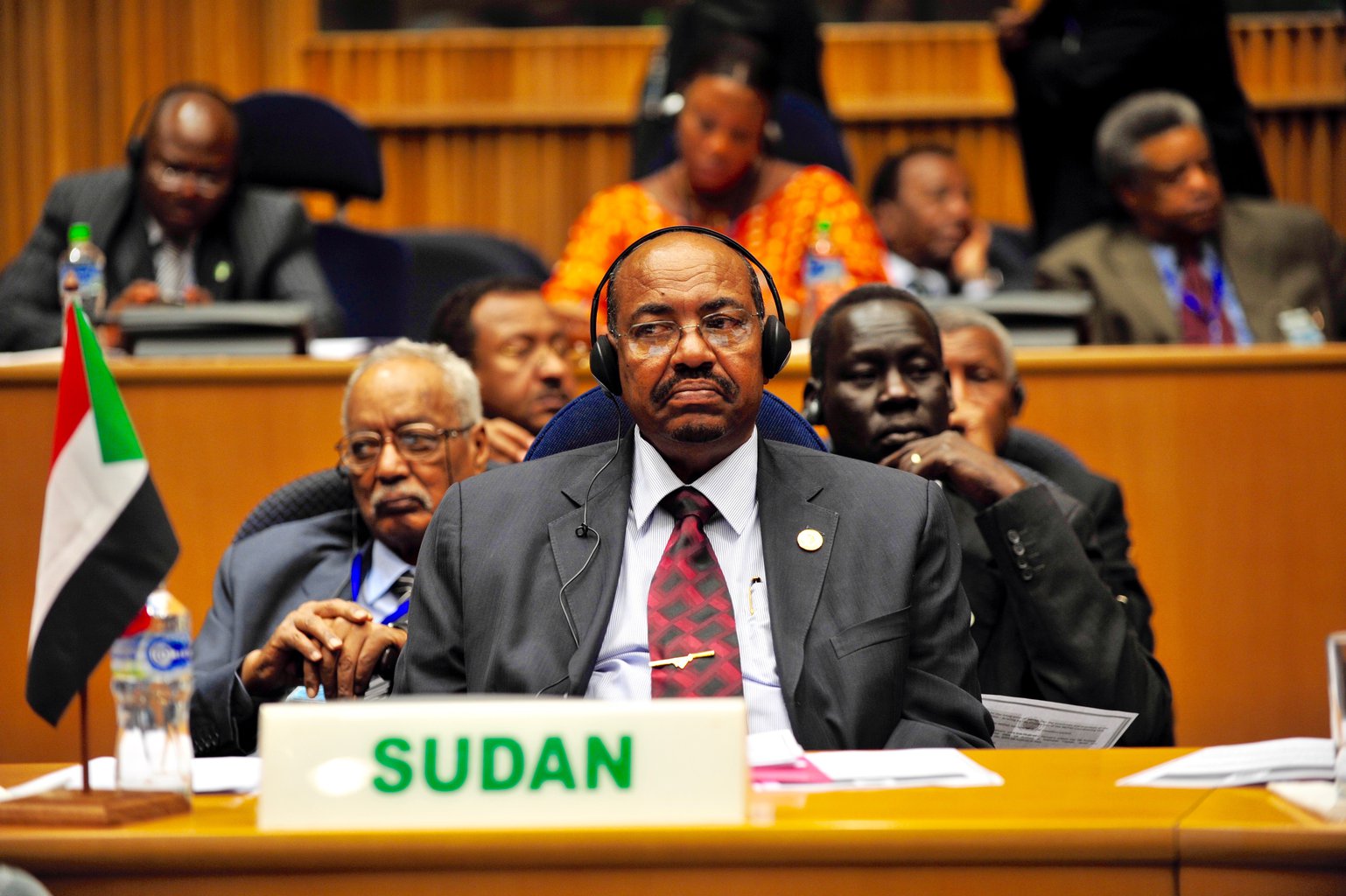 Go into more depth: what happened with the offshore companies?

15 August 2012. Two months after Luis Moreno Ocampo left his job at the ICC, 50,000 USD is transferred to his account at the Dutch bank Abn Amro. The money comes from an account in Switzerland. The sender is Tain Bay Corporation, which continues to make cash flows to Ocampo through this route.

Tain Bay Corporation is registered in Panama, an offshore haven, where the beneficial owners of firms are secret, and authorities are loathe to exchange info on financial disbursements from other countries.

New documents reveal, however, that behind Tain Bay was Ocampo himself, and his wife.

Further documents show Ocampo has another offshore firm - Yemana Trading - in the tax haven of the British Virgin Islands (BVI), and that his wife is behind Lucia Enterprises in Belize, another tax haven.

In 2009, when secrecy regulations on owners of companies in the BVI were due to be loosened on 1 January 2010, Ocampo talks to his personal banker at Crédit Agricole to shift his offshore business before the end of the year to a more confidential location, and he looks to Panama. This happened while he was still in the ICC job.

The chief prosecutor shall be a person of “high moral character”, says the statutes of the International Criminal Court. To avoid being vulnerable, the investigators must be squeaky clean. And Ocampo built up a reputation as an anti-corruption expert, as a prosecutor in Argentina, and as Latin American president of NGO Transparency International, a non-Government organisation dedicated to fighting financial secrecy and off-shore tax havens.

One of his latest known firms is Transparent Markets in Uruguay, which owns Moreno Ocampo Consulting. Transparent Markets encourages whistleblowers to expose fraudulent financial activity against the United States. Its website states: “If you know about fraud occurring outside of the US by a company listed on a US stock exchange, or by a company that sells products to, obtains funds from, or pays taxes to, the US, WE CAN HELP.” However Uruguay itself is considered an offshore haven in South America.

How does Ocampo respond to his actions?

The former Prosecutor stated that in Argentina, a person’s bank account is not secure from interference, which is why some clients may want to get their money out of the country.

“You can have offshore companies for legal and illegal reasons,” he said. “You can be a corrupt person to take money or bribes. Also, you can be an honest lawyer having money outside.”

He denied evading any taxes.

The ICC never asked him about his offshore situation, said Ocampo. And when EIC asked the ICC whether Ocampo was a shareholder in any company registered in the British Virgin Islands, Panama or any other country perceived as a tax haven, a spokesperson told us: “Any question of that type should be addressed to Mr Ocampo himself.”

Has the ICC achieved anything?

So far, 25 cases have been brought before the Court, of which five are currently at the trial stage and one in appeal, resulting in nine convictions. The bulk of the countries probed by the ICC are African, giving rise to allegations by critics of western bias. The court’s first successful prosecution was in 2012, just after Ocampo’s departure - a 14-year sentence for Thomas Lubanga, who ran an army of child soldiers in Congo.

Will there be more revelations about Ocampo and his dealings?

Angelina Jolie, George Clooney and the World Fixer Psychosis: How celebrities and billionaires interfere in the pursuit of global justice, is here.

The Kenya U-Turn: How former prosecutor Ocampo played behind the scenes in the failure to bring justice to thousands who died in Kenyan political violence, is here.

The Yezidi Lobby Scandal: Lies, conflicts of interest, a false identity and interference with the International Criminal Court: how the lobby for a persecuted Iraqi minority turned into a fiasco, is here.