In 2014, Gucci was the grand diva of the luxury goods market. Nearly a century old, the Florentine brand was respected and distinguished, but lacked a vision to seduce millennials hungry for haute couture.

So Kering, Gucci’s French owner, promoted the Italian boss of its leather accessories specialist Bottega Veneta, Marco Bizzarri, to spearhead a new Gucci appealing to members of the Snapchat generation who had loads of cash.

Since taking up the job in early 2015, Bizzarri is credited with redefining an Italian classic, such as ending price-slashing on new collections, creating gender neutral items, adding a touch of geek chic, and banning the use of fur.

But his major stroke of genius was to appoint eccentric designer Alessandro Michele as creative director, and then give him the freedom to do what he wanted with the brand - no questions asked.

And this risk paid off.

Sales for Kering’s top brand have boomed ever since Bizzarri’s appointment, and last year France awarded the 55-year-old Italian with the Legion of Honour.

But this talent comes at a cost.

At the end of 2014, the businessman negotiated with his bosses for a net salary of eight million Euro a year to lead Gucci.

During the first years of this new job, Bizzarri paid just 13 per cent income tax, compared to a 45 per cent rate for high earners in Italy.

That could mean a massive tax saving of around 3.2 million Euro per year.

The Italian brand managed this feat of accounting wizardry by paying Bizzarri through a company in Luxembourg and a residence in Switzerland.

The scheme was in the interests of Kering. The company paid just 0.36 per cent in social security contributions on Bizzarri’s 9.5 million gross salary at Gucci – a small amount of 34,000 Euro. From this only 0.2 per cent was paid in Italy, a tiny figure of 19,000 Euro.

This means that while Italy’s premier brand cashes in on selling its snakeskin mini-bags and leather portfolios, the public purse in Milan is left wanting.

To establish such a structure, Bizzarri’s tax set-up was personally validated by Kering’s majority shareholder François-Henri Pinault, the seventh richest man in France, and owner of a family fortune worth 19 billion Euro.

The Italian cops have wised up to Gucci. Last November, the country’s financial police searched the Gucci offices in Milan and Florence over a three-day period. The suspicion: tax evasion on a monstrous scale.

Gucci is suspected of shifting a total of 1.3 billion Euro past the Italian treasury. This includes a scheme where its Italian-made products are sold from Switzerland, allowing the brand to concentrate its profits in the tax-friendly mountainous state, thus avoiding paying Italian tax, allege investigators.

As news of the raid leaked, Gucci confirmed the ongoing proceedings with a standard reaction. The company trusted that it had done nothing wrong, and was fully cooperating with investigators.

This lax attitude to tax seems to spread from the warehouse to the boardroom. Marco Bizzarri has officially not been living for seven years in Italy, where he earned his millions, but in the Swiss canton of Ticino. The reason? Possibly its financial advantages? 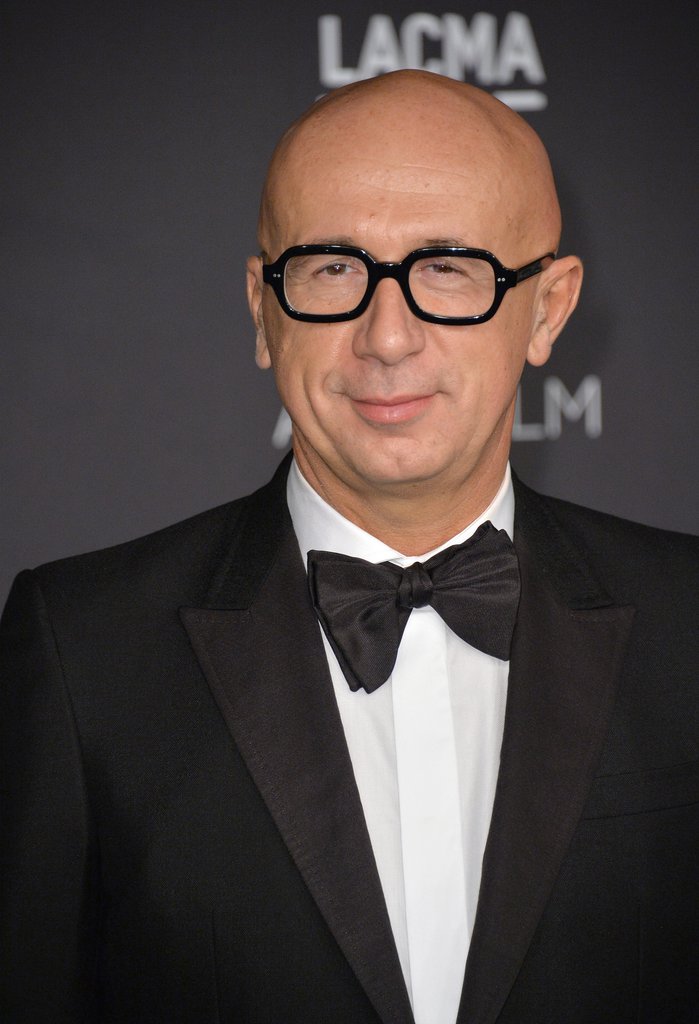 Marco Bizzarri’s high-risk leadership saw a radical turnaround for Gucci, but his tax affairs moved through Luxembourg and Switzerland - two countries that are neither the home of the brand - Italy, or its parent company - France

In Ticino, on Lake Lugano, is a village called Vico Morcote. Outside an apartment block with a picturesque vista is a bell and a sign with Marco Bizzarri’s name.

This does not seem to be a busy abode. More than 30 letters are stacked in Bizzarri’s mailbox, and the blinds in front of the windows are down, giving the residence the feel of an offseason holiday flat.

To enjoy Switzerland’s favourable tax regime, no minimum presence in the country is required, and Bizzarri can take in the lake and mountain views during sunny weekends, or on holidays.

Meanwhile the Swiss taxman considers that foreign revenues have already been taxed abroad. Therefore the taxable income is called a ‘forfeit’ which reflects what the resident spends in the country. For Bizzarri, this spending amounted to just 500,000 Swiss Francs, on which he paid 146,000 Euro in income tax.

Such a set-up may not satisfy the Italian authorities. They calculate that if an individual lives in Italy for more than 183 days a year, that person must pay their taxes in Italy.

This is hard for a hands-on manager like Bizzarri, who leads a multi-billion brand in Milan, 81 km south of Vico Morcote. The commute is around 90 minutes. There are traffic jams all along the route.

Bizzarri also has a more convenient home in Milan. In 2009, his employers procured him an apartment in the centre of Italy’s financial capital - but very discreetly. On 23 July 2009, an Italian company called BV Servizi, represented by its chairman Marco Bizzarri, signed a four-year contract for a luxury penthouse apartment in Piazza Diaz, central Milan, not far from the Duomo.

The annual cost was 88,500 Euro for the rent, plus 30,000 Euro in expenses, such as cleaning and security. It is hard to live in a better location in Milan. The ‘BV’ in BV Servizi stood for Bottega Veneta, Kering’s luxury bag brand, where Bizzarri was working at the time.

The contract stated that the apartment could not be used as an office, and only as a living space. The real purpose was to provide an apartment for Bizzarri in Milan, indicate later emails. In one of the messages, the suite is referred to as ‘Bizzarro House Milan’. Later in 2015, in a discussion concerning whether Gucci should take over the lease from Bottega Veneta, Bizzarri joked in an email: “Just do not let me end up under a bridge.”

On the mailbox in Milan today the name listed is Stefano Bizzarri, the son of Marco, who studies in Milan and, it appears, shacks up with Dad.

But Marco doesn’t pay the bills. Everything is in the name of the company - BV Servizi. There is nothing to break the illusion that Bizzarri lives in Switzerland.

When Kering hired Bizzarri to rescue Gucci at the end of 2014, he knew he was a high value asset - and the top management was ready to offer him big bucks.

Francois-Henri Pinault, the French majority shareholder and CEO of the Kering group, met with Bizzarri and proposed an exorbitant salary. This was not only at the expense of the corporate group. The Italian treasury would also pay heavily.

This is revealed in a mail to Bizzarri, which came shortly after the meeting. Kering’s managing director Jean-François Palus, the right-hand man of Pinault, confirmed the offer: “You will see in the attached documents that, given your status as a non-resident in Italy, the salary components give an estimated total remuneration of 8,041 K Euros as net salary.”

That means 8.041 million Euro in the Gucci boss’s pocket.

The residence in Switzerland was not the only trick. Bizzarri had two employment contracts - one with the Italian subsidiary Guccio Gucci, and a second with a letterbox company in Luxembourg, Castera. This ‘shell’ firm in Luxembourg was already set up to employ Bizzarri at his previous Kering job at Bottega Veneta.

“We suggest two employment contracts,” said Pinault's close aide Jean-François Palus. The first was an employee contract with Castera in Luxembourg - worth 5.8 million Euro per year, and the second a director's contract with the Italian company Guccio Gucci at 3.6 million Euro.

Here appears to be a sleight of hand:

“Mr. Bizzarri does not carry out any activities as an employee in Luxembourg,” wrote the Castera tax consultant in a 2013 email. The salary is therefore not taxed in the Grand Duchy. “In all papers we have stated that Mr. Bizzarri is a Swiss resident.”

Therefore income for the Italian CEO of the Italian brand flowed through Luxembourg, and landed in Switzerland, where it fell under the tiny tax rate for super-rich foreigners.

According to Kering’s internal calculations, Bizzarri paid 146,000 Euro in taxes in Switzerland on his 5.8 million Euro salary through Luxembourg.

However Bizzarri would have to pay at least some tax in Italy. The remaining 3.65 million Euro is paid by the Italian company Guccio Gucci, using a deduction at source of 1.2 million Euro. This equals 33 per cent of the Swiss resident’s income, in contrast to the rate of 50 per cent he would be expected to pay on all taxes as a high-earner resident in Italy, according to Mediapart’s calculations.

And how do Gucci and Bizzarri respond?

According to one source, the boss of Gucci decided in 2017 to become an Italian tax resident. Asked to clarify this alleged recent change in status, Bizzarri himself refused to respond, even after a clear period of time to reply.

We also asked François-Henri Pinault and Marco Bizzarri to clarify several other points about this scheme. Is it legal? Is this the only example in the group? Has the Luxembourg shell company Castera been used by the group to pay its other executives using the same arrangement?

To these and other questions, our requests for further information and clarification remained unanswered.

This version by The Black Sea