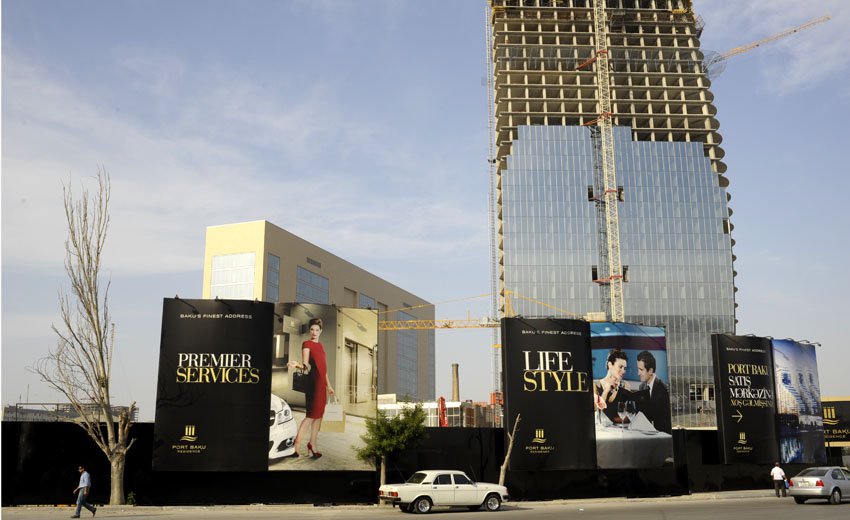 Members of Azerbaijan’s ruling family have been shareholders in at least four offshore companies, potentially in violation of the Caucasian country’s own law.

The Aliyev dynasty is linked to a corporate mogul who has won building contracts worth billions of dollars in Azeri President Ilham Aliyev’s massive construction spree.

The businessman, Hassan Gozal, is tied to the president’s family through secretive offshore companies.

Gozal is the director of three British Virgin Islands (BVI) companies set up in 2008 in the name of the president’s daughters, according to secret documents obtained by the International Consortium of Investigative Journalists (ICIJ).

The daughters were 19 and 23 years old at the time.

The documents obtained by ICIJ also show that the president and his wife, Mehriban, a member of Parliament, acquired their own BVI company in 2003, Rosamund International Ltd.

Why the presidential family established these companies is unclear. What is evident is that the family took steps that obscured its involvement in the companies, using agents to register and direct the companies, at least on paper.

The presidential family and Gozal did not respond to repeated requests for comment.

The timeline of Ilham Aliyev’s ownership of the offshore company raises questions about whether he violated constitutional provisions against members of Parliament operating or owning businesses, according to Annagi Hajibeyli, president of the Azerbaijani Lawyers Association, a group that is often critical of the government.

Ilham Aliyev was still serving in Parliament when he was director and shareholder of the offshore company in early 2003.

He became president of Azerbaijan in October of that year. The records show that the BVI company was in good standing until May 2004.

In addition to the constitutional provisions relating to members of Parliament, Azerbaijani law also forbids state officials involved in overseeing business from being involved in business themselves, including being shareholders in companies, according to Hajibeyli and Alimammad Nuriyev, a lawyer and director of Azerbaijan’s Constitution Research Center.

“Ilham Aliyev violated this law if he was involved in business activities during the period when he was a member of Parliament . . . or president,” Hajibeyli asserted.

ICIJ sent questionnaires to Ilham Aliyev and his wife Mehriban via email and post mail. The president’s press office offered no response to the questions raised by ICIJ. Letters sent to the president’s daughters, Leyla and Arzu Aliyeva, also went unanswered.

Arzu and Leyla Aliyeva acquired their BVI companies in December 2008, two months after their father was re-elected for a second term as president, secret documents show.

One of these companies was Arbor Investments and was registered under Arzu’s name.

Other BVI companies list Leyla as the owner of LaBelleza Holdings Limited and Harvard Management Limited. For all three companies, the same offshore middleman was used — Malaysia-based Naziq & Partners — and all are registered by Portcullis TrustNet, a Singapore-based offshore services provider.

Other apartments in the building, one of the area’s most exclusive towers, are more than 6,000 square feet each and have asking prices close to six million USD.

Hassan Gozal, the corporate mogul listed as a director of Leyla and Arzu Aliyeva's companies, is a busy man.

He and his brother, Abdolbari, both originally from Iran, conduct a wide range of businesses, mostly out of Dubai’s Jebel Ali Free Trade Zone. Hassan Gozal is the CEO of a dozen companies operating under the umbrella of a mega-company called Intersun Holding, where Abdolbari is president and Hassan vice president.

The brothers have benefited in indirect ways from the country’s oil wealth — thanks to an oil money-financed building boom that’s transformed the cityscape of Azerbaijan’s capital, Baku, into a forest of high rises.

Their companies have won construction contracts in and around Baku totaling some 4.5 billion USD.

Their holding company, Azersun, is building an ambitious resort development, the two billion USD Dream Island, which will cover 300 hectares near Baku. Another company they control, Dia Holdings, has won 2.5 billion USD in construction contracts in Azerbaijan, much of it financed by public money.

Dia’s projects include the Fairmont Flame Towers in Baku, three curving glass-walled buildings whose shape pays homage to the vast natural gas deposits in the region. Dia is also behind luxury villas built for the presidential administration and the Heydar Aliyev Center, named after the president’s father, who was his predecessor as the country’s chief executive.

Hassan Gozal did not respond to repeated attempts by ICIJ to seek comment from him via email and telephone. 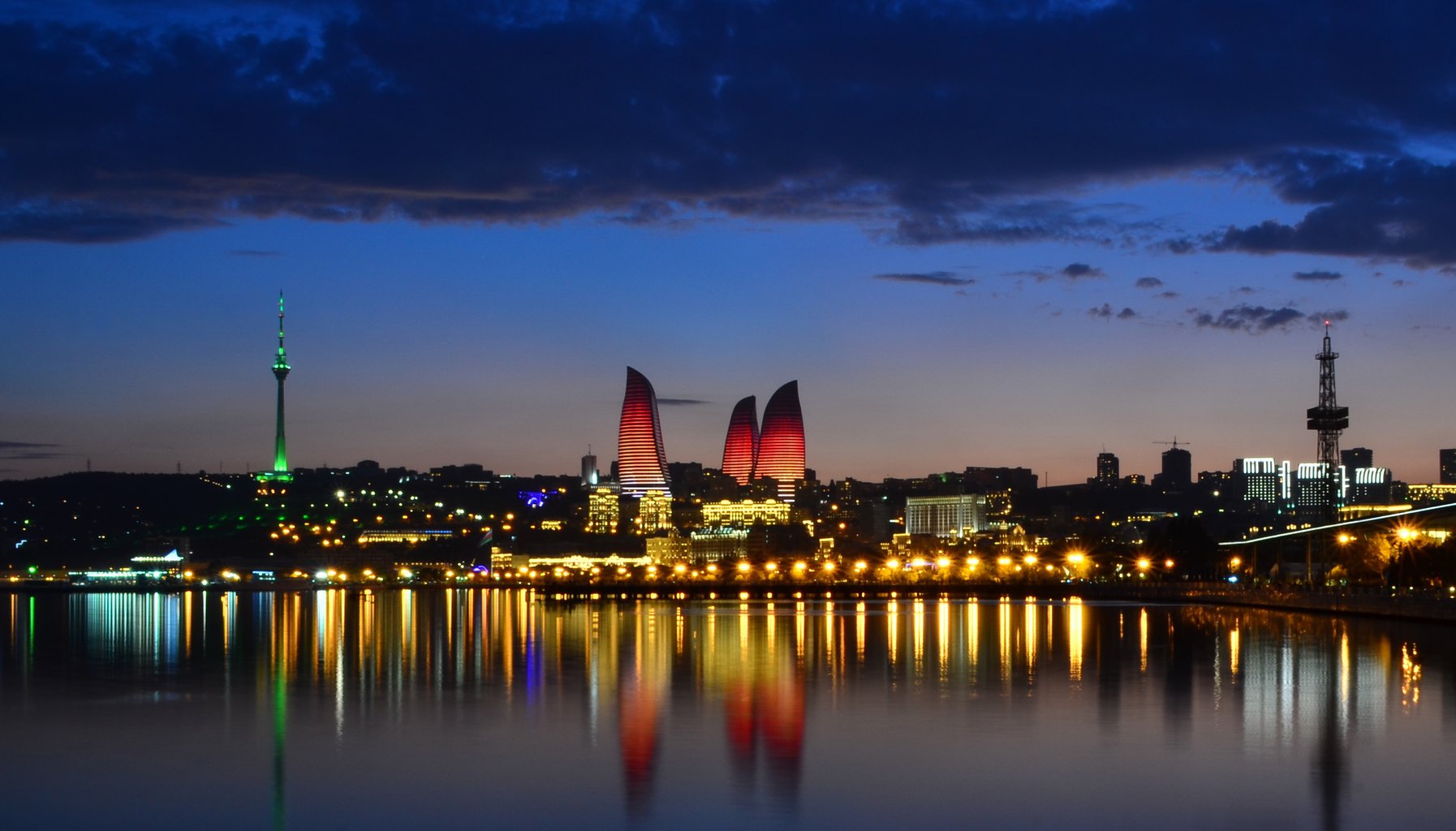 Questions have been raised for years about the first family’s financial dealings.

In 2010, The Washington Post found 75 million USD worth of real estate in Dubai whose owners had names and ages appearing to match those of President Aliyev’s three children.

Nine mansions were purchased in 2009 for about 44 million USD, far more than President Aliyev’s 228,000 USD annual pay, the Post noted, and “roughly 10,000 years’ worth of salary for the average citizen of Azerbaijan”.

According to Dubai property records, the purchaser of the mansions, Heydar Aliyev, was 11 years old at the time. Arzu and Leyla’s younger brother, Heydar, have a matching birthdate.

Documents obtained by ICIJ show the parents acquired their own offshore company, Rosamund International Ltd., in early 2003, using a reseller of offshore entities in Singapore, DBS Trustee Limited. The couple were named as directors and shareholders, listing a personal address in the Jebel Ali Free Zone in Dubai.

Ilham Aliyev ascended to the presidency in Azerbaijan shortly after the company was created. The company became dormant in 2004.

On paper, Azerbaijan is making strides towards accountability. The country has signed several international agreements relating to transparency and graft.

Corruption prosecutions, however, have largely been confined to low-level officials, according to Global Integrity, a Washington-based research and advocacy group.

The Aliyev family has held power in Azerbaijan for decades, long before the country was a country.

President Ilham's father, Heydar Aliyev, was a member of the NKVD, the Soviet secret service, in the 1940s, and in the 1960s became the head of the Azerbaijani KGB. In 1969, he became the leader of Soviet Azerbaijan, a position he held for almost 20 years, until he was forced to resign amid corruption charges.

After the Soviet Union collapsed in the early 1990s, Aliyev regained power in the wake of a military coup, taking over presidential powers and then winning the presidency in a national election in October 1993. He remained president for a decade.

Just before his death in 2003, his son Ilham inherited the country’s leadership from him, winning the presidency in an election that many outside observers claimed was rigged in the son’s favor.

In June 2012, in the wake of media reports about the presidential family’s business interests, Azerbaijan’s parliament voted to put a veil of secrecy over information about companies based in Azerbaijan, restricting public access to details about corporate registration and ownership.

The parliament also voted to give the president and first lady lifetime immunity from criminal prosecution.

- Khadija Ismayilova and another Azerbaijani reporter who wishes to remain anonymous for safety reasons contributed to this story.