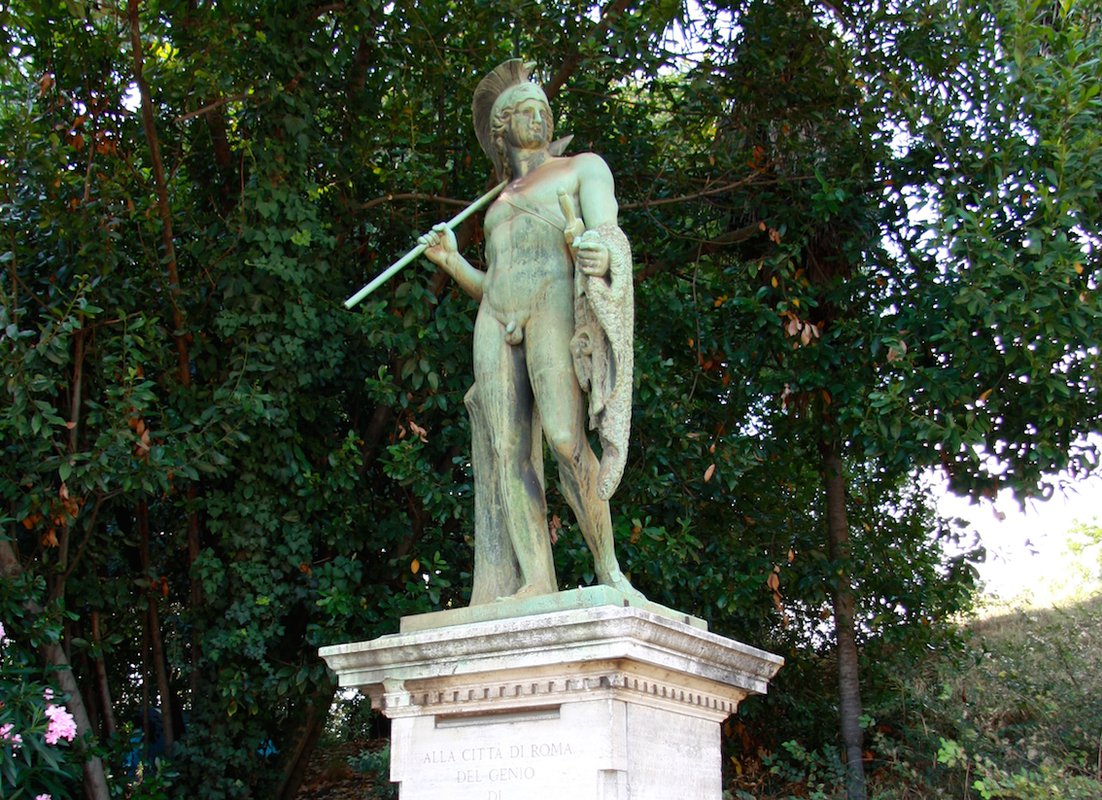 A taxi driver told us where to find boys. His name was Mario. He wasn’t an average taxi driver. He ran an NGO helping women convicts land jobs after they left jail. Also he was an anarchist. And a former soldier who was incarcerated in a military prison after pouring a pan of spaghetti over his senior officer.

Now in his fifties, Mario knew the streets of Rome. He had socialised with murderers and generals. The high and low life of the eternal city. So he was the perfect man to show us exactly where we could see men soliciting boys for sex.

“It’s the opposite of women,” said Mario. “The client hangs out and waits for the boys to arrive.”

We knew from talking to charities, experts in prostitution and east European ex-pats that young Romanian men were the number one nationality of male vice in Rome.

This was not a sleazy part of the Italian capital. If such sleaze even exists. Here were the austere steps of Piazzale Simon Bolivar. At its summit was a brass equestrian statue of the Venezuelan freedom fighter. Nearby were the grand chambers of the Museum of Modern Art.

At the corner of a stone wall, halfway up the steps, and sheltered by an overhanging tree, stood a short 35 year-old man in sunglasses and an upturned collar. Next to him was a bike.

As we moved close to him, he crouched down with a bicycle pump in his hand, ready to inflate his tyres.

We walked into a small grove of cedars and stone pines. Here was a brass bust of Chilean independence leader Bernardo O’Higgins, taking a less prominent position than his Venezuelan counterpart. In the bushes was a blue one-man tent. It was occupied.

Opposite Bernardo O’Higgins was a broken blue chair. Scattered on the ground were empty packets of Durex condoms, Camel cigarette butts and Lube, trampled into the mud, branches and pine needles.

I took a photo with my phone.

It was a bad photo.

It even had my feet in it. 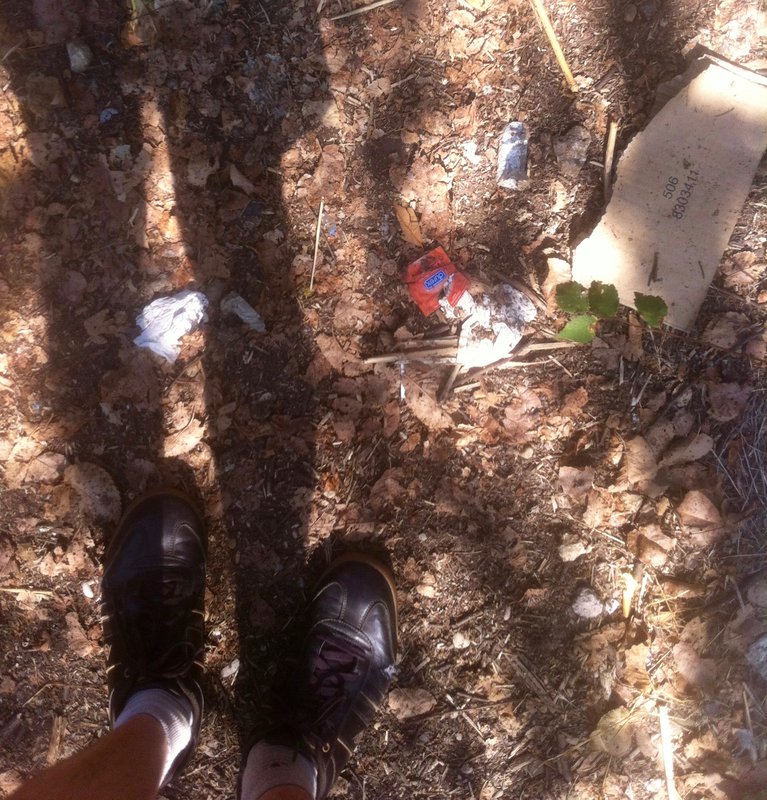 This is where Italian men have sex with Romanian boys - thought to be over the age of 16. The men wait near to the entrance of the grove. Usually older men, as younger men don't need to pay for sex. They stand like lost tourists waiting for a guide, the boys come up to them, they negotiate an amount, and go into the bushes.

But right now there was only one man with a bike. We walked past him on our way out of the grove, and he was still crouching down, with the pump in his hand.

I don’t think he was inflating his tyres.

He looked at us, through his sunglasses.

He seemed to be worried (although we could not be sure - because he had on sunglasses).

Perhaps he was thinking ‘you know that I am not really inflating these tyres. But I am going to keep on pretending that I am, so that you won’t think I am waiting for some Romanian boys.’

But there were no boys.

We needed a new strategy. We went to the outdoor Caffè della Arti, part of the National Museum of Modern Art, and ordered some coffee and water. It was a hot day. Refreshment was essential. But these drinks were expensive.

Then we took turns to walk around the area, seeing if we could find old Italian men or Romanian boys.

I carried a bulky camera and stood behind stone walls trying to take pictures in secret with a long lens. But my lens was not long enough. And there was nothing for me to photograph.

Then I spied a 60 year-old thin man in cap and shades and shorts, slightly sunburnt and looking around at the edge of wall with a small bum bag around his shoulder.

I went back to the cafe, and then my colleague took over the watch.

After ten minutes we realised that it looked as though the only people wandering around looking to procure young Romanian boys were us.

Half an hour later, we saw someone we suspected could be a prostitute. A young man, between 18 and 25, with slightly dark skin, short hair at the sides and a small beard.

We took a picture with a phone. 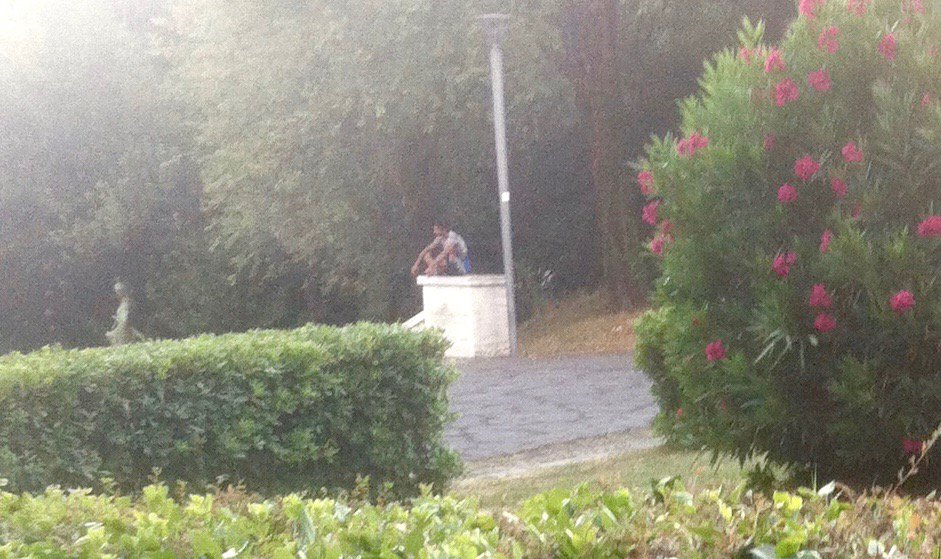 He started talking to the old guy.

The conversation seemed to be neutral, but cordial.

Then the younger man walked into the bushes with his telephone, came back, and showed the older guy something on his screen.

What did this picture show?

We were too far away to see.

Then the 'client' left. And the young man in shorts walked in and out of the bushes, seemingly on the hunt for someone else. Did we talk to him? We were staking him out. So we didn’t talk to him. Which was stupid. Did we talk to the old man? No. But we didn’t speak Italian.

We stayed in the cafe for a long time. The waitress kept asking if we wanted anything else. And we did that thing where you order the cheapest item on the menu. Which was a small water.

Then she bought us the bill - which we hadn't ask for.

I think she hated us.

Did we hang around to see if more Romanian boys were arriving. Yes, but we were walking around with big cameras - or trying to take pictures craftily with our phones. Either the people looking for boys saw us, and became scared, or they were not there.

So we walked back to the grove, which was empty. Someone was coming out of the blue tent.

Who could it be?

It was a tramp with a muddy face and torn clothes.

We looked to the other side of the street. Opposite where Italians have sex with men in bushes.

The building that was standing there. 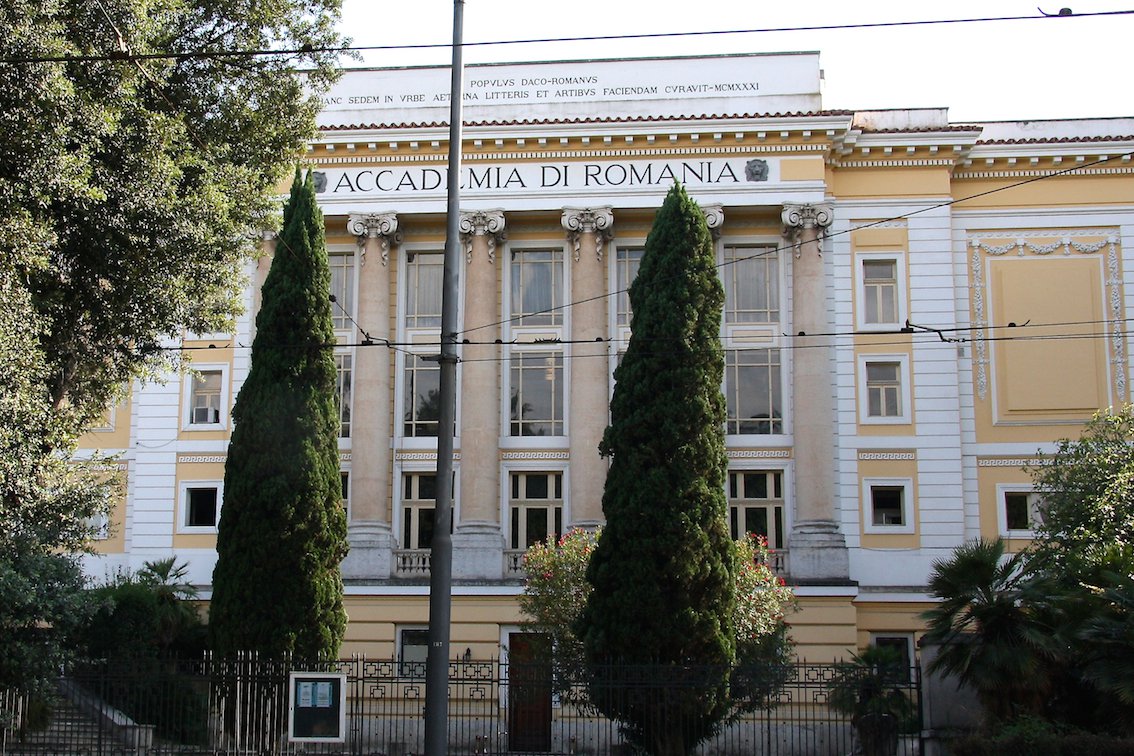 The Italian branch of the Romanian Academy. Inspired by the Académie Française, this is an institution that aims to “gather the preeminent personalities of Romania’s intellectual life” to build progress in science and art through reflection and action.

I took a picture of the gated classical mansion with its mission statement sculpted in Latin.

And we remained without a story, standing next to a broken chair, on a carpet of cigarette ends, used condoms and muddy jars of empty lube.

You can read a more thorough exploration of Romanian prostitutes in Naples here- and thanks to Cecilia Ferrara, who helped us, but was professional throughout