Riding a relic of brotherhood - Braving the Bucharest-Chisinau Sleeper

The means of transport to Moldova from the west are limited. There are expensive flights and overcrowded buses, but for those looking for a retro-chic experience of real travel, there is only one option - the overnight train.

Moldovan writer Lina Vdovii has written a passionate account in the Romanian magazine Dilema Vechi about the fading grace of this service - a Soviet-era chain of sleeping cars from a time when the line would link the glorious Socialist brotherhood of Bulgaria, Romania and the USSR.

In her account, waiters serve hot pretzels and steaming tea in a buffet wagon, while the guards wax nostalgic over how the train was a vehicle for black marketeers and drunken students.

But now the train - named Prietenia (Friendship) - is no more than a relic of hope in a great industrial future, and a rusty iron handshake between Moldova and Romania.

Lina traveled in first class and met some fascinating characters but, being English, I decided it was too expensive, so I opted for second class.

I didn’t meet anyone.

But this is what happened: 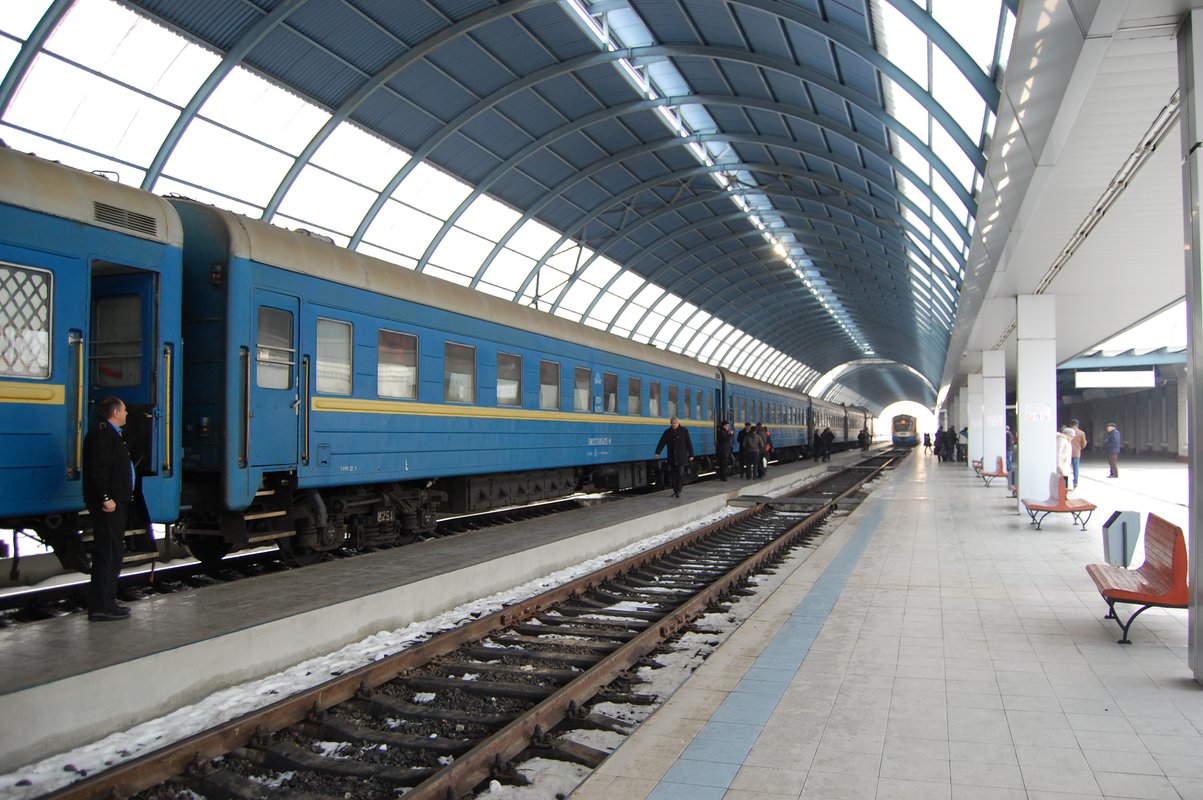 The express train to Hungary - a sapphire-colored bullet - stretches out from its platform in a silent and smooth movement.

Two fat dogs chase after the train, barking and running on and off the tracks. Their legs risk being trapped in the wheels, leaving a bloody mix of paw, bone and ligament spinning through the undercarriage to Budapest.

Inside the dark second class wagon to Chisinau, I find my seat in a booth accommodating four people.

Scuffed brown and grey carpet lines the floor and the walls. Two beds are laid open above me. On these are rolled-up mattresses. Between the seats are a table and a small pot of plastic flowers. Behind is a white curtain held up by a long piece of wood across the windows. I draw the curtains. The wood falls from its breach and onto the floor. I try to put it back. I succeed. It falls again. I leave it on the table.

The levers creak. The brake loosens. The carriages move from the city and out into the rich and hot plains of Muntenia. No one will be staying in this booth with me.

In the corridor, thin red curtains drape from every window. Red pelmets hang above. Across their fabric is printed the Socialist Realist insignia of the Moldovan Railway Company. All the windows are open. The curtains gambol. The pelmets shimmy. As the sun goes down, the rays penetrate the thin linen, sparkling through the fading cloth.

Passing by my booth, a guard deposits a plastic bag of blankets and pillow cases. I kick off my shoes and lie down on a red leather couch. I listen to the rhythm of the wheels against the tracks. I look out at the verdant summer of the farms and the villages. Soon it darkens. I turn on the light and read Orhan Pamuk’s 17th century thriller about murder among rival miniaturists - ‘My Name is Red’.

But there is a smell. A familiar smell. A strong smell of urine. Yeasty. Like the urine of a cow. But aged. As though the urine has been frozen in the furnishings for some centuries - and only now been thawed.

I try to find the source. I check the red leather sofas. Above me, I smell the mattresses. A sweaty hue. Below the cheap, byzantine-style carpet wreaks with a choking horror that invades my nose. Sickens my throat. I think about moving the carpet outside. But I do not want to bring attention to myself. I stay reading my book, ignoring the fetid air.

As I lie back, from the radiator next to the window emerges the black legs of a small insect. It creeps up between the railings of the iron grill. Its legs acute like a spider, its abdomen green, shining, almost emerald. I swear it makes a squelching noise as it moves.

Fearful, I pick up my copy of Orhan Pamuk’s ‘My Name is Red’ and slap it down on the beetle.

I glance at the book jacket to see the remains of the squished body. But there is nothing there. I look to the grill. The creature has vanished.

I need to go to the bathroom. It rests at the edge of the carriage. A rusted iron cabin, stuttering in rhythm with the rocking freight. Inside are only metal fittings - sink, toilet and taps - scratched and battered.

The toilet bowl has a view onto the passing tracks. On the floor is a plastic lattice-cut mat, steeped in inches of pee. So this is the reason for the urine in the booth. Men come to the toilet. They try to relieve themselves through the gash into the tracks. Because the shaking of the carriages is so fierce, their pee scatters everywhere except into the bowl. This creates a pool of urine. Every passenger who visits the toilet soaks their shoes in it. They leave the toilet. They step on the carpet, treading the swill into the fabric. Hence the carpet smells of urine. This is why the aroma is so intense and complex. Because it is not one person’s urine - it is a blend.

Almost ten PM. I believe I should sleep. I put down Orhan Pamuk’s ‘My Name is Red’. Above me is the rolled-up mattress. This I unravel. Its links uncoil on the red leather. Staring me in the face, from the grey and open mattress, is a bloodstain.

I put the bed linen on the mattress and lie down. I turn off the light. Outside the clattering of wheels on rails continues. A horn bellows whenever the train approaches a curve. The occasional light flashes on the windows. I think about the insect in the grill. I will not sleep.

Morning. Three in the morning. The door to my booth jangles open. My face tired. My eyes heavy. Two uniformed Romanian border guards stand there. A man and a woman.

I wonder if they can smell the urine in the carpet.

What are they thinking? He must have done this... He is the only foreigner on the train - and what kind of man is he? - a stranger who crosses the border between Romania and Moldova - why? - for the pleasure of discharging his bladder onto the floor of the train. And not just any train. Of Prietenia. The Englishman who pisses on our symbol of trans-national solidarity. Our Prietenia.

I want to blurt out to the guards - “That urine is not mine!”

I prepare myself for how to say this in Romanian - “Pipi nu este al meu!”

For the Moldovan border patrol, I attempt to work out how to say this in Russian - “Ya ne mochilsaya zdes”.

I think this means “I did not urinate here”.

However it could imply that I did urinate in another part of the train.

I keep my mouth shut.

The female guard asks me why I am going to Moldova. Are you a tourist? I am, I say. Do you have anywhere to stay? she asks. I tell her the name of my hotel. She does not seem satisfied with my answer. But what can I do? And what can she do? She sighs. Moves on to the next booth. This, like the others, is empty.

Another woman is standing at the door of the booth. She is dressed in a dark blue dress. Her eyes are half-shut. Her face is white. She is carrying a clipboard.

I look at her.

She does not change her expression.