The recent extradition of Football Leaks whistleblower, Rui Pinto, who unearthed pivotal revelations of public interest, offers a unique opportunity for the European judicial system. To effectively fight corruption, the European Union must protect its whistleblowers 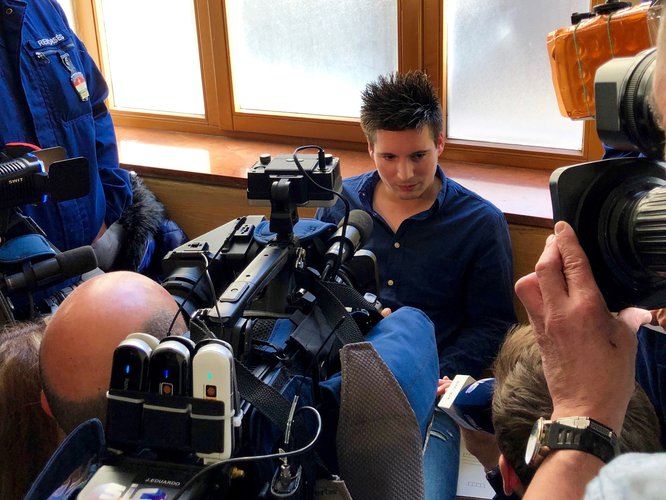 
On April 16, the European Parliament voted to adopt an historic agreement on whistleblower protection with a directive to protect citizens that reveal breaches of public trust and abuses of power due to come into force later this year. It is the first time a uniform law has been passed that applies to employees, non-employees, former employees, the self-employed and also their families. It is a step in the right direction to protect all individuals who come forward with key public interest information - the whistleblowers. Thirty-year old Rui Pinto, from Portugal, is among them.

Linked to “Football Leaks”, which exposed major wrongdoings in the football industry, Pinto has been charged with hacking and attempted extortion, and is now in prison in Portugal awaiting trial.

Football Leaks are key revelations of high public interest that have been investigated and published by major European media organisations including Der Spiegel, Mediapart, El Mundo, Le Soir, Falter, NRC, Politiken, The Sunday Times, Reuters and other members of European Investigative Collaborations (EIC Network), which include The Black Sea, since 2016.

As one of the publishers, Mediapart, has highlighted, none of the published articles provided grounds for defamation, which attests to the accuracy of the information Pinto provided. In fact, many of the Football Leaks revelations initiated judicial investigations across Europe, including France, Belgium, Switzerland, Spain, and even the United States. The Football Leaks are also part of a line-up of revelations, including Luxleaks, and the Panama and Paradise Papers that European Commissioners are sifting through, for financial crimes.

For all these reasons, The Signals Network, joined by Reporters Without Borders, Freedom of the Press Foundation, Blueprint for Free Speech and The European Centre for Press and Media Freedom are calling for support for Rui Pinto, especially from all those committed to defending press freedom and public interest journalism.

Despite increasing support from the general public, European football fans, and European policy makers, Pinto is in detention at a precarious time. His case has brought competing interests at loggerheads. While one side is focused on penalising whistleblowing, the other is intent on fighting corruption by protecting whistleblowers.

While the Portuguese authorities are willing to prosecute Pinto, European counterparts, such as France and Belgium rely on the evidence he provided to advance their investigations of football players and clubs, and need his testimonial support. We are heartened to see prosecutors from nine countries cooperating to explore evidence from the Football Leaks as part of a new initiative of the European Judicial Cooperation agency, Eurojust. That Pinto has been awarded for the European Parliament GUE/NGL Award for Journalists, Whistleblowers and Defenders of the Right to Information, is further proof of acknowledgement, and from the highest ranks of the EU.

The French, Hungarian and Portuguese legal team (William Bourdon, David Deak and Francisco Teixeira da Mota) representing Rui Pinto and supported by the Signals Network are confident that these developments strengthen their defence of Pinto.

Not extending sufficient protection to the sources of the information used as evidence to fight corruption is not just a double standard. It is a regression in EU’s battle against corruption.

As the European parliamentary elections approach, it is time to protect not just the citizens who come forward with public interest information but also the information itself, which will serve the long term goals of justice and accountability.

To mark the beginning of a new era of transparency, we urge that European institutions fully implement the directive and afford comprehensive protection of whistleblowers, starting with Pinto. Acquitting Pinto from the current charges will allow him to fully participate as a protected witness, in the series of investigations that the American and European Judicial systems have undertaken.

Philippe Lamberts, co-President of the GreensEFA Group in the European Parliament

The Signals Network, founded by Gilles Raymond, a successful French entrepreneur, operates in Europe and North America. It partners with seven media groups representing a cumulative audience of 144 million readers in four languages.