'HIV changed my life - but in a better way'

“I am not a victim,” says communication specialist Monica from Bucharest, “but a person was has survived and can have a normal and healthy life.” 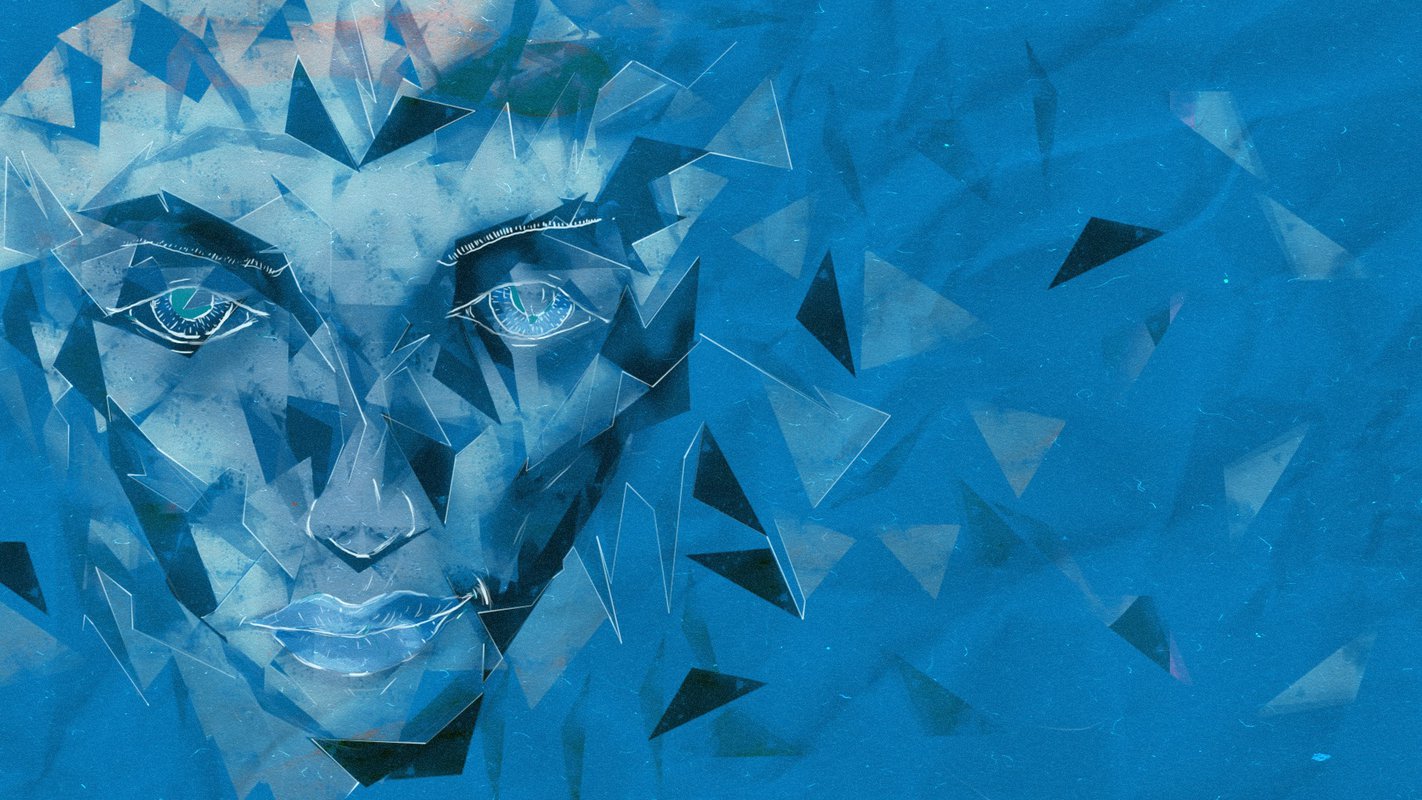 Smart, confident and speaking in perfect English, 34-year old Monica talks about her background and achievements.

She couches information in amusing and profound anecdotes - locking in on eye contact, seeking a route to empathy.

It feels as though she is outlining her experiences for a job interview for her profession as a communication specialist.

Instead she is recounting how she has lived with HIV and the medication to suppress the virus for 14 years.

“I was 19," she says. "Glands were swollen in the back of my neck. It was like two little horns raised up on the skin. My mother and father took me to the doctor, who told me ‘You might have love bites’.”

“I took some more tests in hospital. The specialists suspected I had lymphoma cancer. Then I found out I was HIV positive.

“I don’t know how I contracted disease - probably from sex. When I was 18, it was an experimental year. I had left school and taken time out to pass the exams for the University. I was clubbing and had one night stands and boyfriends for no longer than three months. I knew nothing about their background. I did not ask.

"I never thought that HIV could be that close to me. At that time, I knew about HIV only from movies.

“Who gave me the disease? I could not say it was this guy or that guy. I had an idea, but I never wanted to know. I am not sure why.

“When I found out, I had a reaction I could not explain to myself. I was laughing. I was OK with it.

She bows her head and lets out a laugh. “For me then, I think I just wanted to get sick.

“From that time, I remember little - only images of my mother and father, together we were watching comedies on TV and someone mentioned HIV and I started to cry. I do not remember my state of mind. I wanted to forget and I forgot."

"You know who your friends are"

“My friends were shocked, but appreciated my honesty. I wanted to tell them - this is not defining me: I am not HIV. I am the same person. I found out who were my friends and who were not. That was the best thing that happened to me.”

At University, Monica enrolled in journalism and philosophy.

“Before I memorized the words in books on philosophy, but did not understand what they meant. After my experience with HIV, I realized that philosophy could help. It made me step forward. I liked Descartes. The idea of the duality. That there are good parts and bad parts to a person - and you cannot separate them. We are the whole. This explained my attitude, my thinking and my beliefs.”

After University, Monica worked in a company importing construction materials to Romania, rising from a secretary to human resources director.

“While working there, I had trouble sleeping. My medication for the virus, which I took in the evenings, caused me insomnia and I never came to work at nine o’clock. This was unacceptable for my manager.

“At the end I had a misunderstanding with the boss over money. I was kept on a salary that was too low and the executive director told me if I wanted more, I could find another job.

“Before I left, I told him:

‘You want to know why I didn’t come into work on time? I have HIV.’

“He sat back in his chair, open-mouthed, saying:

‘Really? That was why you were late?’

"I left him like that. I didn’t care any more.”

She then took on a job in communications in an EU-funded project training Roma mediators between communities and public authorities.

“I was ignorant. I had an attitude that discriminated against the Roma, such as assuming someone is a bad guy because they are a Roma - or calling someone a gypsy. I started to question myself. Is this my attitude or one I have taken from my friends and my parents? This is not someone I want to be. But it was the same with understanding people’s prejudices against my HIV.

“My life changed completely and I became a communications specialist, implementing campaigns and organizing events. I was open with everyone about my virus. They could not believe it. But their reaction was ‘OK - you did not choose this thing, so why should you be blamed?’”

Monica soon staked out a career in projects for the Ministry of Education, teacher training and working for international companies.

"I had to defend my dignity"

“In one job at an Austrian branch of a consulting firm, I told my boss I was HIV positive. She called the doctor of the firm who told her it would not affect my work or my colleagues, and that I can do the job. But still my boss wanted me out of the office. Even though she had no real reason, she fired me.

"I started a lawsuit. The way she fired me was abusive. Her lawyer tried to find errors in my work - a reason to sack me. They even called my other employers to inquire about my work. The lasted more than four months. But this did not go further because we reached a financial settlement.

“I had the power to go through all this and do something to defend my dignity. The best part of this experience is that afterwards, I started to work on the same projects I was working on in the company, but this time in the beneficiary’s team and in a management role.

“That’s my life. Bad things happen to me for being open about my status, but the reward is much more than I could ever think about."

"For some boyfriends it was hard to accept, for others not"

“It was not difficult with boyfriends. I was open all the time and they knew from the start. For some it was hard to accept, for others it wasn’t so hard. They had to go through an entire process in which they analyze their feelings against stereotypes versus new information about the virus.

"They accepted me. I was fortunate. Now I am in the process of divorcing, because of problems in relationships - as anyone else can have - not because of my HIV status.

“With one boyfriend, the condom broke and I became pregnant. Because of the medicine at that time, I could not go full-term. The baby died at two months and the doctor had to induce the fetus.

"I was at risk of having an infection and I was referred to a gynecologist in a private hospital. But the doctor did not have time for me until a week later. Then she made me wait four hours in her reception room. After that she said she could not operate on me because: ‘we do not have instruments for people like you’.

“‘What can I do now?’ I thought. Someone has to help me. I am paying for this. I started to cry. I went home. Eventually I went to Giulesti Maternity Hospital in Bucharest.

“All the nurses knew some girl was coming who was HIV positive. Each one looking around the door and then talking with one another, saying - ‘Yeah, yeah, it’s her, that’s the girl’.

Monica has now taken a new type of medication, which allows her to become pregnant.

“I still want children,” she says. “The chances of the child having HIV are close to zero, as long as I do not breast-feed. I have the right medication to have a pregnancy - but I am divorcing now, so I will postpone this.”

"I do not have regrets"

Monica's plan is to become more involved in drug education, to communicate to clubbers the dangers of new drugs made from synthetic stimulants.

“Why do I want to do this? Because drugs really helped me. I needed to talk about my problems. After I knew about my HIV, I started taking MDMA and smoking weed. I was freely talking about my HIV with everyone who asked me about the virus. I wanted them to know what happened to me and share more information about the virus and tell them that it was here next to them. It helped me come to terms with the issue.

Monica says the virus has allowed her to educate her friends and her colleagues how it is possible to forge a satisfying career despite her status.

“I don’t have any regrets about this. If this didn’t happen to me, I wouldn’t be the human that I am right now. I would be doing something that I would not like. I would never be involved in NGOs.

"For sure I would be more ignorant than I am. It changed my life, but in a better way. I have not been a victim of this.”

Read our other stories on HIV in east Europe

Ukraine: 'Moving to a village should be an exit strategy for a heroin user - but it was a big mistake'

Moldova: 'My wife and I both found out we were HIV positive - that shows it must be love'