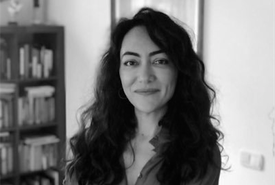 Sebnem is a journalist who has been covering Turkey and its region for over 20 years.

She opened the Turkey bureau for the Associated Press Television in Istanbul in 1996 before she joined Reuters News Television as a senior producer in 1998. Her career in print journalism started in 2001 with the New York Times where she became the first Turkish correspondent of the paper, reporting mainly on Turkey for nearly 15 years.