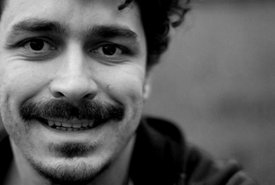 Stefan Candea is a freelance journalist and co-founder in 2001 of the Romanian Centre for Investigative Journalism (CRJI), an investigative non-profit registered in Bucharest, Romania.

He is the co-founder and coordinator of European Investigative Collaborations, a network started late 2015. Stefan is also working on his PhD research with the University of Westminster, as an EIJC fellow, analyzing the structures of cross-border investigative networks.

Stefan started Sponge, an open and collaborative media innovation Lab for Eastern Europe. The Lab created this in-depth magazine, a lifeboat for journalism in the region.

He teaches investigative journalism at Bucharest University and was the 2011 Carroll Binder Nieman Fellow at Harvard University.

Between 2012 and mid 2013 Stefan coordinated, on behalf of CRJI, the ICIJ Eastern Europe research and reporting Hub for the Offshore Leaks Project. "Secrecy for Sale: Inside the Global Offshore Money Maze" was probably the largest cross-border investigative reporting collaboration in history and has been cited more than 25,000 times by other media organizations around the world.

Since March 2001, he has been a correspondent for Reporters sans Frontieres in Romania.

Candea is a member of International Consortium for Investigative Journalism and has won several awards including the IRE Tom Renner Award, the Overseas Press Club of America Award for online journalism.

He worked for Deutsche Welle, for print, radio, TV and online and he did freelance research and production work for several foreign media outlets, including the BBC, Channel 4, ITN, ZDF, and Canal Plus.

He started as an investigative journalist for the Evenimentul Zilei newspaper in Bucharest, in 1999, where he covered the connections between international organized crime networks and high-ranking politicians and public servants. One article showed the links between La Cosa Nostra and associates of the Romanian president and the foreign secret service director.