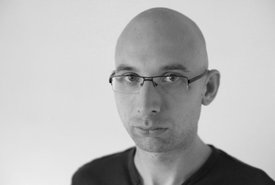 During my work as a correspondent there, I covered mainly social subjects usually labeled as marginal by mainstream media. For one of my stories, I was awarded the best feature writing in 2011 by the Romanian Press Club. In January 2012, I won the 'European Reporter 2011', competition organized by The Representation of the European Commission and the European Parliament Information Office in Romania.

In December 2011, I became a member of The Romanian Centre for Investigative Journalism. After a nine months experience as an editor for the Romanian portal of Yahoo! News Romania, I started a freelance career. My stories have been published by media outlets such as USA Today, Bloomberg BNA and Dilema Veche. Between January and March 2013, I worked as a reporter-in-residence with The New England Center for Investigative Reporting (NECIR) in Boston. For the last few months, The Balkan Fellowship for Journalistic Excellence, awarded by The Balkan Investigative Reporting Network (BIRN), was the perfect continuation of this learning experience.